I rarely work on a computer without the aid of a second monitor. My work setup actually includes my laptop and two additional monitors because I love having an expansive digital workspace.

So when the folks at  Odake offered to send me a prototype of their new ultra-slim BladeX monitor, I couldn't resist. Their Indiegogo crowdfunding campaign just launched this morning, and was fully funded in an astonishing four hours—but what makes the BladeX so special? I've been using it for the last week to put all of its unique features to the test.

According to Odake, the BladeX is the slimmest portable monitor out there. It's just 4.5 millimeters thick, and even though it weighs less than two pounds, it boasts a large, 15.6-inch screen and even has a battery built into the base so it can run even when it's not plugged into a power supply.

The BladeX can plug into your devices via either USB-C or HDMI, making it compatible with everything from laptops to video game consoles and even Android phones. It also has a touchscreen and two built-in speakers for playing your favorite videos and music.

I was immediately impressed with the BladeX's light weight and how easy it was to set it up. Unlike similar products I've reviewed in the past, it actually came with a charging cable that plugs directly into an outlet, which I appreciate because my USB ports are usually clogged up with my other gadgets. All I had to do was plug an HDMI cable from the monitor into my laptop and plug in the charger, and I was ready to go in its landscape mode.

The colors on the monitor looked as vibrant and bold as they do on my laptop screen, and though the monitor defaulted to being a little dim, I was able to adjust this with little buttons on its side. The outside buttons controlled the volume for the monitor, while the center button activated the monitor's menu. I find that these menus are a little tough to navigate on most external monitors, but after some tinkering, it didn't give me too much trouble. I also discovered that pressing on the down volume button for a second makes the menu go away, so you can return more quickly to your work.

One of the first things I did was test the BladeX's different monitor configurations. The landscape mode is the most intuitive, with the base on the bottom. In this mode, the monitor can prop up to basically a 90° angle, but also bend down at pretty much any angle you'd like until it's lying flat. The monitor can also be used on its side in portrait mode, making the screen more vertical. While this might be handy for coders, I don't think I'd get much use out of this. I also found that in this mode, the weight of the monitor unpredictably pushed down on the volume and menu buttons, but there may be a way to prevent this from happening in the future. 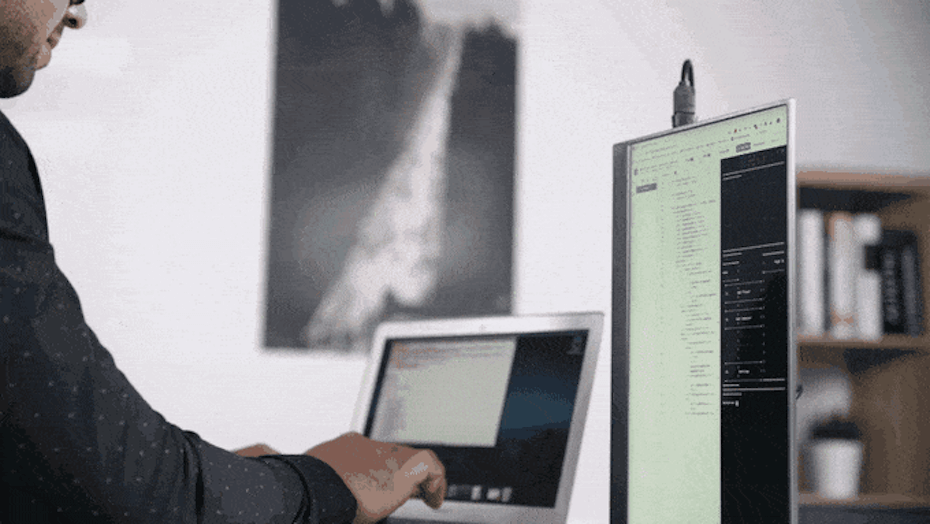 There's also an orientation Odake calls studio mode, which you can recreate by turning the monitor upside-down, using the stand to prop up the top of the screen, which can be handy for using it as a drawing tablet. While a touchscreen is one of the monitor's features, I unfortunately wasn't able to get mine to work during my time with the BladeX, possibly because I have an older Mac that lacks USB-C ports. 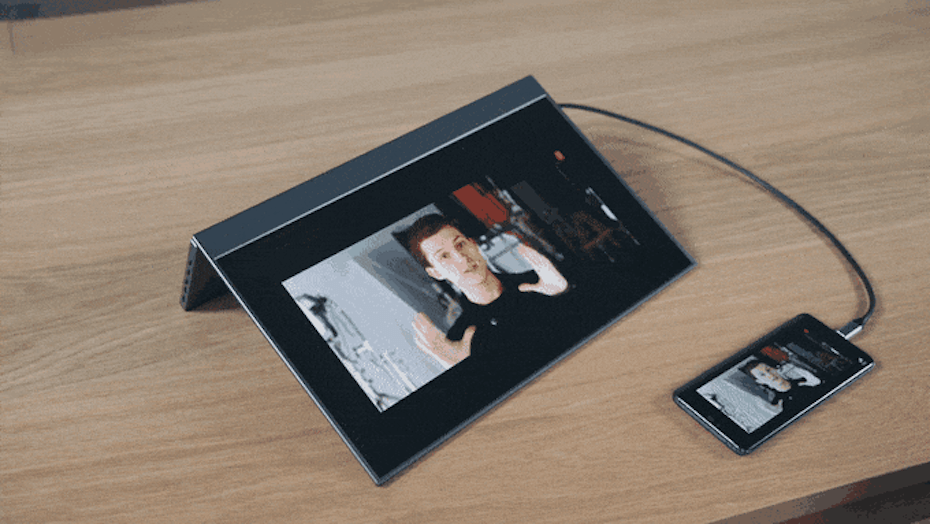 Since my prototype didn't include any kind of manual, I also wasn't able to figure out how to use the monitor's internal battery. Even after I had it plugged in overnight, whenever I disconnect it from its power source, it turned off immediately. Perhaps it's controlled by the small remote control that came with the monitor, but since the remote is powered by coin cell battery and I don't have any of those lying around, I haven't been able to test my theory. I'll be sure to update this review as soon as I learn more.

On the bright side, the BladeX has a couple of fantastic-sounding speakers. This thing can get loud, and even the lowest setting packs a punch, but if you use the volume settings attached to whatever player you're using, you shouldn't have any problem with it. 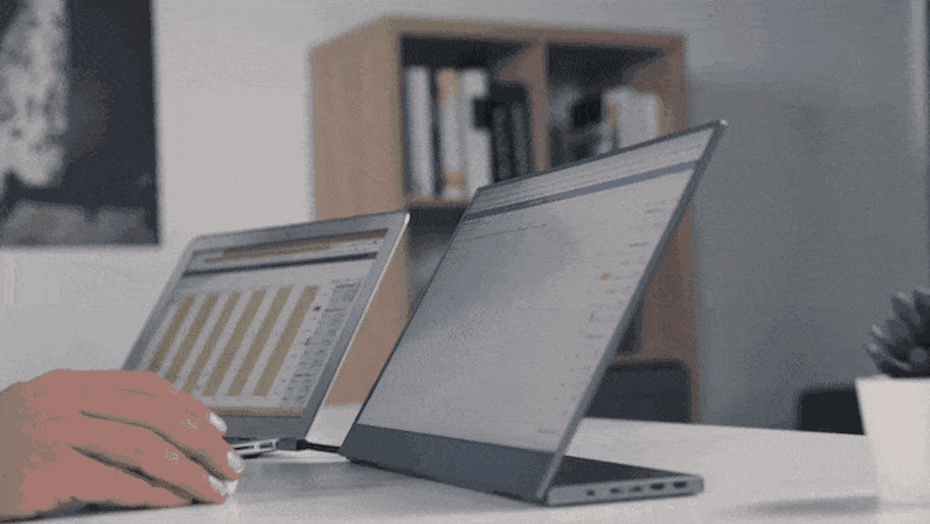 A secondary monitor should help you up your productivity and efficiency, and the BladeX definitely does that. It looks and sounds great, and it's super easy to set up and bring with you on the go. It's so slim and light that you probably won't even notice it in your backpack. Even though I ran into a couple of hiccups along the way in terms of its touchscreen and internal battery, it still gets the job done, and it does it better than a lot of monitors. If you're in the market for something super portable and relatively inexpensive, you may want to buy now on Indiegogo while they're still discounted.

If you want to explore your artistic side digitally, click HERE to find out why a Parblo drawing monitor might be your perfect match.