TikTok is the hottest social media platform right now, and music is one of its most vital facets.

And lately, this network of nonstop viral videos has blasted us to the past with some of the most epic tracks from the past. Love being reminded of some of the classic songs you used to love? Keep scrolling for 10 incredible songs that TikTok helped revive. 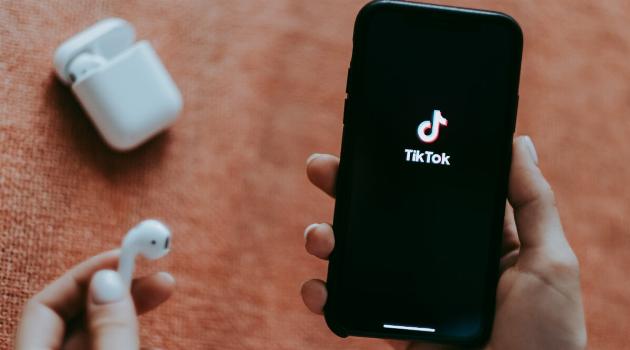 2008's "Love Story" is a top hit yet again thanks to a new remix by DJ Disco Lines. More than 5.4 million videos on TikTok use the remixed track, in part thanks to a trend where dancers show off their moves while the camera zooms out and reveals more of the scene. Disco Lines made it his own sound, but he pays homage to Taylor Swift's most romantic era, reminding us all of her fairytale days.

2. 'Talking to the Moon' by Bruno Mars

This early Bruno Mars track made a big comeback thanks to TikTok. This sound is perfect for comedic videos, such as the one below, with Bruno's heartfelt lyrics contrasting with silly everyday activities.

3. 'Put Your Head on My Shoulder' by Paul Anka

Paul Anka's classic hit "Put Your Head on My Shoulder" can be used for pretty much any video. We absolutely adore the ones that give us warm and fuzzy feelings, but those aren't the only videos we're getting. The sentimental sound is also great for highlighting humor or giving a video an old school sound.

Also read about: 9 Beauty Products That Blew Up on TikTok in March

Fleetwood Mac's "Dream" also has several unique remixes on TikTok, with the trend kicked off by user doggface208. We're not sure exactly why the smooth and sweet track is so perfect for this video of a man skateboarding down the street with an open bottle of cranberry juice, but it is, and more than 627k other videos also make use of the classic song.

5. 'Break My Stride' by Matthew Wilder

"Break My Stride" by Matthew Wilder was first released in 1983. The upbeat anthem has also seen a resurgence due to its optimistic sound and catchy beat, and no matter which trend it's being used for,  the chorus is what really gets people moving.

Madonna's "Material Girl" is another song TikTok has revived into a major hit. This bop came out in the '80s and is absolutely thriving on TikTok at the moment. While the sound is being used in all kinds of beauty transformation videos, recently it's been used to showcase classic trends, with the makeup artist dressing as a grandma before flaunting their old look. .

Also read about: The Biggest TikTok Food Trends of 2022

At 15 years old, Britney's "Gimme More" is more popular than ever thanks to Tiktok.  That's in part thanks to Charli D'Amelio and Gemma Huck's video breaking down its dance moves back in 2021. Of course, they also recognized the duo who came choreographed the epic dance moves, Kara Cannella and Jaeden Rae Gomez.

MARINA's "Primadonna" needed to make a comeback, and TikTok has given it that chance. The iconic lines "I really don't know why it's such a big deal, though," have made it a massive sound, and we hope users have discovered just how magical the rest of the song is, too.

@zockjatFav class I taught in 2021. (MY GUY'S IG IS @deuce.dawg) 10/3 SYNergy Dance Workshop at UC Davis. Whole class was SO LIVE♬ Primadonna – MARINA

"Where is My Mind?" is an indie-alternative song with striking lyrics and a powerful instrumental sound. This '80s banger is used in different types of TikToks, often with emotional significance or to show off something truly mystifying—but it works just about anywhere.

"Be My Baby" was an absolute hit back in the '60s, and now, an entire 60 years later, it's come back to tell new stories. This sweet and soulful track is the perfect backing to all kinds of romantic or lovey-dovey videos, and has also been attached to all kinds of trends in recent months.

Don't know where to begin on making playlists? Click HERE for the best category ideas for every music library.