FINATICS Founder Olivia Notini Urges Us to Stop Fearing Sharks, and Support Them Instead

When you think about sharks, chances are that you imagine sharp, deadly teeth, a sense of impending danger and the haunting, relentless Jaws theme song—and that's a bit of a shame.

Because while sharks do have the potential to be dangerous, human beings are far more harmful to sharks—and that's having a hugely negative impact on the environment. Our misconceptions about sharks, combined with destructive shark finning practices, have serious implications down the line, and that's precisely what inspired entrepreneur Olivia Notini to create FINATICS.

The brand, which creates shark-inspired apparel, accessories and jewelry, is fully focused on spreading awareness about the plight of sharks, as well as the impact that has on us, and in fact, the entire earth. Plus, they donate 10% of their net profits to programs that support sharks. We got the chance to chat with Olivia about why FINATICS' cause is so essential to her—as well as what we can all do to save the sharks.

Sweety High: Have you always been passionate about sharks and the role they play in the health of the ocean? At what point did you decide to turn that passion into a career?

Olivia Notini: I had always thought sharks were cool animals growing up, nothing more until about high school when I started to learn about shark finning, what it is and the effect it is going to leave. Since high school, I had the conceptual idea for what is now FINATICS, but I never had plans to actually do it. In college, my spring semester of 2020 I studied abroad in Australia on the Gold Coast, which is where my love for the ocean I believe was reignited in a sense. I returned home in April due to COVID. At that point, the world was shut down, so I had all this extra time on my hands, and money left over I had saved up for Australia, so I decided if I was ever going to launch this brand, then that was the time to do it. And I haven't looked back since! 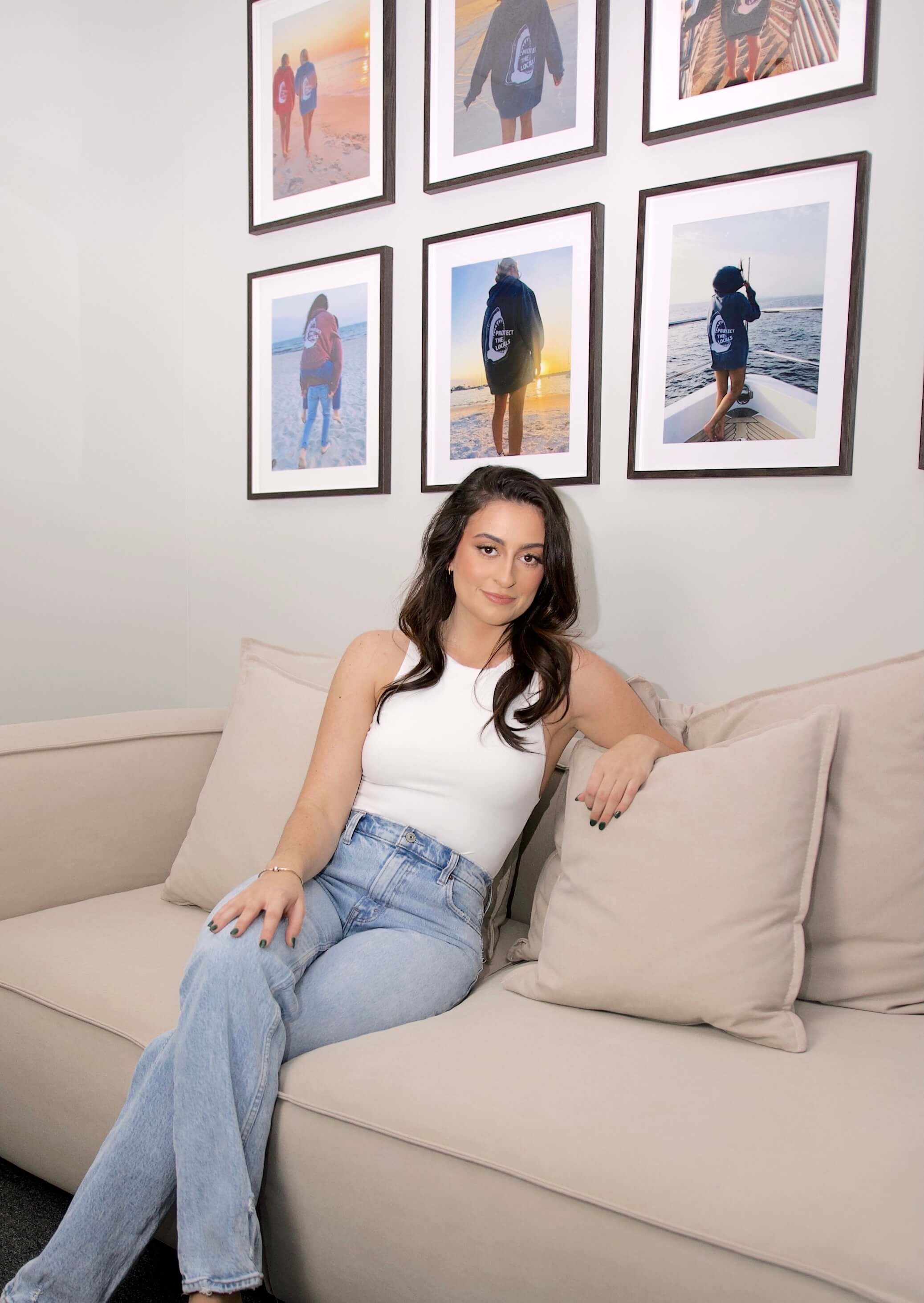 SH: Can you tell us a little bit about why they're the most important animals in the oceans?

ON: Sharks are a keystone species, meaning sharks are the measure of the well-being of the ocean ecosystem. They have been in our oceans before even dinosaurs, but now their populations are rapidly declining due to humans.

Sharks are the apex predators of the ocean, they are at the top of the food chain. They play a crucial role in order to maintain the delicate balance in the ocean ecosystem in order to keep it thriving. When sharks disappear, the populations of smaller predators increase quickly. With the drastic increase in this group's population, they end up eating way too many of their prey. Without this level of prey (the reef fish, smaller organisms) left, there is no animal to eat or maintain the coral reefs, causing algae and bacteria to consume reefs.

Sharks' role at the top of the food chain may seem insignificant, but without them, other species will overpopulate and run their resources dry, which leads to the ultimate breakdown and health decline of our oceans' ecosystem, which then will take a toll on our air quality, as 50 to 80% of our oxygen is supplied by the ocean.

SH: Why is it so important to you to educate people about the importance of sharks?

ON: I think with any cause or situation, the biggest way to make a change or an impact is in numbers. The more people who know tell people they know, who tell people they know, and so on. What I have found through FINATICS over the past year is even people who are fearful of sharks but then come to learn about shark finning through FINATICS, actually shift their minds from fear to wanting to understand sharks.

Although it seems like a different world, what happens in the ocean is going to affect us on land too. At least half of Earth's oxygen comes from the ocean, therefore, if the ocean ecosystem loses the top of the food chain (sharks), that fragile ecosystem is going to unravel and collapse., which then is going to seriously harm our air quality on land. 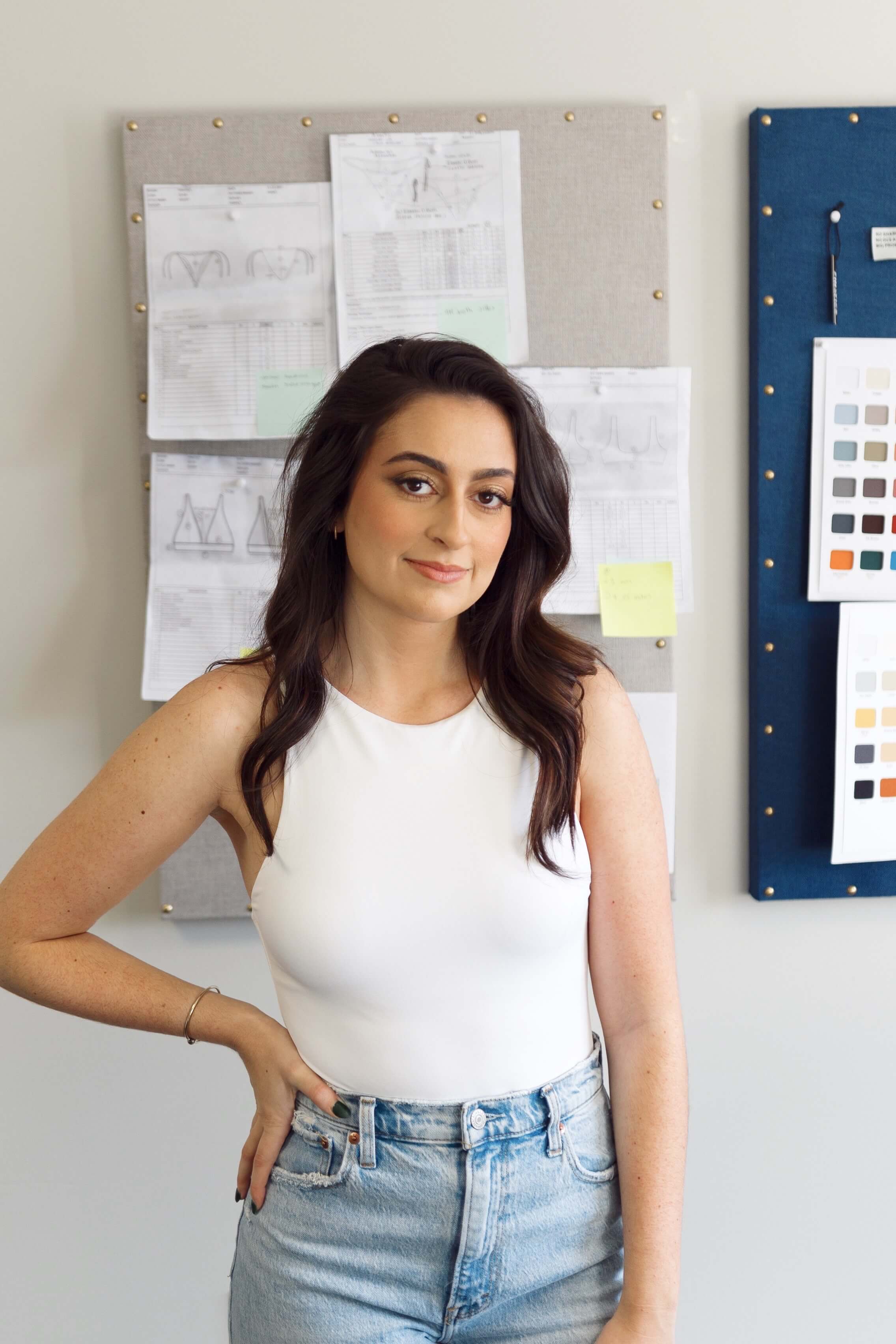 SH: Why is misinformation about sharks so harmful, and why do you think it gets perpetuated so much?

ON: I think to some degree we are still battling the Jaws effect. Although Jaws was completely fiction, it left many people with a serious fear of sharks and made them genuinely believe sharks are nothing more than man-eating machines.

I was also a journalism major in college, and one of the main things we are taught is that "if it bleeds, it leads," meaning that any violent story is getting front page news because it attracts viewers and readers. So when one shark attack happens in the cape, every news station local and far is reporting on that, making one attack feel like it was dozens by how much coverage and segments it gets. In reality, shark attacks kill about 12 people a year, while humans are killing 11,000 sharks every minute.

SH: What is shark finning, and why is it so horrific for sharks, as well as for the rest of the world?

ON: Shark finning is the act of removing and keeping all the fins of a shark while discarding the rest of the body back into the ocean. This is usually while the shark is still alive, leaving the sharks to sink down in the water where it will drown because they can't swim without their fins, or they will be eaten alive. It is estimated that nearly 100,000,000 sharks are finned every single year.

It's hard because people are always finding loopholes. In the USA, it is illegal to have shark fins on board without the rest of the animal. However, fishermen have just started to take the whole animal to later cut the fins off at shore.

One of the main misconceptions with finning is that it is only happening in China, which is the largest market for it, but in reality, it is happening in every ocean all around the world. Finning happens in America too. If you look online, you will probably find a local restaurant that has shark fin soup on the menu.

SH: Why did a clothing, "jawelry" and accessory brand feel like the perfect match for benefitting this great cause?

ON: I saw a white space. What I mean by that is I saw people were passionate about sharks and people thought shark finning was horrific, but there was nothing that really combined the two besides donating to organizations. I wanted to create a mission people could wear or, so FINATICS was born.

It is clothing, but is more the purpose of the clothing, jewelry and other goods. When you buy our hero product, the Protect The Locals Hood, you aren't just buying another hoodie, you are buying a product that is a wearable mission. I've gotten messages from customers saying, hey, a stranger came up to me and asked what protect the locals means, and I got to tell them all about shark finning, and now they want to be involved too. For me, that is why FINATICS is so different from most brands. We aren't just making products, we're making products with a purpose. 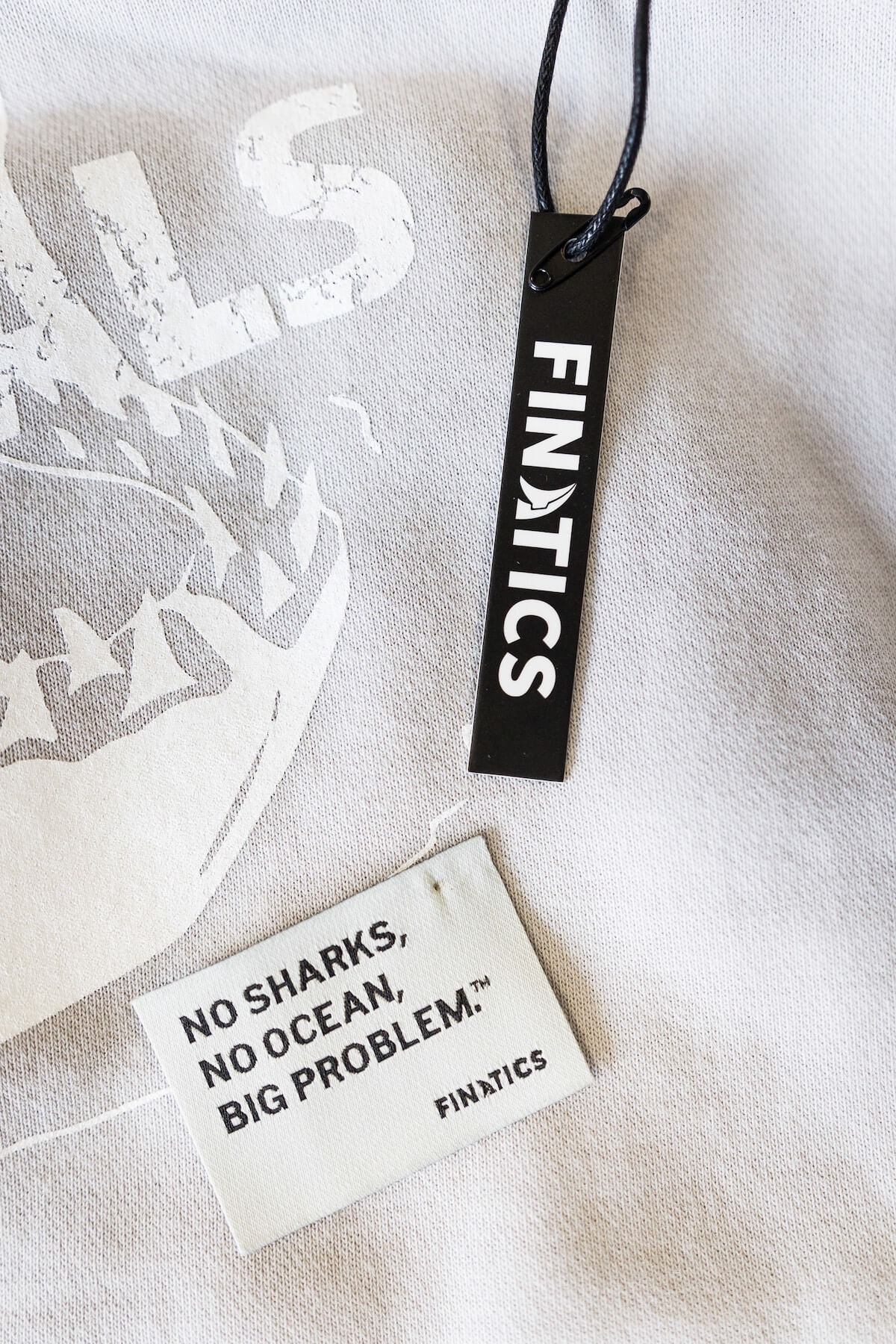 SH: Was donating 10% of profits to save sharks the goal from the start? What causes are proceeds currently being donated to?

ON: Before FINATICS even had a name or concept, donating 10% was the model of the business however it was going to look. From the start, donating back was always the goal of the brand no matter what we sold.

Currently, we have one major nonprofit partner, Shark Allies, located on the West Coast, which is an amazing organization working to pass more shark finning legislation and awareness in the United States. As we grow, I plan to donate to other organizations that raise shark finning awareness in numerous different ways, like Project Hiu, a nonprofit run out of Indonesia that repurposes shark fishing vessels by providing alternative income to the fisherman through tourism. There are a lot more shark conservation groups out there than you would think who are doing amazing things. I urge people to look into some on their own and make a donation of whatever amount, if we all come together on this we will make an impact.

ON: We do have some exciting products launching in 2022, including a completely sustainable swimwear line made from recycled plastics found in our ocean, so we can't wait for you to see that. You can find us @shopfinatics on social channels. We're already gearing up for Shark Week 2022 so make sure to follow along! 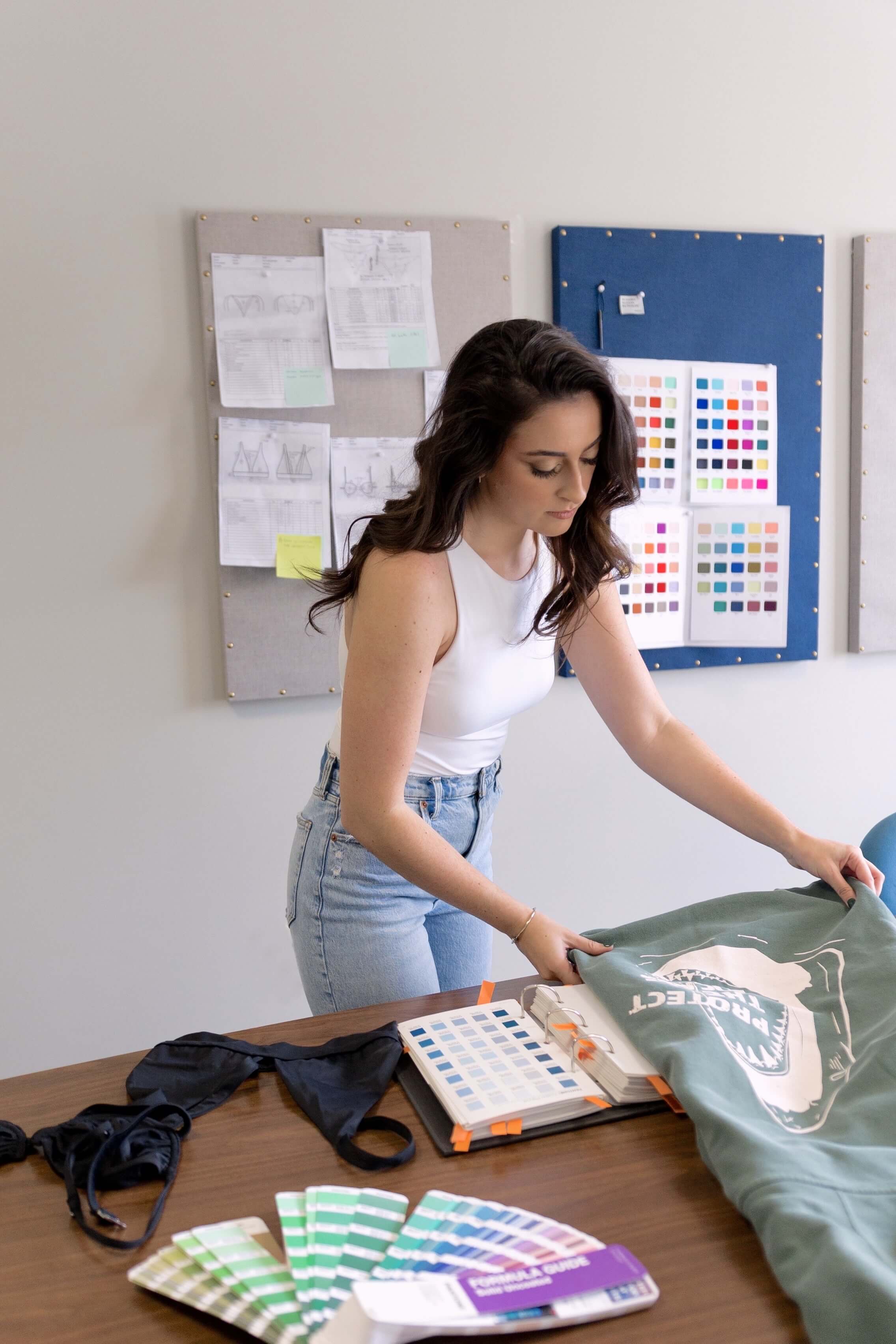 Passionate about sharks, yourself? HERE for the cutest shark-inspired treats you can make at home.