By now you probably know that the Team USA women's gymnastic team took home gold this year at the 2016 Olympics in Rio.

It was hard to take our eyes off of Simone Biles, Aly Raisman and the rest of our girls with their insane tumbling skills and super blinged-out uniforms! 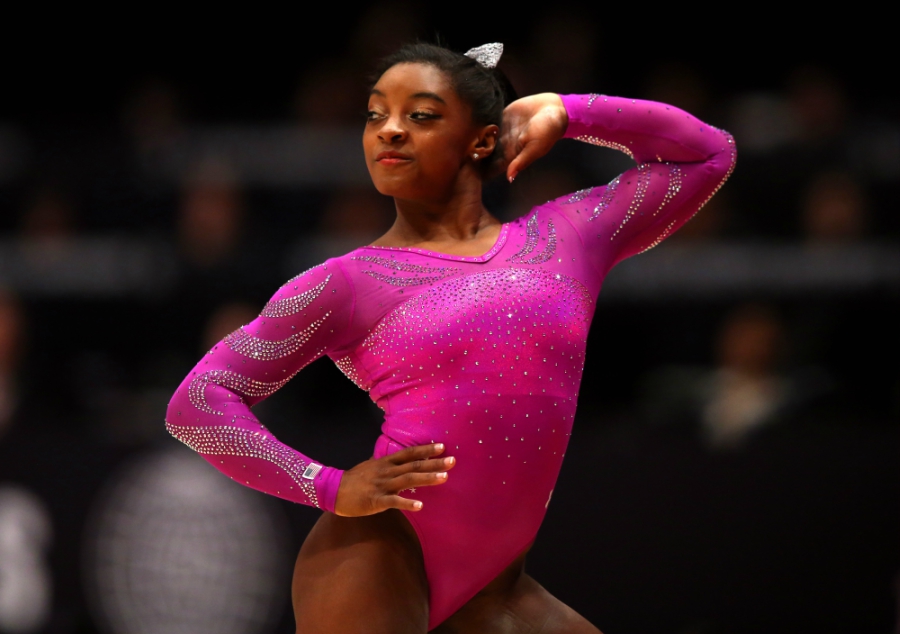 In fact, each leotard had 5,000 Swarovski crystals–crazy right? But gymnasts' Olympic uniforms haven't always been focused on function and flare. In fact, it's fairly new for gymnasts to have embellishments and crystals on their costumes. Here's a look at the evolution of the Olympic gymnasts' uniforms.

Below is a picture of the Danish gymnastics team at the 1908 Olympics in London. It's hard to even call these outfits leotards because they are more like baggy dresses. Back then, it was more about covering up a woman's body with no emphasis on functionality. 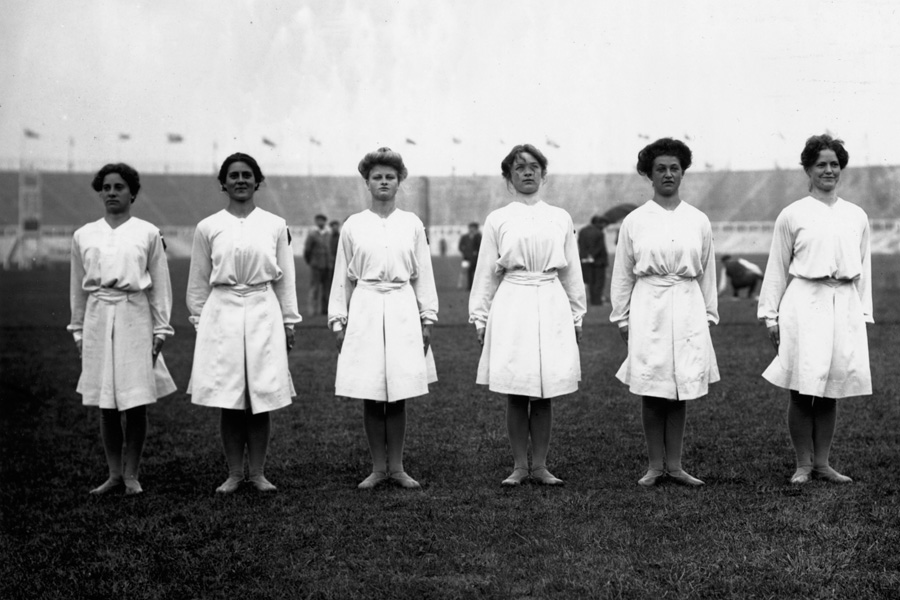 By 1948, we (finally) started seeing women in leotards! While they're a far cry from the high-cut leos of today, they did allow women to move more freely. Below is Marion Barone of Team USA on the balance beam in London with her fellow Team USA mates cheering her on in the background. Note the full, loose bottoms, cap sleeves and simple diagonal stripe across the chest. 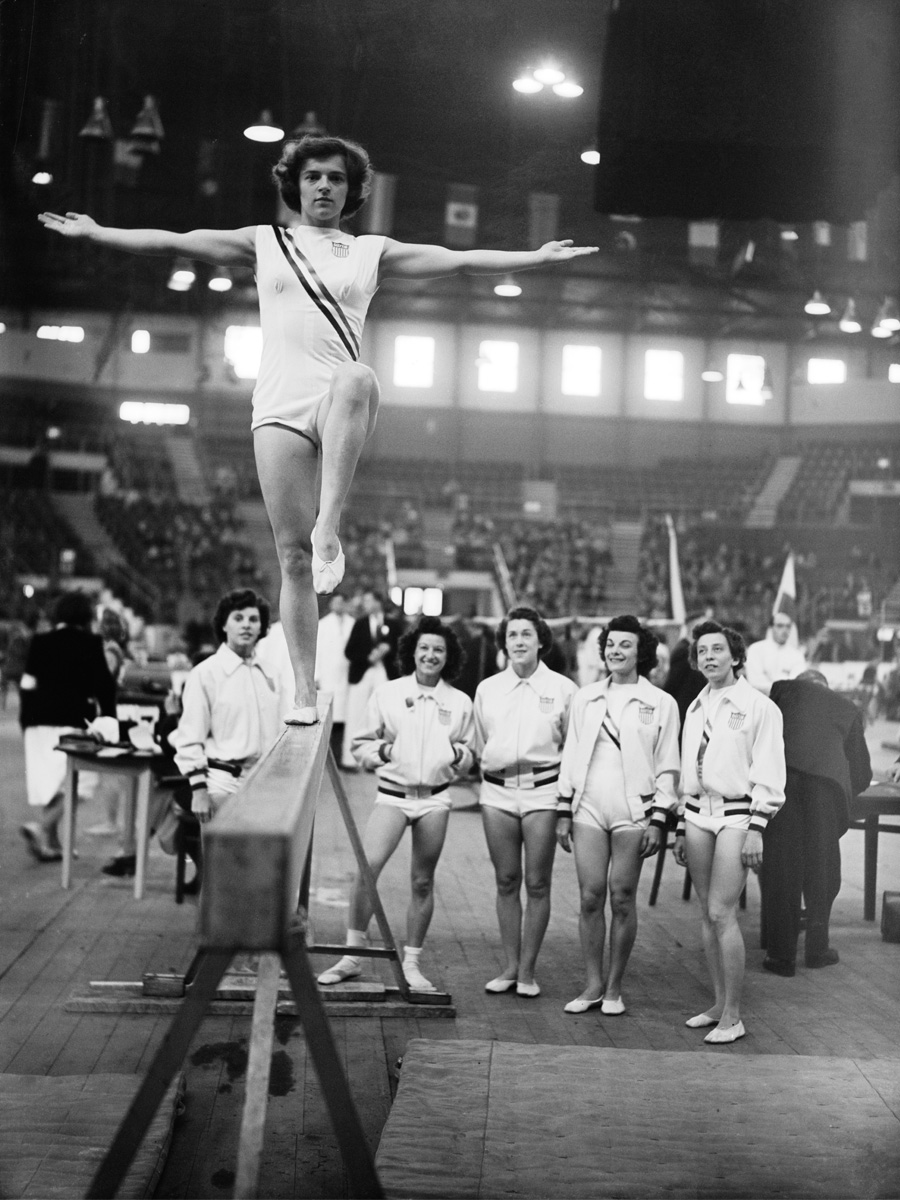 The 1956 Olympics in Melbourne, Australia, ushered in a new wave of long-sleeve leotards, which are now a staple of the Olympic Games. Leotards slowly became more fitted to the female figure, and had long sleeves for sleek lines. Below is Larissa Latynina from the Soviet Union. It's hard to even tell which team Larissa was on from that tiny, circular emblem on her chest! 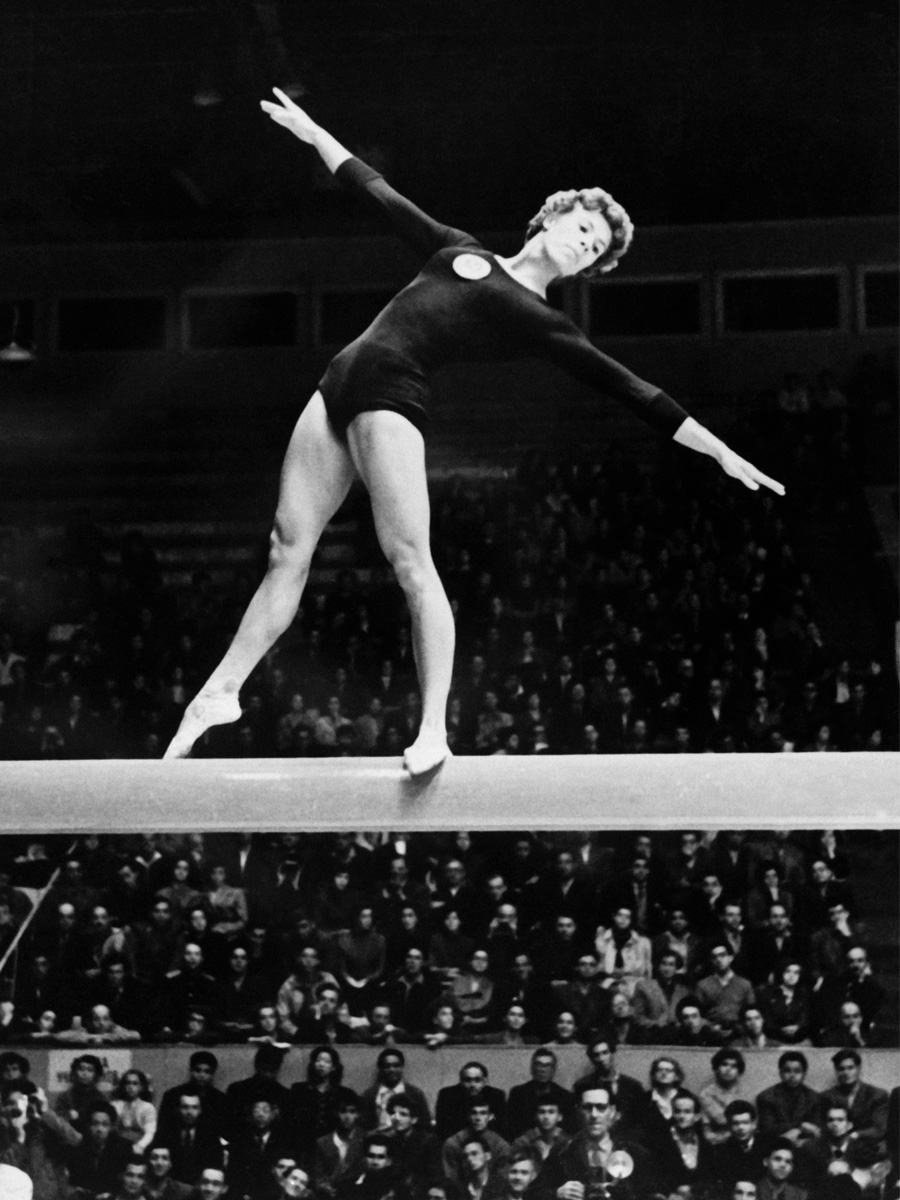 Women's uniforms slowly started showing off the athlete's bodies after 1960. By 1976, we began seeing a little more thigh with the invention of the high-cut. This style not only accentuated their powerful legs, it also gave them full mobility and comfort, allowing them to perform more difficult moves. Below is Nadia Comaneci from Romania, the all-around women's champion in Montreal, Canada. 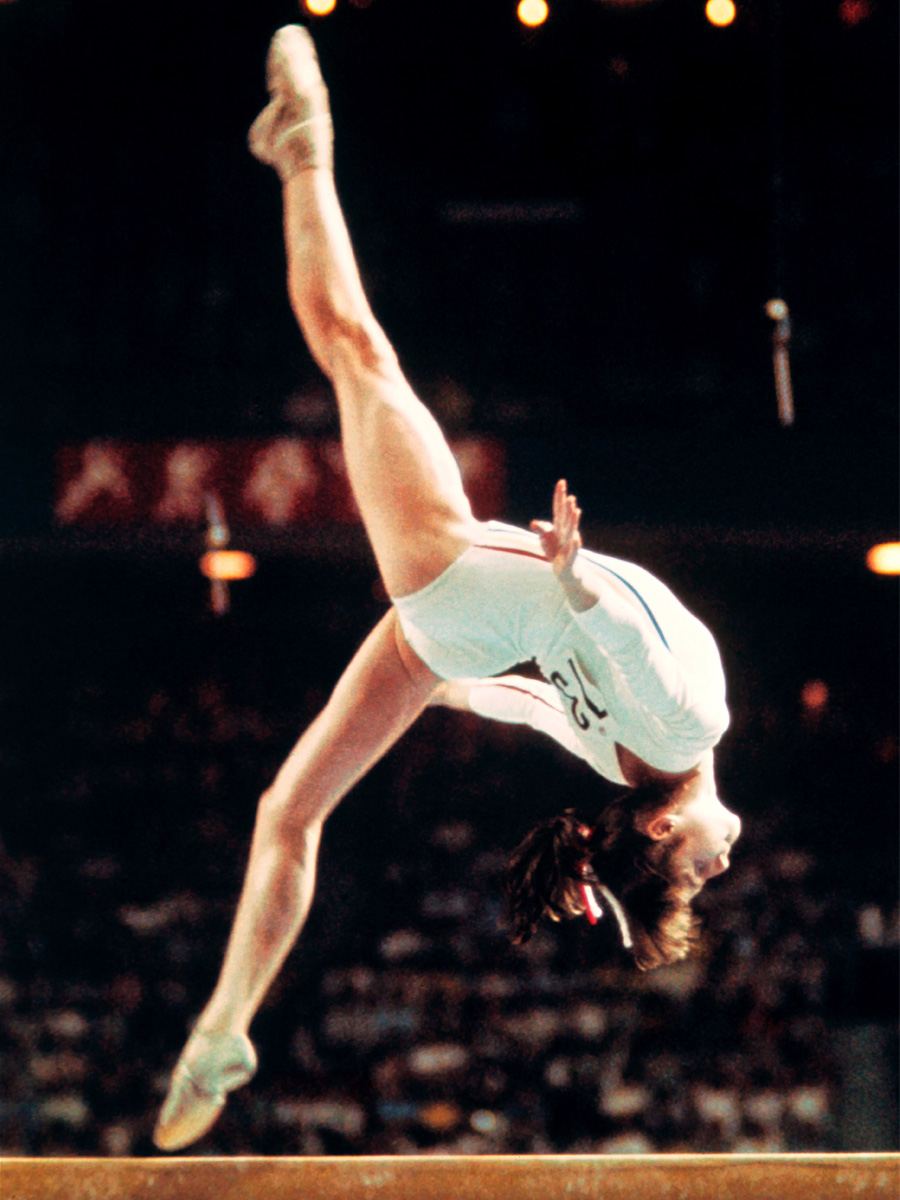 The 1980s introduced the strong theme of patriotism. Previously, gymnastic uniforms were relatively plain, and only paid tribute to the country with a small stripe or emblem. That all changed for Team USA at the 1984 Olympic Games in Los Angeles, California. Traces Talavera proudly sported Team USA's stars and stripes–even on her bum–on the balance beam. 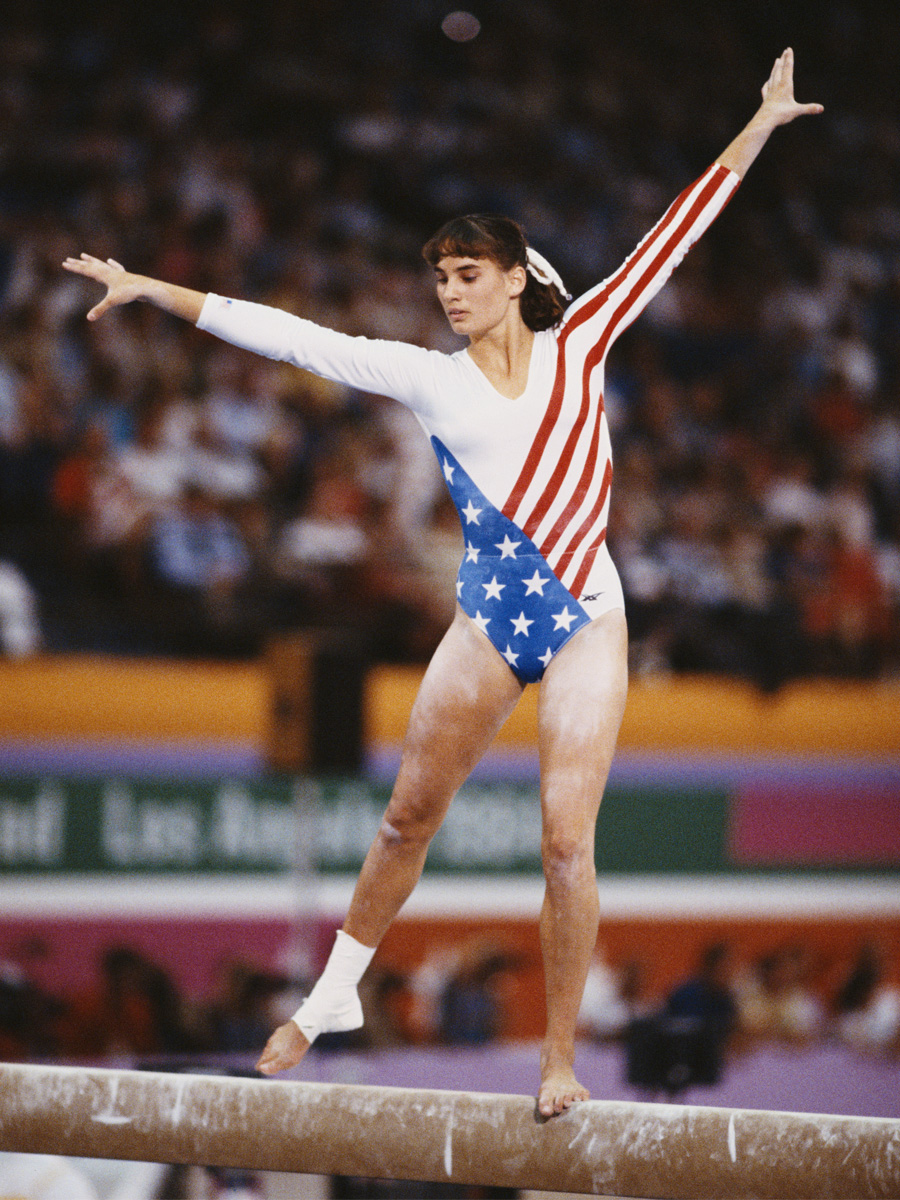 Patriotic creativity became an important part of the gymnasts' uniforms, and so did the sleeves. Prior to the late '80s, the sleeves were generally overlooked–until Romania debuted these standout sleeves in Seoul, Korea. Today, the sleeves play an integral part in the design and pattern. 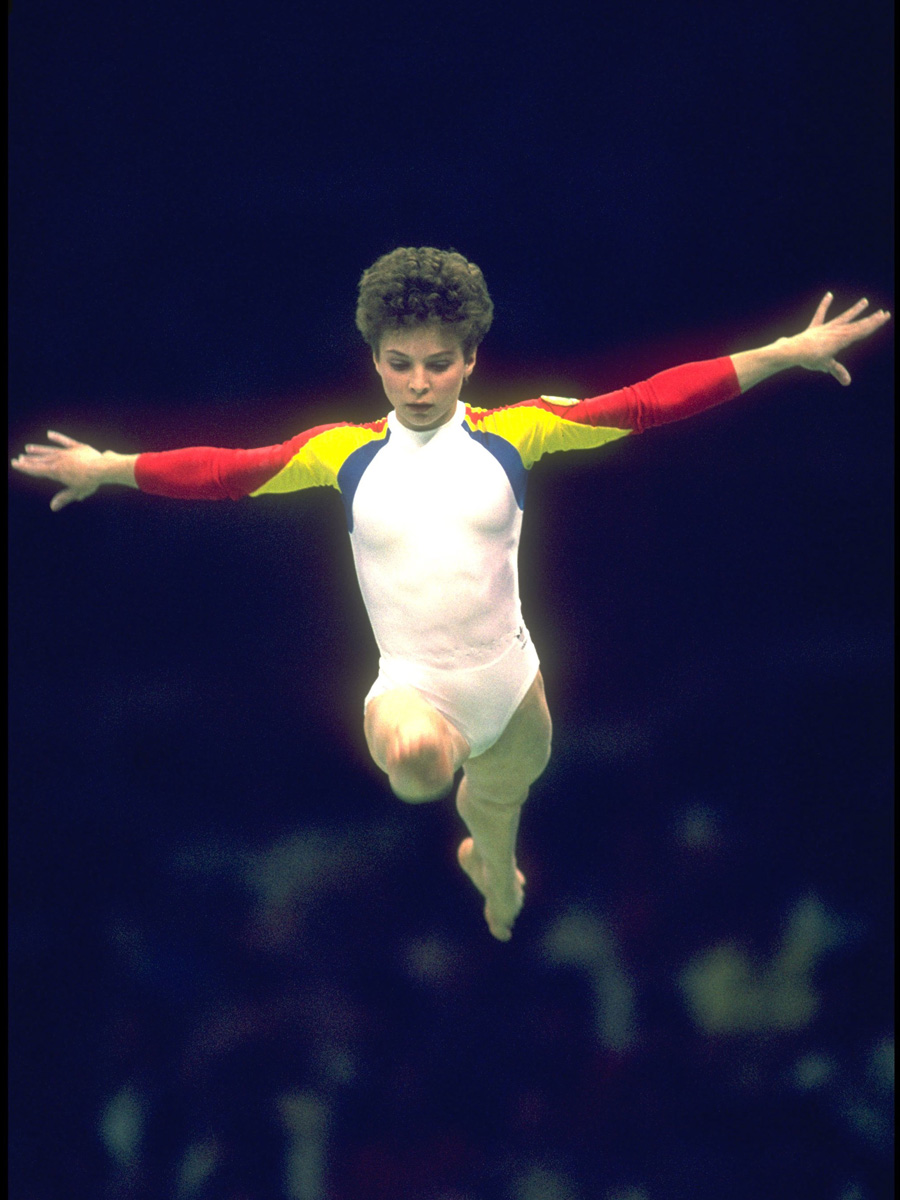 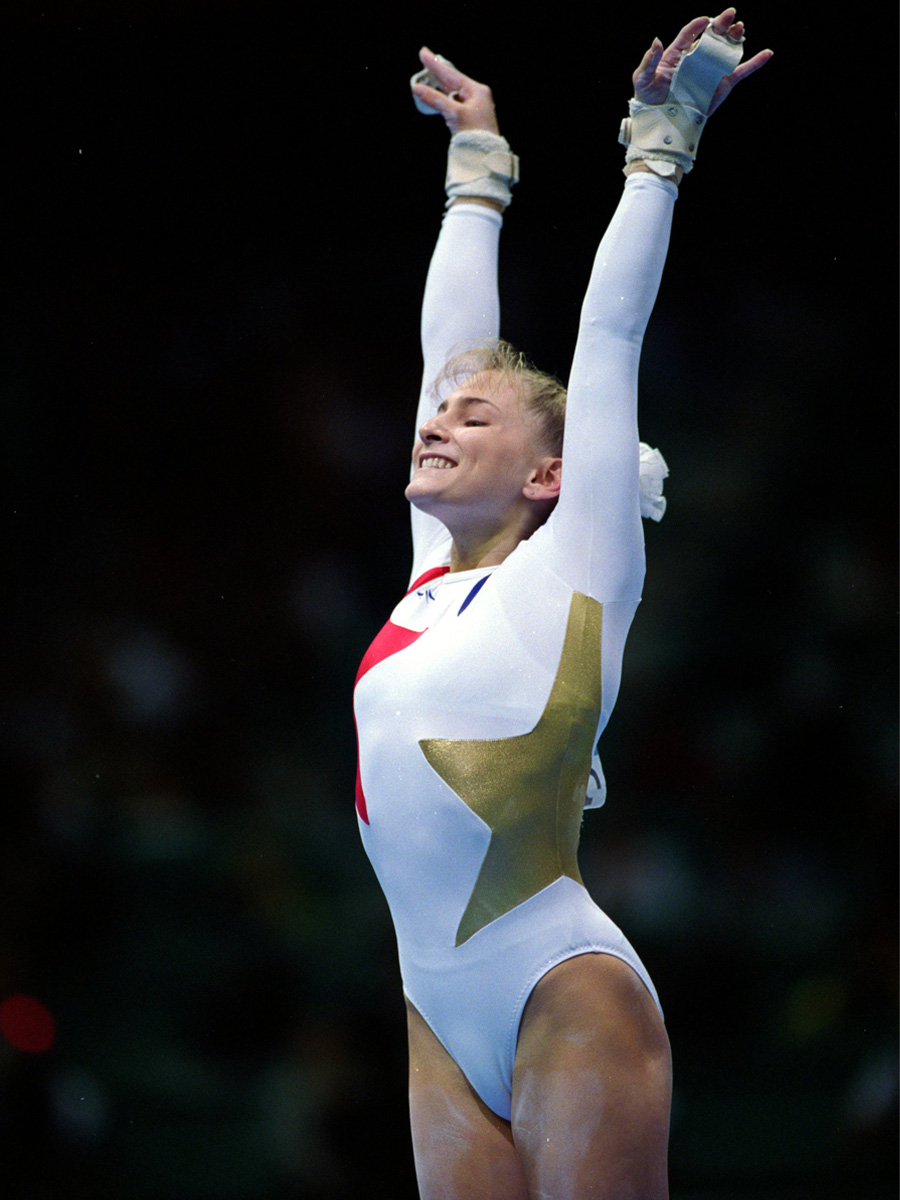 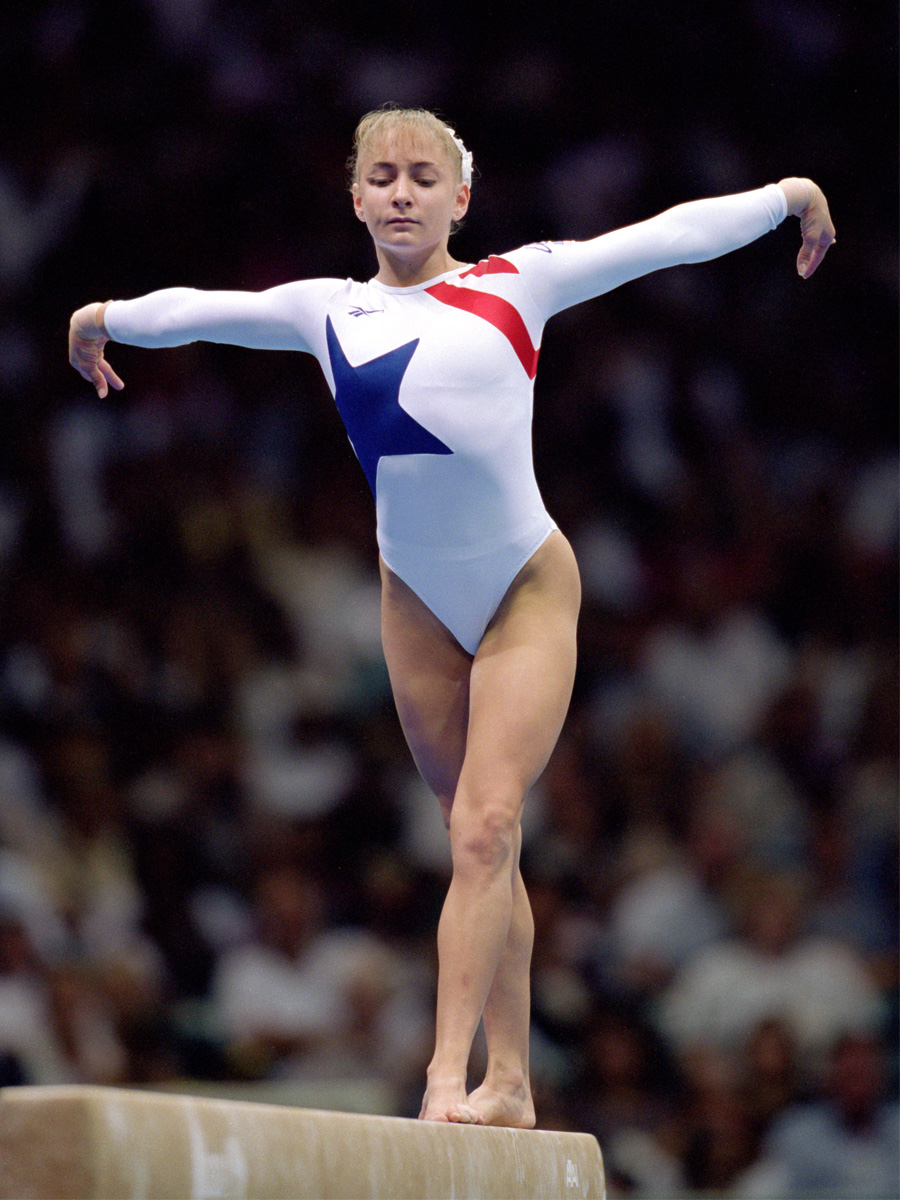 The 00s is when the technology for gymnastics uniforms took major strides. Increased elasticity in the leotards' fabrics allowed gymnasts, like Shawn Johnson, to intensify their tricks. Also, shinier fabrics helped celebrate the athletes' toned figures by showing off their cut abs and arms. 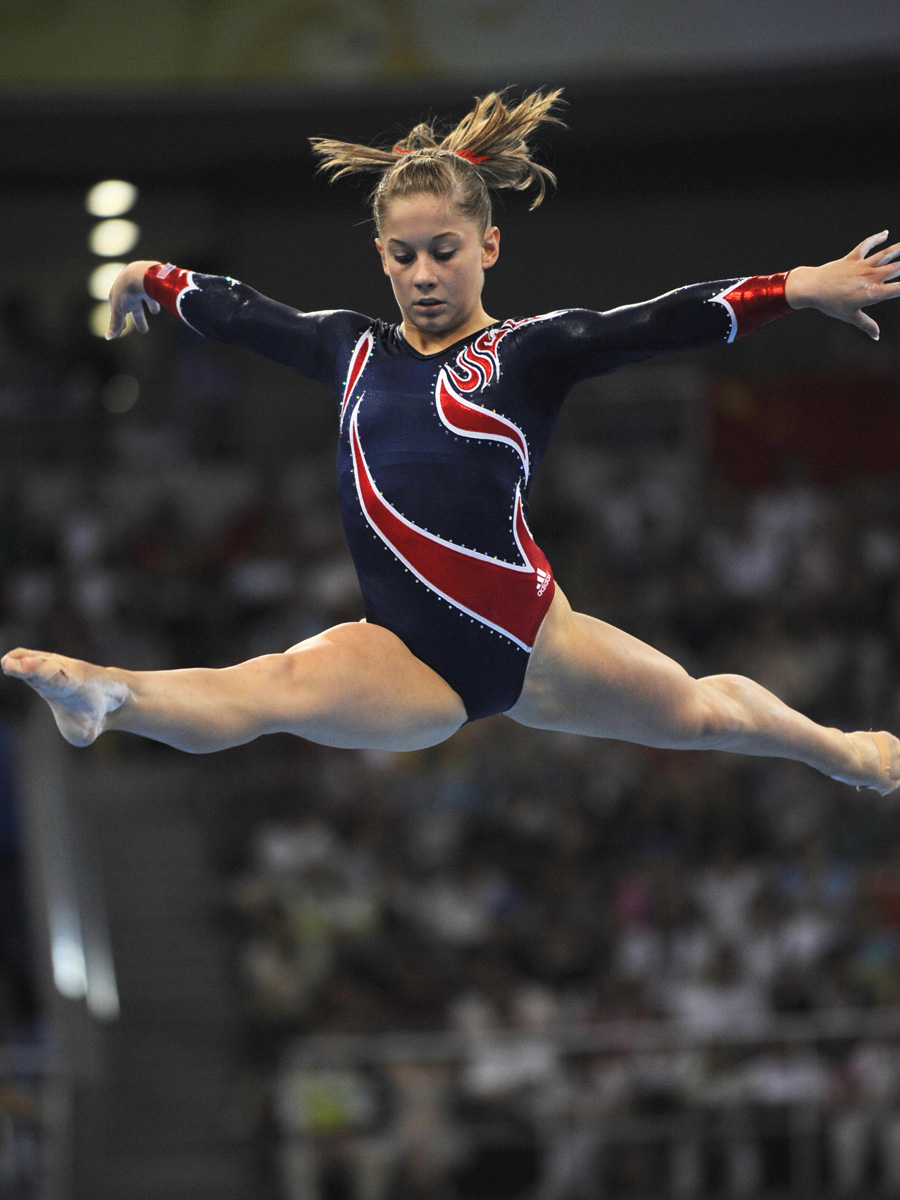 Technology was—and still is—the most important thing when it comes to costume design. But, individuality started playing a major role, too. Sure, Team USA wore matching outfits for the team competition, but for the individual performances, the focus shifted to the individual. Patriotism was put at bay for comfort and personal taste, as seen with Gabby Douglas sporting hot pink! 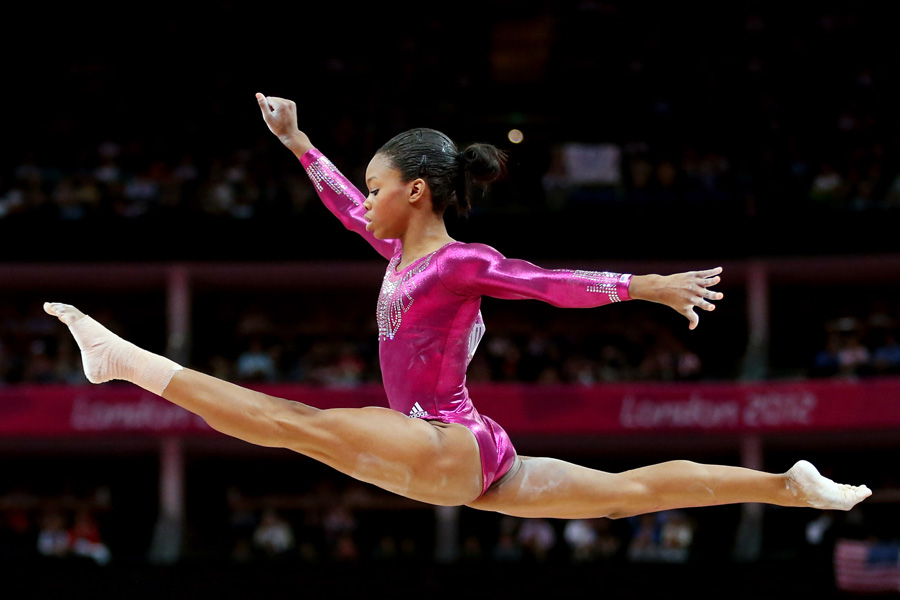 Rhinestones have been weaving their way into uniforms since the 00s, but this year definitely took the cake when it came to crystal count! More than 25,000 crystals were used to make Team USA's costumes this year, giving them extra glitz with every move! What's next in 2020–sequins? Diamonds? We'll have to wait and see! 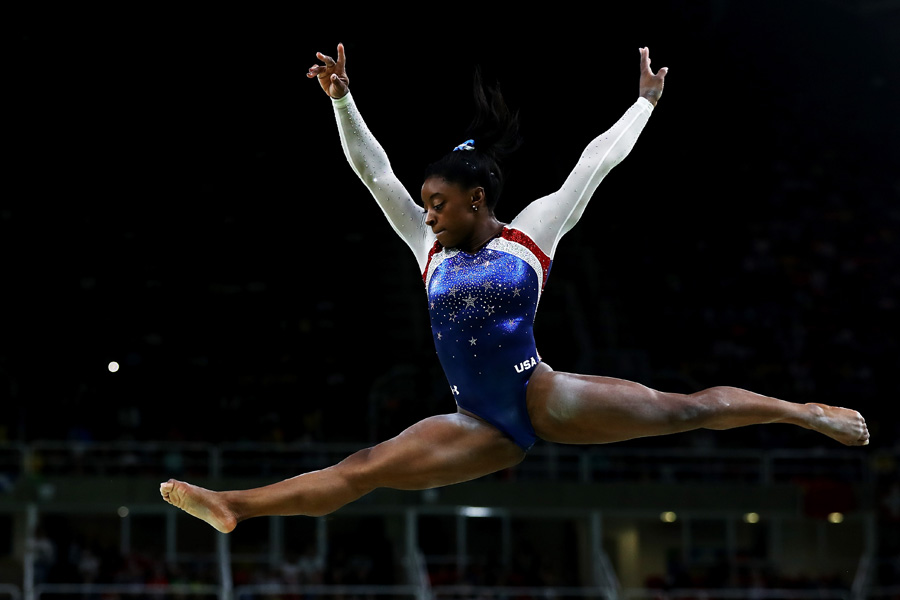 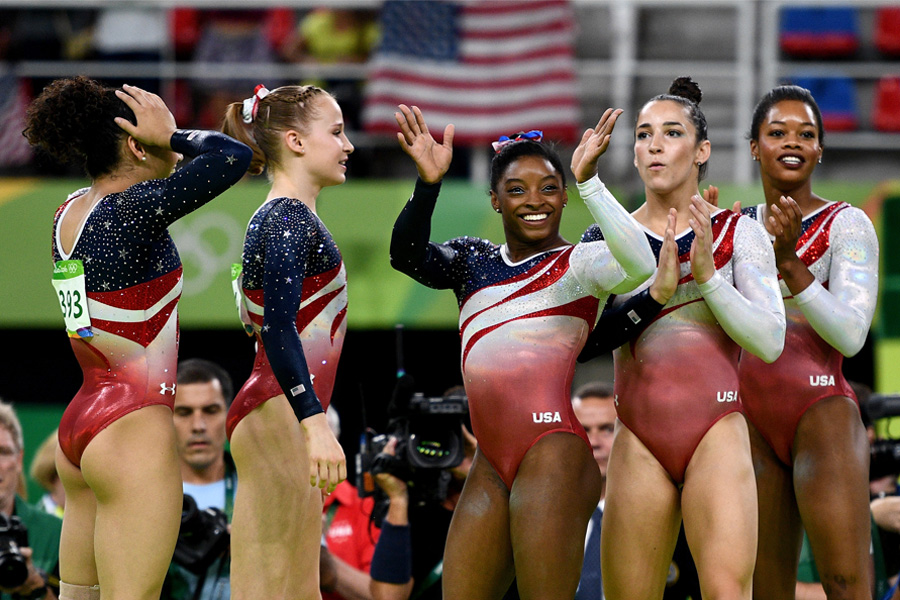