Can you believe the 2016 Olympics are already here?

There are so many fierce females competing this year, but we want to take a second to appreciate the amazing, talented and gold-medal winning swimmer Lilly King. She's our #WCW for so many reasons, we don't even know where to start.

This girl has talent for days including next-level movie knowledge and making her own costumes. Keep scrolling for a few more need-to-know facts about the adorable Olympian. 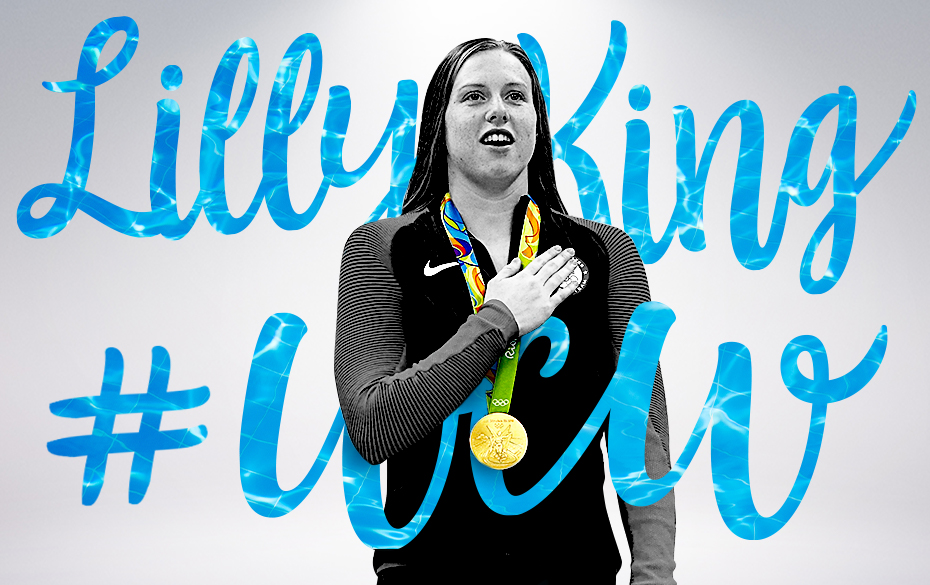 1. She's always wanted a dog, and when she realized getting one wasn't practical, she did the next best thing: "I named [my betta] fish Dog," Lilly tells Sweety High.

2. She is 100% queen of the "derp face." It just makes her even more worthy in our minds, though. Looking good, Lilly.

I was nominated for the #20beautifulwomen challenge by @manda_panda_0717 @_kensington. You're welcome????

3. On Monday night, Lilly won her first gold and set an Olympic record in the 100-meter breaststroke swimming event with a time of 1 minute 04.93 seconds. We are incredibly proud of her and can't wait to watch her crush it in the 200-meter breaststroke event today. ????

The moment you realize it was all worth it

4. She knows every line to a few of our all-time fave essential movies including The Lizzie McGuire Movie, The Princess Diaries and The Incredibles–though her quotables aren't known to win over everyone. "People are usually pretty impressed for the first two minutes I do it," she tells us. "And then they're like, 'Okay, stop talking, we need to watch the movie.' "

5. Her Halloween skills are major key. She plans her costumes four to five months in advance and makes them herself. She created this Katy Perry masterpiece last year and tells us she plans on creating a Christina Aguilera ensemble this year.

6. She binge-watched The X-Files a few years ago and totally believes in aliens now ????. She calls it her "paranormal thought activity."

Lilly is well on her way to becoming an Olympic superstar, but don't miss our nine-part series on four incredible female athletes on their quest to take home gold at the Olympics. WATCH HERE!