Omnom Chocolate's S'mores Kit Has Made Me OBSESSED With Indoor S'mores

When one of my favorite chocolate brands, Omnom Chocolate, sent me an email asking whether I'd like to review their new S'mores Kit, I had two reactions.

The first was a big and resounding yes, and the second was a question. When was the last time I actually had a s'more? I realized I hadn't been camping in more than a decade (something that needs to be remedied very soon) and that meant it'd been even longer since I'd stuck a marshmallow at the end of a skewer and roasted it over the fire.

Of course, this kit was the perfect thing to break my s'more-less streak, and after devouring everything in the box, I've become slightly addicted to the summer camp treat.

Omnom is a brand that takes chocolate seriously, ensuring that only the very highest quality ingredients go into every bar. They use single-origin, fair trade and ethically sourced cacao beans purchased directly from farmers in Madagascar, Nicaragua and Tanzania, ensuring the quality of the chocolate while supporting the farmers who grow it. From there, the Reykjavik-based brand adds Icelandic milk powder and organic sugar cane to bring the very best out of the natural chocolate.

Omnom is also known for the delicious additions in their chocolate bars, such as the caramel pieces in their famous Caramel chocolate bar ($8.99) that comes standard in this s'mores kit, along with four artisanal marshmallows, eight buttery oat cookies and four bamboo skewers for toasting the marshmallows. It all comes in one handy box with instructions, and sells for $24.99. 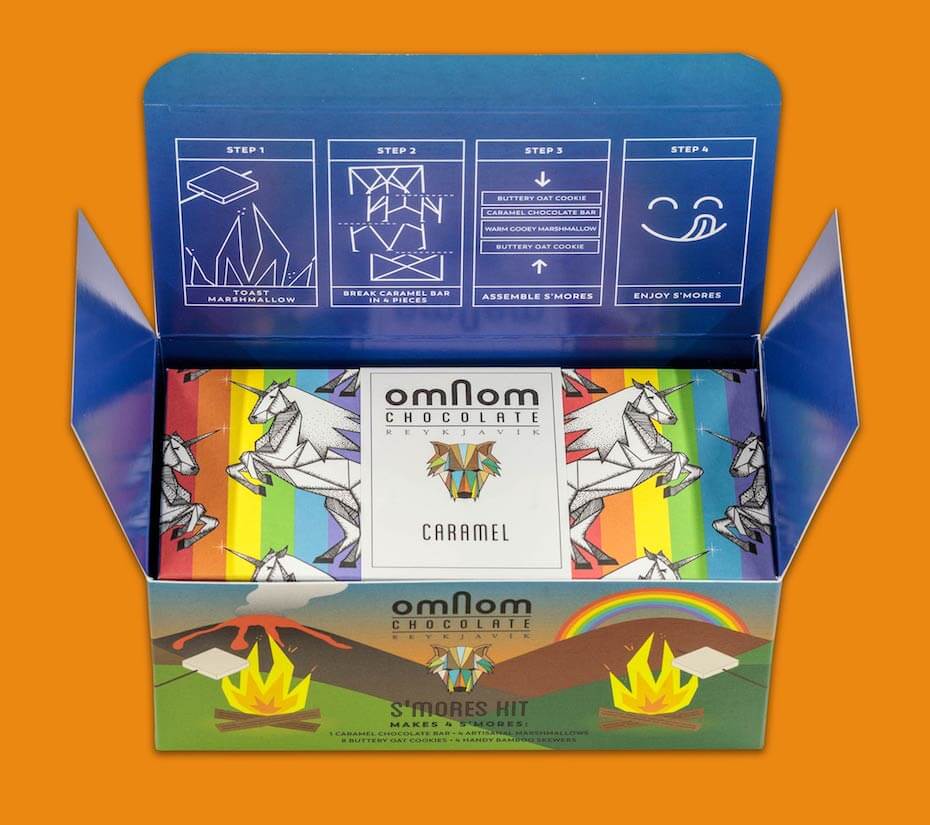 When I received this kit, I was a little bit hesitant about starting the process. It's not like making s'mores is hard, but it did seem like a bit of a process, especially with the toasting of the marshmallows involved. I also soon discovered a snag—the cooktop on my stove has electric coils, rather than a gas burner with actual flames. It's also drought season, and I didn't want to light up a bonfire or ruin my marshmallows by cooking them over a scented candle, so I had to get creative with the process.

But the minute I opened the box, I knew I was in for a treat. Firstly, the Caramel-flavored chocolate bar was adorable in its rainbow unicorn wrapping, and the flat, square-shaped marshmallows looked ultra temping. Even the graham crackers got an upgrade in the form of these buttery cookies. Motivated, I figured out precisely what I had to do, and began the s'more process. 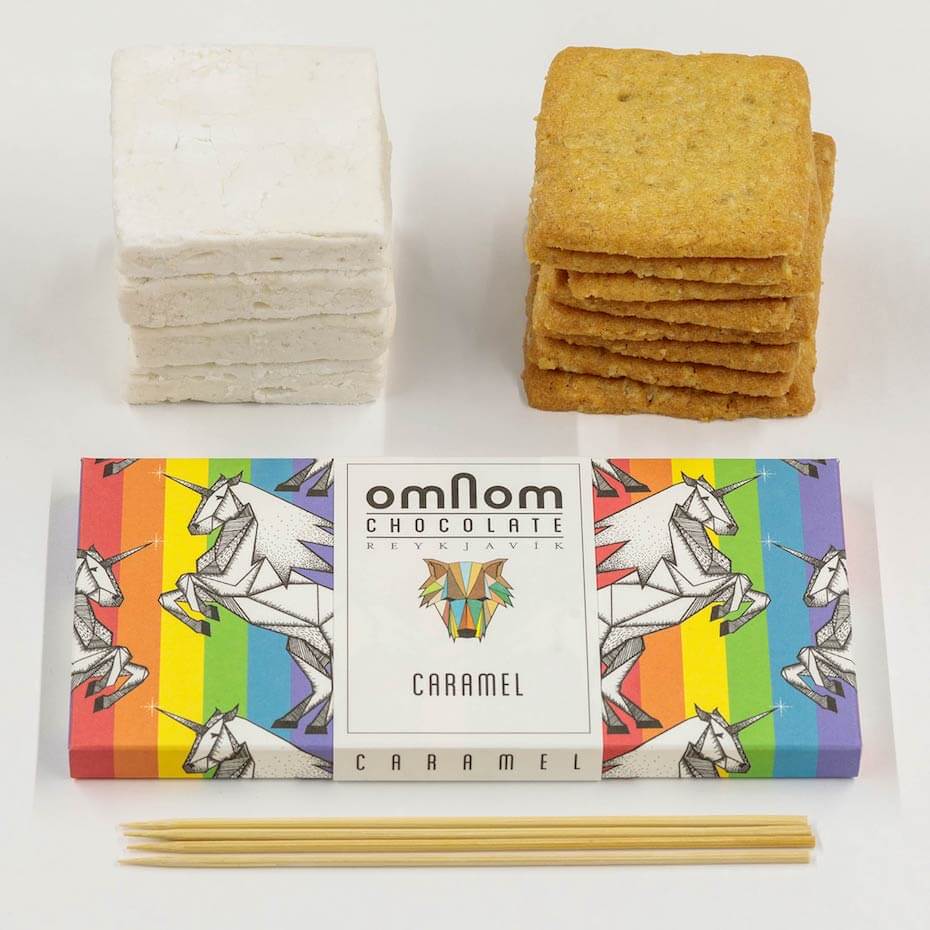 Some internet searches turned up the news that you can apparently make amazing s'mores in the broiler. Now, this might not be the most convenient in your oven, but my toaster oven doubles as a broiler, making the process super simple. I just got a baking sheet and some parchment paper, laid out a cookie on the sheet, and placed one marshmallow and one-quarter of the chocolate bar on it before setting the toaster on broil for a couple of minutes and watching the heat work its magic. My first attempt may have come out slightly over toasted, but honestly, that's just the way I like my marshmallows. 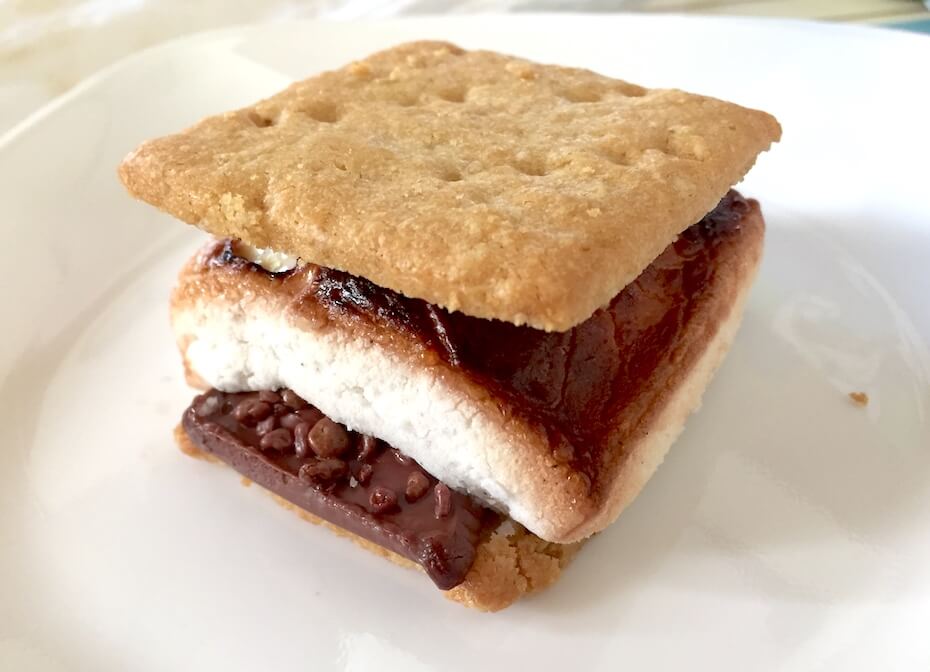 And after one bite, I was instantly hooked. I'm not sure where Omnom sourced their marshmallows (I'll have to ask!) but it was light and airy in all the right places with a rich caramel flavor and a perfect amount of crunch where it was toasted. It paired gorgeously with the rich cookie, as well as the delicious chocolate, which was flecked with crunchy bits of caramel. In just a few bites I'd scarfed the whole thing down, and I was eager to make the other three s'mores.

This s'more also reminded me of why I'm not always a fan of traditional s'mores. While I love a roasty, toasty marshmallow, I don't think room-temperature chocolate complements it well, and the heat of the marshmallow is rarely enough to even slightly melt the chocolate in a s'more. It's so much better when the chocolate is heated as well, and as I roasted the rest of the s'more in the kit, I made some adjustments. Firstly, I halved Omnom's chocolate recommendation, using an eighth of a bar rather than a quarter, for better balance. Next, I decided to broil the chocolate on one cookie and the marshmallow on the other and got an even better result.

Essentially, this kit has single handedly reinvigorated my love of s'mores, even without the campfire, and it's taught me all about the magic of the broiler. You haven't lived until you've tried a chocolate chip cookie with roasted marshmallow on top, and my discovery is all thanks to Omnom.

Omnom's S'mores Kit makes for some unbeatable and delicious s'mores, with every ingredient being top-of-the-line, and the end product definitely being greater than the sum of its parts. That said, keep in mind that this is a luxury S'mores Kit. Is the $24.99 price tag worth it for four s'mores? I personally think the experience is worth it at least once, but your mileage can definitely vary. I'm personally delighted to have finally tried Omnom's famous Caramel bar, and to be introduced to the marvels of artisanal marshmallows, and reunited with my old friend the s'more. 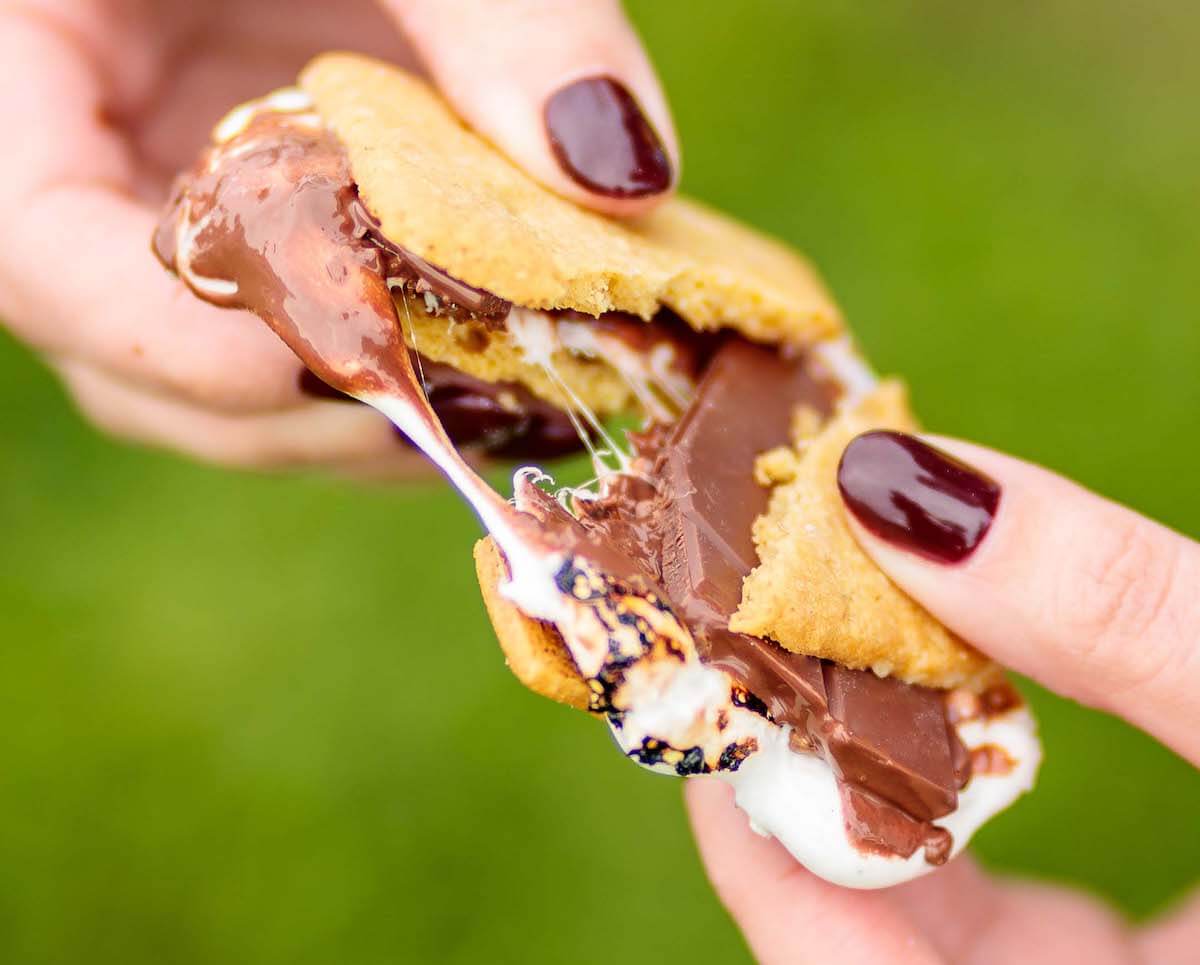 Love the classic s'more? Click HERE for some great accessories that'll help you up your s'more game.