The 89th Academy Awards are on Feb. 26th this year, and we can't wait.

Movie buffs around the country will be tuning in, box of tissues on their left and party snacks on their right, to see who takes home the coveted gold statuettes.

While getting the gold puts any winning film and actor on a high-quality pedestal, we have to admit that some of our favorite movies of the year exist in the animated universe.

If you haven't had a chance to see all of the amazing animated films this year, get in the know with this list of the 2017 Best Animated Feature nominees below:

Disney's Moana rivals Frozen as the best contemporary Disney movie in a decade—in our opinion. This film stars the eager and adventurous teen daughter of the chief, Moana who, despite constant disapproval, yearns to see what's beyond her island. The ocean doesn't just represent her brave and adventurous heart, but also her unique identity that she is anxious to claim. It soon becomes apparent to Moana that she must leave her home behind in order to find a cure for her dying island, the Heart of Te Fitti, which was long ago stolen by the demigod, Maui. Along the way she discovers much about herself, the history of her people and even a thing or two about the once-feared Maui.

While Pua the pig and Hei-Hei the rooster seem like the major sidekicks of the movie, we can't forget about Mini Maui, the Jiminy Cricket-esque tattoo that serves as Maui's conscience and shoulder angel. He was drawn in the original animation style (meaning by hand) by Mark Henn, the same artist who animated princesses Belle, Jasmine and Ariel. Even though we wish we had been able to spend more time with Pua, who's only in the film briefly, we must admit that Mini Maui stole the show.

One of the biggest difficulties in animating this fun new classic was making the water not only look realistic, but becoming a character of the movie was well. This huge collaboration between animators and effects artists proved tricky as they were tasked with seamlessly blending the character of the ocean back into the sometimes stormy, sometimes calm sea. Between the deeply moving plot, the hilarious gang of characters and the high-tech animation skills, we can definitely see this film taking home the Oscar. 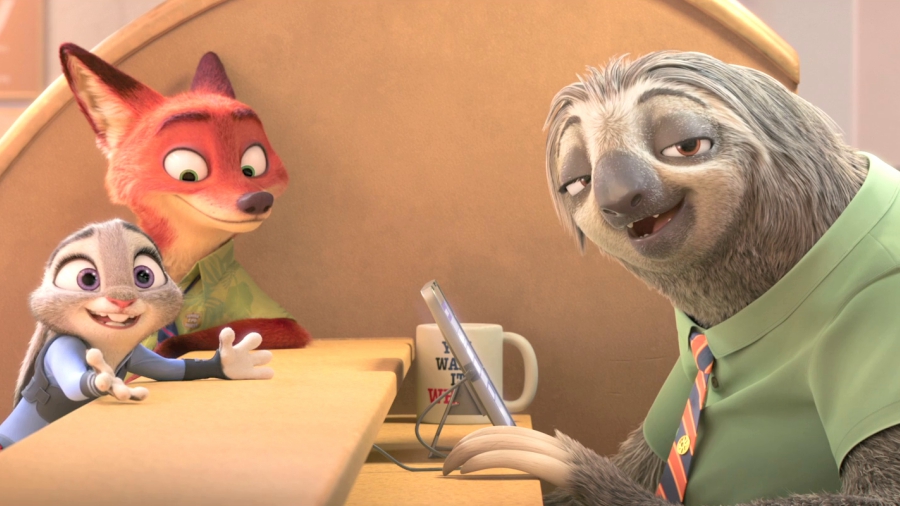 Zootopia, a thriving animals-only metropolis, is the perfect home for all mammals—that is, until some mammals go missing and then resurface as vicious predators. With her sights set on becoming the first rabbit officer, Judy Hopps (voiced by OUAT's Ginnifer Goodwin) finally makes those dreams a reality only to discover that no one takes her seriously. In her pursuit to prove herself, she hops onto this mysterious mammal case with intent on cracking it. That is, until she's continually annoyed by Nick Wilde, a not-so-honorable fox. In case we didn't notice because of the friendly-looking animation, foxes prey on bunnies. Uh oh.

Zootopia may be a total animal house, but you'll only see mammals featured in the film—with the exclusion of dogs, cats, primates and marine mammals for various reasons. Despite the lack of these species, the movie still managed to include 64 different animals. Animators really had to do their research to make each of these species look accurate while maintaining their classic cartoon personality. Personally speaking, we really got a kick out of the slow-moving, DMV-inspired sloth, Flash. Shade recognized!

Zootopia may have an advantage as it just took the Golden Globe for Best Animated Motion Picture a few weeks ago.

Kubo and the Two Strings 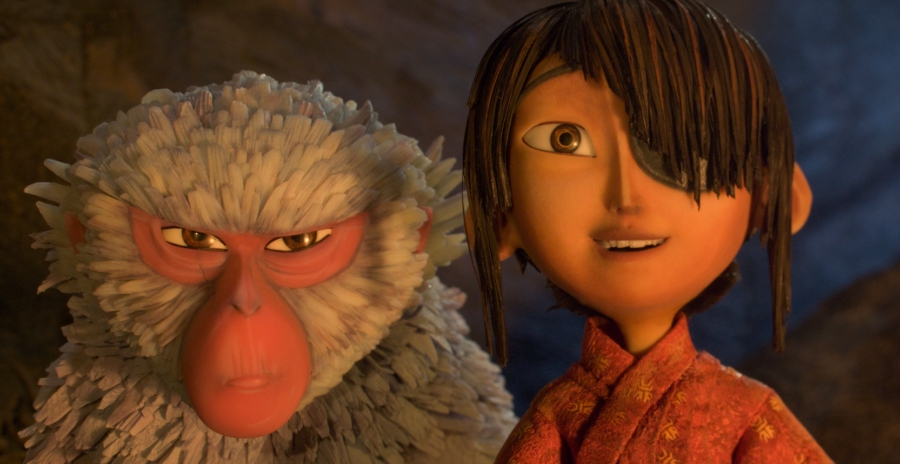 (Kubo and the Two Strings via Laika Entertainment)

This film will make you laugh, make you cry and even make you cover your eyes in fear. That's right, this well-rounded movie embodies every emotion from peaceful to scared… very, very scared. But don't let that dissuade you from watching this Oscar nominated film, because it is gorgeous in more than one way.

The story centers around a young Japanese boy named Kubo, who accidentally summons an angry spirit who wants to take something very special from the boy. After his mother's untimely death, he sets out on an adventure with interesting companions, Monkey and Beetle. You can thank Rooney Mara for giving life to the creepy characters of the Aunts who slink in and out of Kubo's adventure.

Unlike the previous nominated films, this movie was animated with stop-motion. Using techniques that combined computers and new technology, the animators were able to create a wide variety of facial expressions using 3D printers to give the characters nuanced expressions. While all of the nominated films come packed with impressive animation, we have to give props to the unique style of Kubo.

My Life as a Zucchini 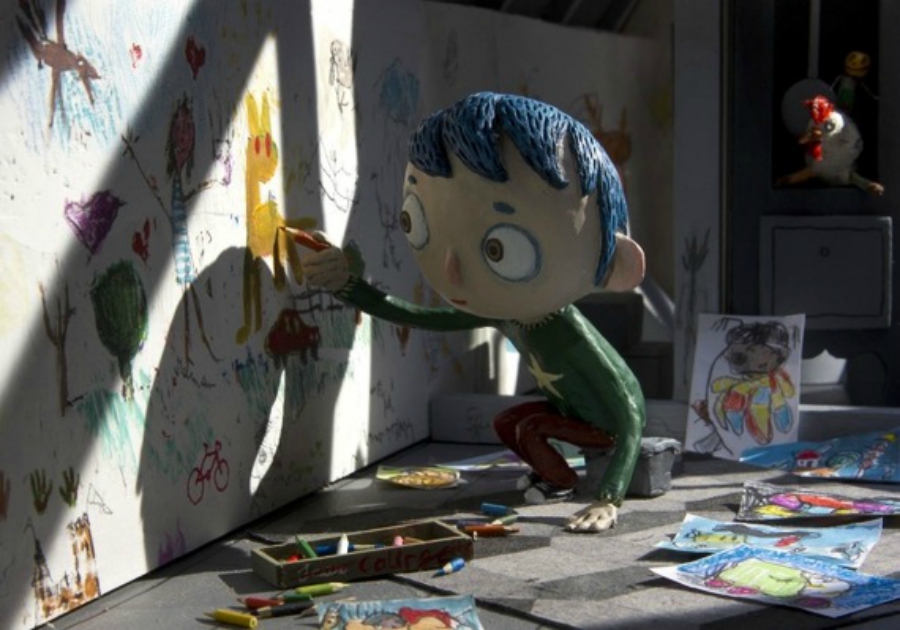 (My Life as a Zucchini via Rita Productions)

This may be the first film on our list that has you scratching your head. Don't remember seeing it in your local theater? Well that's probably because this film, also known as, My Life as a Courgette, is a French-Swiss film.

The movie deals with themes of loss and love as Zucchini, our main character, is sent to a foster home after the sudden death of his mother. He makes an unlikely friendship with police officer, Raymond, and then eventually the other foster children in his home. No, this world is not akin to the personification of Zootopia in that the characters are all a bunch of talking vegetables. Zucchini, a typical boy, got this squashy nickname from his late mother. Based on the original novel by Gilles Paris, this movie promises to have a lighter spin to the darker book behind it.

My Life as a Zucchini was also animated using stop-motion, but has a more traditional look than Kubo with the utilization of clay-faced dolls. It's possible that the themes presented in this French film run deeper than any of the other nominated movies which makes this selection an Oscar-worthy choice. 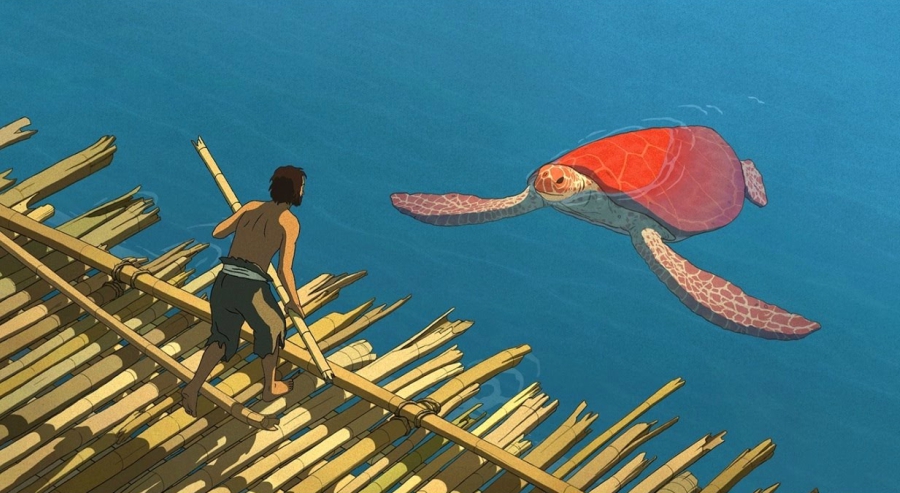 (The Red Turtle via Studio Ghibli)

The Red Turtle may be another head-scratcher, but it is amazingly unique in its own right. This movie stands out from the others, not only in the handmade animation style, but in that there is no dialogue in the movie! No, that does not mean this is a silent film—there are many yells and frantic gasps—but you won't hear the characters speaking with each other. Sound like a snore of a movie? You couldn't be more wrong.

Brought to you by the studio who made Spirited Away, this feature fantasy follows the life of a castaway who can't manage to sail off of the deserted tropical island. When he attempts to build a raft and find civilization, he's foiled by a giant red turtle who destroys his craft. But this misfortune takes a turn when a woman joins him on the island. Will the man be able to call this tropical prison a home after all?

The Red Turtle may rival Kubo for the most unique animation but it stands out from all the rest in its ability to tell a compelling story without any words. If you haven't seen this flick yet, you'll definitely want to see it for yourself before the Oscars reveal their top animated feature.

If you love all things animated, then you're probably a Finding Dory fan—which means you'll probably dig THIS post about sea-inspired clothing!