Here's What It Takes to Produce an eSports Documentary

Behind all great films there are great producers.

Pam Glennon is one of those incredible producers, working behind the scenes to put together all the little pieces necessary for a movie or show to work. She was producer on A New Hero: The Rise of College eSports, an incredible documentary following the lives of college students in a Blizzard Entertainment Heroes of the Storm competition called Heroes of the Dorm.

We got the chance to ask Pam about what it takes to be a producer and what you can do to follow in her footsteps. Here's what she had to say: 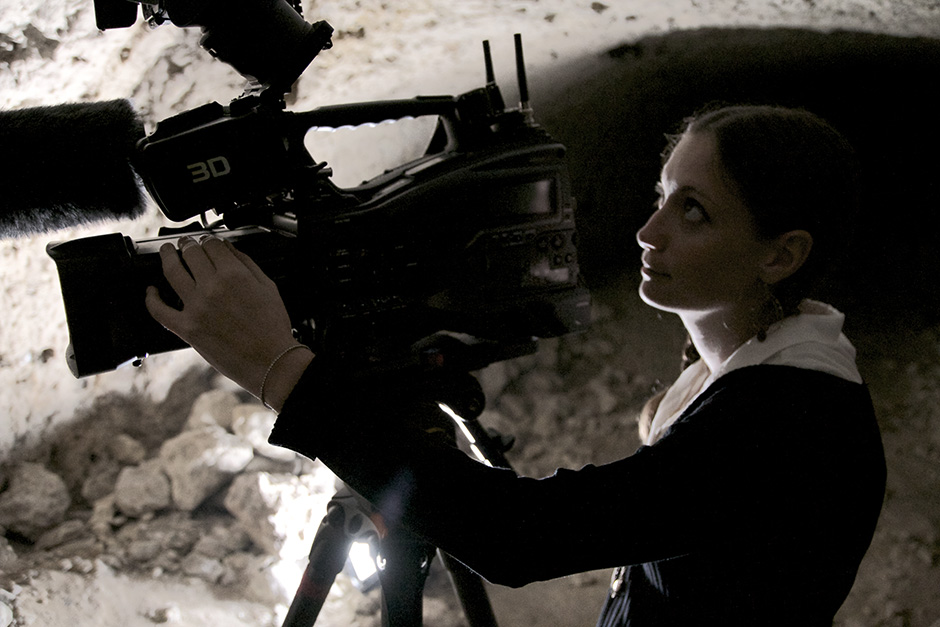 Sweety High: How did you fall into the role of producer?

Pam Glennon: Becoming a producer happened pretty organically. My first year in college I was undecided on a major, but I started gravitating towards communications because I had a deep interest in how we communicate whether through mass media, on an interpersonal level or even within ourselves. I ended up taking a TV studio production class as part of my degree and that's when I started to consider it a potential career path.

I thought it would be so cool to go film crazy, amazing places and people around the world. While I was still getting my degree, I started doing internships at local networks and corporations that had video production departments. Eventually I began working as a production assistant on bigger sets, which is really the first step for most people in a lot of production careers.

At the same time, I invested in a professional camera and editing software so I could make videos on the side. From there I worked my way up through different positions in production both on the technical and logistical side which I think gave me a well-rounded background that helped advance me to producing.

When I started out in my career, I honestly didn't really think about becoming a producer because I had always thought there was a certain "type" who fit the producer mold—you know that fast-talking "Hollywood" sort—and that I wouldn't really be good at that. In actuality, there are so many different types of producers and their jobs vary a great deal from genre to genre. Sometimes your core focus is on creative storytelling while other times it can be just 100% execution.

SH: What were you responsible for as a producer on A New Hero?

PG: Some of my biggest responsibilities were controlling the budget, overseeing all the logistics and making sure we had a plan in place that allowed us to capture great footage each day we went out to shoot. I also worked really closely with the film's director, Zach Lyons, to help decide who we were going to follow in the film and plan how we were going to capture their different storylines.

I also worked with my production staff on things like booking travel, hiring crew, making sure we had proper permission to film everywhere and getting everyone from point A to B. I'd work with the director of photography, Connor O'Brien, on things like making sure we had all the equipment and lighting we needed and also with most of the talent you see in the film to get to know their stories and schedules.

On set during Finals Weekend in Seattle, I was juggling a lot because we had multiple small crews following each team at the same time. Sometimes I'd be in creative mode with one camera crew asking the competitors questions and then something would pop up with another crew that needed my attention. During post-production, I loved seeing the stories all come together and helped make sure we stayed the course. 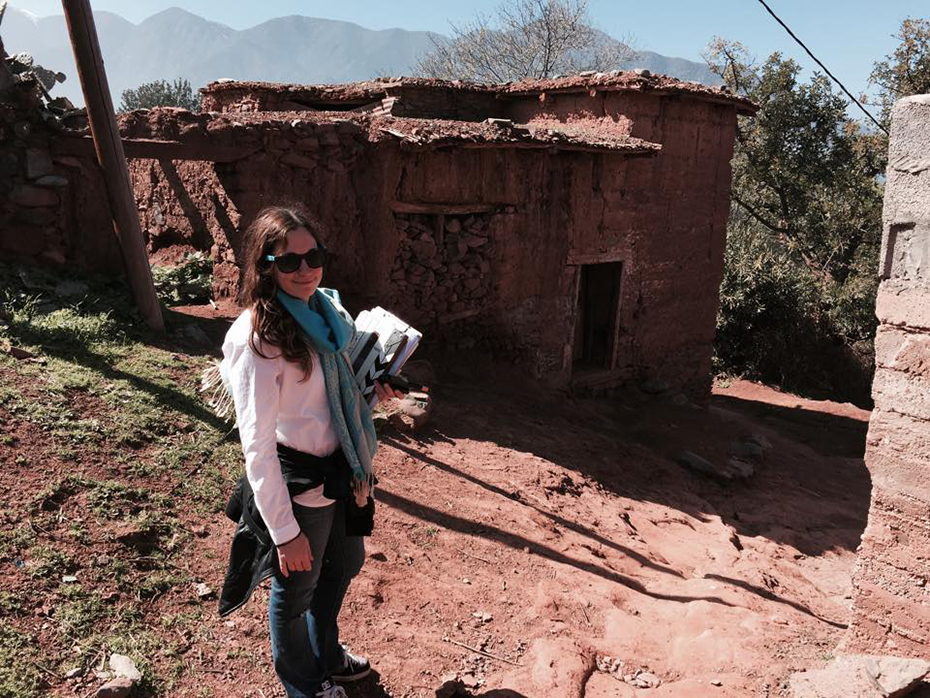 SH: How did you get involved with A New Hero: The Rise of College Esports?

PG: I had been working for a while with the film's production company on a number of other projects as well as a few with Blizzard Entertainment. In the past I had produced documentaries, TV series and sports programming as well as a documentary on the gaming industry so I think it made sense. I was honored to be asked to produce the project when the opportunity arose.

SH: Were you familiar or interested in eSports beforehand?

PG:  I was somewhat familiar with that world before the documentary, however I had not heard of collegiate eSports so that was something totally new and exciting. When I first started the project I was a bit nervous that the students wouldn't want to be filmed or really open up to us. However, all of the teams and players were so great to work with and enthusiastic.

I was really amazed how cool all the players were and impressed with their professionalism. To me I think it says a lot of this new generation and what they will be capable of achieving. I know how challenging it is as a college student to juggle schedules, activities, school work and jobs, nevermind their gaming careers. I was super impressed with how they made it all work.

SH: Do you consider yourself a gamer?

PG: If you asked me if I was a gamer a year ago I would say no because I don't think I play enough to be considered one. However, working on A New Hero has really expanded my idea of who a gamer is.

Yes, I love snowboarding, hiking and the outdoors, but I still like to game from time to time. I grew up playing Nintendo and Sega and then was really into Myst, Crash Bandicoot, Tony Hawk Pro Skater and GTA, and I'd say Pokemon Go, Mario Kart, Overwatch and of course Heroes of the Storm are my favorites now. It's a great way to destress or unwind. I think everyone is a gamer or has been at one time or another. 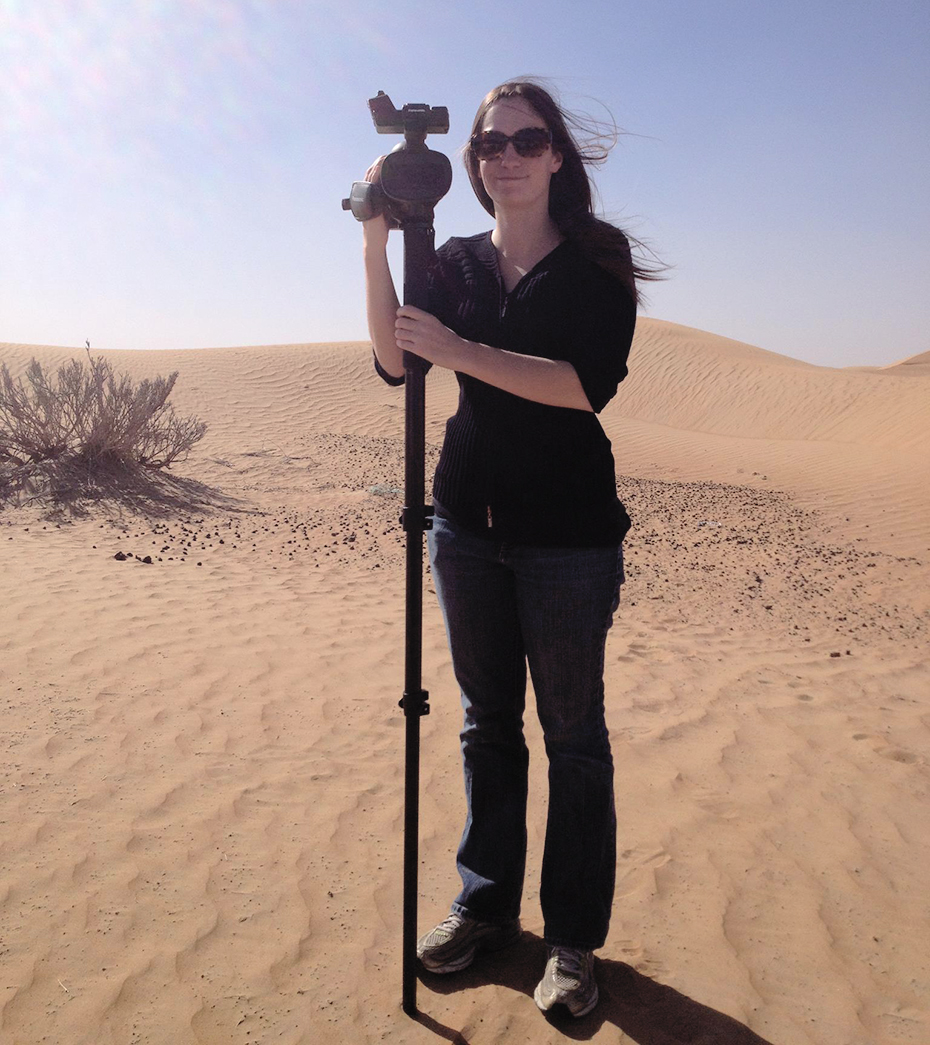 SH: What inspired you most about the stories of the gamers in A New Hero?

PG: My favorite thing about the players and their stories in A New Hero is their passion and how they are working to pursue that passion regardless of the obstacles in front of them. Whether it is staying true to what they love and who they are or striving to hit that life balance in order to follow their dreams, it really was amazing to see them grow and overcome various challenges even in the short time they were in Heroes of the Dorm.

PG: I think the most important key for success in anything is persistence and not to let anyone or anything tell you that you can't achieve your goal. I come from a small working class rural community on the East Coast where big dreams were often just that and not thought of as reality. I was lucky to have really encouraging parents, but there are always going to be people who raise their eyebrows in doubt along the way. Ignore them.

Production is a tough business, but equally rewarding. Find something you are passionate about and go for it. Mostly importantly work on eliminating your own self-doubt. This has been one of my biggest hurdles throughout my career and probably will continue to be regardless of what I accomplish. Sometimes we can be our own worst critics. If you really want something, don't take no for an answer—not from yourself or anyone else. There is always a path for achievement with a little work, time and patience, much like a game.

You can see Pam Glennon's work in the full A New Hero documentary below:

A lot went into the creation of A New Hero. Click HERE to read our interview with commentator Jaycie "Gillyweed" Gluck and HERE for our chat with host Anna Prosser Robinson.