Pankapu Is a Gorgeous New Game About Protecting Dreams

The new game Pankapu takes place in a world where nightmares and dreamkeepers duke it out for the protection of dreamers everywhere, and its unique gameplay perfectly matches the dream world it creates.

The story begins with a young boy named Djaha'Rell with a tortured past. Plagued by nightmares, he needs a bedtime story to help him rest. His father tells him the tale of Pankapu, the Dreamkeeper. Technically, the gameplay takes place within this fable, and it's up to the player to ensure that Pankapu succeeds on his journey through the land of Omnia, thus ending Djaha'Rell's bad dreams. 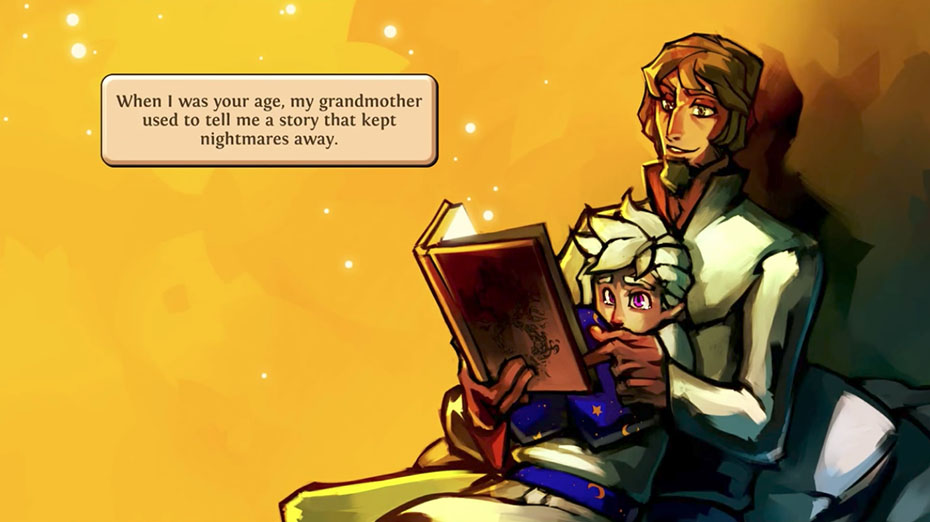 As the game begins, it feels like a pretty standard 2D action platformer. The backgrounds and characters are lush and lovingly rendered, and the movements in the game give it a retro feel without relying on nostalgia.

For the most part, the levels consist of fanciful areas strewn with blob-like nightmare enemies to defeat and obstacles to traverse through a series of well-timed jumps. 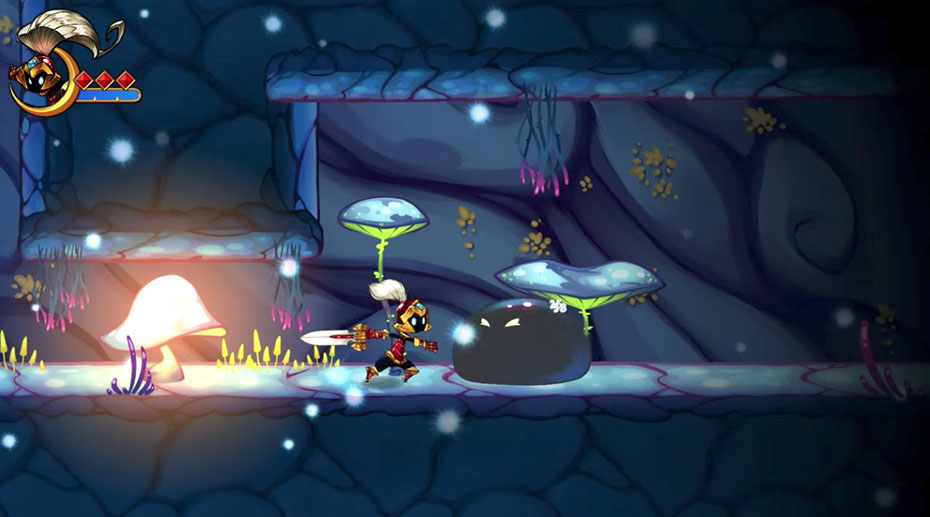 In the beginning of the game, your weapon, or Aegis, is a sword representing bravery. Enemies can be mowed down with a slash of your sword, and as you progress, you'll also learn to slam down on them or throw your sword as a spinning projectile.

Special moves, like Pankapu's sword throw, require a special kind of energy called anima, which is highly limited. Still, you can charge your anima by absorbing attacks with your shield.

But the game really opens up as you acquire its other Aegises. The ardor Aegis is a bow that can strike from a distance and hone in on multiple targets, as well as let Pankapu sidestep large obstacles. The faith Aegis is a magic wand that allows Pankapu to float over wide chasms, throw powerful magic and cast healing spells. Once unlocked, you can swap between each Aegis at any time. This forces players to come up with creative solutions to problems and gives them multiple options for overcoming obstacles. 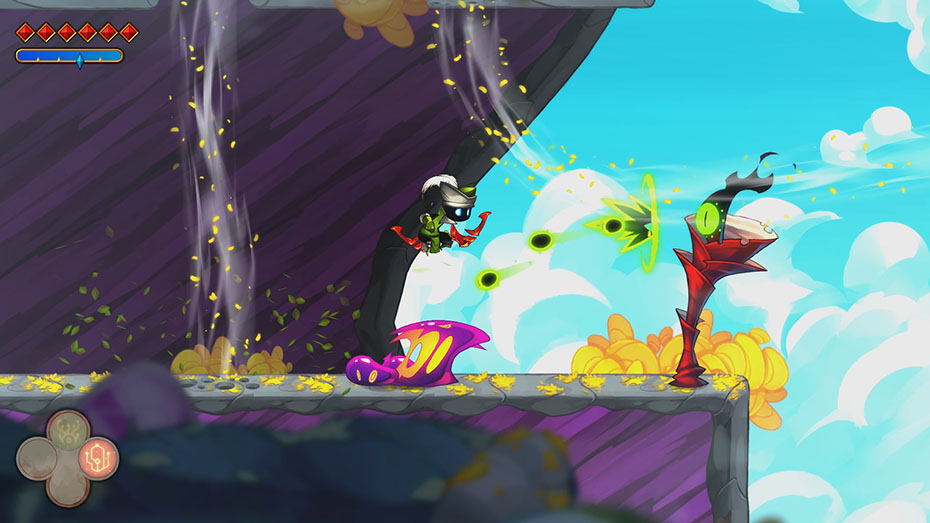 Along your journey you'll also befriend other characters, including a spider called Chii who lends his wisdom and can even transform into a vessel when necessary. The game is full of beautifully designed characters that add depth to the gameplay, even if Pankapu is a silent protagonist. 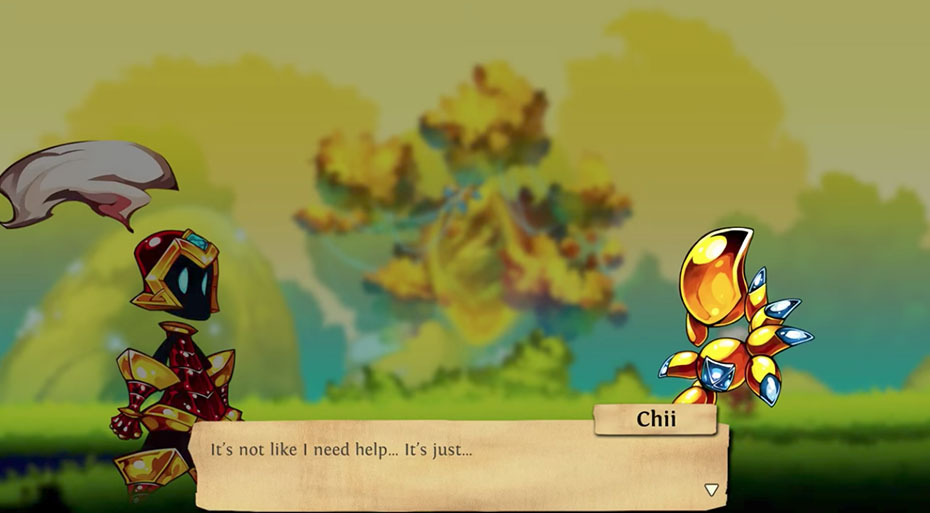 Traveling off the beaten path will also allow you to unlock goodies, like more health, that will help you on your journey, as well as the adorable collectible Mudjins, which are physical manifestations of joy and optimism. You'll also be able to nab new moves via Animyths and lost memories via Memoliths. By piecing together these memories, you can see the parallels between the stories of Djaha'Rell and Pankapu. 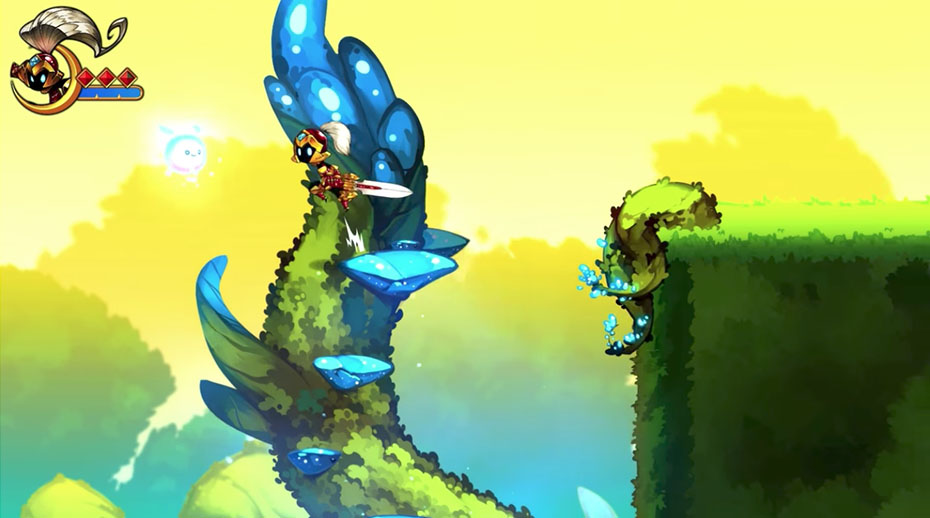 But this game is no cakewalk, and the difficulty level can sit somewhere between a fun challenge and a frustrating one. For one, the controls can feel a bit floaty before you get used to them, making precise platforming especially tricky. After a while, these controls become second nature, but there's a learning curve. It also takes an extra second to perform certain actions—like taking out a shield once you land a jump, or jumping after you've thrown your sword as a projectile—that can make or break a run.

While the enemies aren't too tough in general, some will make you break a sweat when you spot them in certain situations. One such enemy is a giant gooey hand that rises from the ground. If you don't block it with your shield in time, it grabs Pankapu and throws him back. This deals a big chunk of damage and can also be devastating in platforming situations where missing a platform means you're dead. And when Pankapu wields his sword, it can only swipe horizontally, meaning enemies coming up at you on an incline can't be hit with repositioning yourself. 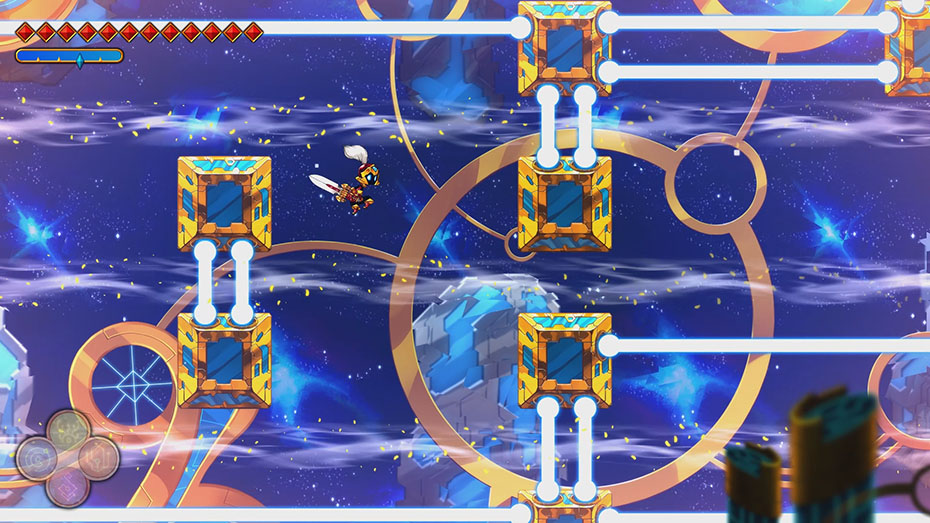 Thankfully, this game has frequent save points, and they typically appear ahead of very tough segments. Still, you might find yourself respawning there again and again as you try to make it through a tough area. In many areas, falling into a hole in the ground or into a river will send you back to the checkpoint immediately. But this game isn't too punishing, and hitting enemies won't knock Pankapu in the air like they might in a game like Mega Man. 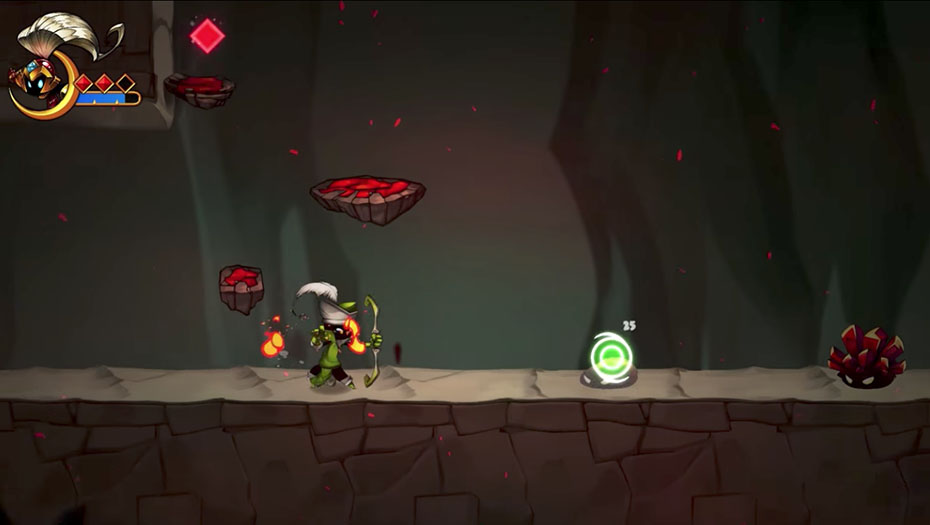 While the game's bosses might seem insurmountable at first, defeating them is all about carefully learning their pattern and waiting for an opening. It may take a few tries, but eventually, you'll decipher precisely how to take them down.

Overall, Pankapu is a tough action platformer, but if you're up to the challenge, it's definitely worth a playthrough. Collectible items encourage multiple visits to levels and add an extra element of complexity. Even when you're being super thorough, it's easy to miss well-hidden items. 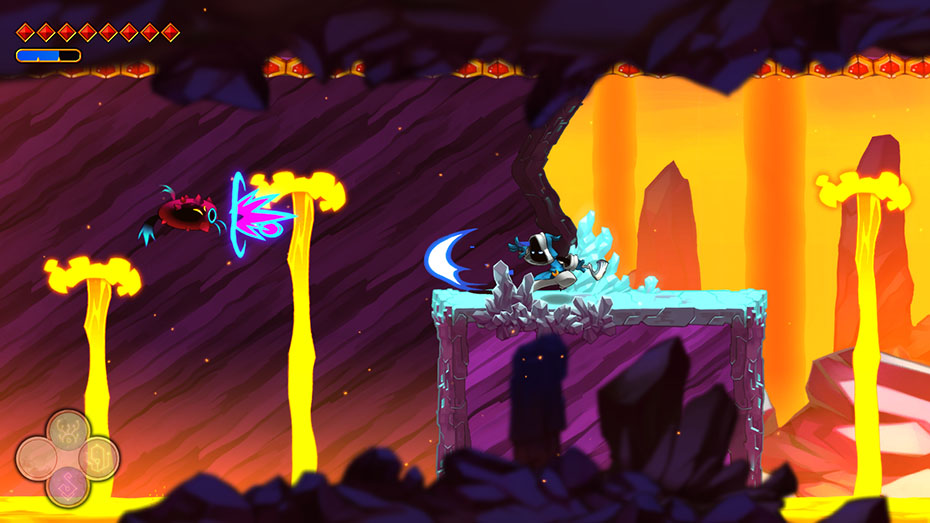 The dream concept behind the game is also strong, binding the gameplay and story elements into one cohesive package. We can see why it impressed the folks who backed it on Kickstarter and made it possible.

If you want to try out Pankapu's adventure for yourself, you're in luck. We played the game's PlayStation 4 edition, but the complete version of the game is also out today for Steam and Xbox One for $11.99.

Is you think you could learn a lesson or two from Pankapu, click HERE for more life lessons we learned from video games.