What would you do if you landed the mystery role you'd spent months auditioning for only to find you were the new voice of Nintendo's iconic Zelda?

We had the pleasure to speak with Patricia and ask her all of our pressing questions about what it means to play Zelda, and she revealed why this is her biggest role yet. 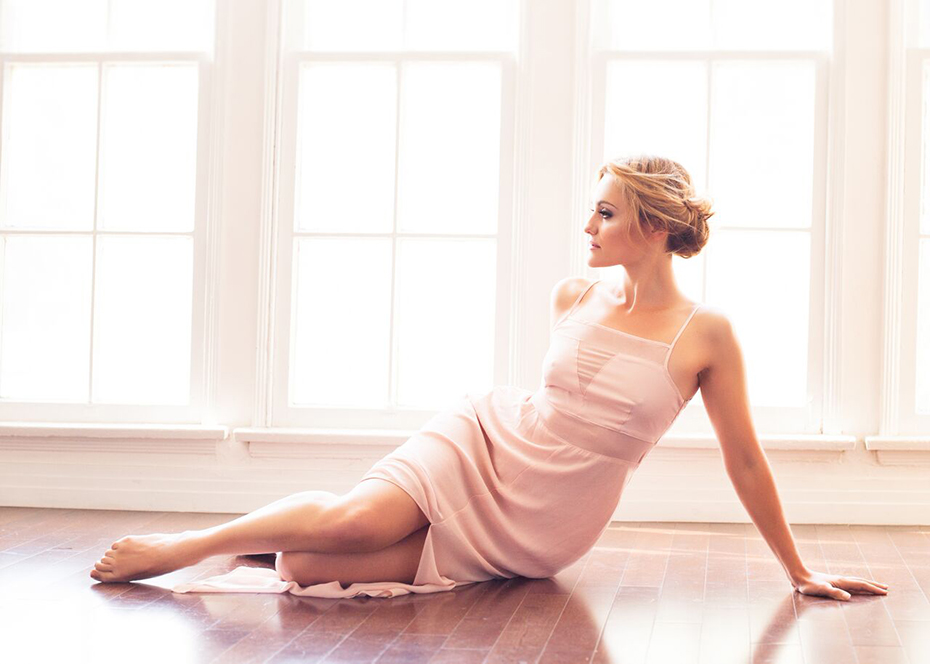 Sweety High: How did you get involved in voice acting for games?

Patricia Summersett: It's an interesting offshoot of being an actor. I actually started with voice acting, and I've always emphasized using my voice within my acting career—I also sing. When I was in school doing undergrad, I found that I took a shine to voice acting classes where we had to create our own characters. That's when I decided it would be part of my career, no question.

I spent a lot of time doing acting in Montreal when I first started, and there are a lot of indie game companies there, as well as Ubisoft, so those were my first big opportunities in video games. It's a very uncomplicated, inspiring job that I've loved to do from the moment I found it.

SH: What's the balance between your voice work and your on-camera acting?

PS: I'm not sure if I prefer one over the other. Some people definitely choose one, but that hasn't been my experience so far. There are very big differences and I do find that they complement each other. I really like being in a voice studio where you don't have to get dolled up and the emphasis is entirely on the technical things you do with your voice. That's a huge pleasure. It's very intimate, meditative work.

TV and film, as well as theater which is very live and direct and connected right out in front of people, are an entirely different thrill. I enjoy them all and I can't necessarily see myself choosing one over the other, even though some people say it's a good idea to pick one and specialize even more. I find that keeping a balance helps me in every one of those types of media.

SH: What was the casting process for Zelda?

PS: I auditioned for the part. When I was moving to L.A. and sending out packages including previous work I'd done, it attracted the attention of a casting director who then brought me in for an audition. I didn't know what the game was—one often doesn't when you're auditioning for video games.

I went in and I had a general idea that it was a fantasy game, that the accent would be British, and the general narrative. I built my audition around what I knew and got a callback about a month later. Weeks later, I found out I got the part, and I still didn't know what it was. It wasn't until the time of the recording that I found out it was Zelda. 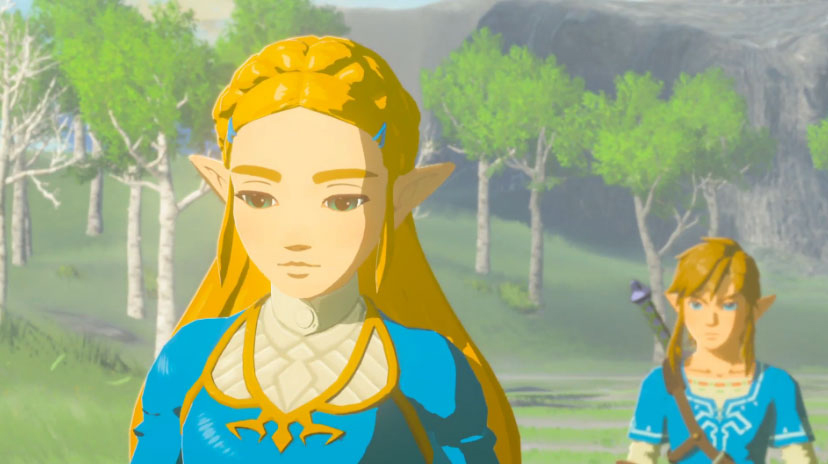 SH: Did you have any connection to The Legend of Zelda series before getting cast as Zelda?

PS: I've played a few of the Zelda games in the past. I played the original a lot growing up. I've also played Ocarina of Time, and I have a 3DS and have been playing that at home. I went back through it in preparation for this role. I also played Twilight Princess. I dabble in lots of different games. I also voice act in other games, so I like to play through those games and always study what I'm doing. Other than that, I love lots of little indie games I've tried out lately.

SH: Is it a strange process to find out what character you're voicing once you've already been cast and have generally established the voice without that context?

PS: In this line of work, it's so much a collective experience. Other people are weighing in on what the role is going to be, so it's a negotiation. Your creative decisions get blended with those of the other people on the team to get the final result.

What I auditioned for is what ended up being used. It was clear from there, and it was a matter of filling in the role beyond that within the structure of the voice I'd already started to create. I had a feeling she was a young princess, and I knew she was almost ageless and mature beyond her years, with the weight of the world on her shoulders. Those types of things were clues in the beginning when I was developing it, so I did have some sort of idea about the scenes I'd be dealing with. It's always a collective process and you have to negotiate through it. 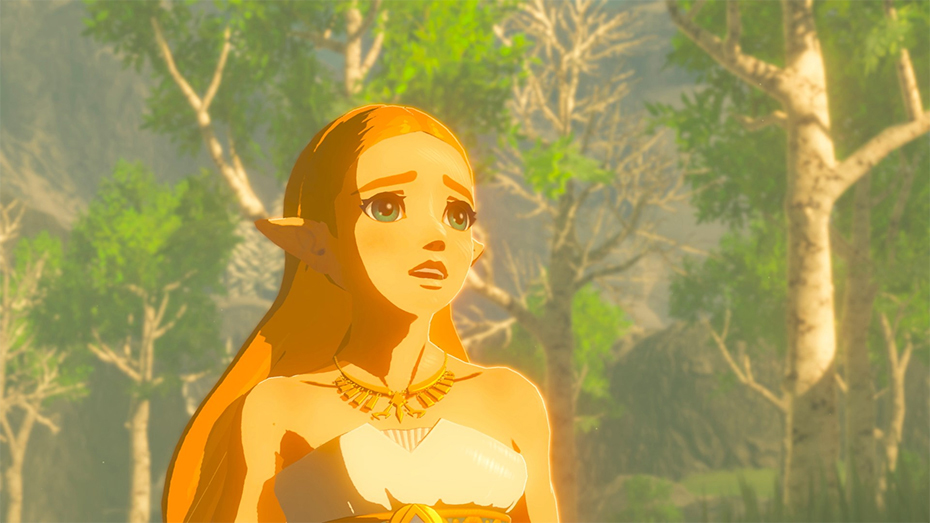 SH: This is the first time Zelda has had full voice acting within a game. Did you feel a lot of pressure around that in creating the correct voice for her?

PS: It's been an interesting year having kept that as a secret, being part of this process privately and watching the hype around the game. I certainly did feel some pressure, but it was also a pressure that was filled with a deep excitement for what was to come.

There's also the understanding that everything I was doing was being approved by several people as it went through the process, so I'm at the place where I have to trust in my professional career that they're going to make the final decisions and we'll all be represented well. I do trust that, because it's Nintendo.

SH: Once everything was recorded, how secretive did you have to be about your role and the game?

PS: Very. No speaking, no telling anybody. I'm very careful with my secrets because that's part of being an actor, and particularly a video game actor. So much about that job is about reveals and the leaking of information, so it's of the utmost importance that you know how to keep your mouth closed. I couldn't tell anybody. I did work with somebody on the accent and I signed some NDAs [non-disclosure agreements] to work on some branding stuff, but it's very, very secretive stuff. Absolutely nobody could know. I was very careful to not even tell my family. 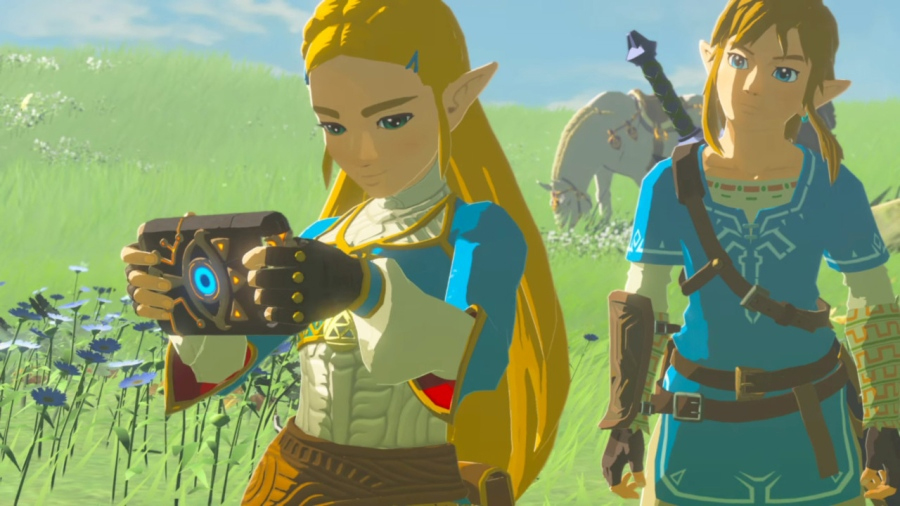 SH: What has it been like seeing the response to the game now that it's out?

PS: It's been extraordinary. I've been part of some really great projects before, but this particular one is probably the biggest and the most fan-driven for me directly. Assassin's Creed has a lot of amazing fans and I've connected with some of them in the past, but with Zelda, because it's such a large, 30-year-old world, it's been really wonderful and there's a lot of amazing people I've met that I know I'll be continuing to meet this next year when I do conventions. It means a lot to me.

SH: What has been the coolest thing about being the voice of Zelda?

PS: I think one of the coolest things is being able to go around to different places and see how deeply embedded into culture the game already is. It's really fun to be part of something much larger than you. It's an interesting way to gain some perspective.

The other day, I was walking down the street and I found Zelda graffiti on the door, and I just thought it was so crazy that that specific thing crossed my path. I went to a restaurant and they had Triforce nachos. I like to sit in those spaces and think about how crazy it is that I'm part of something so big. Generally, the fans I meet are really nice, wonderful people and that's always awesome.

SH: Have you been playing Breath of the Wild at all?

PS: I just unboxed my Switch and edited the video and I've just done the very, very opening of the game, so I can't speak much to the gameplay yet. I've watched my friends go through it, but I haven't sat down to actually play it myself yet.

I'm taking my time, because I know that once I get into it (I'm doing about five other things right now, writing music and working on other games) I want to just take the space and time to sit down with my Switch and play through the game at my own pace. I'm very much looking forward to it, but it's been slow getting in.

PS: I do have some stuff coming out, but a lot of it I can't really talk about. I've got a couple of games coming up that are very exciting. One of them I can't discuss yet at all, but the other one is a Spearhead game—they're a pretty cool indie company in Canada. I've got some music stuff I'm writing with my creative partner and some little film and TV things I'm working on. I also really look forward to seeing people at conventions this year and traveling far and wide to make that happen.

Curious to find out more about how video games go from concept to reality? Click HERE to read our interview with the executive producer of The Sims.