What You HAVE to Know About Zombies 2 Star Pearce Joza

We adored the first Zombies Disney Channel Original Movie when it came out back in 2018, and the fact that it's back with a sequel this Valentine's Day fills us with joy.

And one of the reasons we're so excited for Zombies 2 is that it'll introduce new characters, including Wyatt, a werewolf played by Pearce Joza. We're already huge fans of the actor and singer, and we're ready to fall even harder for him. If you love Pearce as much as we do, keep reading to find out everything you wanted to know about him. 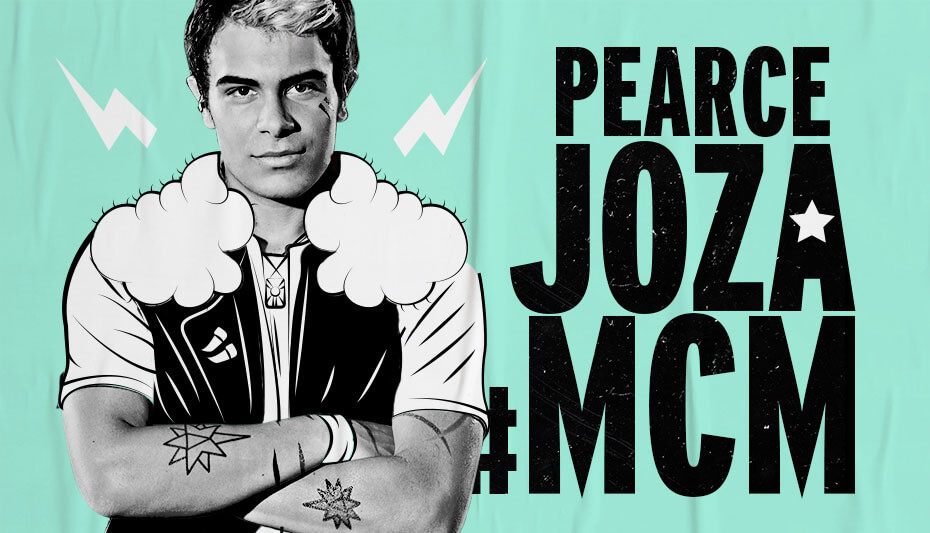 1. Pearce has been influenced by a lot of movies over the years, but no film has impacted him more than Eternal Sunshine of the Spotless Mind.

"It made the biggest impact on my determination to become a professional actor. Since as far back as I can recall, I've imitated Jim Carrey's comedy. Then I saw him in a dramatic and vulnerable role. This confirmed that I could deliver both comedic and dramatic performances. The emotional depth of humanity in the movie also moved me like no other movie I had seen up until that point."

2. It's also the movie that never fails to make him cry!

"I was so taken with how each of us has specific vulnerabilities based on how we were raised within our families, the political climate in which we were raised, and the events that happened to us at school and other places. The raw human emotions in this film by both Jim Carrey and Kate Winslet always choke me up."

3. His favorite band of all time is Queen.

"I grew up listening to classic rock with my parents who were teens in the late '70s and early '80s."

4.His parents know him better than anyone else, but he's really close to a number of great people.

"I'm also lucky to have an amazing 'extended family' of friends and mentors who support me, whom I support, and who give me unconditional understanding and encouragement."

5. Of the Disney Princes, he relates most to Eric from The Little Mermaid.

"I specifically like that Ariel first saves him from drowning. They seem to have the most emotionally balanced relationship of all the prince and princess couples."

6. Pearce's favorite thing about himself is his loyalty to his friends.

"Friendships can be tricky: No two people are exactly the same. We have different types of families, cultures, and life experiences. If we allow each other our differences, and understand that everyone makes mistakes, we can have stronger friendships."

"Anyone who has seen my Instagram knows I love cats! I truly love all animals, but I'm partial to cats. Growing up, I had two cats and two dogs. All four were great pets and companions. However, Colton, the rescue cat, was my buddy. He used to hike with me and my parents in the Colorado mountains!

8. Pearce loves to snowboard, skateboard and play pick-up basketball, but not many people know that he can also make a mean scrambled egg breakfast.

"It's my opinion that for all the beauty in life here on earth, there must be infinite splendor where we haven't yet been."

10. He has a special connection with the Pirates of the Caribbean series.

If you can't wait for Zombies 2, click HERE to learn everything you want to know about Pearce's costar Milo Manheim.