If you've been reading my writing long, you're probably well aware that I love snacks.

I'm up for trying pretty much anything, but while I won't say no to most bad-for-me treats, I always appreciate the companies that go above and beyond to offer great flavor in more nutritious packaging. A lot of my impulse buys tend to be variations on classics, but few of them fail to stack up to the originals.

There's where PeaTos is different. The brand is dedicated to take the junkiness out of junk food classics, making their own versions of snacks like Cheetos and Funyuns, but made with peas rather than corn. When the folks behind the brand offered to send me samples of all their savory products, I eagerly took them up on it—and here's what I discovered.

PeaTos is all about putting their own spin on flavorful "junk food" classics, but replacing the low-nutrient corn in those recipes with more healthful peas. Not only do their pea-based snacks contain twice the protein and fiber than ones made from corn, but peas can be grown more sustainably than corn, making them better for the environment.

PeaTos have fewer calories and net carbs per serving compared to their better-known counterparts, as well as less fat and sodium. They only contain natural flavors, and also contain potassium and iron. They also come in a variety of flavors and shapes, including Crunchy Curls in Classic Cheese, Fiery Hot and Zesty Ranch flavors, as well as Crunchy Rings in Classic Onion and Fiery Onion.

Even before biting into my first cheesy PeaTos curl, I wasn't at all wary of the fact that these snacks were made out of peas rather than corn. I've been known to wolf down a whole bag of treats like Harvest Snaps in a single sitting, so I was very much looking forward to trying PeaTos.

The minute I ripped open the bag, I knew I was in for a treat. For one, the 1 oz. baggie was absolutely packed, and it was nice to know this brand doesn't skimp and fill the bag with air. Secondly, the cheddar cheese flavoring had a bright, appetizing smell. I couldn't wait to dig in.

One bite, and I was hooked. I found that the cheddar flavor here was much sharper and cheesier than a Cheeto, which in my opinion is a very good thing. If you actually don't like cheese, and gravitate toward Cheetos because their flavor is subtle and not all that cheese-like, you might not love these, but cheese-lovers should rejoice. And, unlike Cheetos, these didn't leave my fingers covered with artificially orange powder that got over absolutely everything.

I also found that it was nice and crispy, and if there was any pea flavor to the flour blend, it was completely masked by the cheese. The 1 oz. bag was perfectly satisfying, and made me look forward to trying the next flavor. 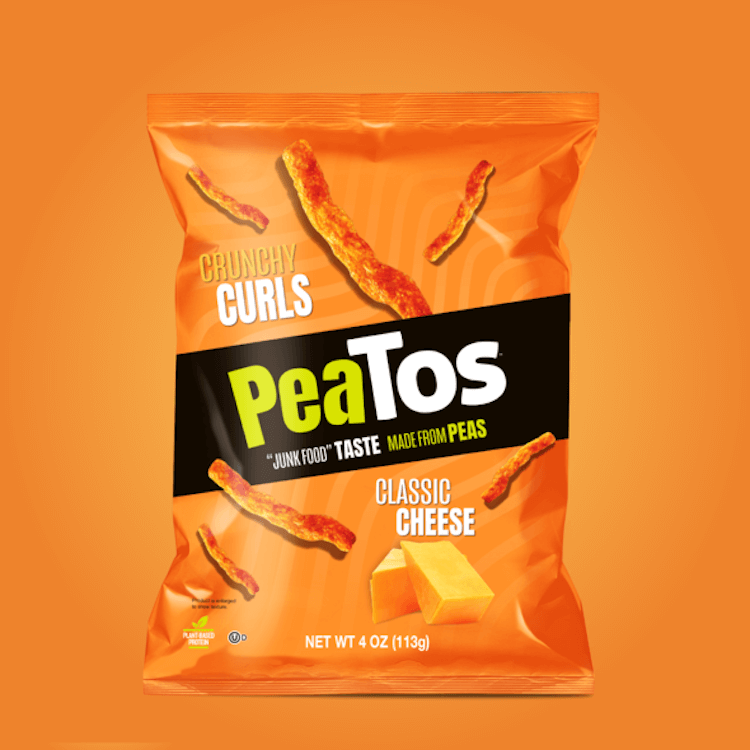 Many have tried to replicate the flavor of Flamin' Hot Cheetos, and many have failed. Again, I think PeaTos knocks this flavor out of the park. Rather than being all about the heat, this snack has a flavorful, smoky spice backed by vinegary tang. It's spicy, but not overwhelming, so you won't be forced to chug a beverage and cool off after every bite. Like the Classic Cheese flavor before it, I also found that these didn't coat my fingers in red, staining powder. In my book, that's a plus. 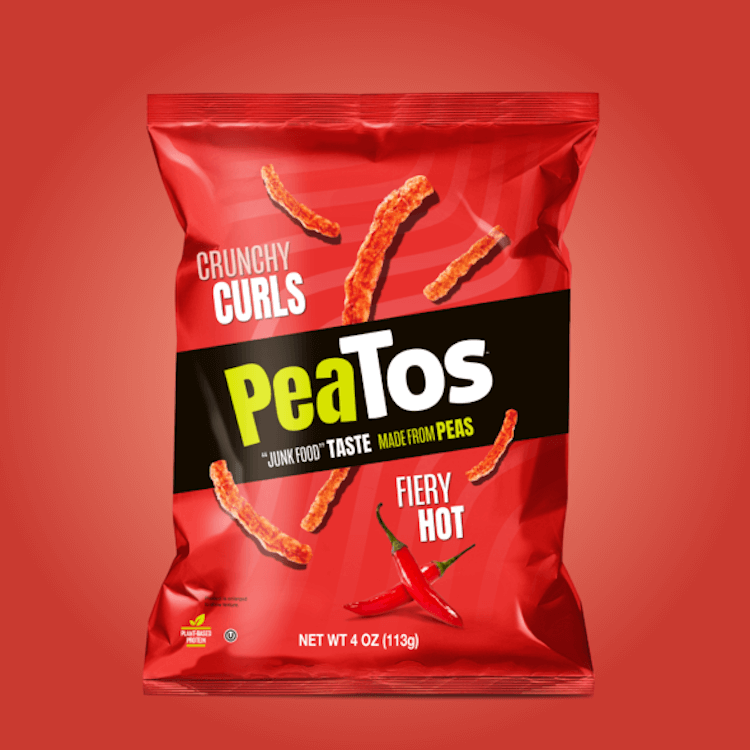 I was fascinated to try the Zesty Ranch Crunchy Curls because, as far as I know, this isn't really something offered by the other chip brands out there. I found that the creamy flavor, rounded out by hints of onion and garlic, was exactly what I was hoping it'd be, and became an instant fan. For the first time, I thought I could actually taste some of the pea flavor underneath the ranch coating, but I believe that works to this flavor's benefit. It reminded me of Harvest Snaps, making it all too easy to snack on these tasty bites. 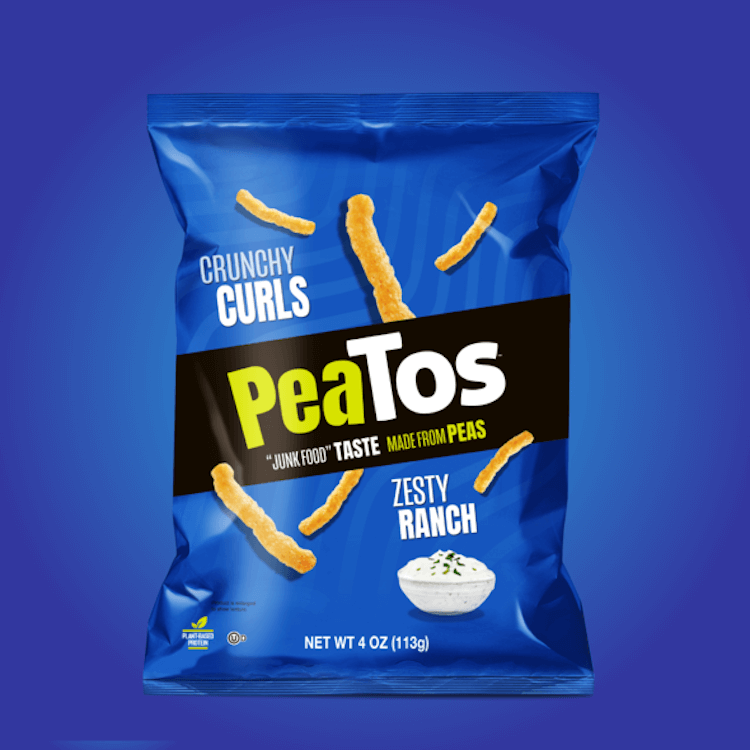 Now, I am obsessed with Funyuns, but somehow always seem to forget they exist, so I was really excited to see PeaTos do their own version of them. Yet again, the folks at PeaTos got their interpretation of Classic Onion Crunchy Rings exactly right. They had exactly the crunchy, crispy texture I expected, with a bold onion flavor that actually exceeds the classic. Again, any pea flavor is hidden behind strong seasoning, making these treats disappear from my household fast. 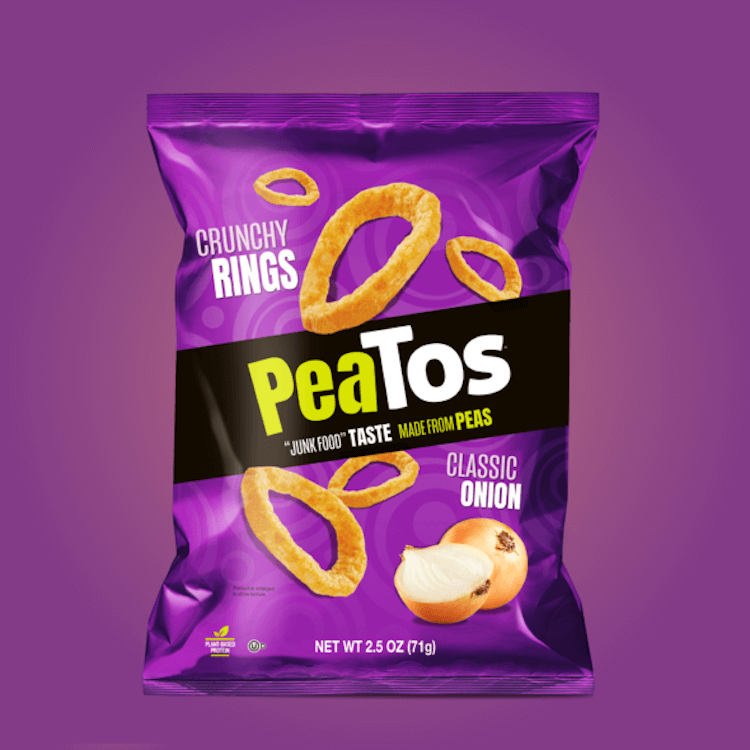 Last but not least, PeaTos has a fiery version of their Crunchy Rings, which might be the tastiest of their five offerings. Again, the rings have just the crunch you might expect, and the combination of their well-selected spices on top of the savory onion flavor make it a taste explosion that puts the original to shame. Don't expect a bag of these to last long. 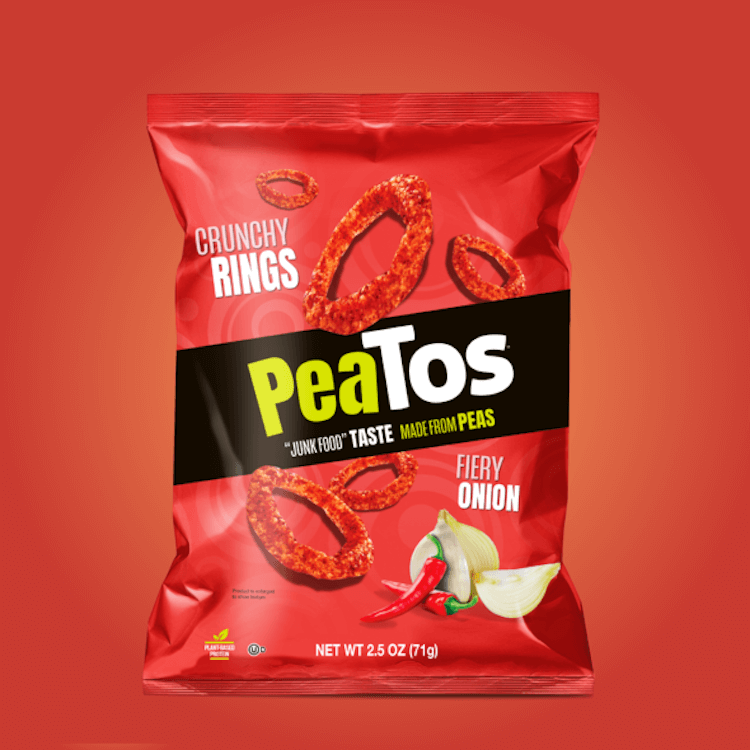 If you're a junk food fanatic who goes through Cheetos and Funyuns like they're nothing, you should absolutely try PeaTos. Yes, they're a little pricier than the basic options you might be used to, but they taste great and are better for you and for the world. All five kinds are worth a shot—especially the oniony Crunchy Rings.

You can also click HERE for their Store Finder to locate PeaTos near you.

Curious about more adventurous and exotic treats? Click HERE to find out if Woodridge snacks might be up your alley.