Pema Donyo On "One Last Letter"!

Pema Donyo is a teen author who published her first novel, The Innocent Assassins, in June of 2014. Her sophomore novel, One Last Letter, was published in August! 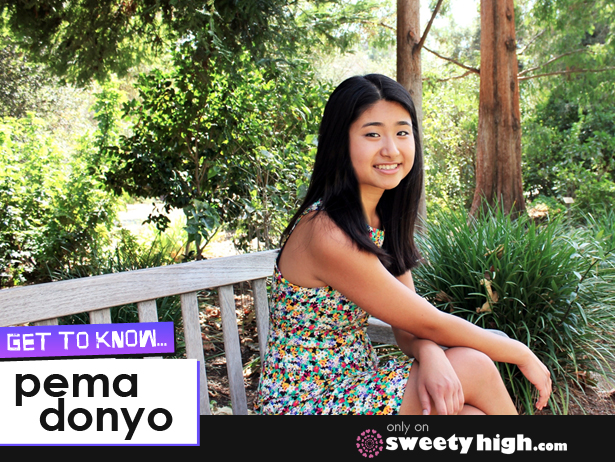 In a recent interview, we asked Pema about her history as a novelist, from writing and education to publishing and much more!

Pema is a sophomore currently pursuing a degree in economics at Claremont McKenna. She hopes to pursue a career in the humanities and social sciences.

"I have a lot of different passions, and I plan to take full advantage of my next few years in college exploring academic possibilities," she said.

But one of Pema's greatest passions is writing. When she's not in school, she's writing almost constantly.

"I love writing, and I think you can always make time for what you love," she said. "I write mainly during summer and winter breaks, and then my school year is focused on editing the stories and, of course, finishing homework and studying for tests."

Pema's first book was The Innocent Assassins, a story about a teenage espionage expert who must choose between her loyalty to the secretive Covert Operatives corporation and a chance to live a normal life.

Various publishing companies sent her offers, but Astraea Press's enthusiasm for her work made them the obvious choice. Next, she worked through editing with them.

"The editing process was difficult, because I was also balancing school at the same time," she said. "But the experience definitely taught me a thing or two about time management!"

The book has been met with a warm reception.

"So far – fingers crossed – fan response has been positive," she said.

In fact, it's so popular that some fans have contacted Pema to ask when they'll be able to read The Innocent Assassins sequel. That story is already in the works.

While some of the comments she has received so far have been critical, Pema said they can only benefit her.

"All criticism I've received has been helpful and the feedback only helps me grow as a writer," she said. "I still have so much to learn, and I'm excited to see how my writing will change over the next few years."

She has put some of that learning to test in her new book, One Last Letter. It's a romance set in the old west.

Pema was inspired to write the story because she was over reading about damsels in distress.

"I love historical romances, but I wanted to read more books about strong heroines who were just as capable as the heroes," she said. "That's not to say the heroine should never be saved by a hero, but I wanted to provide a heroine who could save herself as well."

"She's tough, independent, and only wants what's best for her ranch," Pema said. "While she does fall in love with the cowboy Jesse Greenwood, she places more emphasis on continuing her financial success."

In fact, Evelyn's determination is what led Pema to set her story in the American West.

"A dedicated work ethic was needed to make it out there," she said. "It was a time of independence and adventure – both qualities I wanted my heroine to experience. The unpredictable terrain also adds a few high-stakes scenes to the story, which are always fun to read and write about."

When Pema writes, her biggest inspiration comes from real-world events.

"Real worlds inspire fictional ones," she said. "Whatever is happening around me at the moment is what inspires me."

For example, One Last Letter was inspired by our society's fixation with texting.

"Many of my peers develop relationships through non face-to-face communication, but it's nothing new," she said. "Just as two people today can connect over texting, people in the nineteenth century could connect over writing letters."

Rather than texting, Pema's protagonists Jesse and Evelyn communicate and develop a relationship through handwritten letters. Once she came up with this idea, much of the rest of the story fell into place.

For Pema, writing is usually a straightforward process. Often, the more the story has developed, the easier it becomes.

"I see each scene in my head like a movie or television show – it plays in my head, and all I do is write down what's happening," Pema said. "Over time, the more I connect to my characters, the easier the scenes are to write. I begin to know the characters so well that all I do is set up the scene and watch/write down whatever they tell me."

But that doesn't mean that Pema never encounters writer's block.

"Even after I understand my characters, there's still certain emotions I know I need to convey through writing and certain actions I know I need to happen in order for the scene to be effective," she explained. "It's pressure all writers put on themselves, I think. We want our writing to reach a certain standard, and we become frustrated or experience writer's block when this doesn't happen."

It can also be frustrating to come up against naysayers when you want to be a writer, but Pema's biggest words of advice to aspiring writers are to power through.

"People will try to discourage you," she said. "There are going to be people out there who tell you you're wasting your time, or that you can never be published, or that it's impossible to achieve any sort of success from writing. At every step of the way, you'll receive negative comments from others."

Her advice isn't to completely reject what detractors have to say. Instead, learn from that criticism, and use it to improve.

"Listen to what they're saying – and then keep pursuing your own definition of success," she said. "Remain realistic, but hold on to your dreams."

For even more on Pema Donyo, be sure to check out her social media pages, listed below! You can also join us at Sweety High to tell us about your own writing adventures!