I Took a Stroll With a Professional People Walker

L.A. locals may have seen some pretty interesting flyers posted alongside the typical ads for headshots and yoga classes lately.

Can I get a free half mile walk to make sure the service is right for me? #beachwoodcanyon #thepeoplewalker

One of Hollywood's most famous non-celebs at the moment is The People Walker. That's right… like a dog walker, but for you. We decided to book an appointment with Chuck to see what it's really like to take a stroll with a professional walker.

It all started with a Facebook message. I found The People Walker's profile and, not noticing any other form of contact info, I decided to drop him a message. I simple wrote, "Hi, I was wondering if you're free tomorrow to go for a walk." Within minutes Chuck had responded and we had an appointment set up for the following afternoon.

Some of the suggested reasons on his FB page for using his service are as follows: if you need motivation to get out and walk, if you're scared to walk alone at night or if you simply want company. I definitely relate most to the last reason because walking is one of my favorite ways to exercise and yet I can't find anybody who wants to join me!

To be honest though, I was really nervous about our rendezvous. On a scale of 1-10 I would rank myself as having level 7 social anxiety. I'm not the biggest introvert you'll ever meet, but small talk is definitely a nemesis of mine.

Before the walk I decided to do a little research and discovered that the People Walker is an actor. Cool, I thought, he'll be a good conversationalist. Living in Hollywood you come across your fair share of actors and most tend to be relatively outgoing—their career practically depends on it.

I swept an anxious bead of sweat from my brow and decided that he would be able to carry the small talk convo easily. Next on my preparation to-do list was handling the payment method. As this was my first stroll, I wasn't too sure how I would reimburse my walking partner. Before our meeting I stopped in at the grocery store and bought a pack of gum in order to get cash back as well as signed into PayPal in case he preferred a more professional method.

The next stop was to meet on the corner of Bronson and Franklin, which is a few short blocks from my apartment. I was obviously early because I'm always early and tried to look casual as I scrolled through old texts. He was going to be wearing his, "The People Walker" tee so I could easily identify him. Sure enough, a couple minutes later I was shaking hands with a pretty tall guy (granted, I'm a pretty short gal) wearing a handwritten shirt announcing his business.

He asked me how intense of a walk I was in for and a few awkward "umms" and "I don't knows" fell out of my mouth before he suggested we hike to the Bat Caves.

The Bat Caves are named so, not because they're home to upside-down-hanging animals, but because the tunnel was created and used as the filming location for Batman's Batcave in the 1960s television series. Countless other TV shows and movies have filmed in these caves that are located in a section of Griffith Park. I decided that sounded like a decent walk and a fun destination, so off we went. 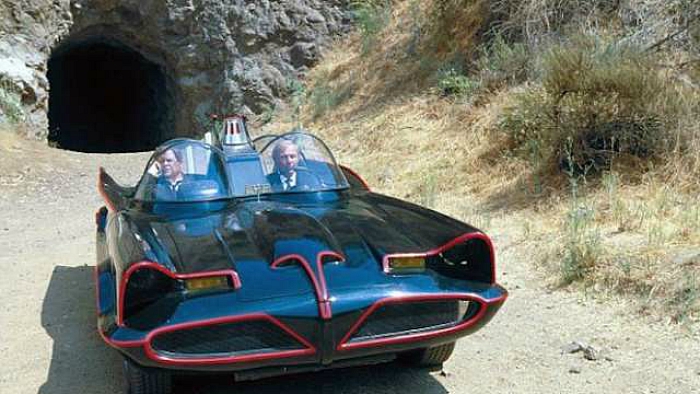 The People Walker was turning out to be a really nice guy, albeit not necessarily as theatrical as I anticipated. I was expecting somewhat of a Stand Up show to accompany our walk—as many people in L.A. are always performing and practicing their material—but Chuck had a softer energy that was enjoyable, yet dangerously close to conversation lull.

At times he nearly seemed shy and I wondered why a person not completely comfortable with strangers would choose to form a business around small talk. I almost asked him how he came up with the idea for the People Walker, but decided not to as 1) I bet he gets that question constantly and 2) I didn't want to blow my cover. My intention was to have a completely organic experience of the service and questions like those would lead us down an interview path.

As we walked through the quaint neighborhood that led to an entrance of Griffith Park, we chatted about things like work and movie remakes we wish were never made. As it turned out, we actually had a few things in common.

It wasn't long before a group of people passed by us and one squealed, "There he is! The People Walker!" Chuck didn't have much of a reaction to this outburst and seemed a little embarrassed. I asked if that happened often and he said, "Well, when you're wearing a shirt that says who you are, people take notice." Made sense. I think I would be embarrassed to be a walking billboard too.

As we got into the park we were reaching our halfway point and the convo began to fade a little. In a desperate attempt to not walk in silence (why is silence so much more awkward with strangers??) I commented on the weather. Yes, the weather. I know it's the most obvious "the conversation is dying and I obviously don't know what to say" type of comment, but it was all I had at the time. Thankfully as we approached the caves we were able to chat about the history of the tunnels. Crisis averted.

Making our way back, we ran into another person who fanned out over Chuck's shirt and this time we both ignored the statement. Our conversation was becoming much easier and any anxiety I had originally harbored was gone. We spent the rest of the walk chatting about books that were turned into movies and odd collections like my childhood Pez dispensers.

When we got back to the corner of Bronson and Franklin I sent him a payment through PayPal and we high-fived as we parted.

All in all, the experience was pretty lovely. My body was definitely feeling the 3-mile long walk-hike, so I felt accomplished and in addition I had the added bonus of getting to know an interesting person on the way. While I felt completely safe the entire time, I will also mention that as a precaution I shared my location with friends, you know, just to be extra careful.

I feel like I stepped outside of my comfort zone by choosing an activity I normally would avoid like the plague. Now that I know I can push my social anxiety to the side, I may try something like this again.

If you're interested in making a transformation, you have to find out what happened when Brittney tried to become a volleyball player in six short weeks HERE.