One fan favorite that always makes it into our snack bag is beef jerky. There's something about this deliciously flavored dried meat that satisfies us to the core.

But have you ever stopped to think how this treat is actually made?

To be completely honest, we hadn't either until we were invited to visit People's Choice Beef Jerky, a factory in downtown Los Angeles that has been delivering unique jerky flavors from their family-run shop since 1929. 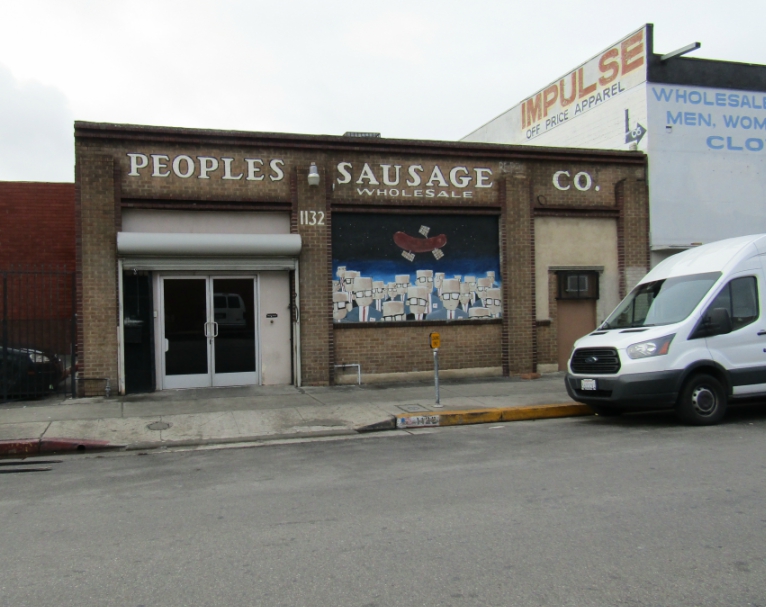 The process of making beef jerky is as fascinating as the family who runs this factory, so scroll below to see what happened when we stepped inside this history-filled property and saw the snack being made from start to finish.

From the moment you enter People's Choice Beef Jerky, you know you're going to have a pleasant experience.

To enter the building, we rang a bell and were instantly greeted by a kind employee. The second my co-worker Dahvi and I entered the building, we were overcome by the sweet and delicious scent of spiced beef jerky.

Brian Bianchetti, great grandson of the factory's founder, came to fetch us.

Before we started the tour, Brian explained that in order to grasp the true meaning of the company and its purpose, we'd need a brief history lesson. 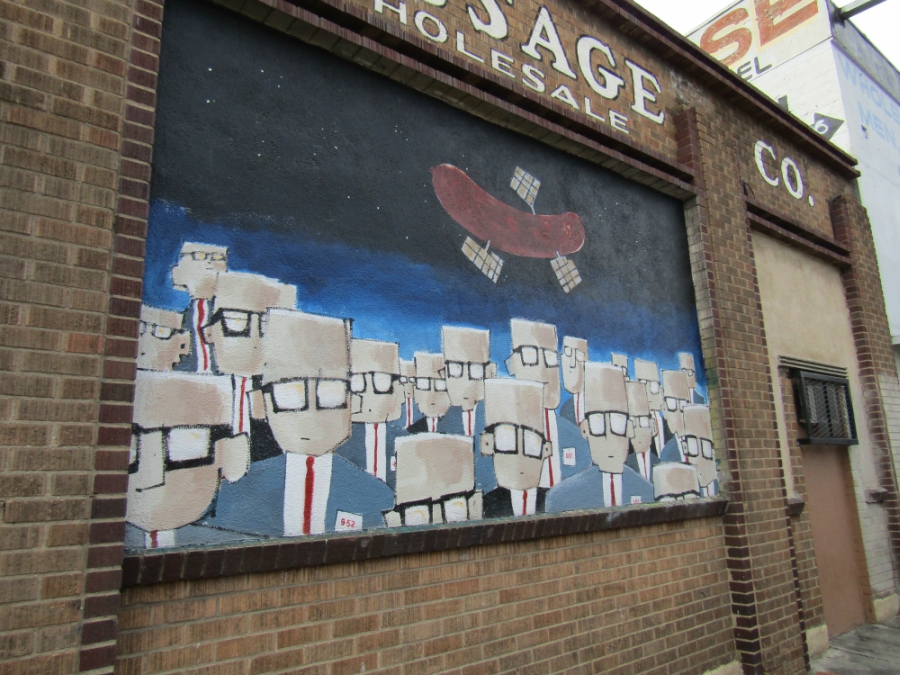 "This mural is a huge part of the company's history and our family's story," Brian told Sweety High.

The company has been in this location since 1939, but it originated in 1929 when it was started by John Bianchetti, Brian's great grandfather. His goal was a simple one—to support his family by doing what he knew best: selling quality meats.

The business was passed down from generation to generation and is now owned by Brian's father, Mark Bianchetti.

"For us, this mural and this building is of great importance. You see, this is the same brick building that was here when my great grandfather was here," Brian said.

"The mural was done by a local street artist named Bill Lagattuta. He was driving down the street one day, saw this building and thought it would be a really cool place to put some sort of painting. The mural on the wall right now is actually a second iteration, because the first mural was graffitied. We're not entirely sure what it means. It's open for interpretation!"

After admiring the piece of art that's been so intricately woven into the factory's fabric, we stepped back inside to get the main event of the day going: the tour.

After re-entering the building, we prepped for the walk through by putting on a very glamorous and very necessary accessory (a hair net), and made our way to the main production room.

Currently, the company has anywhere between 15-20 employees working the floor—as far as management, it's just Brian and his father Mark. 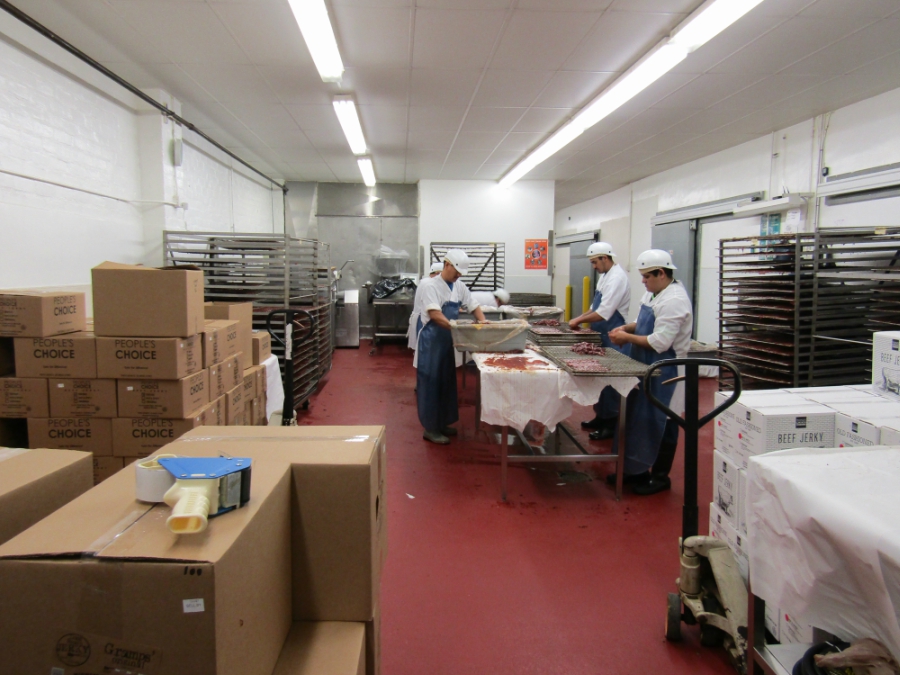 "We manufacture everything from raw ingredients to the finished products," Brian explained as he walked us into a massive fridge that contained packages of whole raw beef ready to go before slicing.

"Originally when the company was first started by my great grandfather, it was a local butcher shop," Brian said. "They did everything. They did sausage, they did beef jerky; all different meat products. And then, over the years as the industry changed, my dad was the one who really focused the company on jerky, which is almost exclusively what we do now, it's our niche."

After seeing the raw ingredients up close and personal, we headed to the next room which was mainly occupied by machines—one that sliced and one that marinated.

Workers operated each machine. One man diligently trimmed down the large slices of meat and ran it through large vertical blades, while the man on the opposite side of the room loaded the marinating machine.

"One thing you'll notice in each step, is that we really work hard to retain the handmade element—so hand slicing and hand laying. But we've had to introduce technology to stay profitable and efficient," Brian explained.

When it comes to trying out new flavors and spices, People's Choice Beef Jerky is not afraid of experimentation.

"Once, we tried a caffeine infused beef jerky. It didn't work out quite so well," Brian said jokingly (but also, kind of seriously). "We had a powder caffeine that we mixed in with the marinade, and it turned out being so intense to the point that it made you jittery."

Experiment is the key to success, however. Without it, People's Choice may not have it's fun flavors like Sriracha or Garlic Ginger.

By this point in the tour, we'd sliced, we'd marinated and now it was time to lay the jerky on stainless steel screens, place them on push trucks and put them in the oven to cook to perfection. ???? 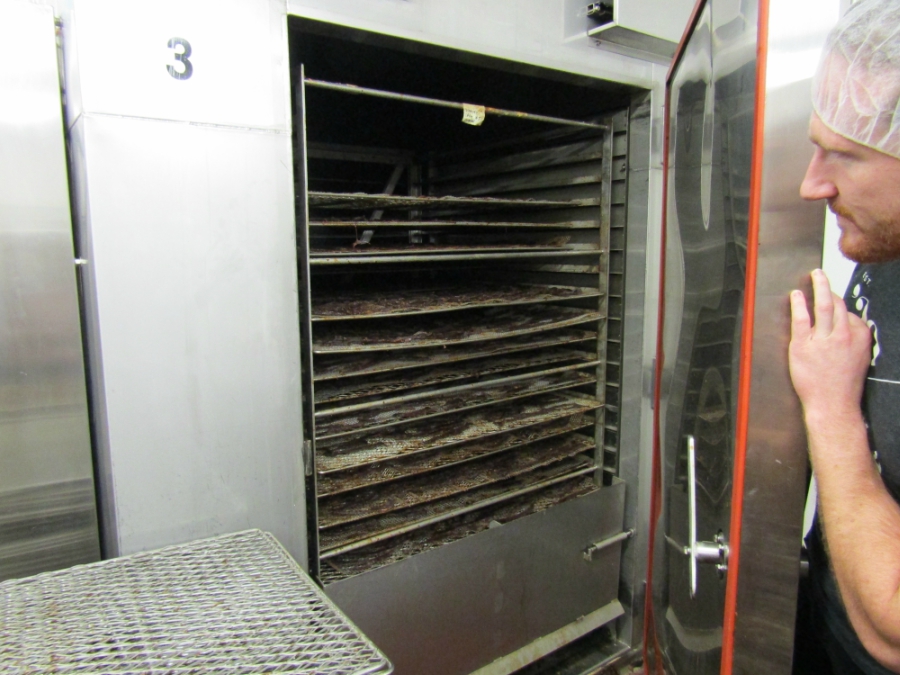 Depending on the thickness of the meat, the product sits in the oven between two and a half and five hours at 165° and 170°—so, really low temps for a really long time! That is what dehydrates the meat.

After the cooking, came—in my opinion—the most fun part: the packaging.

Brian took us into one giant room where the boxing and bagging magic happens. This is where their wide variety of products became apparent. There were literally boxes and bags everywhere all in different sizes and shapes.

I was particularly fascinated by the roll stop machine. 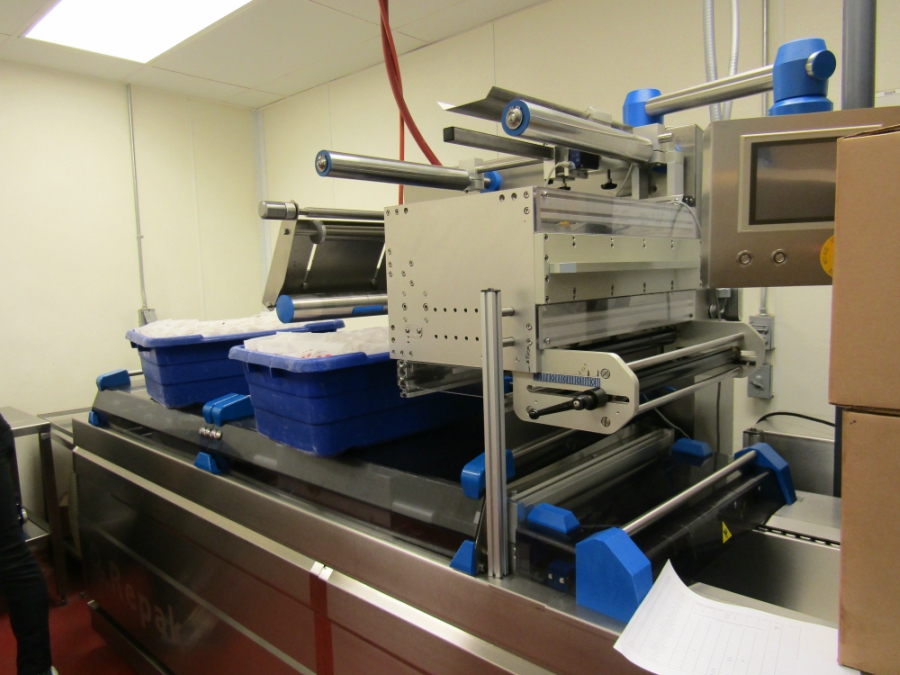 This thing takes two rolls of films, runs them both, and then seals them together to make a bag. Pretty magnificent.

If you see People's Choice Beef Jerky's bag, you'll instantly admire the logo work. You can thank Brian for that.

"My background is in advertising. I worked for an agency for four years," Brian told us. "I did all of that so that I could take my new advertising skill set and come back to the family business to help."

We wrapped up the tour by heading back into the lobby, meeting Brian's kind father, Mark, and taking a peek at some of the brand's new subscription boxes that launched just last year. Brian and Mark sent us off with our very own variety pack of Beef Jerky. 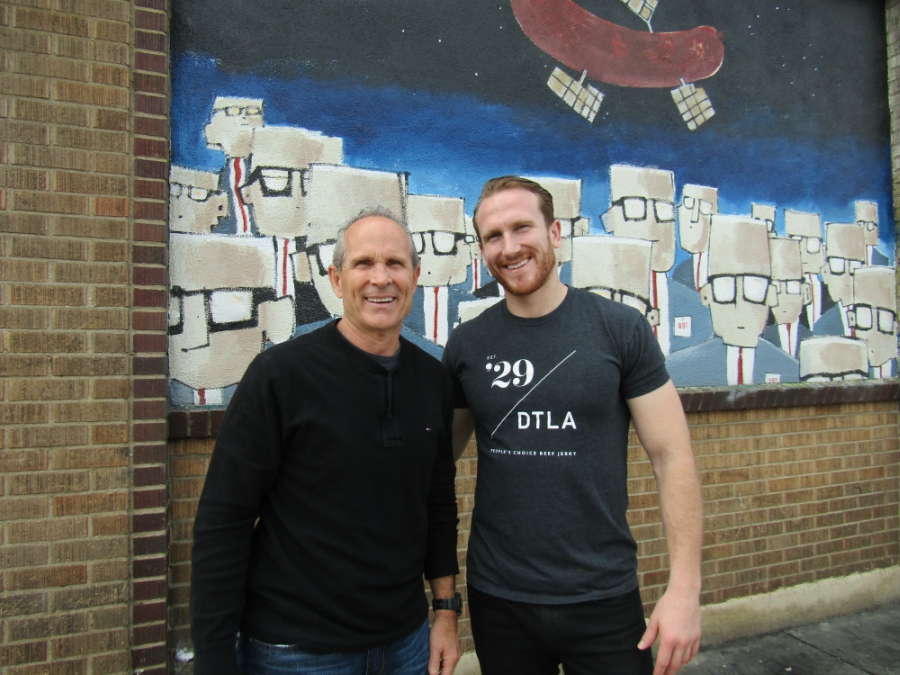 It's safe to say we were beaming when we left that flavorful sanctuary.

Who knew a brand that creates one of our favorite road trip snacks could have such an extensive and meaningful history? 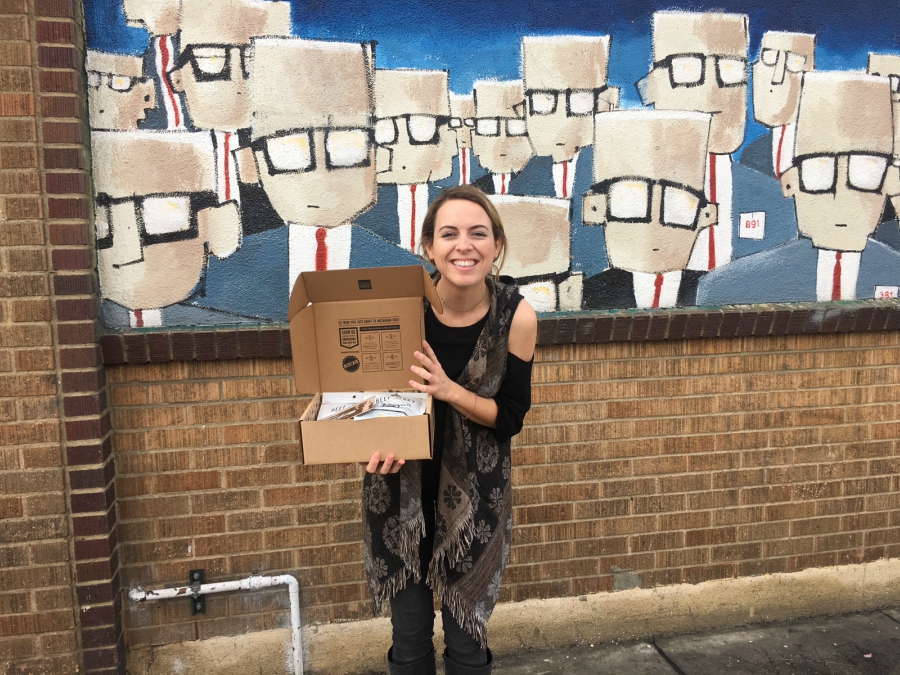 Dahvi and I left this factory feeling two things: 1. Hungry from the delicious jerky aroma and 2. Majorly inspired and touched by the Bianchetti family.

Four generations of fathers and sons with a passion for selling meat and providing for their families—it's quite the story.

If you'd like to taste a piece of tradition for yourself, you can pick it up at the actual factory in downtown Los Angeles (how cool is that?), or you can order online from their website or Amazon.

Rest assured, your taste buds will be satisfied and your heart will be full knowing just where this product came from and how it was made.

Beef Jerky isn't the only portable healthy snack we're obsessing over—check out THESE other fun munchies we don't mind snacking on.