Here's the Percy Jackson Character You Are, Based on Your Zodiac Sign

Just because Disney+'s upcoming Percy Jackson probably won't arrive until at least 2022, doesn't mean we've been able to get it off our minds.

Rick Riordan's five-book series is beloved for numerous reasons, including the fact that it has some of the best-written characters around. The heroes of Camp Half-Blood are relatable, complex and always growing, and every fan has a favorite.

But is your fave actually the character that's most like you? Scroll down to find out which character is most similar to you, based on your zodiac sign.

Reyna, daughter of Bellona, comes first on this list—and we think that's exactly the way she'd like it. Like Aries, she's a natural-born leader and a go-getter with the capacity to overcome any adversity. No matter what's thrown at her, she always strives to rise to the top and be the very best. She's emotionally and physically strong, mature and level-headed, and that's why she always succeeds. 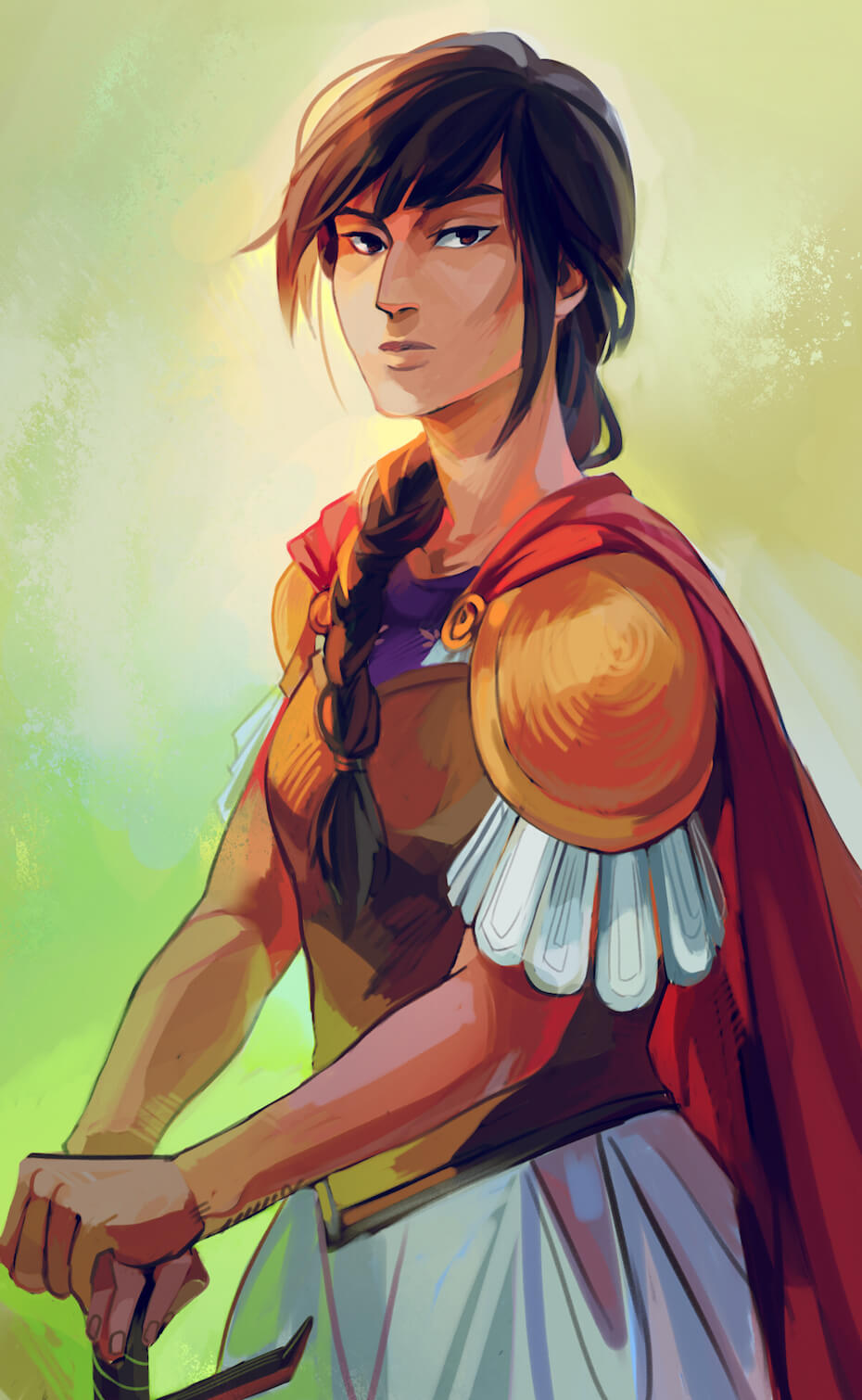 While Annabeth Chase, daughter of Athena, also demonstrates strong leadership skills, she takes charge in a different way. Like Taurus, she's a stable force, and people tend to come to her when they need someone they can depend upon. People look up to Annabeth, and for good reason. She may be stubborn at times, but she's earned the right to dig in her feet and stick up for what she believes in. 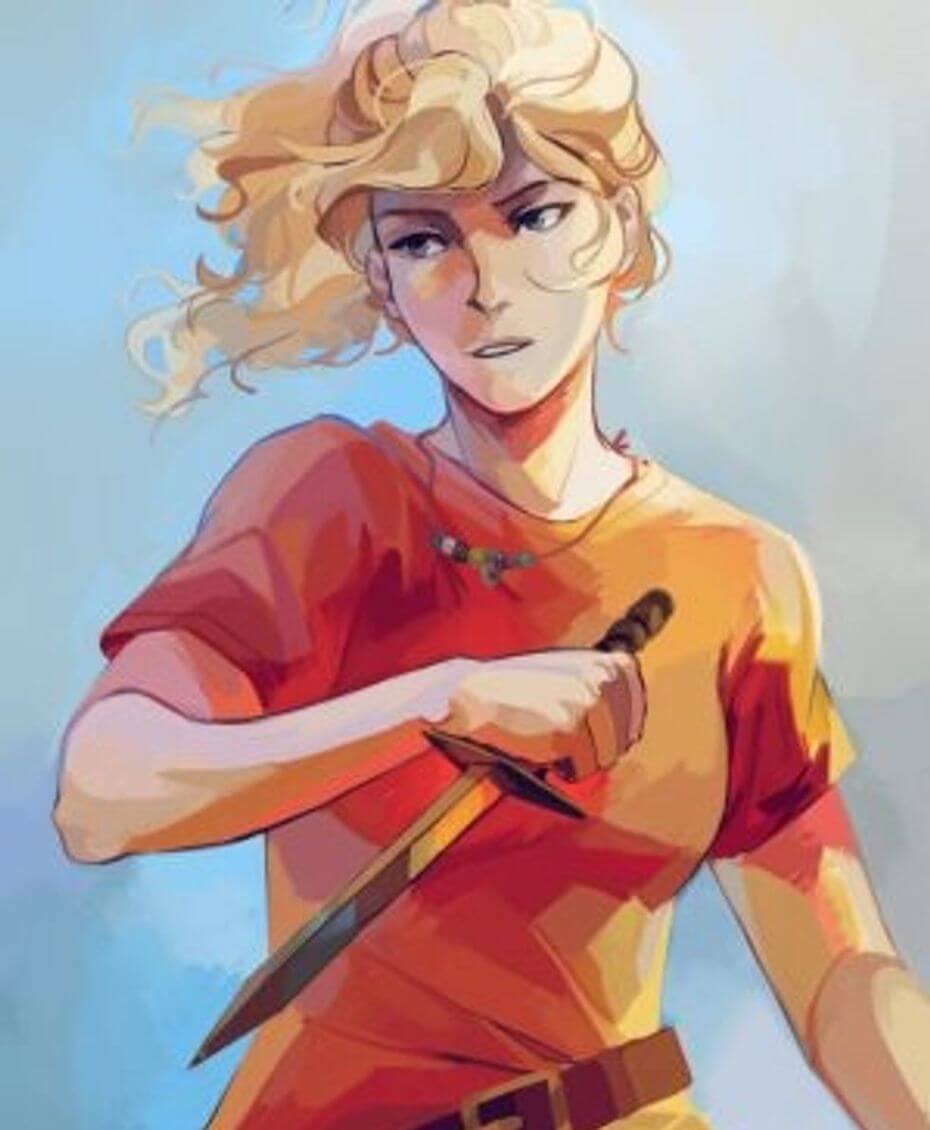 Percy Jackson, the titular hero of the series and son of Poseidon, is a hero and a friend first and foremost, which makes him much like the sociable sign Gemini. He's sharp, though he can be a bit silly sometimes, and despite his sometimes sassy and sarcastic behavior, he's humble and beloved by all. He's also incredibly loyal, sometimes to a fault—another symbol of the Gemini sign. 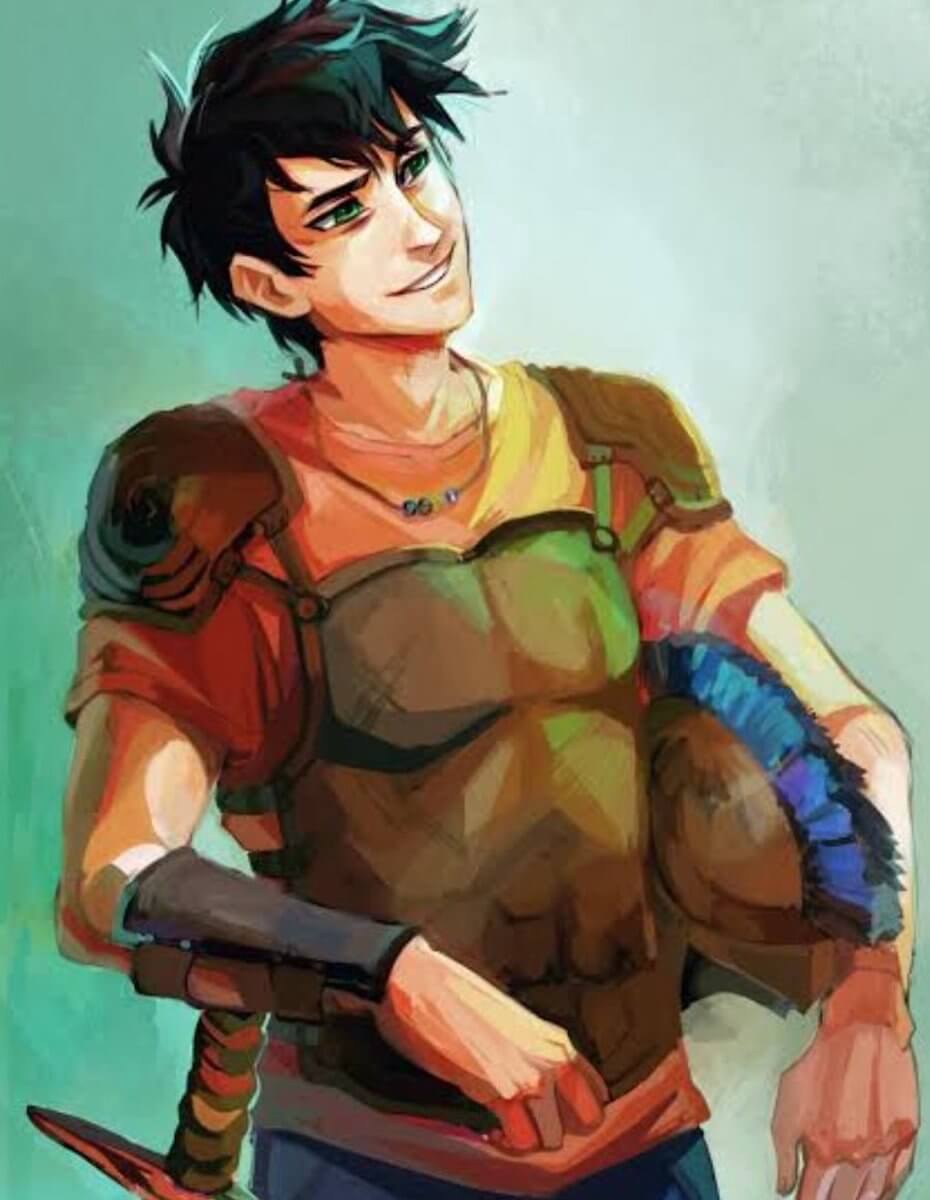 Like Cancer, Nico di Angelo, son of Hades, can be a little bit misunderstood. While on the outside it can seem like he's all doom and gloom, those who know him understand that he's got a strong and loving heart and that he cares very much for his friends. In fact, he's always been a survivor, willing to fight for what's right, no matter how challenging things get. 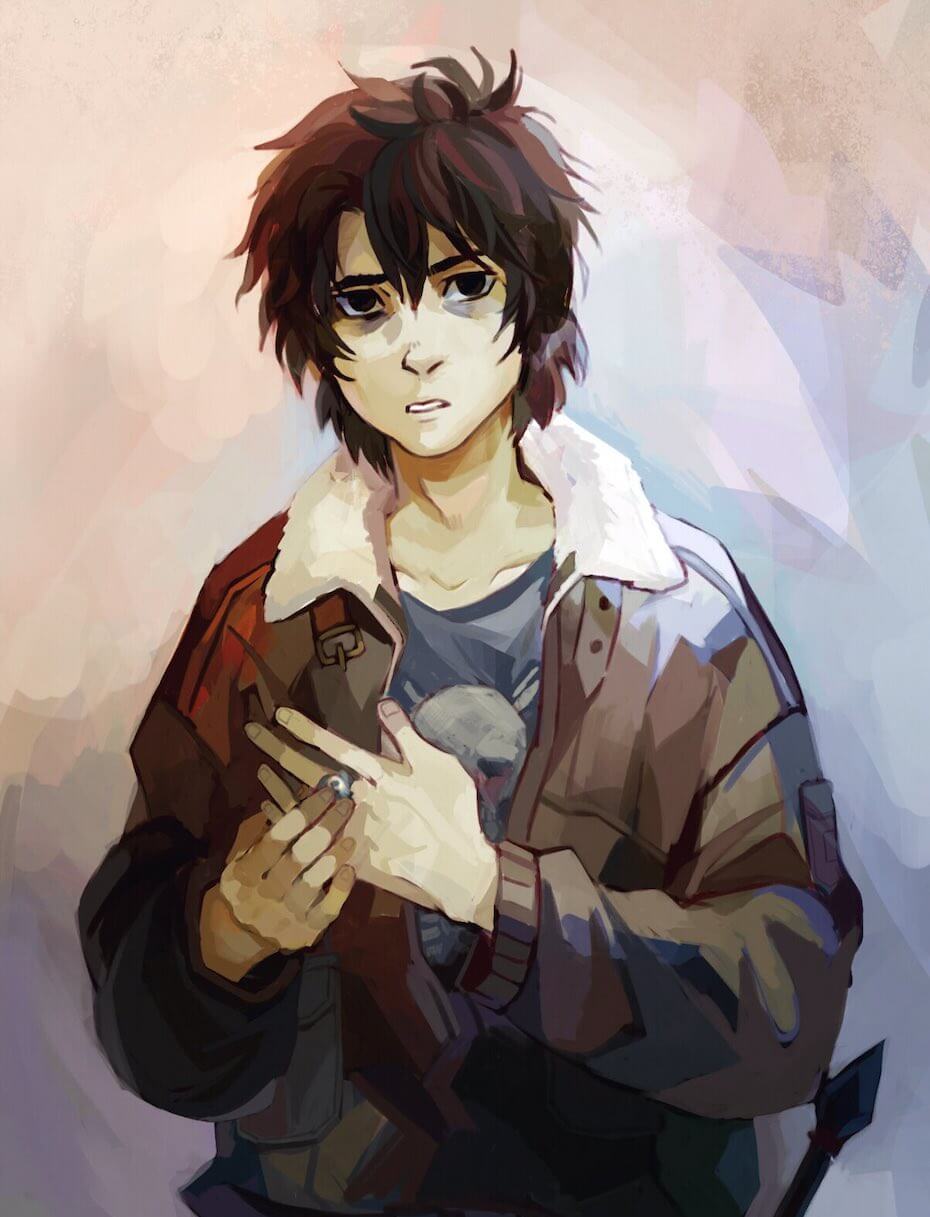 Rachel Elizabeth Dare is just like a strong and prideful Leo. She's unafraid of taking the center stage and letting her feelings be known, even if that makes people uncomfortable. She's true to herself and tells it as she sees it, and she knows her own worth. That might earn her some undeserved hate from time to time, but she takes it all in stride. 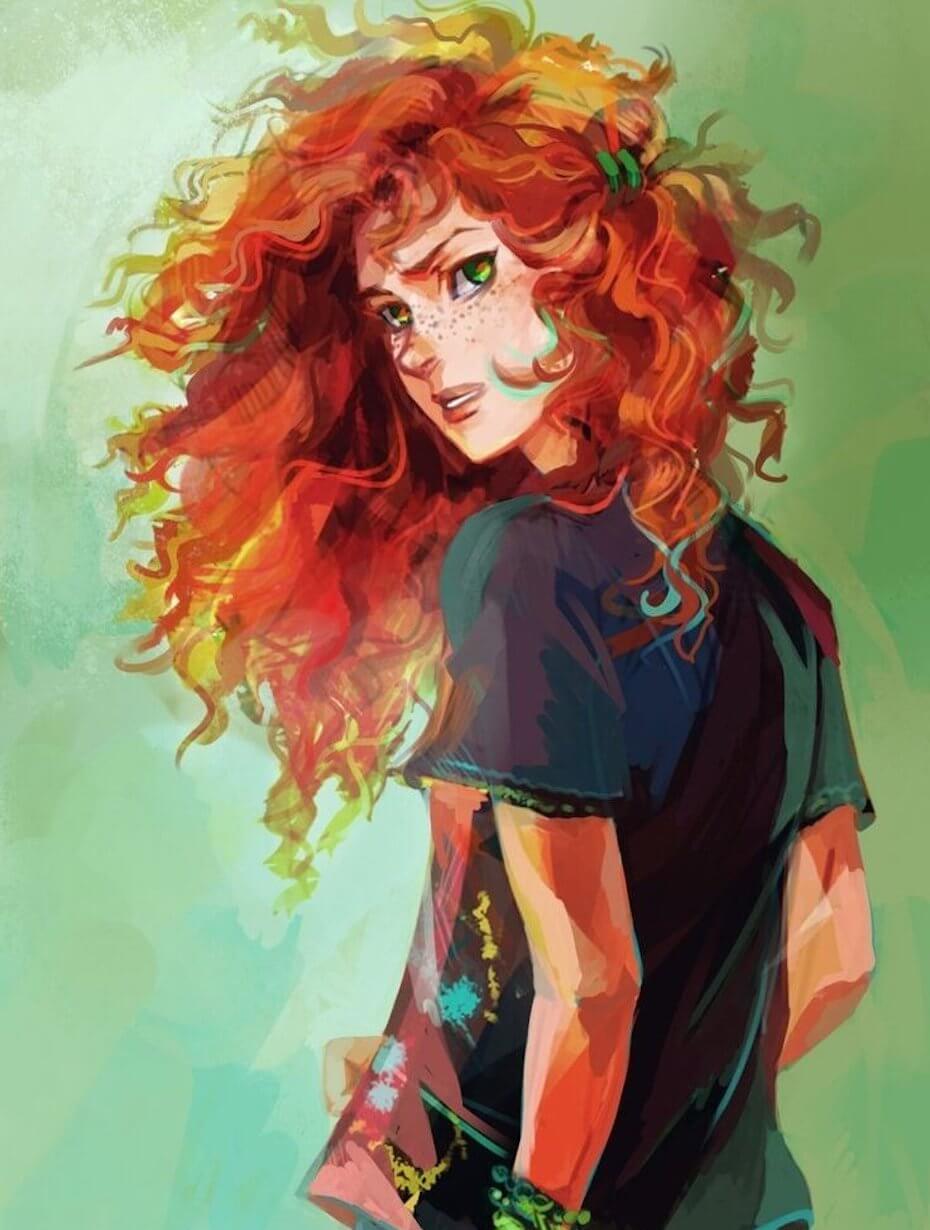 Hazel Levesque, daughter of Pluto, may have a past filled with pain, but through hard work and focus, she aims to overcome it—just like analytical Virgo. She's brilliant, mature and always courageous, and she does what she can to correct her mistakes while focusing on what matters most, including her friends and her mission. 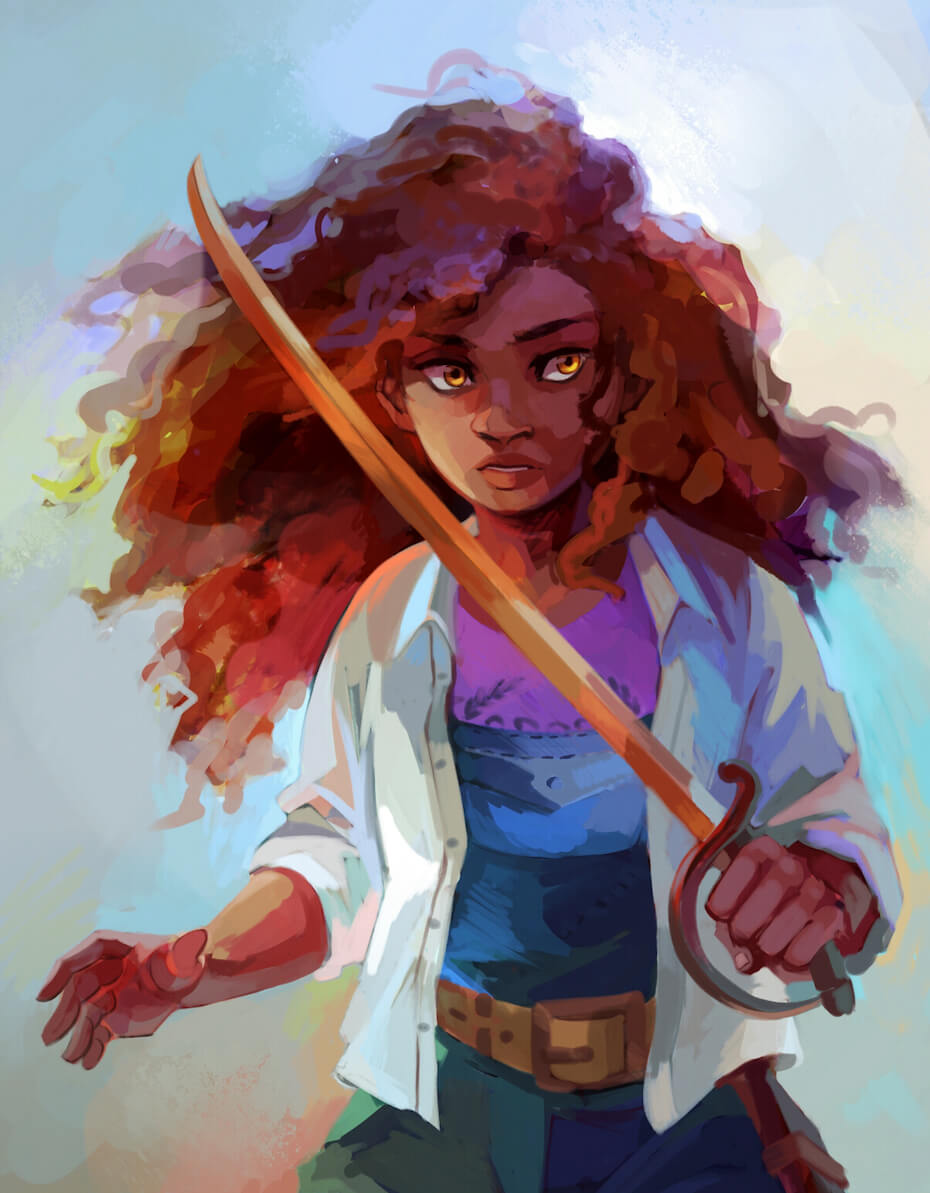 Libra is the sweetheart of the zodiac, which is why they're the perfect match with Tyson the cyclops, son of Poseidon and half-brother to Percy. Despite his immense physical strength, he is very kind, and sometimes even childish. While he may seem naive at times, he's more intuitive and observant than he seems, with a unique ability to read people and their motivations. Like Libra, he's the kind of friend that anyone would feel lucky to have. 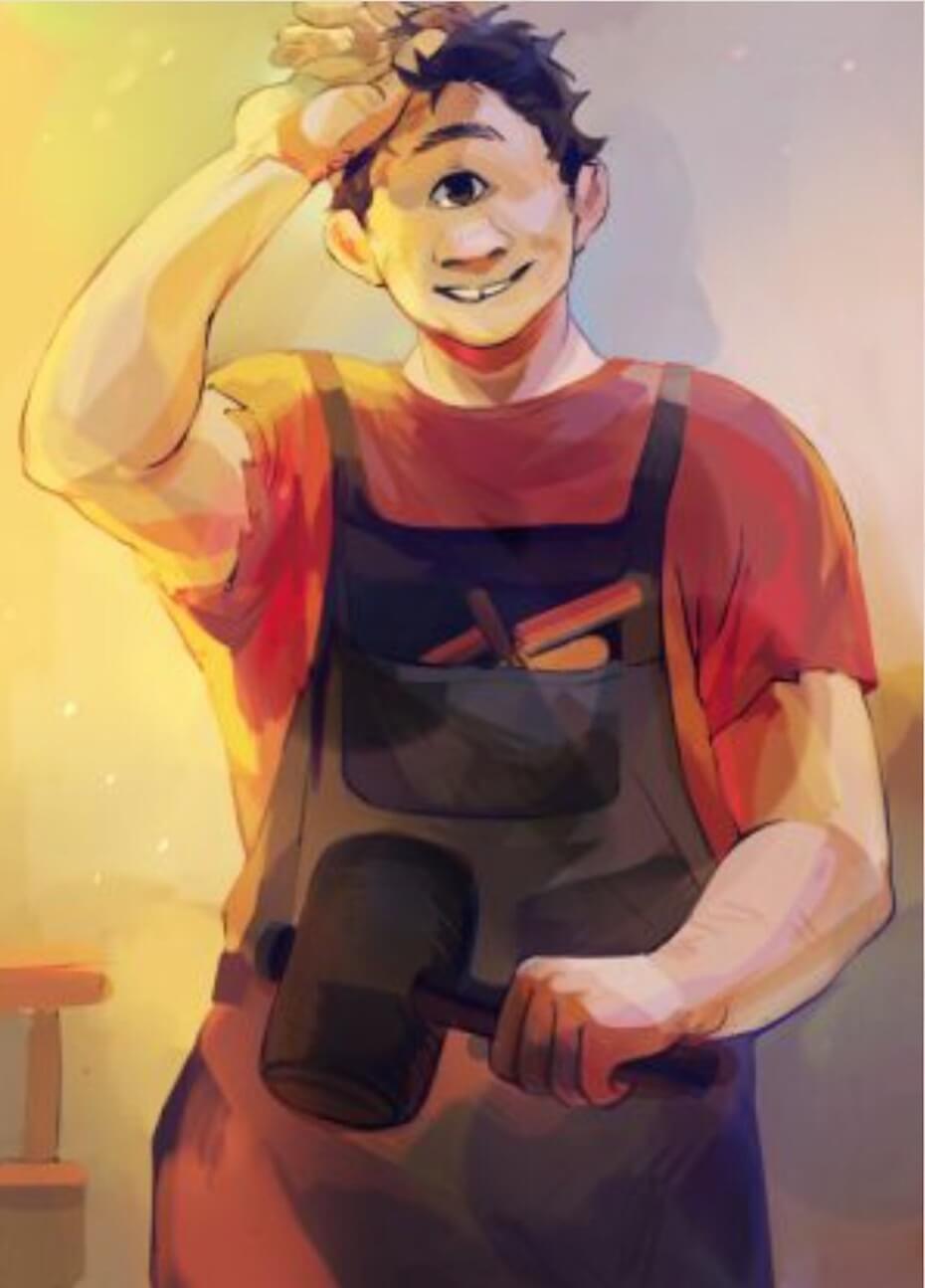 Thalia Grace, daughter of Zeus, has all of the independence and willpower of a mighty Scorpio. She's very loyal to her friends but can also be headstrong, and is one of the toughest warriors around. And, just like closed-off Scorpio, she has a softer side to her personality that she'll only reveal to her closest and most trusted friends. 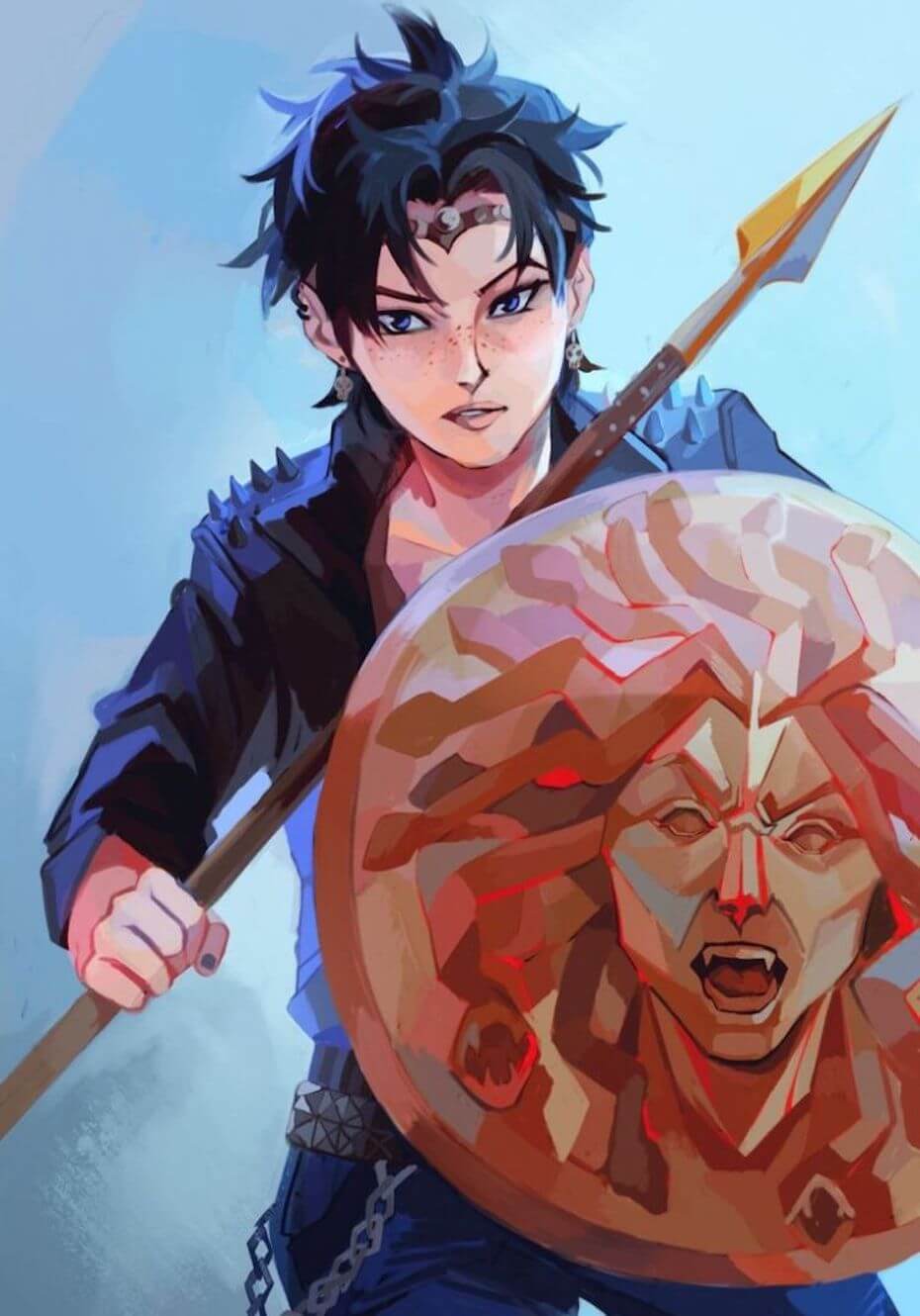 Though the typical Sagittarius is a bit more outgoing than the shy and sometimes awkward satyr Grover Underwood, their nature-loving, good-natured and protective aspects fit him to a T. Grover is optimistic, philosophical and sensitive, as well as very capable. There's a good reason he gets promoted to Lord of the Wild, after all. 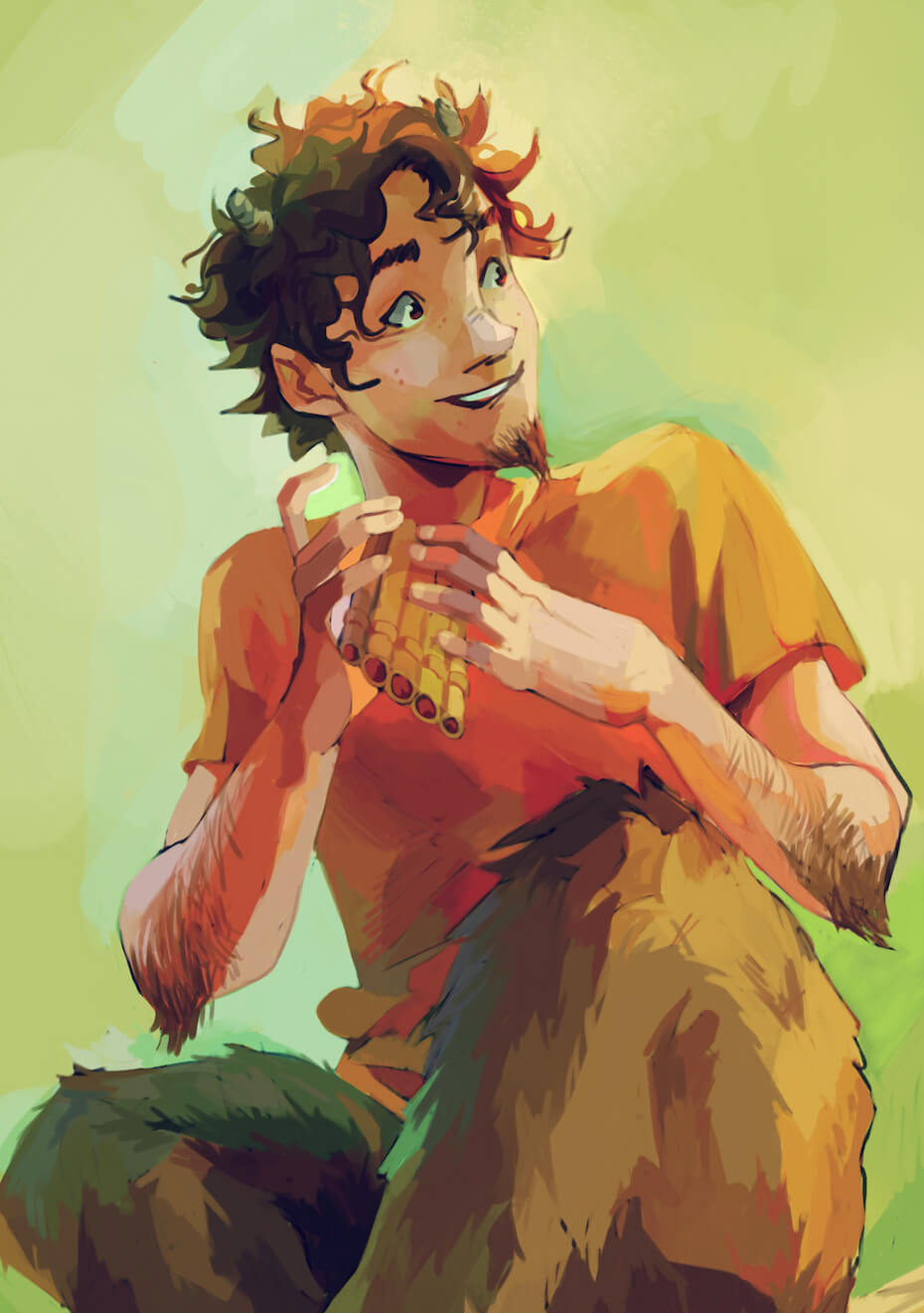 Jason Grace, son of Jupiter, has all of the marks of a Capricorn, including his sense of duty, his leadership skills and his ability to put his team before himself. He's a serious and dedicated guy who can sometimes seem a little aloof and strict but is actually just trying to do what's best for everyone involved. He can be misunderstood, but he cares a lot more about doing what needs to be done than how he's perceived. 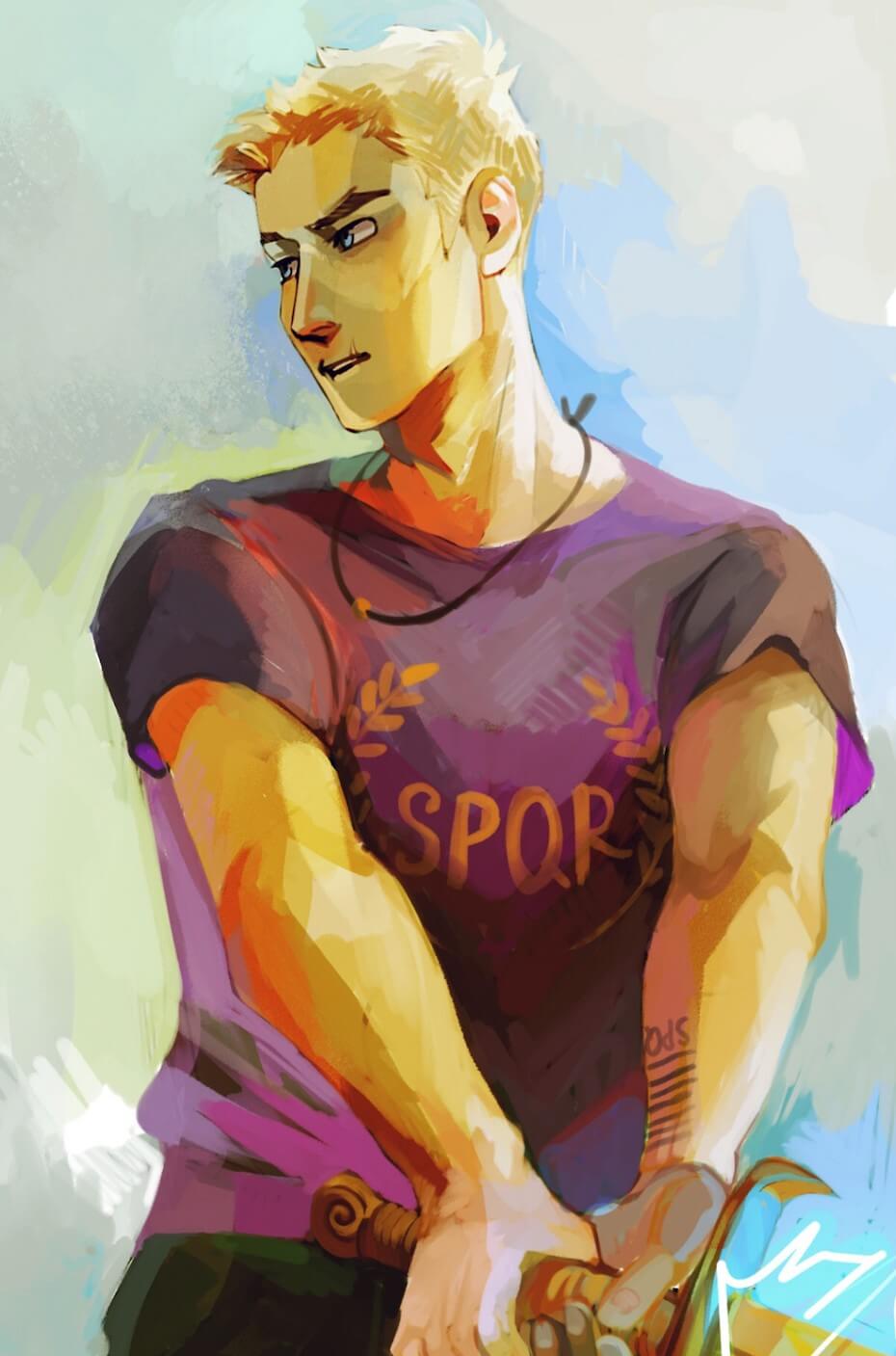 Luke Castellan, son of Hermes, may have had a difficult and troubled upbringing, but he doesn't allow that to define him. Much like independent Aquarius, he carves his own path through life and doesn't care much what others think about him, instead finding his truth by discovering what's right and rejecting what's wrong. 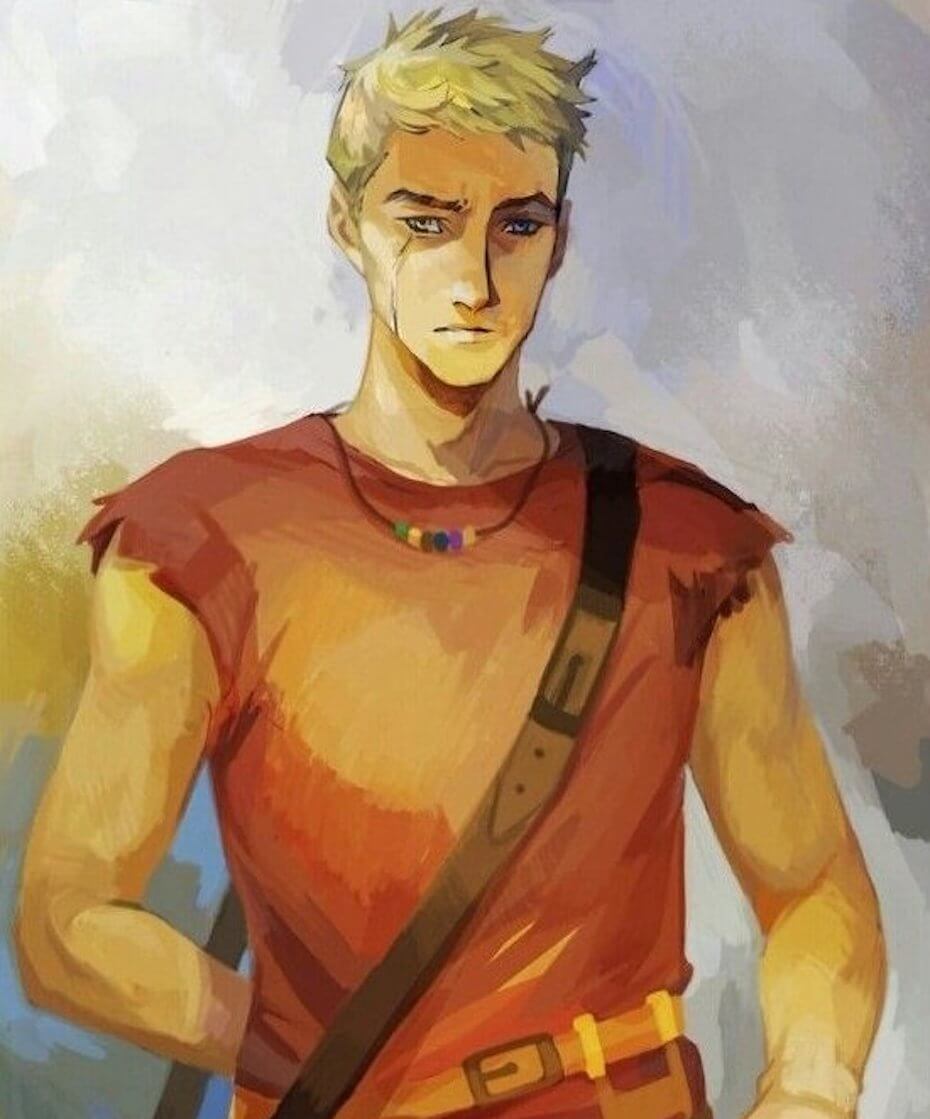 The playful overthinker Leo Valdez, son of Hephaestus, shares a lot in common with dreamy Pisces. He's creative and thoughtful, with lots of deep, unusual ideas that usually result in incredible creations. He hides a somewhat tragic past, managing to stay optimistic and looking at the bright side in spite of it all. 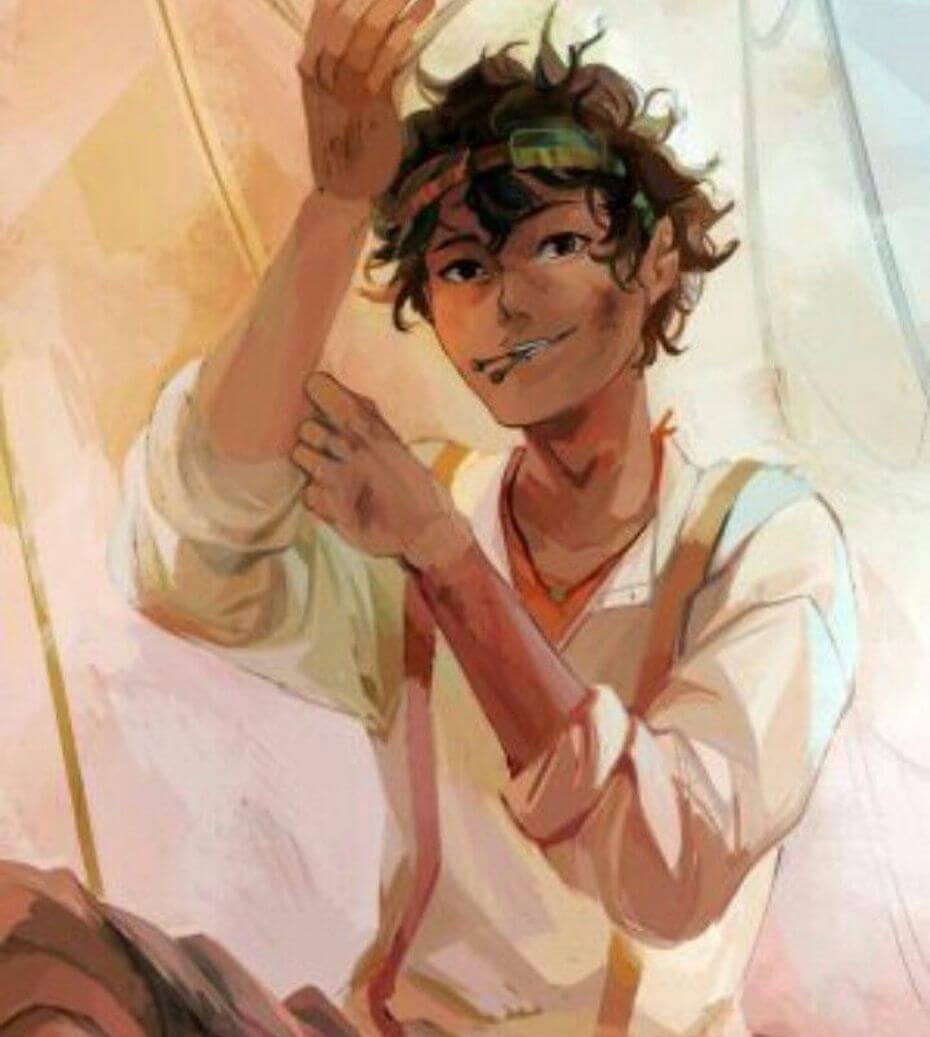 If you love the series as much as we do, click HERE for our favorite epic quotes from the Percy Jackson books to use as Instagram captions.