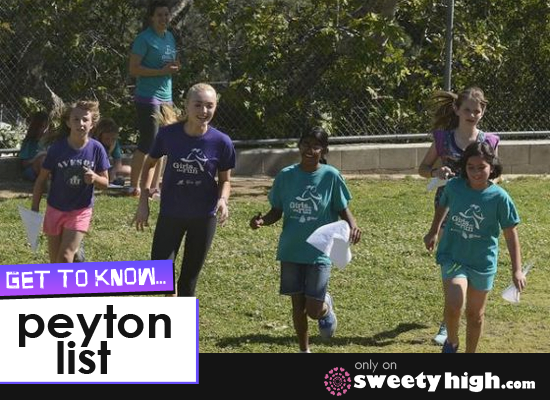 "Their message is 'Using the power of running to teach girls they can do anything,' and I immediately reached out to get involved," Peyton said.

Girls On the Run aims to transform the lives of girls from 3rd to 8th grade through running! Important life skills are taught through interactive lessons and running games.

Before long, Peyton became a volunteer guest coach for Girls On the Run. She helped girls along in each step of the process, and ran the non-profit's celebratory spring 5K with the girls.

"It was so awesome!" she said. "Now, I attend the 5Ks whenever possible!"

Peyton said she will continue to work with Girls On the Run in the future.

"It's super important to support girls so they grow strong and reach their full potential," she said.

We think that it's fabulous that Peyton is involved in such an incredible cause! Tell us what you think of it in the comments below and join us at SweetyHigh.com to discuss all things Peyton and Jessie!