Does Breaking Up With Your Phone Sound Like a Nightmare? Here's Why It's Worth a Try

Our phones can be our most reliable tool for learning, socializing and coping with new situations, but they also have way more control over our lives that we may want to admit.

If you feel like it's your phone operating you, and not the other way around, it may be time to break up with it. According to How to Break Up With Your Phone author and Screen/Life Balance creator Catherine Price, this doesn't mean never looking at your phone again. Instead, it's about developing a healthier relationship and feeling good about the time you spend on your phone.

Last week, we shared her thoughts on the way social media manipulates our brain chemistry to keep us engaged, and this week, we asked her about the power of taking some me-time away from our phones.

Sweety High: Why do you think it's important for people to even consider "breaking up with their phones"?

Catherine Price: Right now, most of us don't act like we're in control of our phones. It's not really our fault because we're being manipulated. What I find most effective for taking control is to become disenchanted with your phone. That's why I focus so much on pulling back the curtain and explaining the forces used to influence us.

If looking at Instagram for more than 15 minutes doesn't make you feel good, decide not to. It's your life and your choice. It's the difference between someone who's tempted by a bad habit and trying to hold back by willpower, versus deciding you're disgusted by it and no longer want to do it. That's a key difference. When you realize you don't have to spend hours obsessing over Instagram, that's the moment you seize control and choose to what degree you want it to be part of your life. Decide you're not going to be vulnerable to deception. 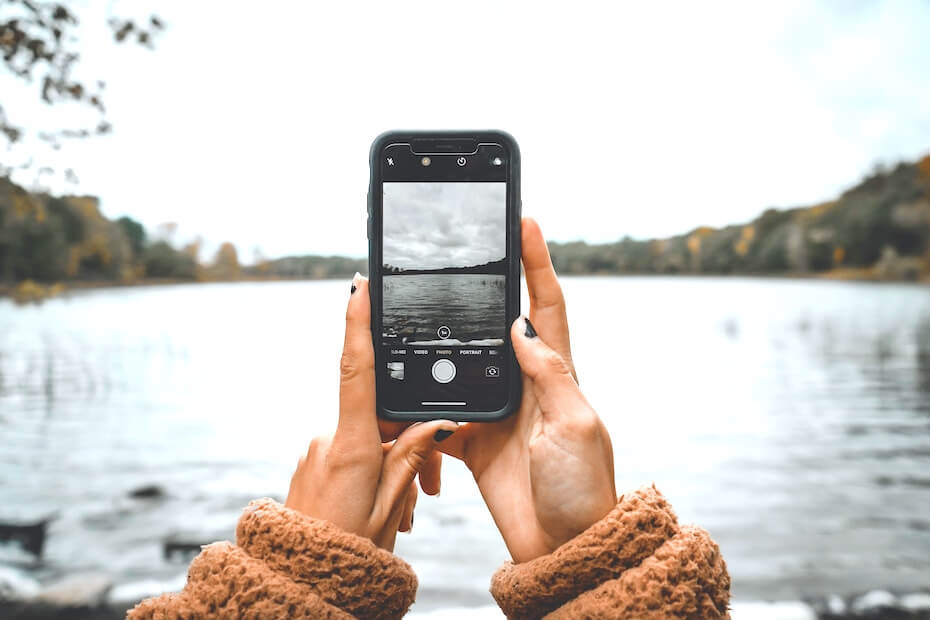 SH: Why can willpower be such an ineffective tool for change?

CP: Willpower is a horrible way to change a habit because you can only resist things for so long. If you're next to a giant chocolate cake and you really like chocolate, you can probably resist that for a while, but eventually, you're either going to give in and have a piece, or your willpower will be depleted.  You'll resist the cake, but then get a cookie the second you walk past a bakery. When you use willpower, it's a constant battle.

If the habit you're trying to change goes from an act of resistance to something you actually want to do, it's no longer a challenge. When you realize you don't like how you feel after eating an entire bag of potato chips, and you want to eat something healthier instead, it's a different approach from trying to resist your desire for chips.

By getting to the point where you realize you want to spend less time on your phone, it becomes much easier to change because you're not fighting yourself. Every action you take toward that habit is in line with what you want—and everyone knows it's easier to do things you want to do than things you don't.

SH: What are some of the biggest obstacles in having healthier relationships with our phones?

CP: It's all about manipulation, but the better you understand how you're being manipulated, the more empowered you become. Instagram is designed to make you feel like you're not allowed to stop because all your friends are on it, too. But you don't have to waste mental energy on being mad at yourself. If you decide you don't like it and that's not how you want to live, and that you don't want to let other people and their algorithms have that much control over you, you can decide to live a different way. Blame yourself less, and instead focus your anger on the forces that are trying to steal your time from you. It's an attitude shift away from feeling scolded or guilty, and it empowers people to realize they can have a good time without their phones. It puts them in control of their lives.

If you wind up on social media when you're trying to ditch it, it's pointless to beat yourself up. You're the victim of forces that are conspiring to make you spend your time there. Instead, acknowledge the slip-up and that you want to avoid an Instagram spiral, so you're going to put down your phone and correct your course. Define success not by your ability to totally resist, but how quickly you can course-correct when you realize you've gotten off track.

SH: Once you'd decided to want to be on social media less, what's next?

CP: Now that you've identified what you don't want to spend time on, find out what is worthy of your time. Without the constant distraction, you might better understand you actually want to spend time with friends or dedicate it to your passions. If you're learning guitar, maybe you'd rather practice than spend an hour staring at your phone. It becomes easier not to reach for the phone when you're acting purposefully—but if you hadn't identified the guitar as the better option, you might still be on your phone.

The average person spends four hours on their phone every day. That's 60 full, 24-hour days a year spent doing nothing to make yourself an interesting person or live an interesting life. Think about how that accumulates over time.

On the flip side, by changing your habits now, you've just guaranteed yourself a more rewarding life. Time goes by really fast when you're not actually present. Even if Instagram is really important to you, is there anything else you think you could do with 60 full days a year? If you spent the next few years playing guitar for a half hour several times a week instead of being on Instagram, you're going to be a pretty good guitar player, as opposed to just being really good at Instagram Stories.

In the moment it doesn't seem like a big deal, but when you do the math, you realize what you're missing out on by spending your time this way. Your time and your attention are a finite resource, so if you spend them on one thing, you can't spend them on something else. They're even more valuable than money because it's your life. Your life is what you pay attention to, so when you focus on something, it better be what you want because you can't get that time back. 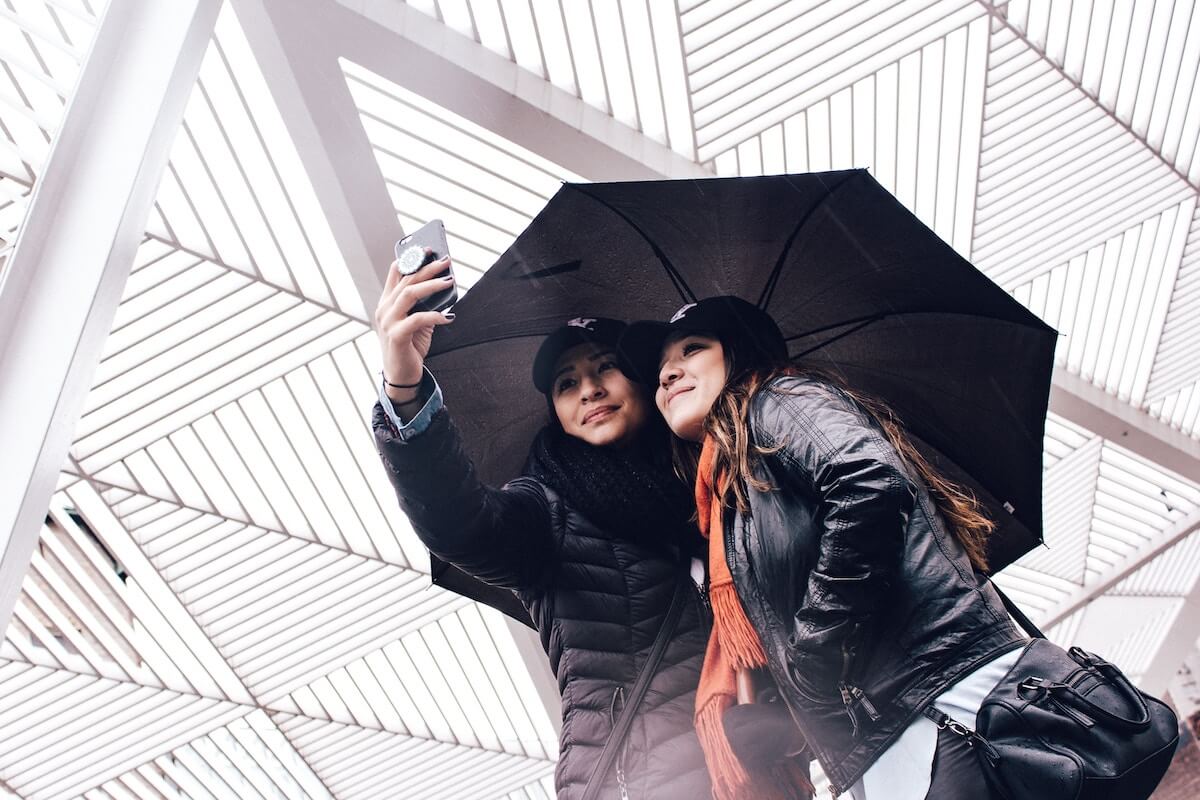 SH: How can mindfulness be used to build healthier phone habits?

CP: I've actually transformed my phone from an object I try to resist, to a mindfulness tool. When I realize I'm on my phone, it reminds me to check in with myself about everything I'm doing with my time. I ask myself why I picked up my phone, and if I want to be on it,  and whether I'm checked in with my life right now.

Sometimes, it's because we have emotional relationships with our phones. They can soothe us in socially awkward moments, or when we're feeling anxious. Maybe if we're having lunch with friends, everyone else is on their phones, too. Think of what else you could be doing instead. Sometimes, doing nothing and allowing yourself to be bored for a couple of minutes can be therapeutic. Or maybe you conclude you actually do want to be on your phone, and that's fine, too. At least you've thought about it made the decision to browse your phone, rather than getting lured into a social media trap. 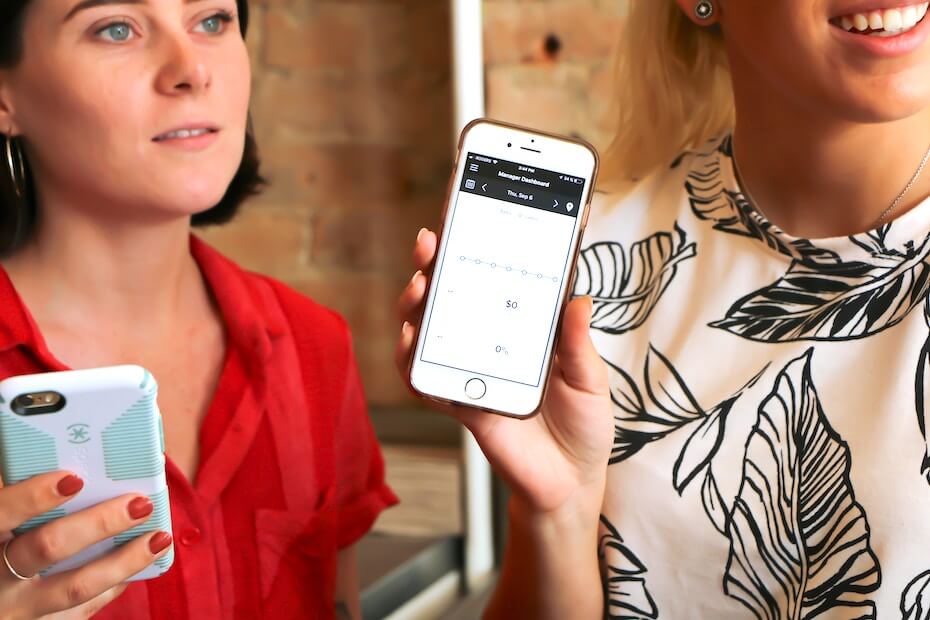 SH: What are some top-level things we can do to feel less tempted by our phones?

CP: Start by getting your apps off the home screen of your phone. The icon colors and designs are specifically focus group-tested to be appealing as possible and make us open the apps without even realizing it, and storing them in different folders makes that tougher. I actually started an Instagram feed @screenlifebalance with prompts that are meant to get you out of autopilot when you're not supposed to be on Instagram.

I also recommend checking Instagram from your computer, instead of your phone. Even I find that when I have the app downloaded, I'll find myself checking it because dopamine is a powerful thing. If you want to upload images or check your message, you're forced to download the app temporarily, and that's deliberate because the app is much more addictive than the browser version.  They don't want you on the browser because it's less valuable to them.

Your phone should also have its own bedtime and resting place. Don't let it sleep next to you, because if you get interrupted by your phone overnight, it's going to mess with your sleep. Not only does that give your phone control over you, but it lets everyone in your phone control you, so you don't have a hold on any of the time in your life. At 9 or 10, experiment with putting your phone in another room while you sleep. If you need to, put a message on social media explaining what you're doing, so you don't leave people hanging.

And with all of these things, remember it doesn't have to be a permanent change. If you think you can't be without your phone for a night, test yourself, and if you like it, you can do it again. If you don't, you don't have to. Either way, it's baby steps toward taking back control.

SH: What else should we keep in mind when we spend a lot of time on social media?

CP: Another thing that really gets me is that the world is against teenage girls. The more we obsess over what we look like, and the more we concentrate on judging other women, the more we allow the patriarchy to thrive. So many women have body image issues and spend way too much mental energy putting themselves down and caring about how they look, caring about the appearances of other people and caring about superficial things and image. We end up not getting as far as we want to get because we're sabotaging ourselves. We can't allow ourselves to perpetuate the very things that are used to keep us down. The more time we spend photoshopping our bodies and caring what other people say, the less powerful we are, when more than ever we need to be standing up for ourselves. We should really be concentrating on supporting each other and doing stuff offline that celebrates ourselves instead of feeding into this beauty myth. 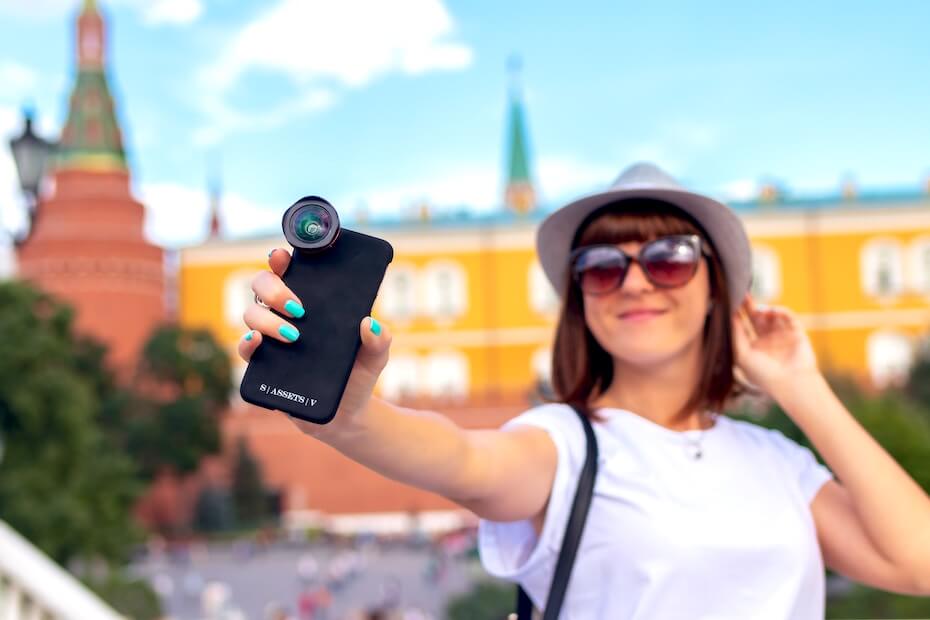 If you're even kind of curious about spending less time on your phone, click HERE to take Catherine's 7-Day Phone Breakup Challenge.

To learn even more bout what Catherine Price had to say on the subject, click HERE to find out more about what's going on in your brain when you can't get off social media.