The fifth and final installment of the Pirates of the Caribbean franchise, Dead Men Tell No Tales, doesn't come out until May 26—but we're already counting down the days until we get can see the how the story ends.

In honor the last Pirates movie (as well as the super cute pirate-themed Disney Treasures box  shipping next month), we put together our favorite facts you never knew about the Pirates of the Caribbean movies. If you knew all of these, you pretty much deserve to be the captain of your own pirate vessel.

1. Before it became The Black Pearl, the original name of Jack Sparrow's ship in the Pirates of the Caribbean film was The Wicked Wench, the name of the ship from the Disneyland ride of the same name. Originally, the ride's ship was captained by an unnamed pirate before he was replaced by Captain Barbossa from the movies. 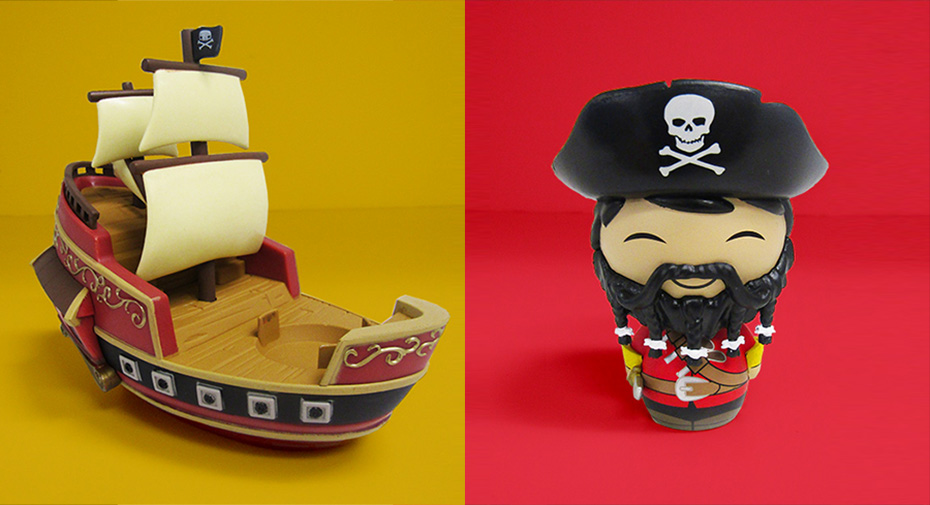 2. In the incredible sword fight between Jack Sparrow and Will Turner from the first Pirates of the Caribbean film, Jack gets the upper hand after coating Will with a bag of soot. What you probably didn't know is that the bag of soot was actually delicious chocolate powder.

3. Jack Sparrow's iconic Curse of the Black Pearl closing line, "Bring me that horizon" was improvised by Johnny Depp on the day of filming.

4. But did you know that Johnny Depp wasn't the first choice to play Jack Sparrow? The part was actually written with X-Men star Hugh Jackman in mind.

5. Johnny Depp says pirates were the rock stars of their time. That's why Captain Jack's personality is partially inspired by Keith Richards, guitarist of the classic rock band The Rolling Stones.

6. After hearing this story, Keith Richards agreed to play Jack's father, Captain Teague, in Pirates of the Caribbean: At World's End. Of course, his portrayal was perfection.

7. When you're filming at sea, chances are that someone's going to get seasick. Keira Knightley revealed that on one occasion she took a pill to prevent herself from getting sick and it made her so drowsy that she fell asleep on set instead.

8. Cotton's adorable blue and gold macaw's most memorable line is probably "Dead men tell no tales." Not only is this a classic line from the Pirates of the Caribbean ride, but it's also the subtitle of the upcoming fifth film. 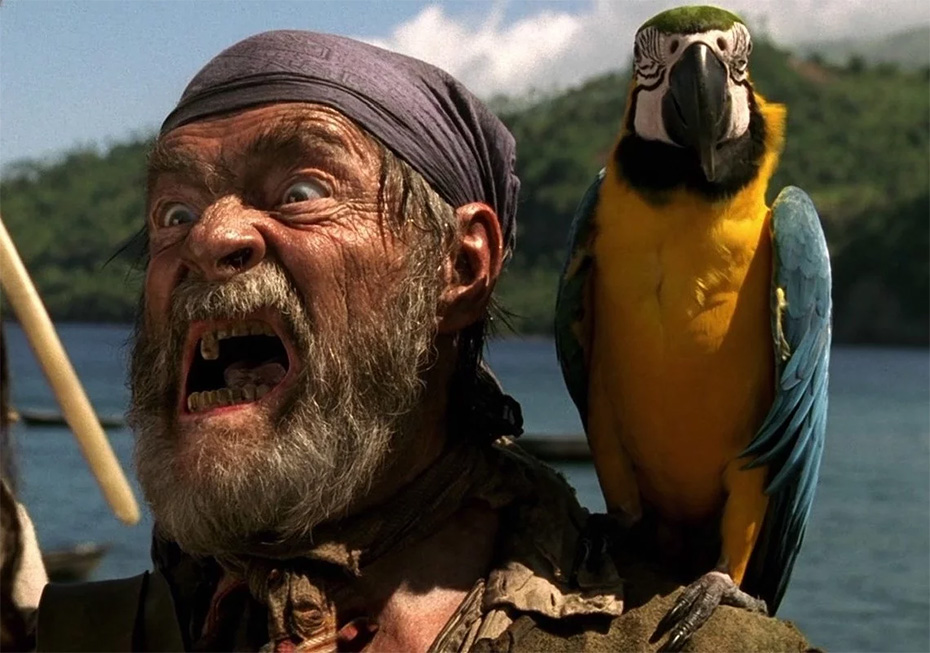 (Pirates of the Caribbean via Walt Disney Pictures)

9. The Pirates of the Caribbean movie franchise is the 17th most profitable movie franchise of all time, raking in about $1.28 billion with just four movies. The fifth installation will definitely help it climb the list!

Can't wait to feast your eyes on Pirates of the Caribbean: Dead Men Tell No Tales? While you're waiting, click HERE to find out more about the Pirate's Cove Disney Treasures box, featuring Mr. Smee, the Wicked Wench captain and more secrets to come.