Try These Delicious Plant-Based Alternatives to Your Favorite Meaty Snacks

There are a number of reasons you might want to cut some meat out of your diet.

Maybe it's for humanitarian reasons, or to lessen your impact on the earth, or simply because it's healthy. Regardless of why you're doing it, many people are trying to go meatless at least a day a week to help out.

Of course, that means forgoing some of your favorite meaty snacks. Or does it? We've been discovering some awesome plant-based alternatives, and we think you're going to love them as much as we do.

Pan's Mushroom Jerky may not be identical to beef jerky, but it comes pretty darn close. There's something about the natural umami taste and the unique, meaty texture of shiitake mushrooms that makes it an awesome replacement, and once you start snacking, it's tough to stuff. It also comes in four delicious flavors (including our favorite, Zesty Thai), so there's something to try for everyone.

We promise this is the only thing on this list that you'll have to cook, but it'll be entirely worth it. It only takes one bite of these soy-based tenders to be totally hooked. In fact, we like these better than any frozen chicken tenders we've tried. We recommend popping them in the air fryer to get them extra crispy, and then tossing them in your favorite tasty sauce to make meatless, boneless wings. After these, you won't even miss chicken. 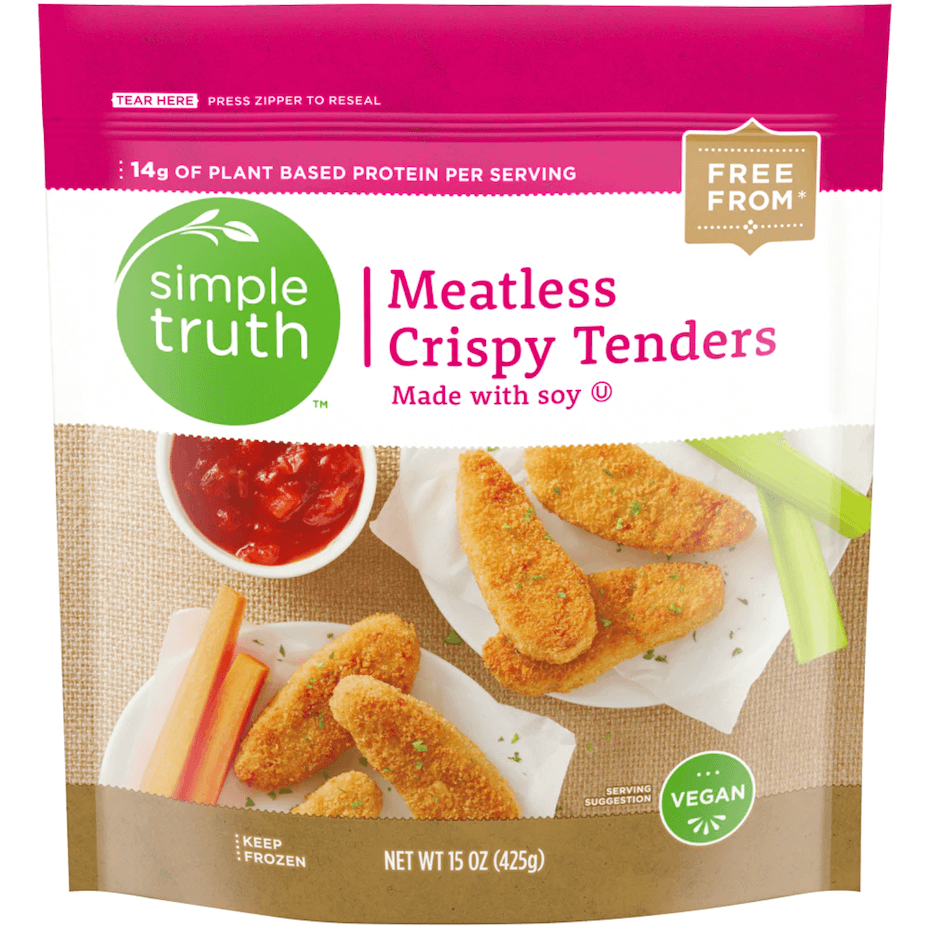 Tofurky has gotten a bad rap in the past, but their flavors have come a long way. Their deli slices are especially delicious. They come in six different flavors and can be enjoyed inside of your favorite sandwich, or in slices straight out of the bag. You can also heat them up before loading up your 'wich, if you're feeling fancy.

We've always been surprised at just how successful jackfruit can be as a replacement for meat. Snack Jack Jerky runs with a great ingredient and knocks it out of the park. They claim to have been the world's first plant-based jerky, and boast a surprisingly meat-like texture. They also come in a number of flavors—but we prefer the classic Hickory Smoked.

We used to love pork rinds when we were kids, but to be honest, we'd kind of forgotten they existed. That was until Beanfields introduced their vegan cracklins, which somehow manage to capture the unique puffy texture and crunch of a fried pork skin. They have a fraction of the fat, with lots of added fiber—and none of the guilt. Plus, it comes in Spicy Nacho and Chile Limón flavors, and we can't figure out which one we love more.

We're sure we're not the only pizza-lovers who used to love snacking on pepperoni straight out of the package, and Green Slice's Veggeroni Deli Slices allow us to do that in a vegan-friendly way. These slices are delicious on their own, in an Italian sandwich or atop a pizza, easily satisfying even the most faithful meat-lovers.

Can you tell we like jerky? Louisville Vegan Jerky Co. utilizes textured soy protein as its meat substitute, which is a lot tastier than it sounds. The result is a flavor-packed treat that pulls apart just like real meat. Their five original flavors are all worth a try, and it's hard to believe they're not real meat.

Curious about that tasty-looking mushroom jerky? Click HERE to check out the full review.