Pode Is the Perfect Game to Play With Your Best Friend—and It's Super Cute, Too

I've had my eye on the gorgeous, co-op Nintendo Switch game Pode for a while now.

In April, I got to interview the game's amazing director Yngvill Hopen (who's also CEO of studio Henchman & Goon), and this month I was sent a code so I could finally get my hands on the game for myself.

The story of Pode is simple as it gets. Glo is a fallen star. After falling out of the sky, it meets a kind rock named Bulder, who quickly befriends Glo and commits itself to help Glo get back to its home in the sky. 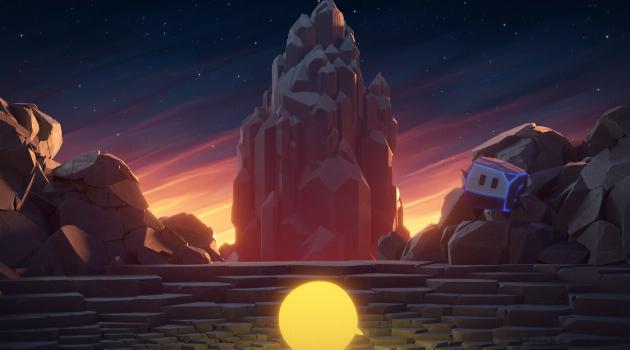 In order to do that, Glo and Bulder will have to put their heads together and utilize their own unique strengths to traverse a winding, mysterious cave. They solve puzzles in order to find everything they need to grow a massive Life Tree in the center of the cave until it becomes big and strong enough for Glo to climb home on it.

Bulder and Glo work well together because they're so different. As I played the game, I got a sense of what each one could do and why their cooperation was so important. 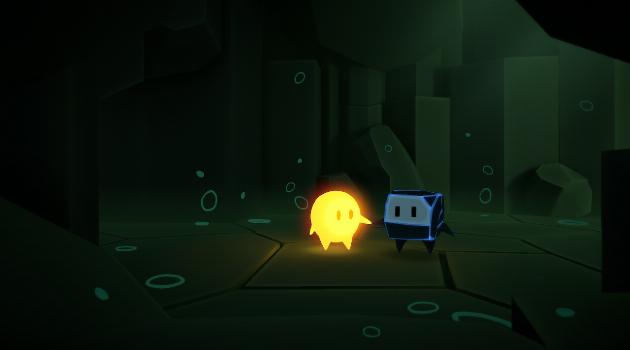 Each character's most important ability is the one attached to the right trigger. With this move, Glo surrounds itself with a sphere of light, making plants grow and revealing beautiful ancient drawings hidden in the cave rock. Bulder can use a similar move to shape the earth, activate switches and use its magnetic ability to press wall switches.

As a rock, Bulder is obviously the heavier of the two, allowing it to press down on switches. It can also grab things in its mouth, from stones for solving puzzles to its buddy, Glo. With Glo in its mouth, Bulder can even focus Glo's glow into a concentrated beam of sunshine.

On the other hand, the star Glo can glow to slow down its falls and cross wide gaps, and it's light enough to skate across the surface of puddles of water.

The moveset isn't huge, but there's a lot you can accomplish with it. The duo also learns additional powers along the way, totally changing what's possible in the game. For example, Glo gains a teleportation ability early on, allowing it to use its light in one place while its body runs around elsewhere, before snapping right back up to where it was before. Bulder can also pick up this other Glo in its mouth and teleport back with it, in the right circumstances. 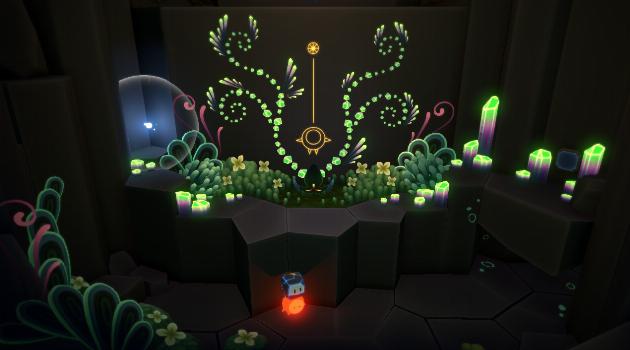 And since Bulder and Glo are better together, they can also move together. In the single-player mode, you can hold both triggers to make them walk hand-in-hand while utilizing their powers in tandem. You can also hop on the head of the other character at any point so you go together everywhere. 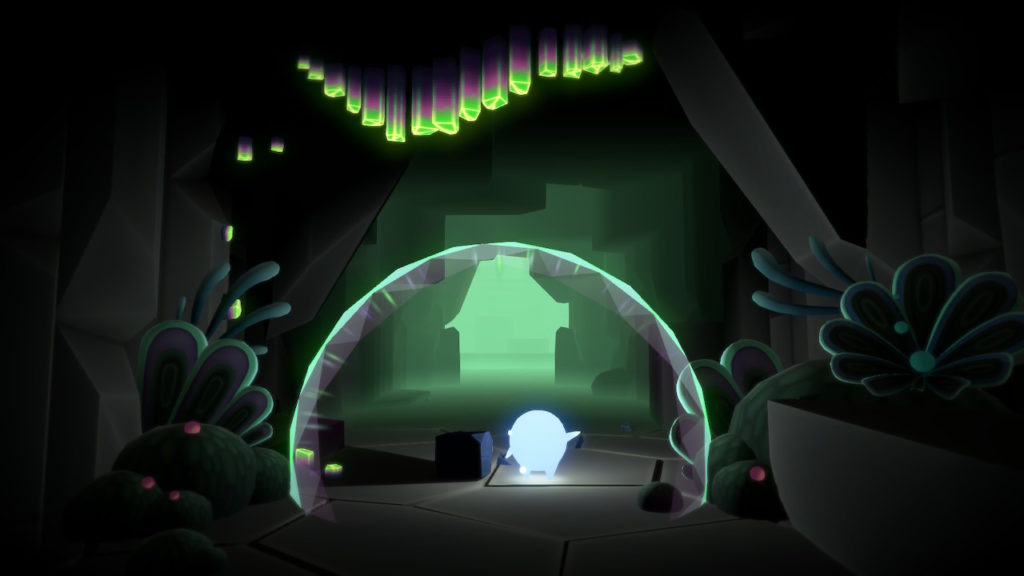 In fact, the two can't really separate. Yes, they can be on the opposite ends of the same room, but a character will never leave the level without their buddy in tow. They'll simply stop at the door and do a little wave at them to come on. It adds another sweet touch to an already ultra-cute game. 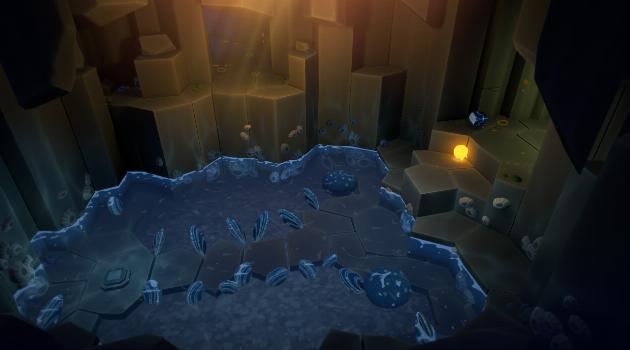 While it's possible to play all of Pode all by yourself, the most rewarding way to play is cooperatively with a friend. When one person plays as Bulder and the only becomes Glo, you can think up solutions together and—in my experience—shave a bunch of seconds off of the time needed to solve each puzzle. Two heads are always better then one when you're a little stumped.

When you're playing cooperatively, you can also swap characters at any moment, giving each person a chance to try out each set of abilities. Bulder typically has more to do, so it can make sense for the more experienced player to take on the character, but it's nice to switch things up every now and again.

Best of all, this is a pretty relaxing game, and the type of gameplay really lends itself to collaboration. Not enough couch co-op games lend themselves to working together, rather than competition, and this one really gets you talking to one another to think up problems. You're unlikely to get annoyed or frustrated with one another, even when the level's solution isn't coming to you.

Pode's aesthetic is really special. Though each new room within the caves would begin feeling dreary and empty, that would change immediately as soon as I started touching it with Glo and Bulder. One of my favorite things about the game was how much I felt I was affecting the world.

Using Glo's light and Bulder's magnetism, I would transform the world as I walked around it, making crystals crunch into existence and helping greenery bloom and blossom as the cave walls became encrusted with gems and light drawings. Each time, the room would become unrecognizable in its beauty. Each new rock and leaf also made a satisfying sound effect as it came to be, making the experience even more delightful. I thought I might eventually tire of the repetitive look of these crystal and foliage-filled caves, but the design always kept me engaged.

Even the game's hub world is set up beautifully. It branches off into multiple areas, which each consist of a series of puzzle rooms. At the end of each of those paths is a special something that will help grow the beautiful tree that can help Glo back home. 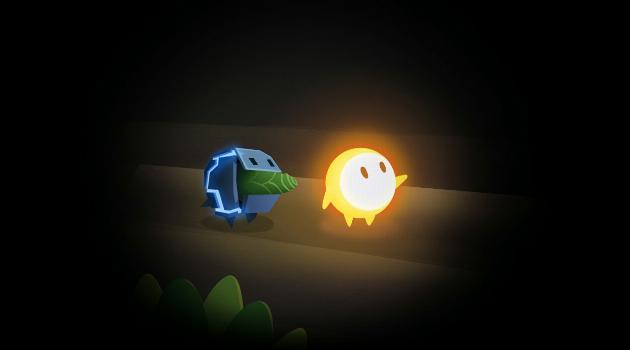 The game's music is a soothing mix of otherworldly echoes and wistful, yet hopeful, strings, setting the perfect backdrop to each area. On top of the lovely sound effects that accompany growing crystals and plants and the sweet sounds of the characters, this game sounds incredible.

And speaking of these characters, they are truly the heart of the game. Even though they can only express themselves through their posture and eyes, I quickly became attached to them and wanted to see them both succeed. Somehow, they seem to be true friends, and I love them for it.

When you get beyond the characters and the importance of working together, Pode is really about using your mind in new ways to solve puzzles.

Throughout the game I was always driven by my desire to discover what was ahead, and figuring out a puzzle became more satisfying when I struggled with it a little bit beforehand. 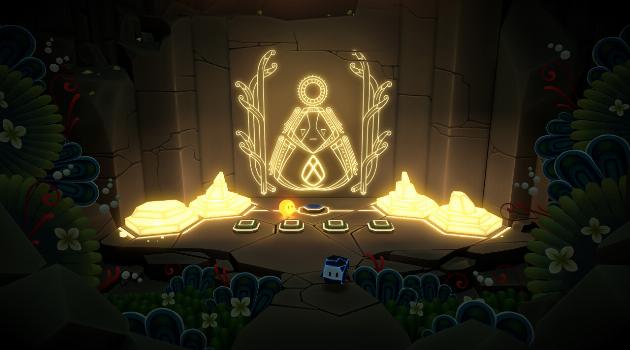 Often, my first instinct about what I had to do was right, but I'd falter in its execution. I'd be overexcited to plug a rock into a hole to unlock something when that rock was critical to my progression elsewhere. Other times, I'd completely forget about a new ability just a few minutes after unlocking it.

Though the beginning of the game guides you with button prompts for all of your moves, those quickly disappear in place of hints in the form of cave art illuminated by Glo's light. Soon, these hints also leave, save for moments when you're learning brand new abilities. The game really wants you to figure things out yourself, which is a mixed bag when you're feeling really stuck and a little nudge in the right direction.

And though the platforming isn't normally too complicated, there are times where the camera angle isn't conducive to seeing the shapes of the rock formations. This sometimes prevented me from landing the perfect jump, even when it looked really straightforward. More than once I even left the room thinking a certain move wasn't possible because I'd failed it so many times, only to come back and finally get it right after a couple attempts.

Still, Pode isn't supposed to make you feel defeated. None of the rooms are too big, so even if you're left puzzling over something for a while, it shouldn't overwhelm you. There are no enemies in the game, and if you ever fall off the level, you'll delicately float back to the beginning of the stage. Thankfully, if you're feeling stuck and want to explore elsewhere, you can quickly transport to anywhere you've been before from the menu. 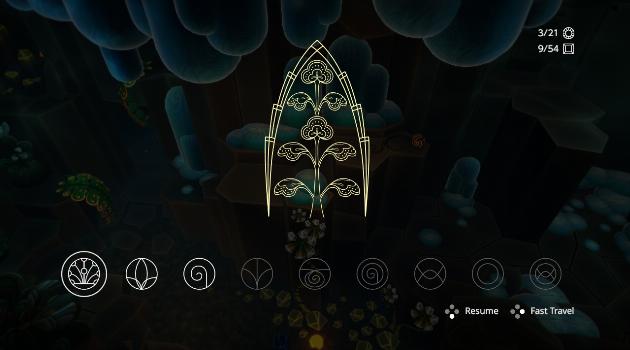 For me, the game delicately walked the line between too easy and too mind-bending. It was just right.

For me, Pode checks all the boxes. I adore the main characters, it looks and sounds incredible and the gameplay has complexity and depth without frustrating players with difficulty. Though it's not without its issues—particularly when it comes to camera angles and platforming—it's a lovely little experience that's perfect for sharing with a friend.

It's another great addition to the Nintendo Switch library and is now available in the Nintendo eShop for $24.99.

To find out even more about this delightful game, click HERE to read our interview with Pode's game director.