Here's Why You Should Still Be Playing Pokémon Go

Pokémon Go just isn't as popular today as it was following its launch in July.

That's a shame, because the team at Niantic have consistently been rolling out updates and improvements—and the game has been getting better and better.

If you haven't picked up the game lately, we dare you to give it another shot. This is why you should still be playing Pokémon Go.

If you stopped playing before the introduction of Buddy Pokémon, you're in for a treat. Players can now pick a Pokémon bestie to tag along, and they can earn that Pokémon's Candies by walking with them.

Different Buddy Pokémon earn Candy at different rates, so walking 5 km might earn you one Dratini Candy while walking the same distance will nab you 5 Magikarp Candies. It's up to you to prioritize and build up your ultimate team. 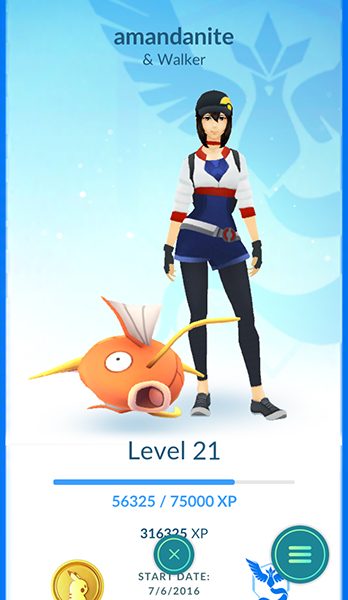 If you specialize in a specific type of Pokémon—whether you're a hex maniac, dragon tamer or bug catcher—capture bonuses are going to make your life better.

Players can now earn medals based on the number of Pokémon they've captured for each specific type. Bonuses are attached to each of these medals, making it easier to catch Pokémon of that type. If you're trying to gather up enough Dratinis to evolve into Dragonite, they'll be less likely to wriggle out of your grasp the closer you get to your goal. 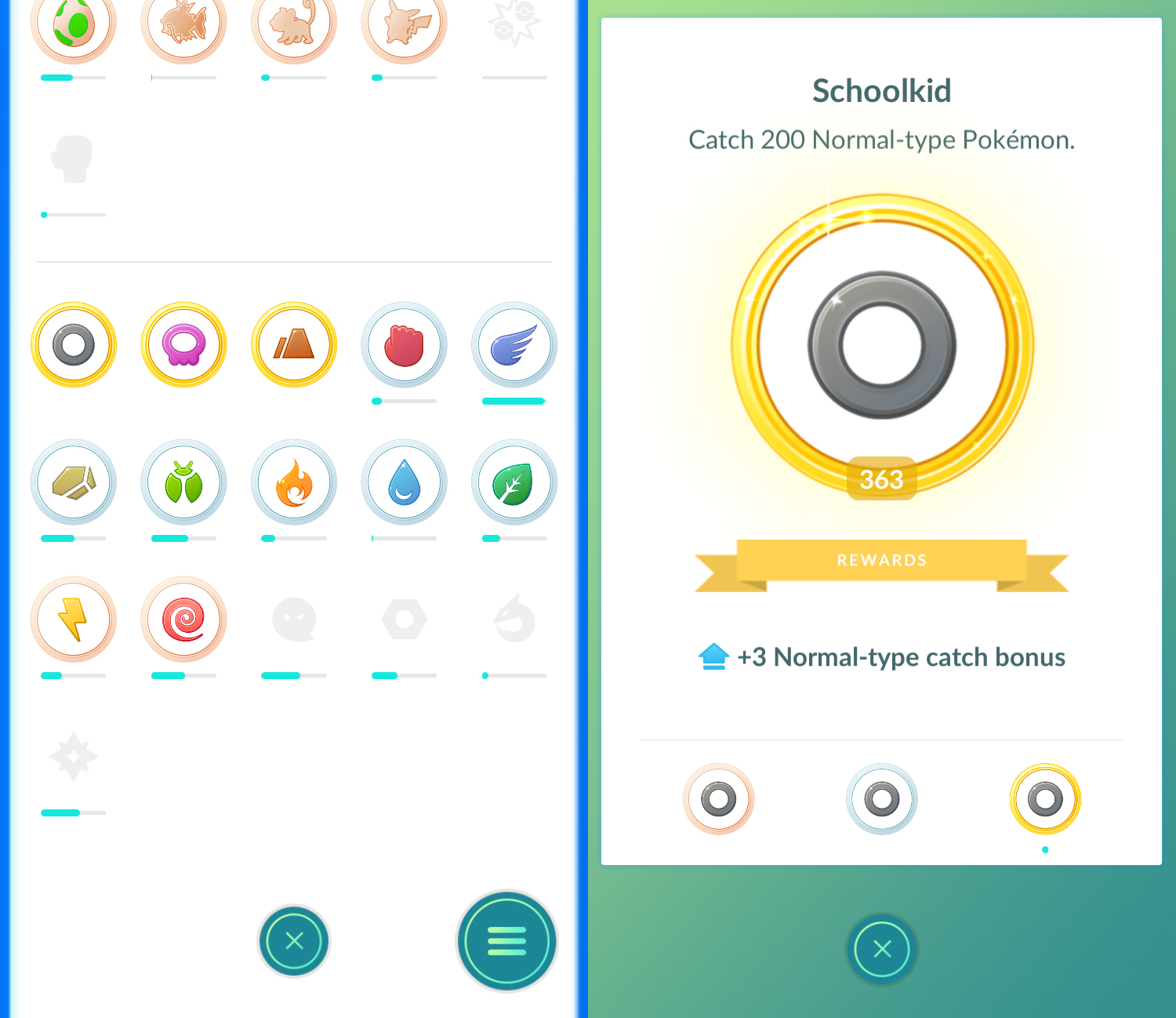 UPDATE: According to Pokémon Go's official Twitter account, more than 10,500 new PokeStop and Gym locations will roll out in the U.S., meaning it'll be even easier to grab these bonuses!

Pokémon Go's holiday events have been brief but magical.

Halloween was a Candy fest with players earning double candy for catching, transferring and hatching Pokémon. Buddy Pokémon also earned four times as much candy as normal (meaning I only had to walk 1/4 of a kilometer to earn a Magikarp Candy). Scary Pokémon like Gastly, Zubat and Drowzee, as well as their evolutions, also became super common.

And over Thanksgiving weekend, XP and Stardust received in the game were doubled, giving us even more to be thankful for. It's pretty much a given that there will be another bonus event for the winter holidays and we cannot wait to see what that is.

New daily bonuses reward players for their loyalty. You can get extra experience and Stardust for the first Pokémon you catch every day, and get more experience and items at your first daily Pokéstop visit. If you play consistently, you earn bigger rewards for every seven consecutive days you nab these bonuses. Don't miss out by missing a day!

Until recently it was totally impossible to capture the purple transforming Pokémon Ditto by legitimate means. That's now changed, and the creators of Pokémon Go have found a creative way to integrate him into the game. 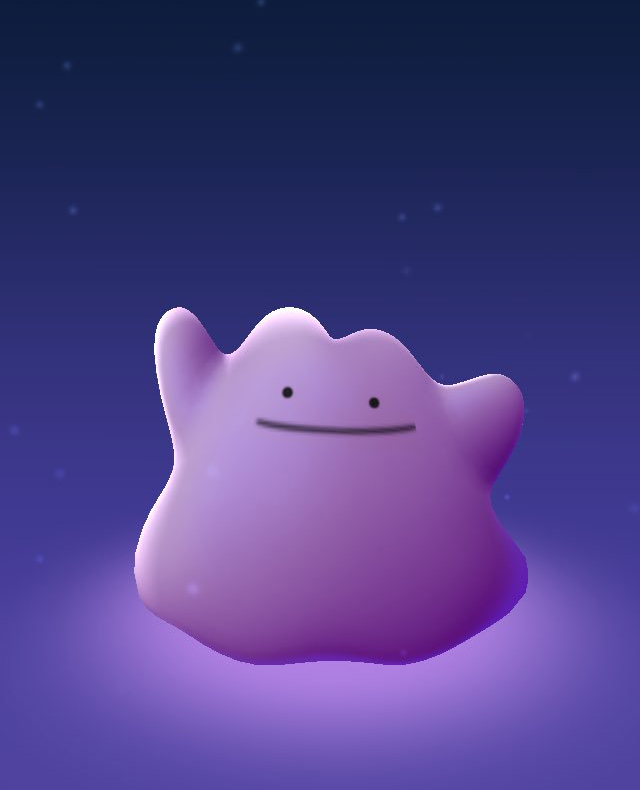 Ditto doesn't appear to players as a Ditto in the wild. Instead, players might think they've caught a Rattata, Pidgey or Geodude, only to watch it transform back into a Ditto before their eyes. But be warned—the next rare monster you spot might actually be a Ditto in disguise.

The new Nearby Pokémon feature actually gives you a good idea of where you might be able to find your local pocket monsters. By tapping on the Pokémon you see in the lower righthand corner of the main game screen you can open the updated Nearby menu, which shows you the closest Pokémon and their nearest Pokéstop. Catching a coveted creature has never been easier. 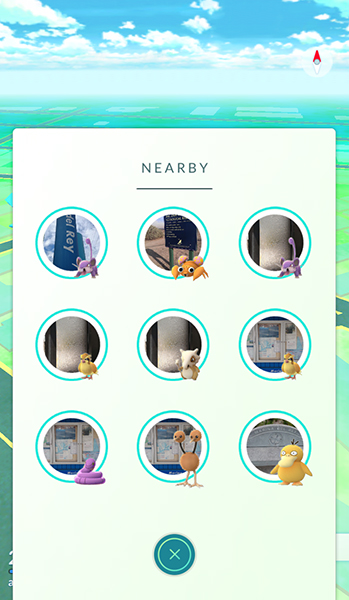 As of last week, the nests in Pokémon Go were updated for the first time in a long while. Nests are small areas where certain Pokémon are much more likely to spawn, and if the nests near you belong to rarer creatures, you're very lucky. Updated nests might mean you'll start seeing different Pokémon around your usual haunts, so get out there and check!

I seriously miss the days when the streets would be packed with groups of friends working to complete their Pokédexes together. There's no reason it still can't happen. Get your friends together and go for a stroll and a Pokémon adventure. The walk will do you good, and extra steps will get your Buddy Pokémon Candies and finally hatch those Eggs.

There are some big updates coming to Pokémon go this month, and rumor has it that it might include the addition of a second generation of Pokémon to the game, adding 100 new monsters to the mix.

If that happens, Pokémon including Golbat, Onix and Porygon will get evolved forms, Pikachu, Clefairy and Jigglypuff will get prevolutions through Eggs and Eevee will get two brand new Eeveelutions—and that's not even to mention all of the new characters.

Even if there's no guarantee of this new generation of Pokémon on the horizon, their data has been found within the code of Pokémon Go. It's really only a matter of time!

UPDATE: The official Pokémon Twitter says new Pokémon are coming, and that details will be out on Dec. 12!

If you're still playing Pokémon Go, chances are that you're also interested in Pokémon Sun and Moon. Click HERE to say what your starter reveals about you.