How to Find Shinies, and Other Little Things I Spotted Playing More of Pokémon: Let's Go!

Earlier this week, I was invited to visit Nintendo's PR agency in Downtown Los Angeles for another demo of the highly anticipated Pokémon title. I got to play a little more of the game and learn even more about what it will offer when it finally hits shelves on Nov. 16. Here were some of my favorite observations.

Boy and Girl Pikachu and Eevee

Nintendo has been teasing the boy and girl Pikachu and Eevee for a while, but during my latest demo of Pokémon: Let's Go! I got to see that in action for the first time, with my partner Pikachu being a girl with a cute, heart-shaped tail.

For that to make sense, it helps to have a little background. The Pokémon: Let's Go! titles are remakes of Pokémon Yellow Version, which came out before Pokémon even had genders. Boy and girl Pokémon were only introduced in the next generation of the games. Even more confusing, there were no visible differences between the boy and girl version of Pikachu until the fourth generation. That was when the girls were given their round, heart-shaped tails, with the boys (including Ash's Pikachu in the anime) keeping the classic rectangular Pikachu tail.

Pikachu have about a 50/50 chance of being either gender, so about half of Pokémon: Let's Go Pikachu! players will likely have a girl Pikachu when the game launches next month. But Eevee are a little different. They're seven times more likely to be male than female, making girls quite rare. Up until now, girl and boy Eevee were also identical, but Let's Go Eevee! is introducing a visual difference between the genders. While boys will keep their traditional spiky-pattern tail,  the girls now have a rounded edge to the pattern (also forming a heart!).

I mentioned in my previous coverage of the Pokémon: Let's Go! games that some wild Pokémon have rings around them, with colors indicating their meaning. While a blue ring around a Pokémon means that it's particularly tiny, a red ring means that it's huge for its species.

There's one color I haven't yet seen in the game, and that's yellow. According to a representative from Nintendo, you won't be able to see the shiny based on color in the wild, but it will have glittering stars indicating that it's special. These are super-rare Pokémon with unique color variations, and they're coveted by Pokémon fans. While their color differences won't be available at a glance, I do love that they can be spotted at a glance and can't wait to capture some shinies of my own. 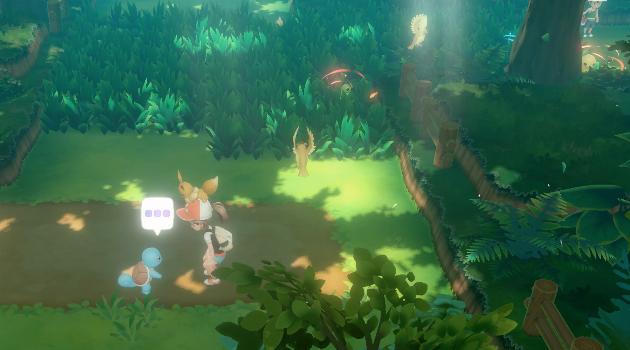 Since your partner Pikachu or Eevee can't evolve in the games, they get some special perks that help them hold their own in touch battles, including moves called Special Partner Powers.

In the Viridian Forest, I got to use one of Pikachu's new moves called Floaty Fall on an unsuspecting enemy Metapod. This flying-type attack lifts Pikachu into the air with a series of balloons before he strikes from above, and handily took out the bug I was fighting.

While I didn't get to see it in action, Pikachu also has a new water-type move called Splishy Splash that involves riding a surfboard while a wave crashes down on your opponent. Eevee also is getting a series of interesting moves. It can have an electric move called Buzzy Buzz, a fire ability named Sizzly Slide and a water move called Bouncy Bubble (which is doubly helpful, as it also heals Eevee). Seeing as Eevee has at least three of these abilities, Pikachu will probably get at least one more as well when the game releases in November.

Swapping Out Pokémon From Anywhere

In past Pokémon games, you could carry up to six Pokémon at a time, and any Pokémon beyond that would be transferred immediately to your PC when you caught them. In order to add newly caught Pokémon to your party, you had to visit a Pokémon Center and access the PC there to swap them out. That won't be the case in these new games.

Instead, you'll be able to access your full list of Pokémon directly from the pause menu and swap out any Pokémon you'd like at any time. While putting Pokémon back into this bank will no longer heal them back to full health (you'll still need to take them to a Pokémon Center for that) it means you'll always be able to use any Pokémon you'd like without having to run around all over the place to do so. 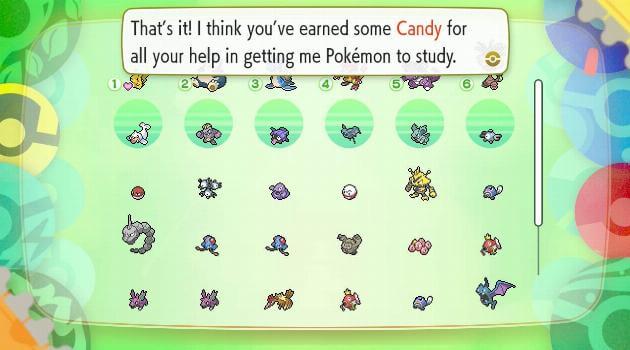 The Pokémon: Let's Go! games borrow many mechanics from Pokémon Go, including Pokémon candies. In Pokémon Go, you need to collect a certain number of candies in order to evolve Pokémon or to power them up, but candies will look a little differently in the new games. You can still transfer your extra Pokémon to Professor Oak to earn candies, but now they'll be used solely for powering up your monsters. Evolution will remain as it has in past Pokémon games and occur by reaching certain levels or by meeting specific conditions. 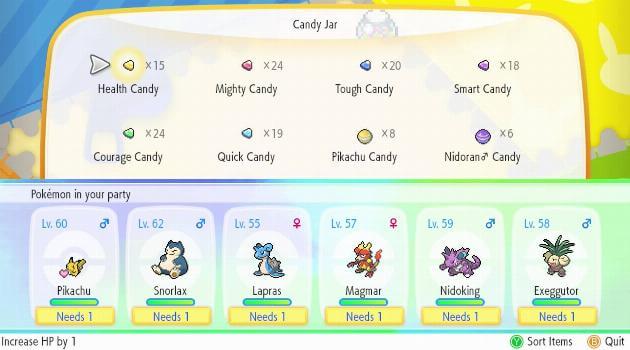 While I'd seen the couch co-op mode for the Pokémon: Let's Go! games in plenty of videos, I didn't experience it for myself until my latest demo. At any point during the game (even in the middle of an important Pokémon battle) a second player can shake a Joy-Con or Poké Ball Plus to join in on the fun.

When you're catching wild Pokémon, timing your Poké Ball throws perfectly with a friend not only makes it easier to catch a wild Pokémon, but also ups the amount of experience you'll earn from doing so. In battles, you can essentially double the number of attacks you can make, with the second player controlling whichever Pokémon is currently second in your party.

Petting Pokémon Is So Much Better in Handheld Mode

Lastly, I got to see a little bit of the Pokémon Refresh-style petting game that'll be featured in the Pokémon: Let's Go! games. In this mode, you can pet Pokémon's heads, feed them berries or make them follow you with their eyes across the screen. You can even high-five Eeevee. The idea is that by spending time with your Pokémon, you can increase your bond and make them even more powerful. So far, it seems like only Pikachu and Eevee will be featured in this section of the game, but that makes those partner Pokémon even more special. While this can be accomplished with a controller on the TV screen, actually getting to pet them with the touchscreen in handheld mode makes the game a lot sweeter. By the way, Pikachu likes both head rubs and belly rubs. 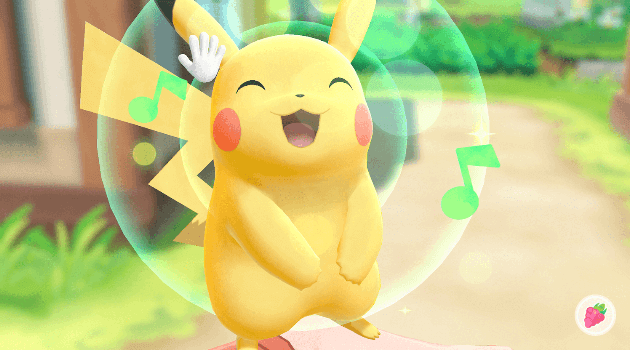 If you learned something here, click HERE for even more insights into the upcoming Pokémon game.