Pikachu and Eevee are going on tour, and they just might be headed to your city.

Ahead of the highly anticipated Pokémon: Let's Go Pikachu! and Pokémon: Let's Go Eevee! games for the Nintendo Switch, the Pokémon Let's Go, Road Trip! tour is headed to major cities across the U.S. to let fans play the titles early and meet their favorite Pokémon in person. I was invited to a special preview of the tour's first stop in Santa Monica on Sept. 29, and I can tell you fans won't want to miss out on the fun!

The star of the show is definitely the games themselves. Though they don't come out until Nov. 16, each event will feature two trucks with stations where you can play an eight-minute demo of the games. One truck features Let's Go Eevee! and the other allows you to play Let's Go Pikachu!, so you can side with your team if you have a favorite. I found it extremely hard to choose, but I decided I'm going with Team Eevee. 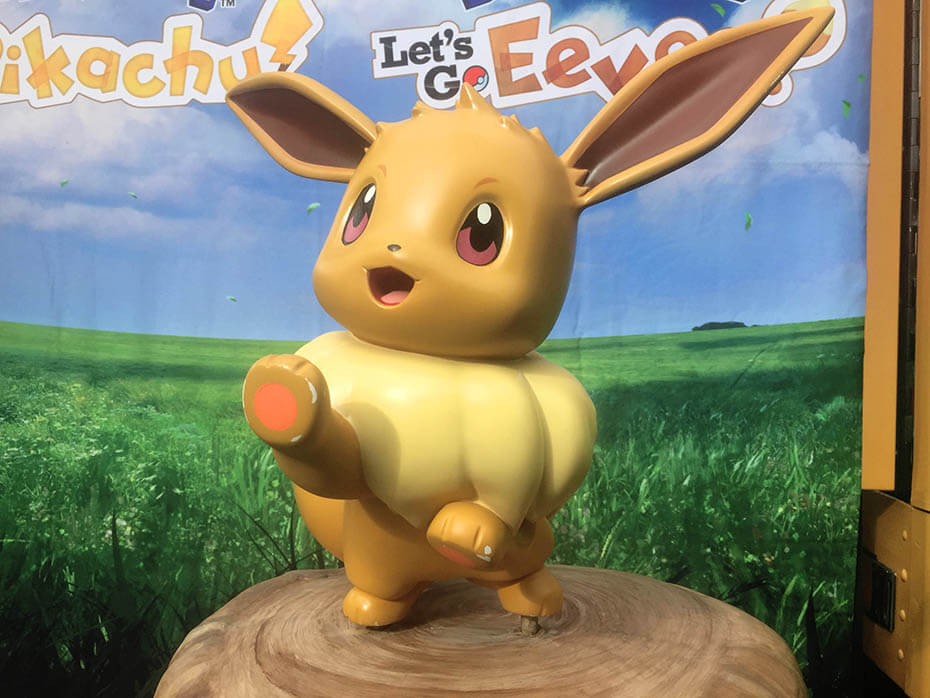 Though I'd already had the chance to play a bit of the game at E3, the new demo had definitely been updated since April. Like before, this demo took me through the Viridian Forest, where I could capture some Pokémon in the woods or battle trainers with my Pokémon team. This time, I could also pick up dropped items from the ground. I was also informed that the Poké Ball Plus had been fine-tuned to be more responsive, and I definitely felt a difference as I "threw" the Poké Ball to capture critters. Like before, I really enjoyed the sound and rumble functionality of the device and how they made it feel like I was really out capturing Pokémon. 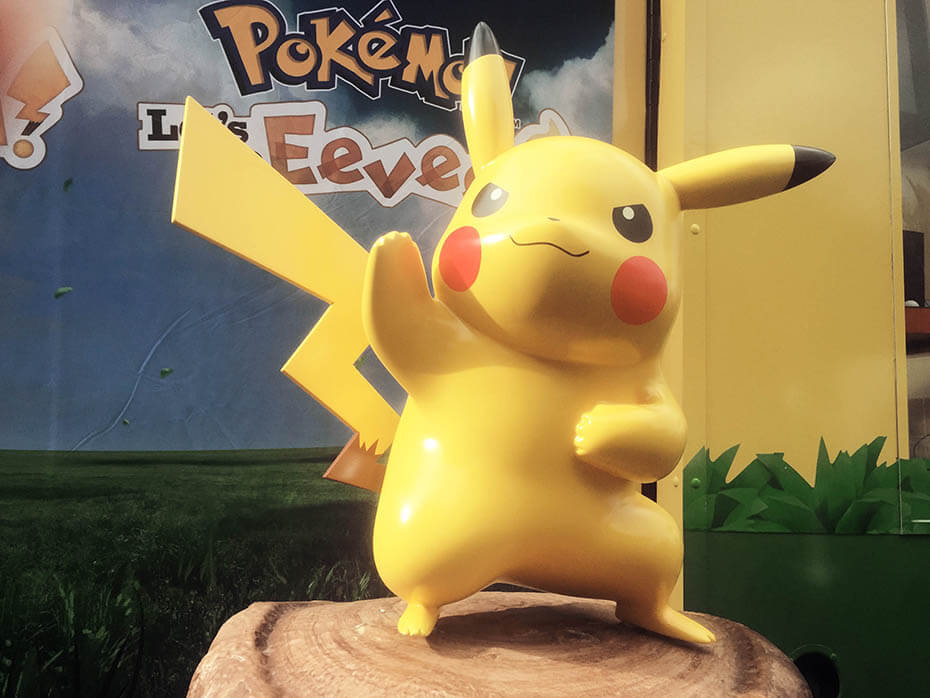 If you want to get your hands on the demo, I recommend lining up early so you don't miss out on your chance to play. However, the game isn't the only highlight of the tour. Throughout the event, the coordinators were handing out cute Pikachu and Eevee hats, and when I was done with the demo I also received a Poké Ball-shaped stress ball. There were also all kinds of photo opportunities, including adorable statuettes of Pikachu and Eevee, plus the cutest mascot costumes I've ever seen. There's no version of these two Pokémon I'd rather hang out with. 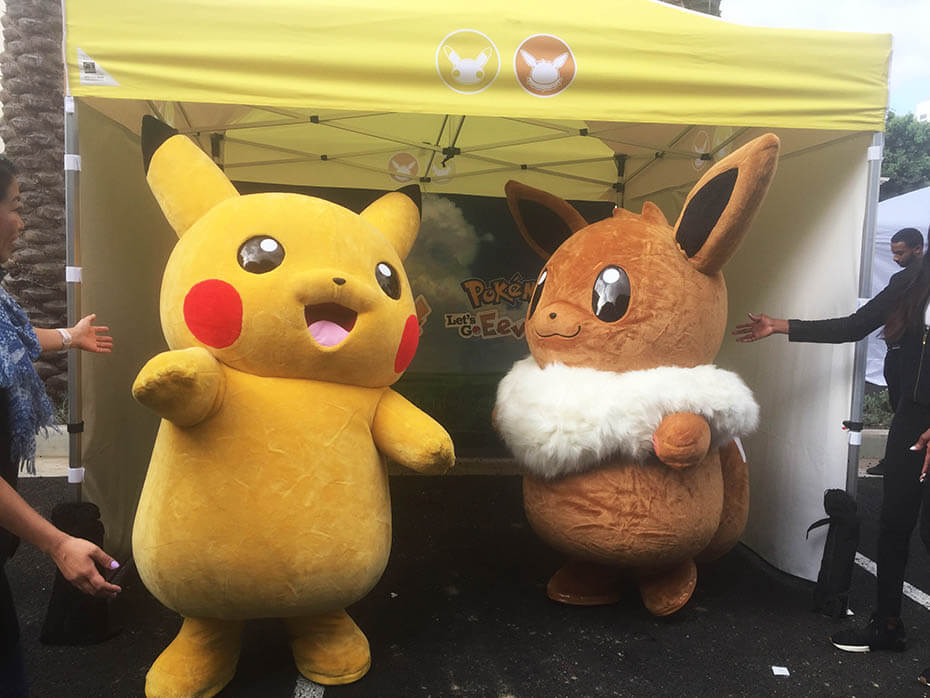 Scan the list below to find out if the tour is coming to a city near you:

You can find out more details about tour locations HERE. 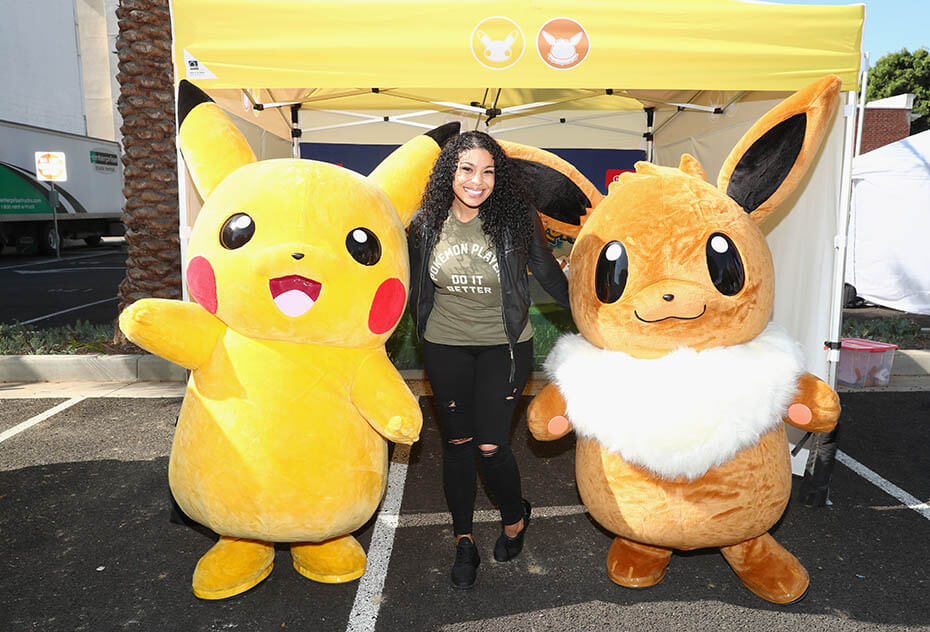