Not to sound super old, but back when I started playing Pokémon games, there were 151 Pokémon in total and we thought that was a lot. I had no idea there would ever be new creatures beyond the ones available in the original Pokémon Red and Blue on Game Boy. 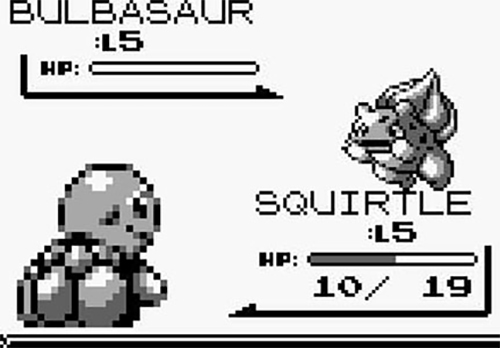 A year after the first games released in the states, the egg-shaped Togepi appeared in the Pokémon anime. Everyone freaked out over the idea of additional Pokémon. Then there was Pokémon: The First Movie's reveal of the ground-type elephant Donphan, making us fans even hungrier for more new characters. 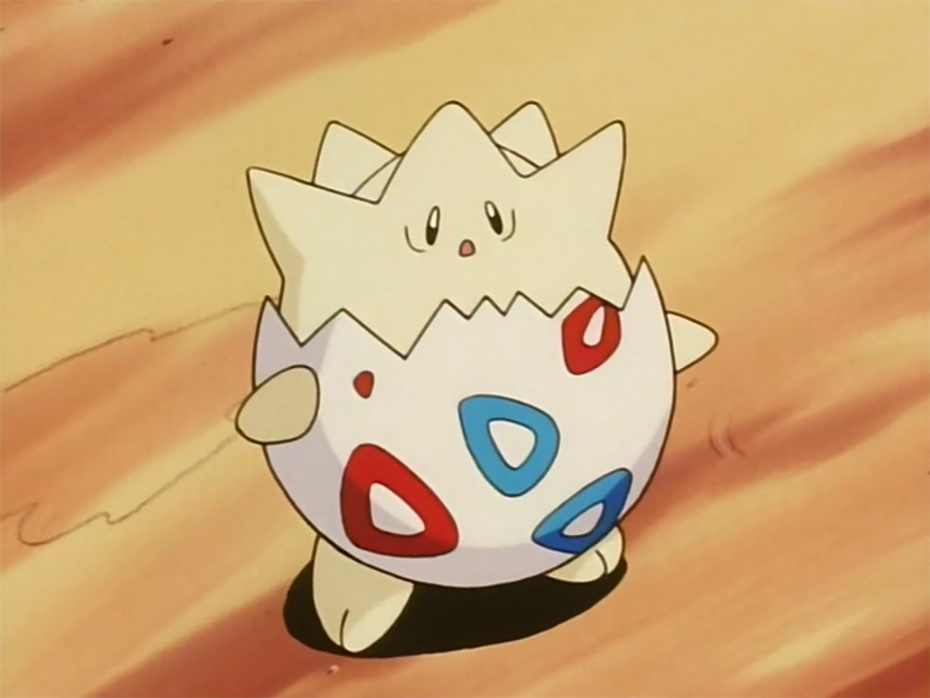 Next, Pokémon Gold and Silver came out on the Game Boy Color, introducing 100 brand new Pokémon. Suddenly, it felt like the sky was the limit. As long as the creators could keep their creative juices flowing, there could always be new Pokémon.

Now it's 2016. In the games that have released so far, there are a whopping 721 Pokémon to catch and collect. That's not even counting the more than 40 brand new Pokémon that have been announced for the Pokémon Sun and Moon games releasing in November, or the new regional variations of existing Pokémon. 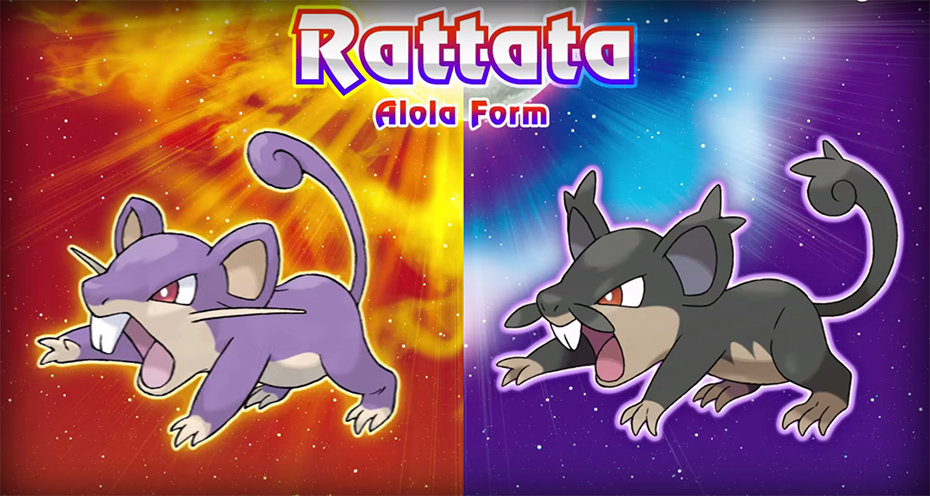 Even as we approach the 1000 Pokémon mark, I have to admit I still get excited for every new Pokémon announcement. Just yesterday, Nintendo announced new creatures called Type: Null and Jangmo-o, plus a plump new version of Raticate from the next game's Alola region and something entirely new called an "Ultra Beast."

But with every announcement, I grow more and more cautious. I've been a Pokémon fan almost my entire life, and I want to avoid disappointment if it's possible.

With more than 750 Pokémon out there, there are bound to be some stinkers in the mix. And maybe it's just me, but they seem to become more and more common as the number grows.

That's not to say that every Pokémon from the first generation was perfect. Voltorb was basically a Poké Ball with eyes, and I'm still not sure what Mr. Mime's deal is. 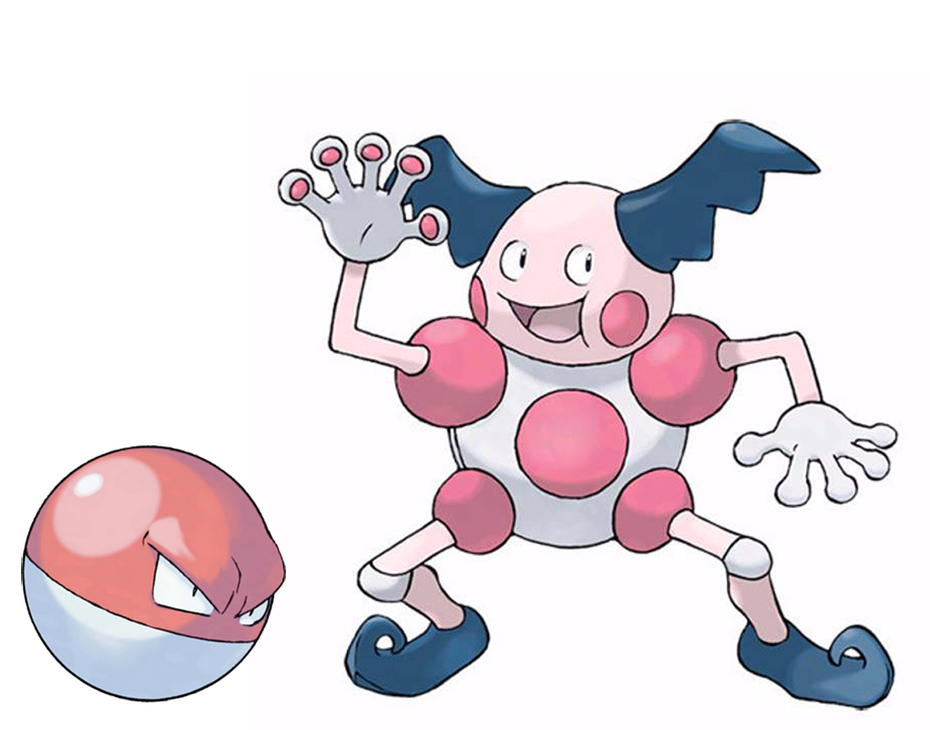 But when the fifth generation of Pokémon games released in 2010, it just felt like the artists behind the series were running out of ideas. Pokémon Black and White introduced three ice cream cone Pokémon, three Pokémon that were just interlocking gears and two Pokémon that were literally piles of garbage. Personally, I think it was a low point in the series. 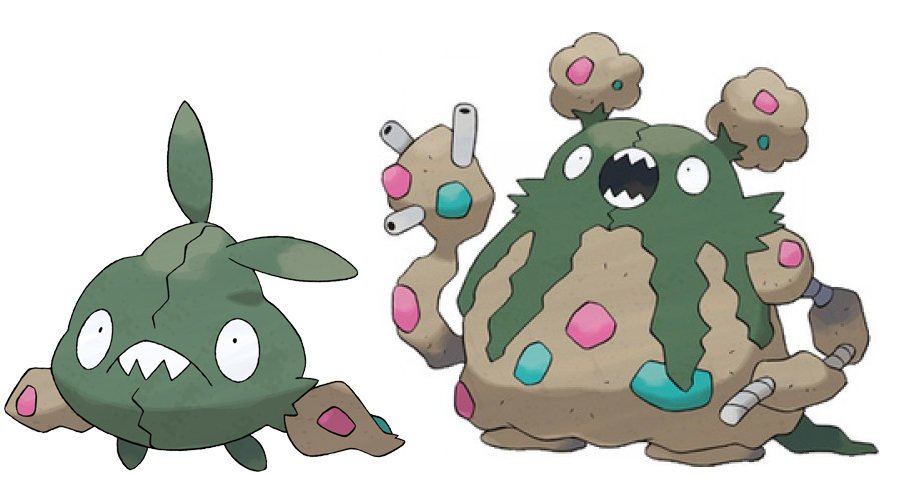 With every update, there's potential for elation or another major setback. After a while, it gets exhausting—and there are still more than two months until the next games come out!

So far, the Pokémon of Sun and Moon have been a mixed bag. Take the starter Pokémon. At the beginning of every Pokémon game, players are given three options for the first creature they'll take along with them on their journey. In this game they'll be the grass-type owl Rowlet, the fire-type cat Litten and the water-type seal lion Popplio.

In my opinion, Rowlet is perfect. He's adorable and round and he'll definitely be part of my team in the new game.

I also think Litten is pretty cute, but I really struggle to see the appeal of Popplio. Maybe my slight fear of clowns throws me off, but I just don't like it. This circus sea lion may manage to charm me in the game, but I doubt it's going to happen.

Some of the designs in Sun and Moon are busier and stranger than ever. This new kissy fish Pokémon, Bruxish, doesn't feel inventive, and it doesn't look cool or cute. Then there's Sandygast. It's a sandcastle, for some reason. 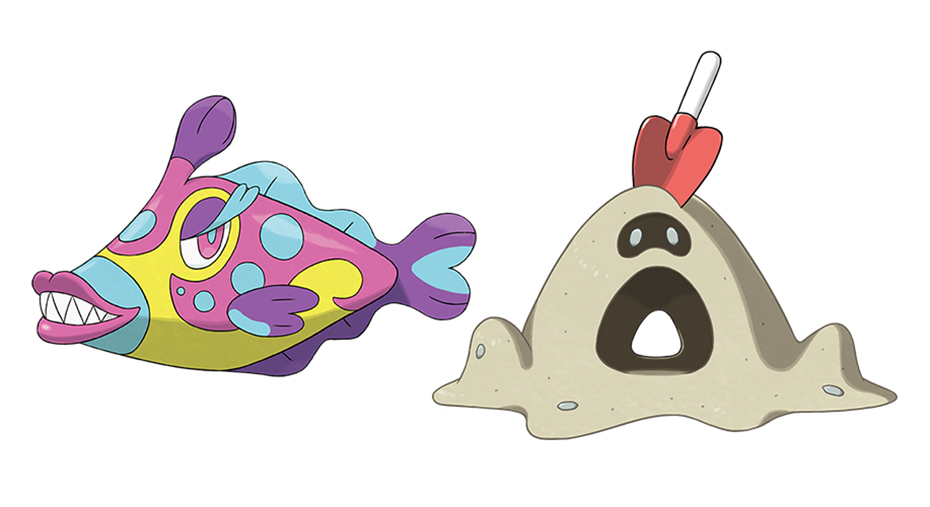 But Pokémon Sun and Moon have completely won me over in one respect. The Alola forms are new variations of classic Pokémon who have adapted to living in the new games' climates, and so far I love them all—so far. 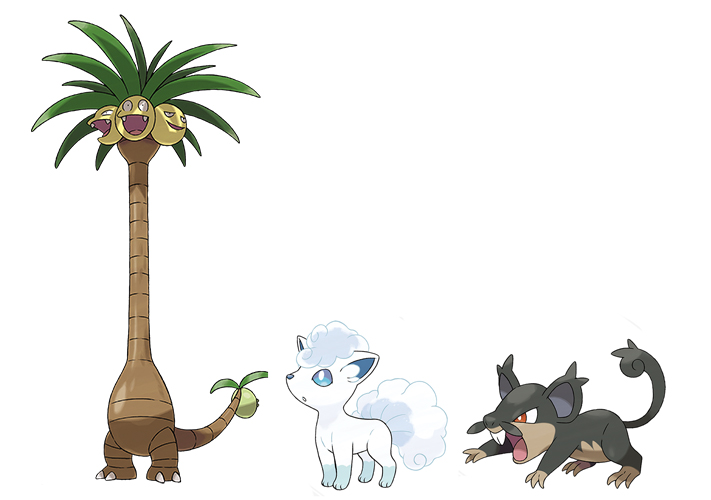 The tree-like Exeggutor has always been a strange Pokémon, but this new version extends his neck to turn him into a towering palm tree. He even has a second face on his tail! Something about him feels really special, and I look forward to capturing my own.

Vulpix has always been cute as a fire-type Pokémon, but its new snowy variation is equally precious. And the dark-type Alolan Rattata makes a ubiquitous Pokémon exciting and different for the first time in almost two decades.

And can we talk about Alolan Raichu? Pikachu's evolved form, Raichu, has gone overlooked for way too long, and I think this surfing version with psychic abilities is finally going to help the Pokémon get the respect it deserves. 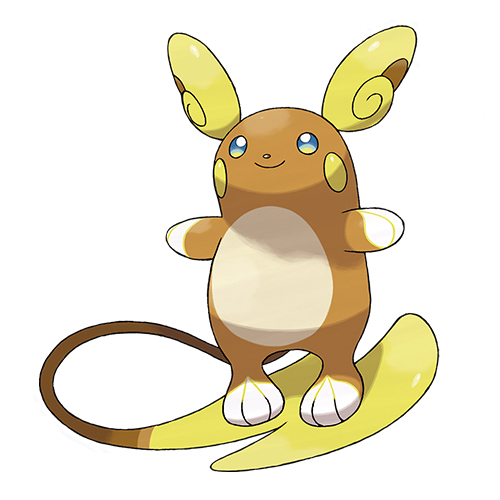 Waiting for a new Pokémon title always has its ups and downs. I won't really know what to think until I get my hands on it this November. But when I do, don't think for a second that I won't be back to share my thoughts.

Can't wait for Pokémon Sun and Moon? Click HERE to see which Pokémon type you were born to train, based on your zodiac sign.