Pop Bitties Are the Teeny-Tiny Healthy Alternative to Popcorn, and We're Obsessed

Before I tried a delicious handful of popped water lily seeds a couple of years ago, I hadn't even considered the possibility that seeds other than corn could be popped into fluffy, tasty snacks.

I've always loved the taste of popcorn, and I felt like a new window of snacking opportunities had been opened up for me. So when I heard about Pop Bitties, a unique new snack food made from popped sorghum, I just had to try them. Their creators were kind enough to send me four bags of Pop Bitties in four flavors, and I was eager to see how they would stack up against classic popcorn.

Pop Bitties might look like tiny pieces of popcorn, but they're actually made from air-popped whole grain sorghum. The eco-friendly grain has been around for thousands of years and is great because it's sustainable and drought-resistant, and requires fewer resources than corn and other grains. It's also gluten-free and corn-free. Sorghum is also a good source of vitamins and aids healthy digestion. When popped, it remains just as nutritious, and Pop Bitties contain no artificial ingredients or trans fat, and are also free of peanuts and tree nuts. They're available in certain stores and on Amazon for $14.96 for a four-pack of 4.5 oz. bags.

I usually like to start with the most standard flavor when I do taste tests, so I began with the Sea Salt Pop Bitties. When I opened the bag and poured some out into my hand, I was shocked to see just how tiny they really are. I have pretty small hands, and look how small they still appear! 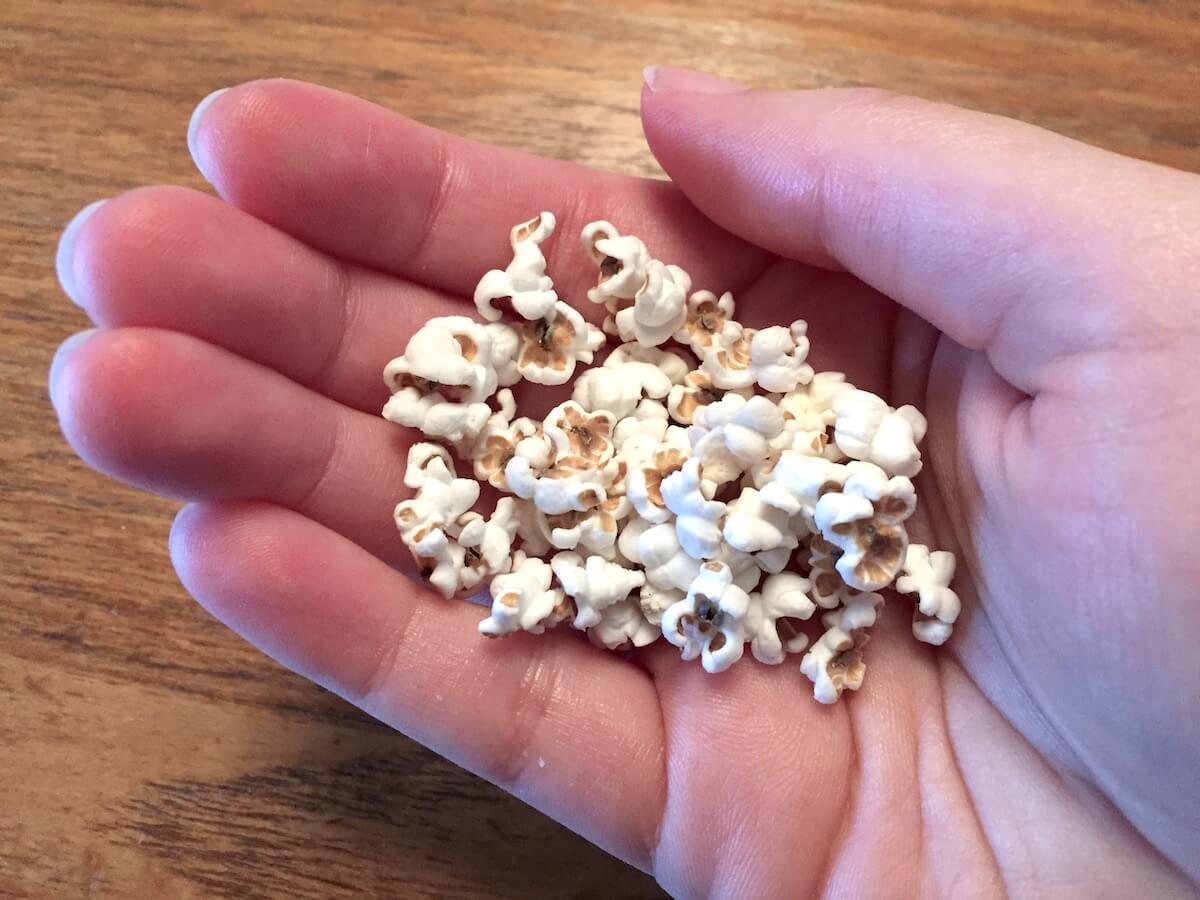 Of course, the flavor was a lot more important than the appearance, and I was really pleasantly surprised when I tossed this first handful into my mouth. They had the exact same crispy, yet puffy texture as freshly popped popcorn, but on a much smaller scale. The amount of salt felt just right, and it elevated the slightly nutty taste of the Pop Bitties. Flavor-wise, it was better than any bagged popcorn I'd ever had. Plus, while many pre-popped bags of popcorn tend to have a slightly stale texture even when they're brand new, these maintained their freshness even after a few days of being sealed up.

They were all too easy to snack on, and my family wound up enjoying them with me as well, even if we did wind up making a bit of a mess. The pieces are so small that it's easy to drop them as they're scooped out of a bowl, and at one point someone joked it might make more sense to eat them with a spoon. We also noted that Pop Bitties are preferable to regular popcorn because the kernel part in the center is super small, so it doesn't get caught in the teeth like a regular popcorn kernel. 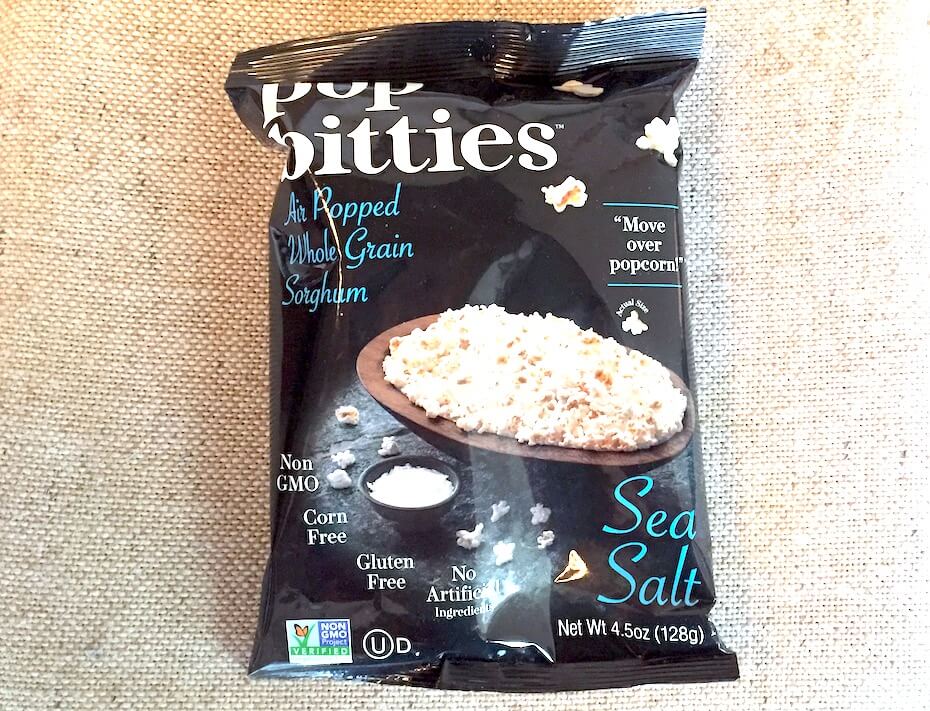 When I opened the bag of Half Dressed Sea Salt Pop Bitties and started eating them, I honestly couldn't tell the difference flavor-wise. I had to scan the bag to find out that this flavor is made with half the oil of the regular Sea Salt flavor. At the end of the day, we all thought they tasted identical. If you're into healthy options, there's no reason not to pick these over the Sea Salt. 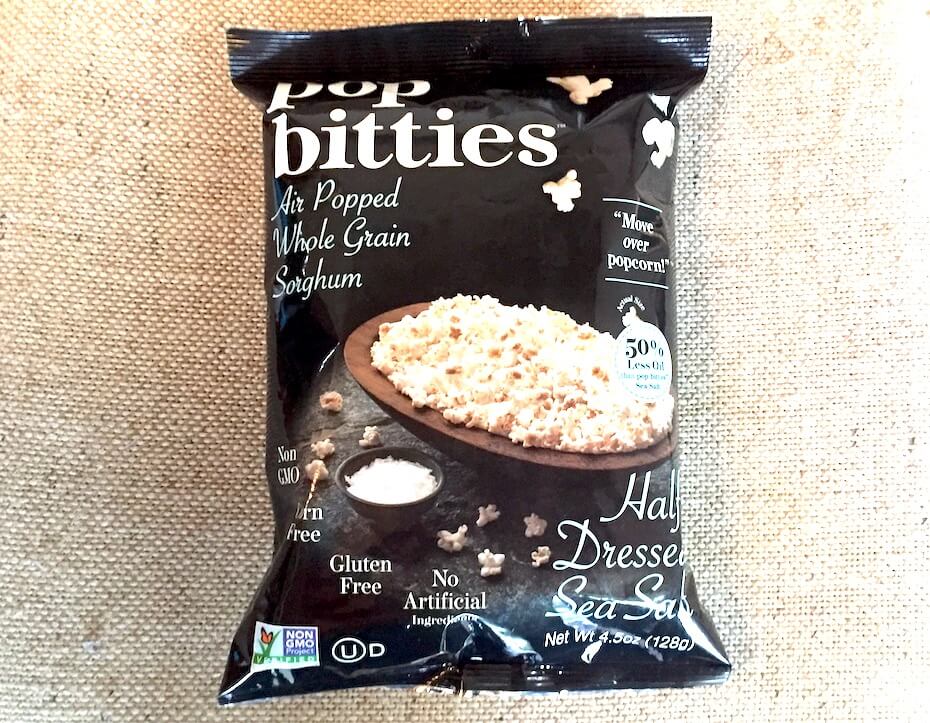 After trying two similar savory flavors, I was pretty curious about Pop Bitties' singular sweet flavor, Brown Sugar & Cinnamon. The moment I opened the bag, I was hit with the aroma of sweet cinnamon and spice. The speckled brown coloring also made it clear there was more to this flavor. If you're into fall flavors like pumpkin spice, you're going to like this. There was still a slight saltiness to it, but the cinnamon flavor came to the forefront, backed by the light sweetness of brown sugar and a hint of butteriness. Overall, it reminded me of a cinnamon rice cake—but much tastier—and I loved that it offered up a completely different flavor. 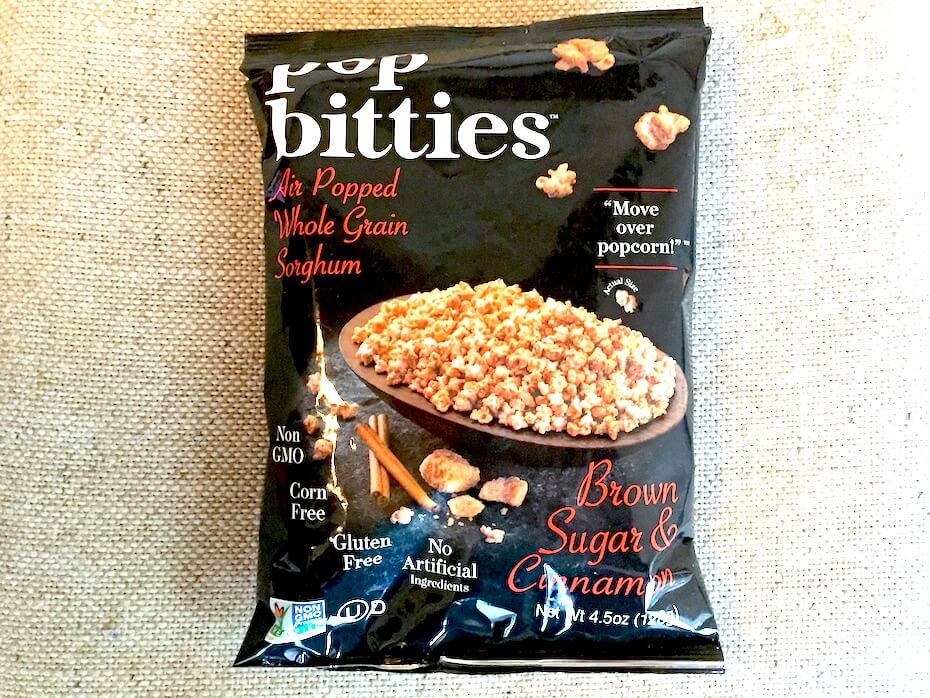 I was most excited to try the White Cheddar flavor, so of course, I saved it for last. I was really glad I did. Interestingly enough, there was a light sweetness to the them, which, when paired with the delicate flavor of cheddar made for a perfect cheesy taste. It definitely didn't taste artificial or overpowering like many other cheesy popcorns, making this my favorite of the four Pop Bitties flavors. This bag didn't even last us a full day because we simply couldn't stop munching on them. 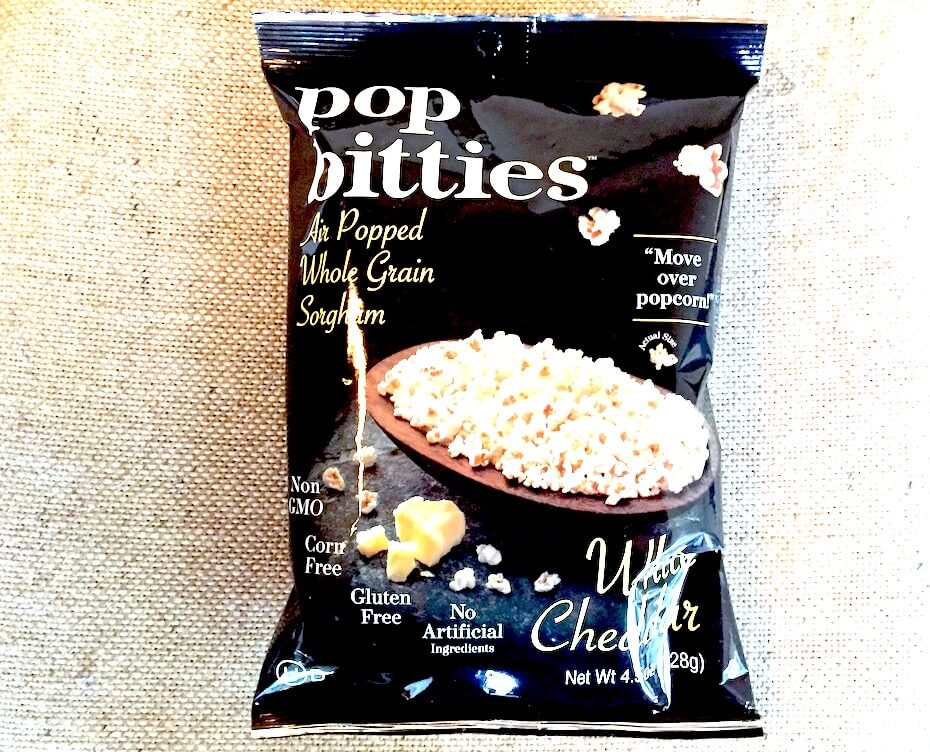 While I don't think Pop Bitties are going to replace traditional popcorn at the movie theater any time soon—mostly because of their size and the mess factor—I'm an instant fan. They taste awesome, have some great health benefits and don't get stuck in my teeth. I'd pick Pop Bitties over any bagged popcorn any day, and at less than $4 per bag on Amazon, they're not prohibitively expensive, either. If you're a popcorn fan and you get the chance to try these, you definitely should.

Click HERE to find out if Pop Bitties are sold at a location near you.

Love movie snacks? Click HERE for Insta captions for all your popcorn pics.