In the last couple of years, I've been pretty successful in converting myself from a regular soda drinker into a seltzer fan—but that doesn't mean I still don't enjoy the occasional sugary fizzy drink.

While soda can be tempting, I find in the end that all those empty calories simply aren't worth the experience. Of course, I'm willing to make exceptions to try unique new flavors, particularly when they also happen to be healthy.

After stumbling upon Poppi sodas, I knew I had to reach out to the company. Their bubbly drinks are low in calories while also packing the health benefits of apple cider vinegar. They were kind enough to send me a six-pack of their classic flavors, as well as their three poppi classics varieties, to see if they were everything they're cracked up to be.

Poppi soft drinks have one tablespoon of apple cider vinegar in every can, giving the sodas all kinds of prebiotic benefits. Prebiotics are fibers that feed the natural probiotics in your digestive system, which in turn boosts the body's natural immunity. They're great for your complexion, help lower cholesterol, promote a healthy metabolism, stabilize blood sugar and promote energy.

And while you'd think sodas containing apple cider vinegar would have a bitter, unappetizing taste, Poppi knows exactly what they're doing in the flavor department. They use cane sugar, stevia and fresh fruit juice to soften the harsh bite of apple cider vinegar until it's barely there. Each can contains 20 or fewer calories and five or fewer grams of sugar. 12-packs start at $29.88 online.

I started my Poppi journey with the Strawberry Lemon flavor. This one tasted like a very delicate lemonade with a light strawberry flavor. While it was tasty and went down easy, the subtle flavor almost made me wish the vinegar was more present because it might add a slight dimension of sourness that this one lacked. I'd happily drink it again, even though I think a little tweaking could make this flavor even better. 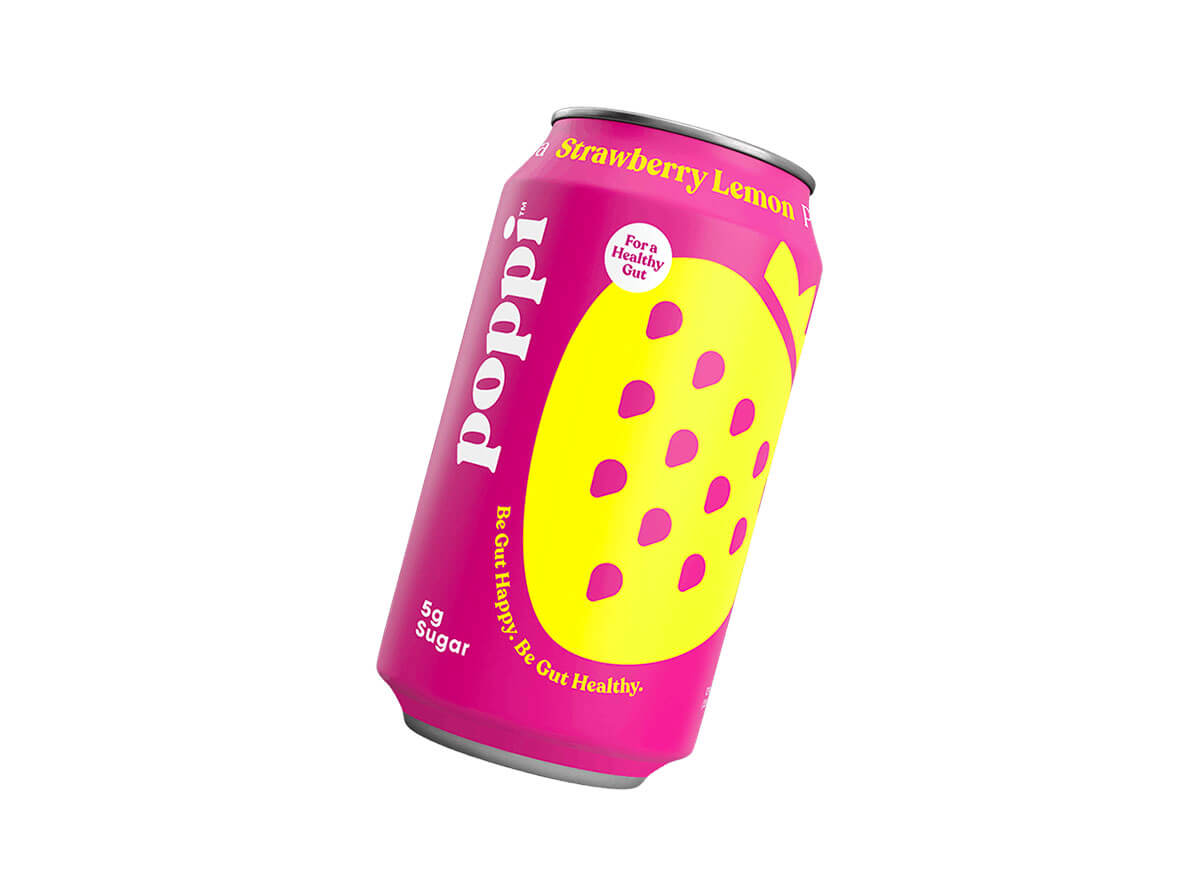 I'm always extra curious about floral flavors, which drew my attention to Poppi's Raspberry Rose flavor. Once again, the company managed to pick the perfect flavor pairing to work with the apple cider vinegar. Rose can tend to be an overpowering flavor, but here it works beautifully with the soft berry flavor to completely mask the taste of the vinegar. If you typically think  ACV is disgusting, this is probably the flavor to try first. 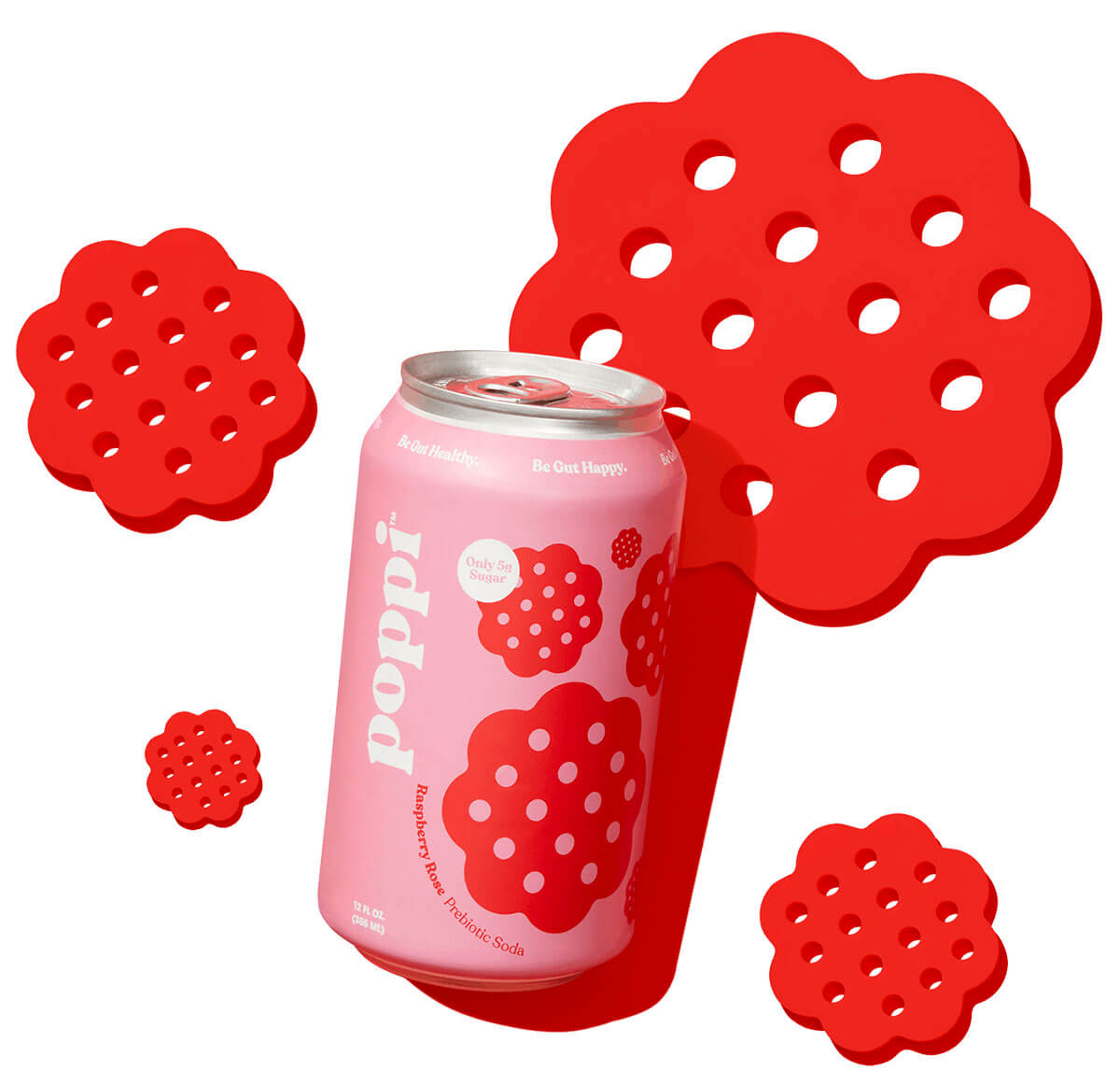 The Orange flavor is kind of the polar opposite of Poppi's Raspberry Rose. The simpler the flavoring, the more apparent the apple cider vinegar taste becomes, and that's definitely true here. However, that doesn't mean it's any worse than any of the other flavors. In fact, with nowhere to hide, the vinegar flavor comes through clearly, highlighted by the orange rather than masked by it, and the two work together really well. Oddly enough, citrus and vinegar make for a really nice pairing. 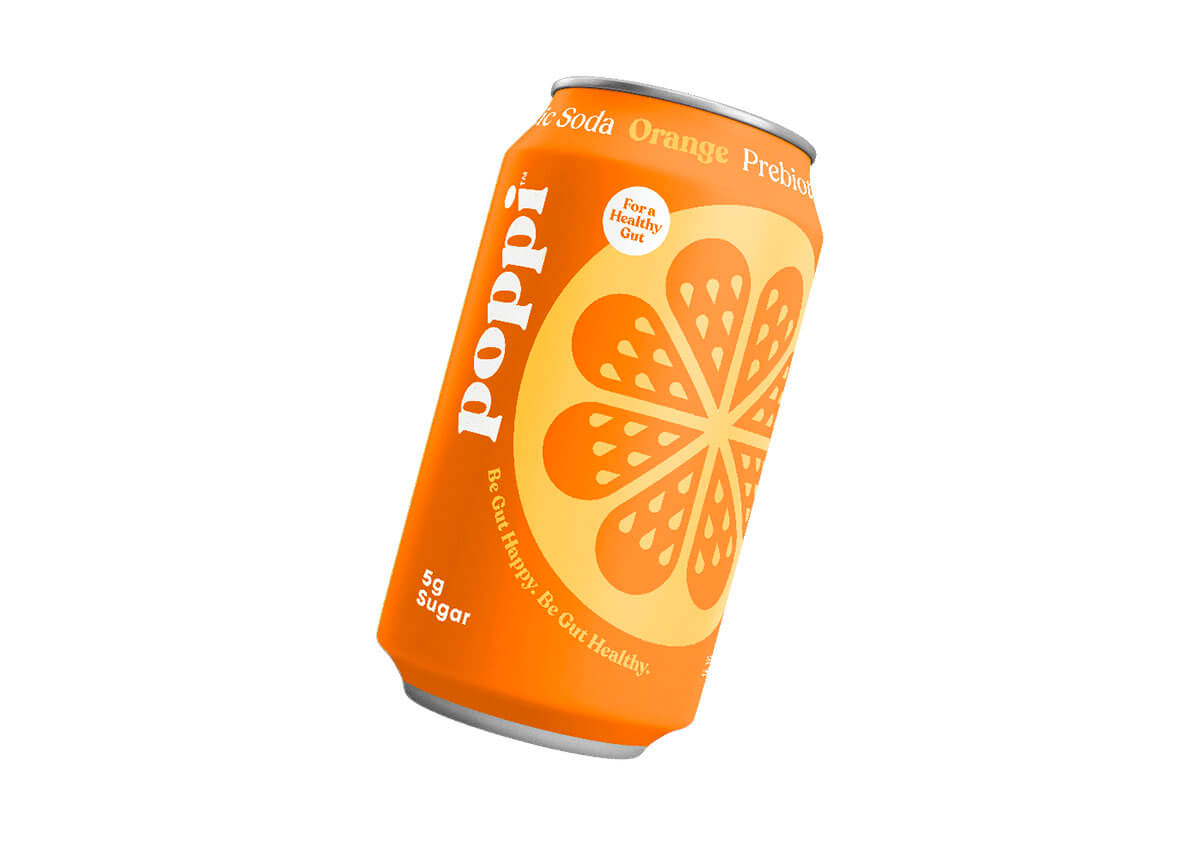 The Ginger Lime has the most complex flavors of the fruity bunch, and as a result wound up being one of my very favorites. The ginger is the key component, but without being too overpowering, lending the drink a bit of bite, while the tanginess of the lime is brought out by the vinegar. It's not quite the ginger ale you might be used to, but it's still tasty–and pretty darn good for you, too.

If you love a little bit of sourness to your watermelon drinks, you're going to love Poppi's take on a watermelon flavor. The apple cider vinegar enhances those juicy, fruity notes of watermelon, making it taste like watermelon candy with only the tiniest hit of vinegariness. It's another great flavor to start with if you're a little skeptical. 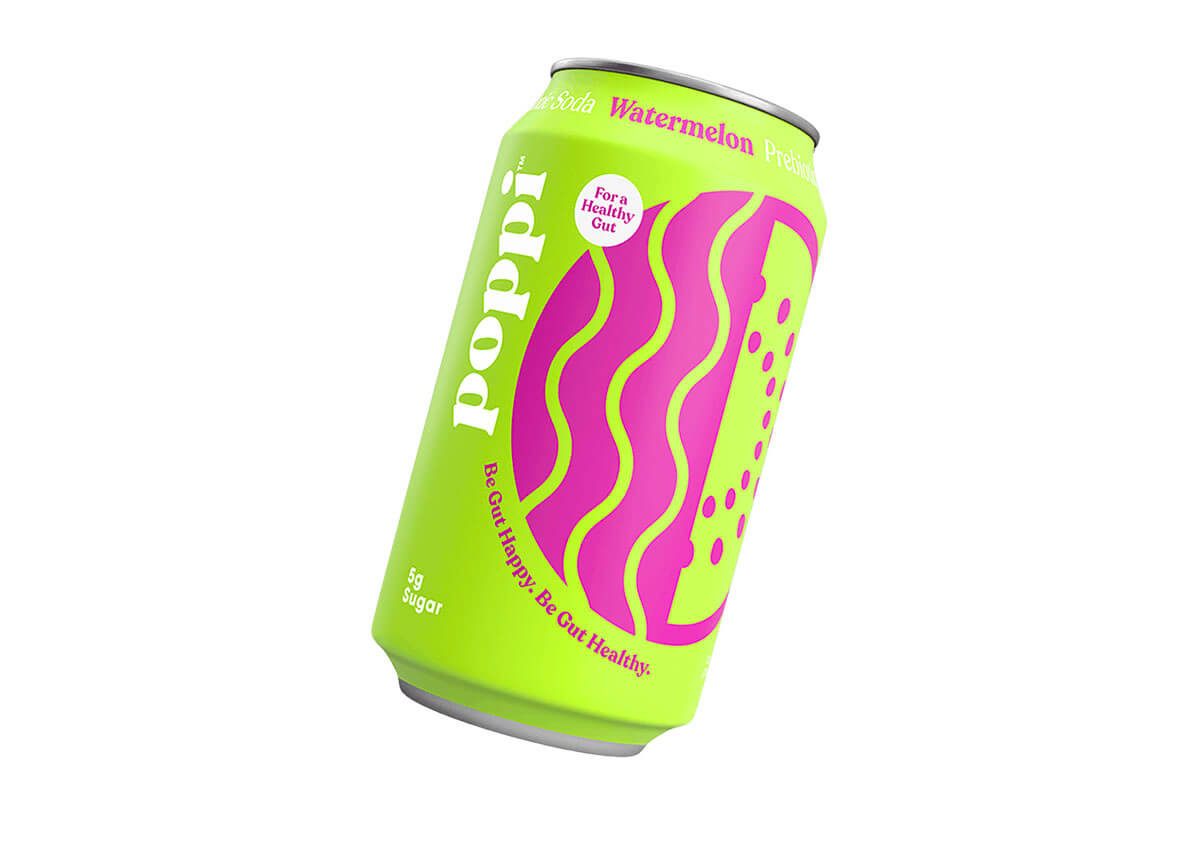 Last, but certainly not least, of the fruity flavors was the Grapefruit, which succeeds for all of the same reasons the Orange flavor does, except with even punchier, brighter flavors. The ACV and citrusy flavors work brilliantly together to make for a truly unique flavor, and I can't get enough of it. 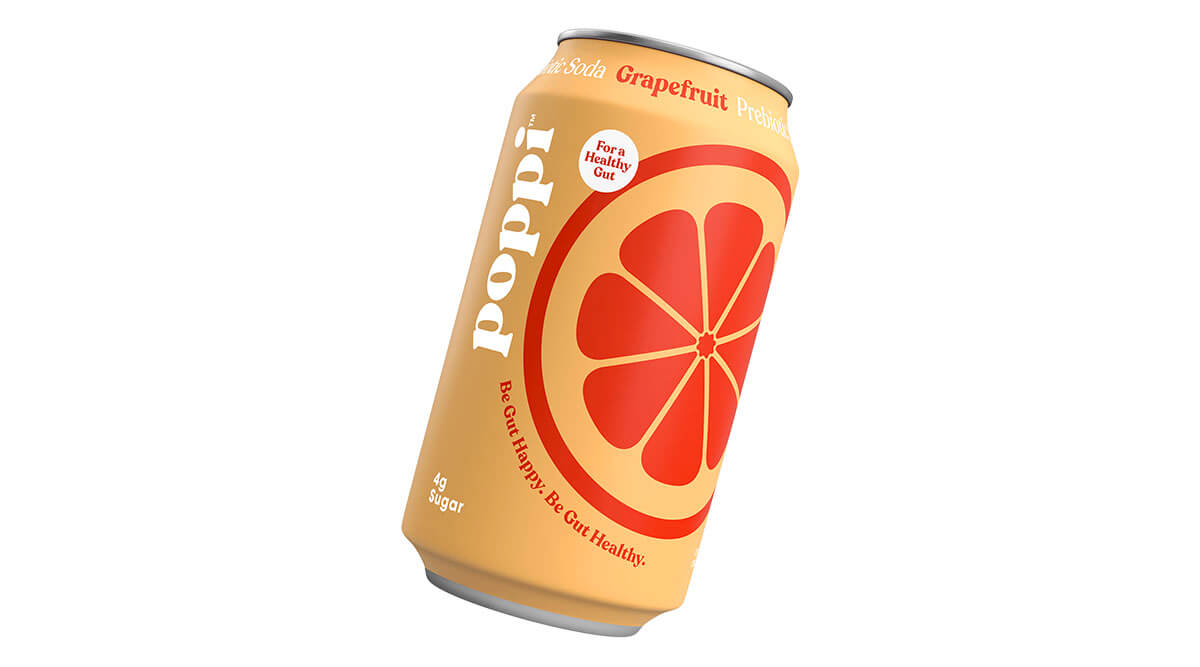 Also read about: A Definitive Ranking of Every Classic Capri Sun Flavor

Of course, I had to begin my poppi classics journey with the gold standard Classic Cola flavor. After my very first sip, I was hooked. poppi brilliantly mimics the flavor of an ultra-sugary cola without it feeling like a sweetness overload. It manages to have bite without being bitter or harshly sour in the slightest, and it leaves a gentle, almost vanilla-like aftertaste in the mouth that leaves you wanting the next sip. Plus, this flavor contains 50 milligrams of natural green tea caffeine, so the drink gives you a pick-me-up without a harsh edge. Better yet, it didn't upset my stomach at all. It may not taste exactly like a Coca-Cola, but it's close enough to satisfy, and you'd have no idea there was apple cider vinegar in it by taste alone. 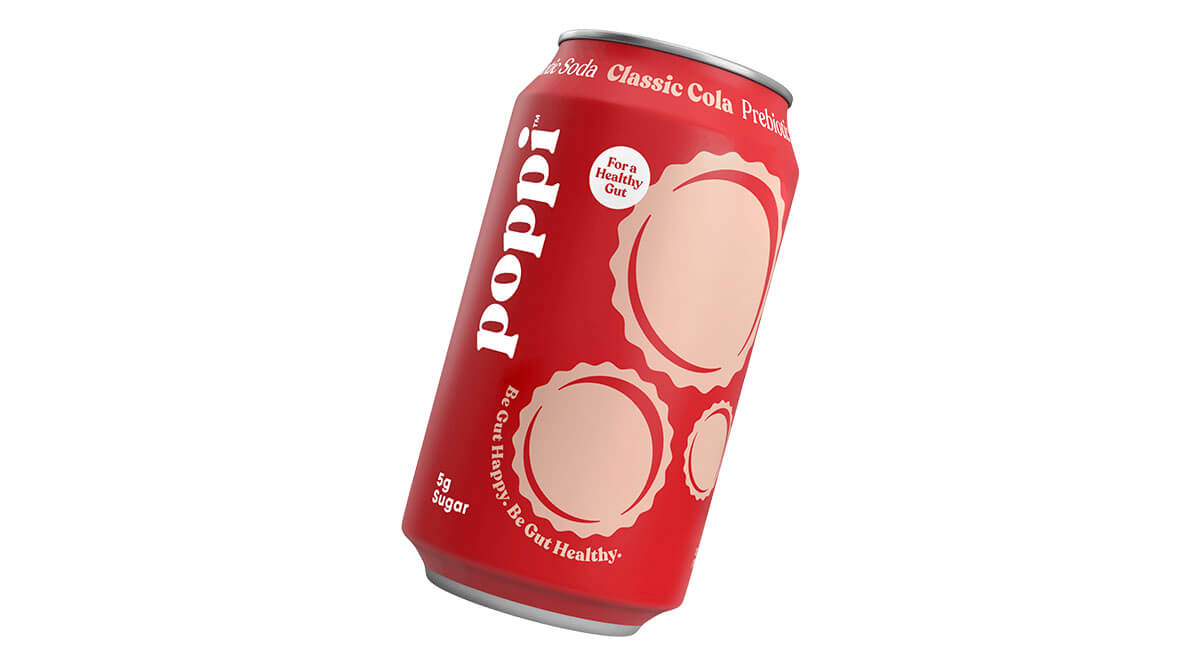 In my opinion, poppi's Root Beer flavor is just as successful as the Classic Cola at mimicking precisely the flavor it's going after. Where the Classic Cola has bite, this Root Beer has a round, sweet smoothness that really accentuates the vanilla-y notes throughout. I found this flavor to be sweeter than the one that came before it, and that wasn't a bad thing. It was just as easy to drink down, and while I wouldn't call it a replacement for traditional root beer, it comes close enough to be super cravable. 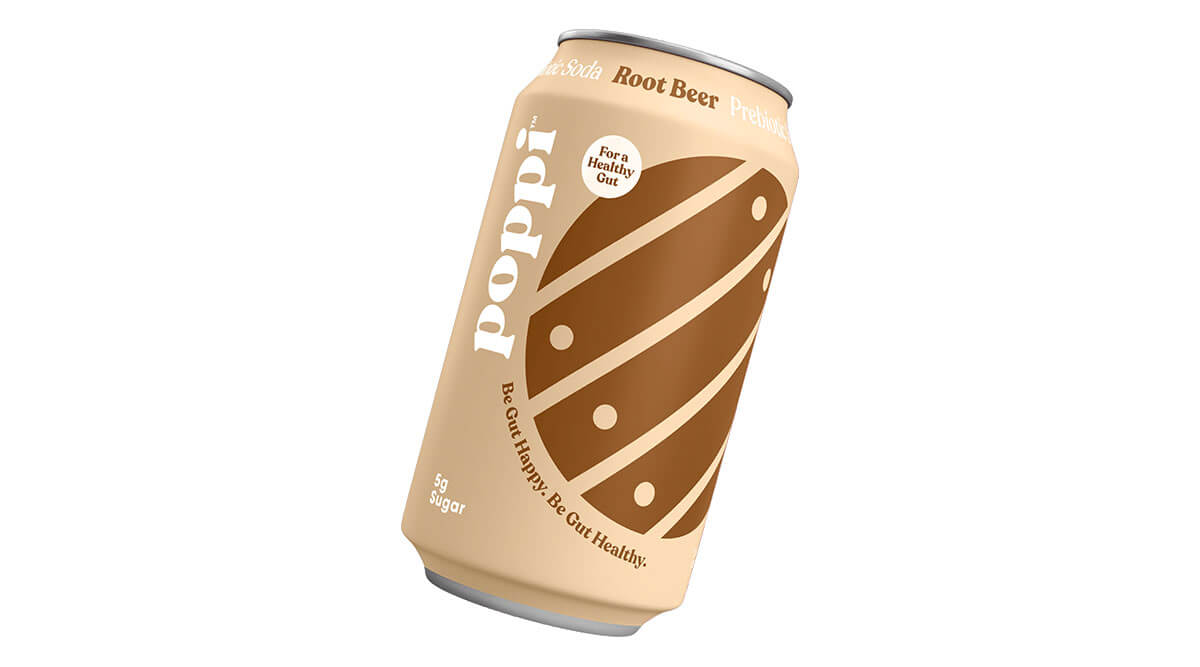 Doc Pop was the flavor I was looking forward to most, because nailing that Dr. Pepper flavor is tough. Not even the generic brands have it quite right. Doc Pop surprised me most, because I think it comes closest to the flavor it's trying to replicate—and the apple cider vinegar inside might actually help it in that regard. The flavor is complex—partly cola, partly cherry, partly vanilla, with undertones of other subtle tastes—and it all works. This quickly became the family favorite, and both cans I was sent were gone in a flash.

Also read about: What Exactly Is a Hydration Multiplier? We Put Liquid I.V.'s Drink Mixes to the Test

Poppi's drinks are exactly what I'm looking for in a soda. Though I think they may be an acquired taste for certain people, I loved every flavor out of the gate—and even more, I loved how I felt after drinking them. It was great to drink something crisp, delicious and not too sweet, and not feel bogged down and lethargic after drinking them like I do after having a standard sugary soda. In fact, they made me feel downright healthy.

For me, the biggest downside is the $2.49 to $2.99 price tag per can. While I'm willing to pay more for the occasional specialty soda, this is something I want to drink all the time—which could get pricey, fast. Since your mileage may vary, I think it's worth trying one of their variety packs and seeing how you like it. 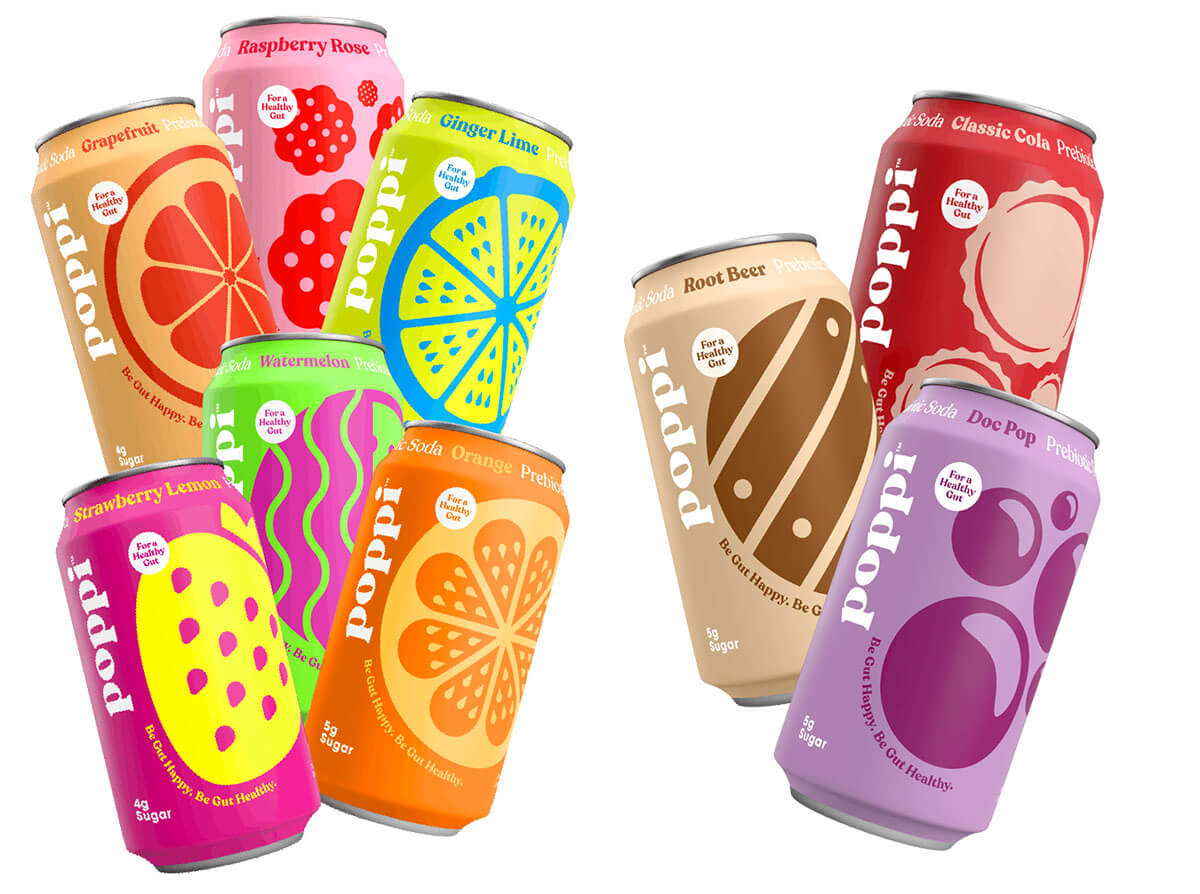