If there's one thing I've missed about Los Angeles since moving away a little over a year ago, it's the access to a variety of unique and delicious foods from all over the world.

One of the iconic spots I miss most is Porto's Bakery, with delicious recipes inspired by founder Rosa Porto's Cuban roots. Lucky for me, they also have Porto's Bake at Home, a service that ships their world-famous pastries nationwide in unbaked, frozen form so that you get them fresh from the oven in the comfort of your own home. They offer both savory treats like potato balls, croquettes and empanadas as well as desserts, such as strudels, pies and cookies.

The newest (but also most classic) item on the menu in Rosa's Guava Pie. The brand sent me one to try for myself for its launch, and here's why it's so special—and so tasty.

Porto's fans are probably familiar with the bakery's Pastel de Guayaba (guava strudels) and Refugiado (guava and cheese strudels), but when Rosa Porto opened up the first Porto's Bakery location in Echo Park, California back in 1976, Rosa's Guava Pie was king on the menu. This traditional Cuban delicacy was replaced in the '90s by the individual guava strudels, and now, more than 30 years later, it'll be back for the very first time via Porto's Bake at Home. It's available starting today, April 6, for $19.99. 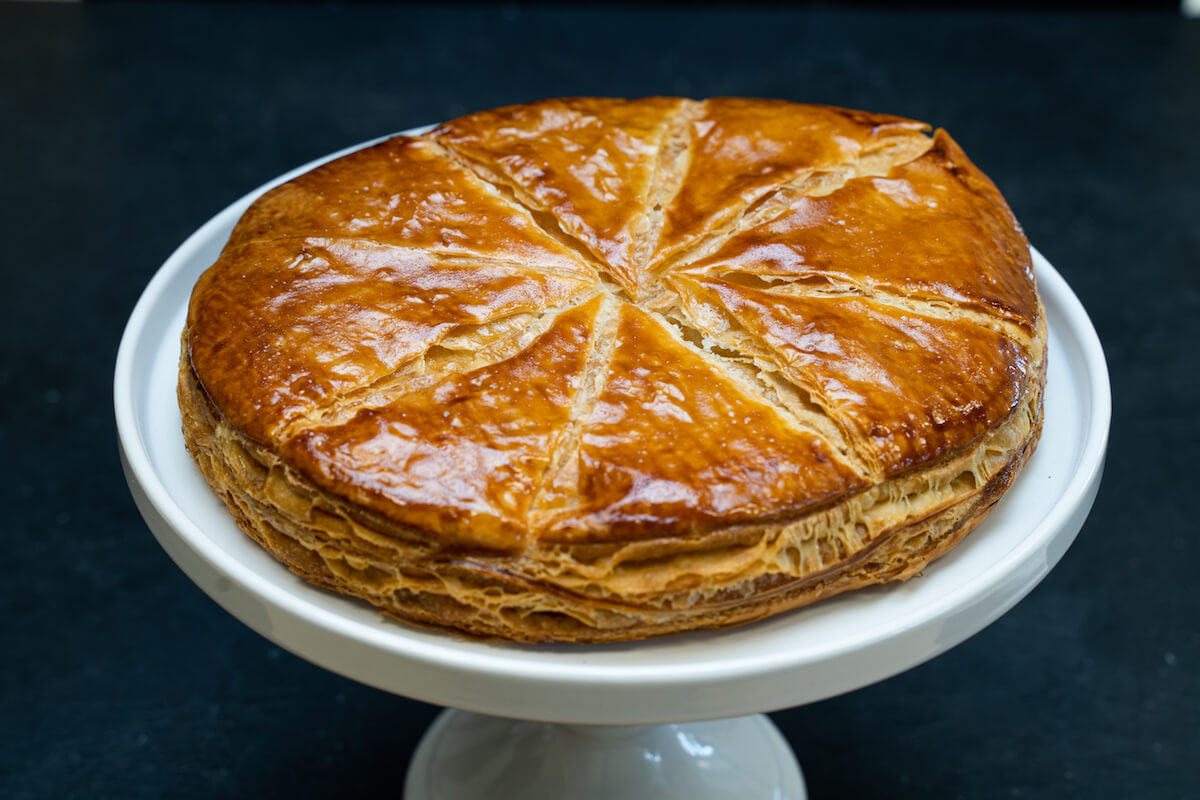 (via Porto's Bake at Home)

The pie arrived at my house packed in dry ice and contained detailed baking instructions, as well as parchment paper to bake the pie on, so that pretty much every aspect of the pie was covered. I was a little bit surprised to find that the box itself was only about an inch tall, which gave me expectations of a small pie, but I was in for a big surprise.

I was happy to find that baking the unbaked, frozen pie was ridiculously simple. I just had to place the pie on a parchment paper-lined baking sheet and shove it in the oven, pre-heated at 375° F,  for about an hour. I wound up taking it out a little early because the top was getting a bit browned, discovering that the pie had nearly doubled in height in the oven, and then let it cool for about half an hour before the family dug in. I have to say we were all obsessed. 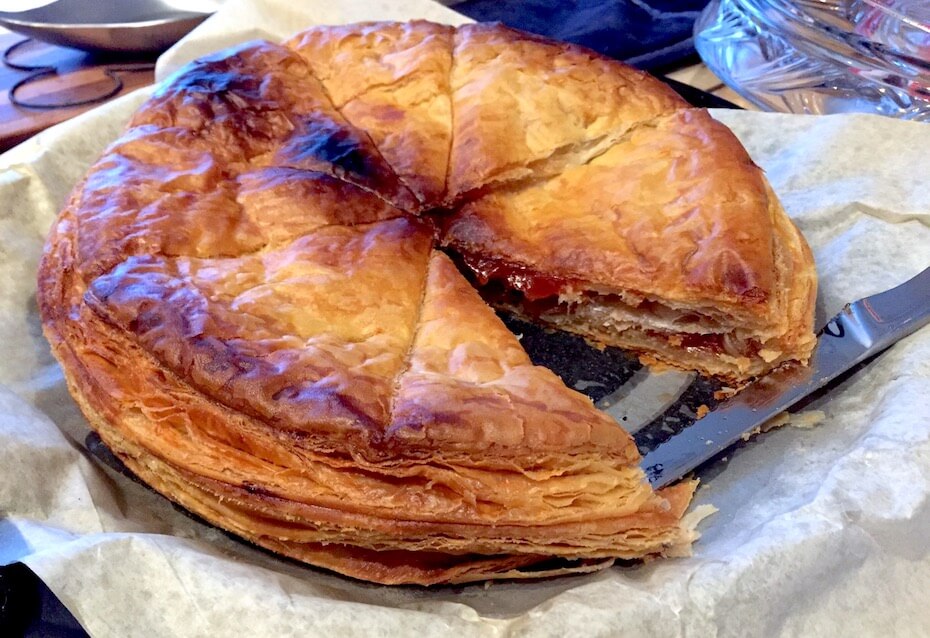 The flaky, buttery European-style pastry was light but satisfying, and Rosa Porto's guava jam recipe was its perfect complement of sweetness as well as tart complexity. It was as good as, if not better than, homemade, and these flavors went so well together that it was all too easy to wolf down. In fact, at the end of the first night, between the four of us, there were only two slices left. It's a good thing the pie also held up well. It was just as tasty—if not as hot and crisp—the following day.

In fact, it was so good that we immediately headed to the Porto's Bake at Home website and ordered a whole bunch more Porto's goodies to bake and enjoy at home in the near future. And I, for one, can't wait until they arrive.

If you like delicious baked goods, you can't go wrong with Porto's Bakery, and especially this classic Rosa's Guava Pie. At $19.99 for eight slices of pie, that's $2.50 each, which is totally reasonable for ridiculously fresh, bakery-quality, goods. If there's one catch, it's in the delivery itself. Their service is actually amazing, but at the moment, they seem to only deliver Wednesdays through Saturdays, and orders require at least two items. When my family put in their order for more tasty goodies, the total for refrigerated shipping came to $17.99. Now, that's not so bad if you're loading up on a hundred dollars worth of baked foods, but if you're just getting a couple of pies, that might be a deterrent. Whether it's worth it will be entirely up to you.

Don't want to start up the oven? Click HERE for some of our favorite delicious no-bake desserts.