Interested in Witchcraft and Wizardry? Here's Why You Need to Try Potion Explosion

This content is brought to you by Potion Explosion.

If your acceptance letter to a school of witchcraft and wizardry somehow got lost in the mail, playing the new Potion Explosion app is the next best thing.

Originally an innovative board game involving falling marbles, the mobile version of Potion Explosion takes all of the elements of the original and makes it even easier to play, both alone or with other players online. If you're not already a fan, here's why you need to check out the game.

In Potion Explosion, you play as a witch or wizard competing against your fellow students to create the best potions. 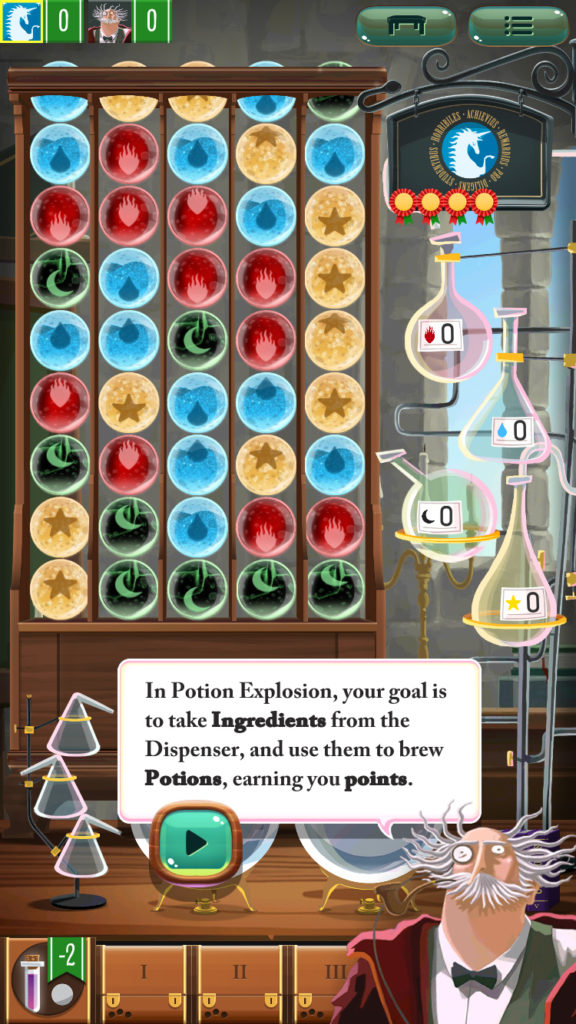 Doing so involves combining four different colorful ingredients in various combinations to create one of the eight magical elixirs. In addition to scoring points for each potion created, drinking the resulting potions also gives you special powers to boost your skills or sabotage your opponent.

The main element of gameplay is evaluating the ingredients, which stand side-by-side in five columns on the game board, and picking one ingredient each turn. Not only does this ingredient get added to your own repository of stuff to make potions, but pulling that ball out of the columns might result in a chain reaction, as matching two or more of one color vertically will allow you to stockpile the ingredients that are set off. 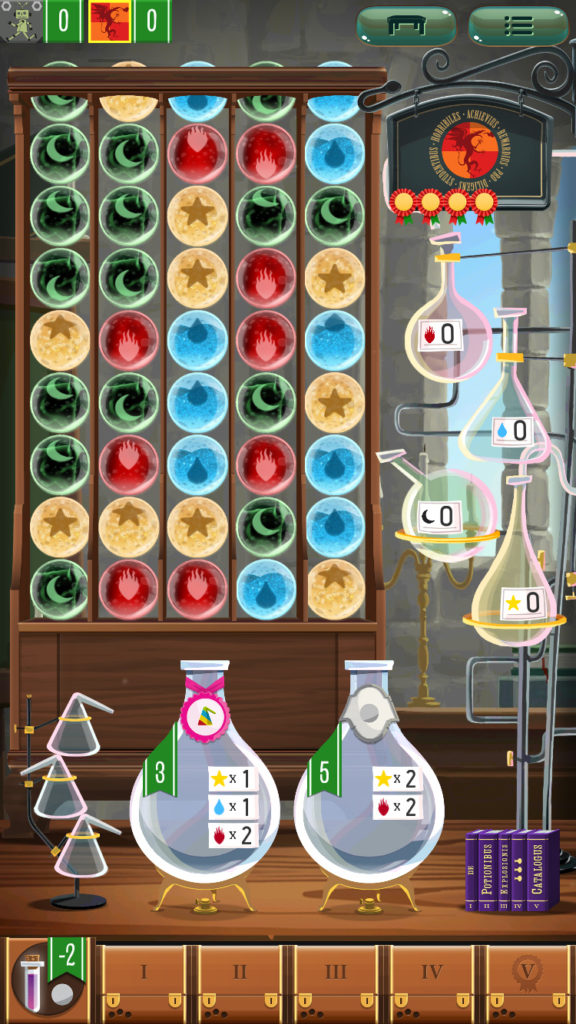 But it's not about hoarding the most ingredients. You'll want to be strategic about what you take, because you're looking for specific ingredients to make certain potions. You have four main beakers (one for each color) to store ingredients during the turn. You're always concocting two potions at a time, each with its own unique composition of ingredients. You also have three mini beakers specifically for storing individual ingredients you want to keep, as you'll lose your ingredients in the other beakers at the end of the turn. 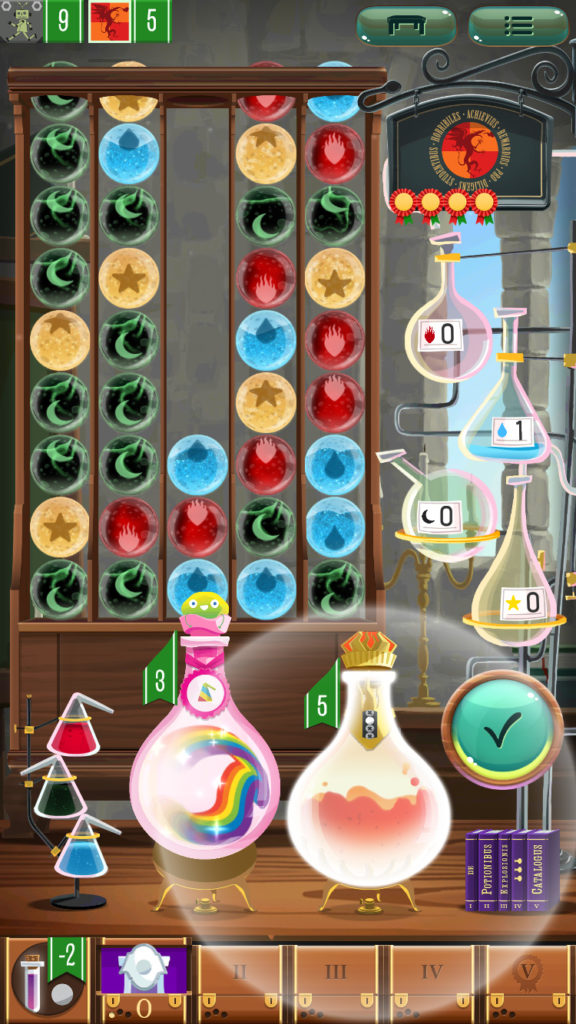 The thing that makes Potion Explosion quite different from other matching games is the potions themselves. Each of the eight has a unique effect, from allowing players to discard ingredients to placing ingredients of any color into potions and stealing ingredients from your opponent's pool. As long as it's your turn, you can use any potions you have, which can quickly turn the tide of a close game. 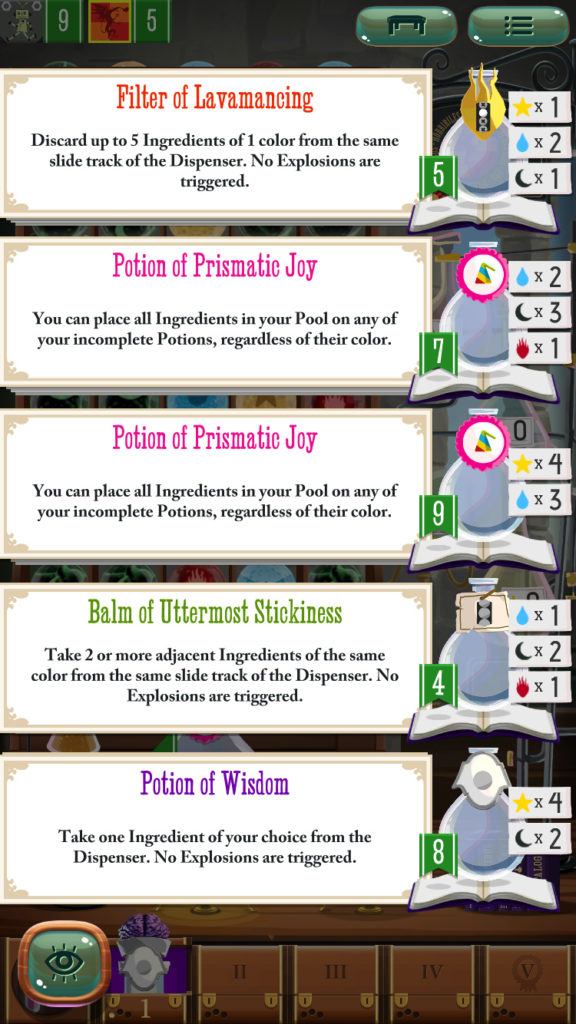 And unlike the board game, you don't need to set up every time or have a friend with you to play. There are both online and offline modes. In the offline mode, you play against a computer. Even in the easy mode, it'll keep you on your toes as a beginner!

In the online mode, you can play with friends. This takes a bit longer, as you have to wait for your opponent to respond to continue the game. When they make their move, you'll be alerted via a push notification. Of course, you can always play the offline mode while you wait. 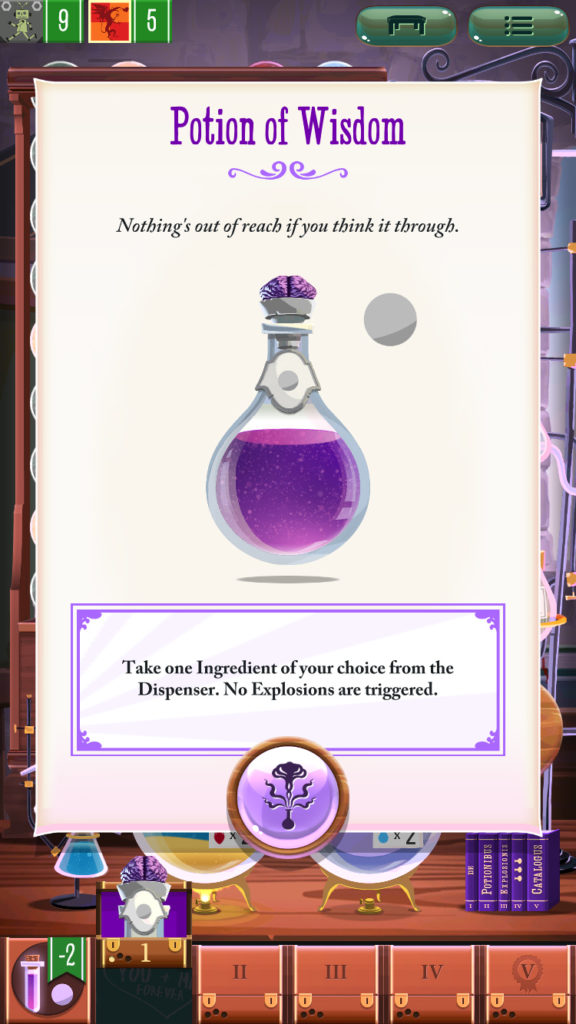 While it might take a moment to get really good at the game, mastering it is extremely satisfying. It's the kind of game where failure makes you want to come back and do better, and that's what keeps us coming to the game time and time again.

If you'd love to have the game on your phone (which we know you do!), you can find the links to buy it on your mobile device for $4.99 HERE.