Pretty Little Liars may be long over, but the drama will continue to live on in our hearts and minds.

The final season, in particular, was a doozy, between Spencer's family sitch, Emily's gossipy student, Aria's groom-to-be and Hanna's literal cage, the secrets just kept coming out of the (Rose)wood work. We, too, have a secret—but we're not going to keep it. 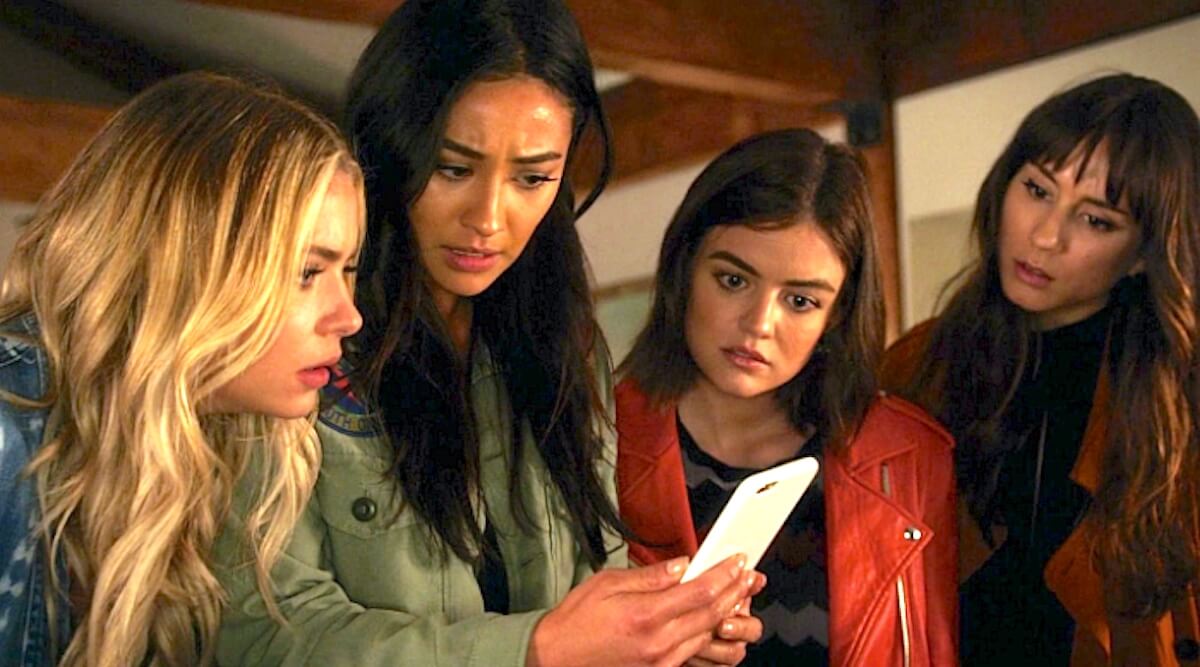 We read the stars and have concluded which PLL character you are based on your zodiac sign. Scroll below to find out which little liar you most closely reflect:

Just like Spencer, you're a fire sign who is determined to be No. 1, whether that means excelling in academics or being the favorite child. While your organizational skills are top-notch, you sometimes struggle with impulse control—like when Spencer joined the A Team. Sometimes your fierce loyalty towards friends may seem a tad possessive or aggressive, but underneath it, all your friends know that you truly care. And at the end of the day, you're just trying to be the best that you can be (and better than everyone else). 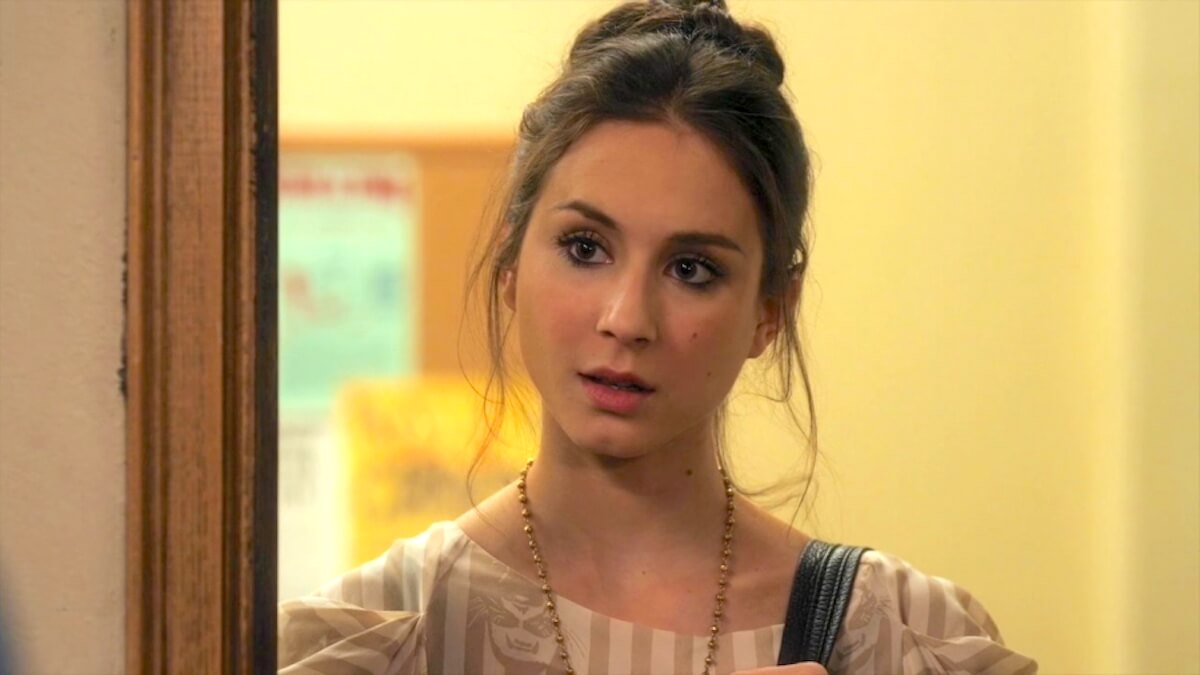 Also read about: The Sanrio Character You Are, Based on Your Zodiac Sign

We see two opposite sides of Paige: On one hand, she shows an extremely competitive nature in regards to swimming, and on the other hand, she's protective and grounded in her relationship with Emily. Just like Paige, you are a determined person who gets the job done. But also like Paige, you can be careful and patient when it comes to assessing situations. At times this carefulness can lead you to becoming too cautious and keeping you in your comfort zone, like when Paige refuses to tell her family about Emily. But all in all, you're a reliable and devoted friend with just a hint of stubbornness. 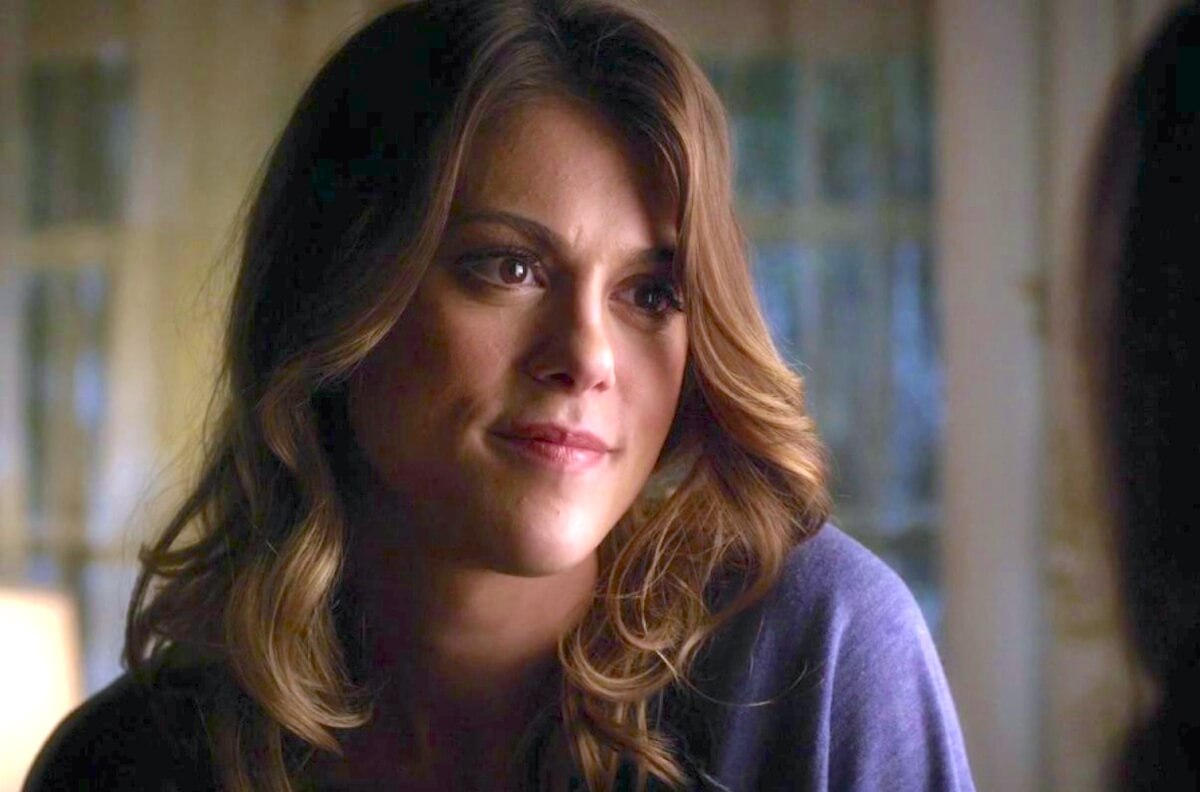 Gemini, being the "twin sign" can go to one person and one person only: Charlotte DiLaurentis, aka CeCe Drake. Okay, so kind of like two people. You and Charlotte are both very social people, which is because Gemini is the ruler of communication. You're versatile and collaborative individuals with an emphasis on wit and cleverness. While you may put your Gemini ingenuity to positive use, we're more used to seeing Charlotte's two-faced behavior result in fatal flaws. When it comes to a Gemini, you can never be sure which side of their personality you might get. Though one thing is for certain, their roller coaster lifestyle will take you for quite the ride. 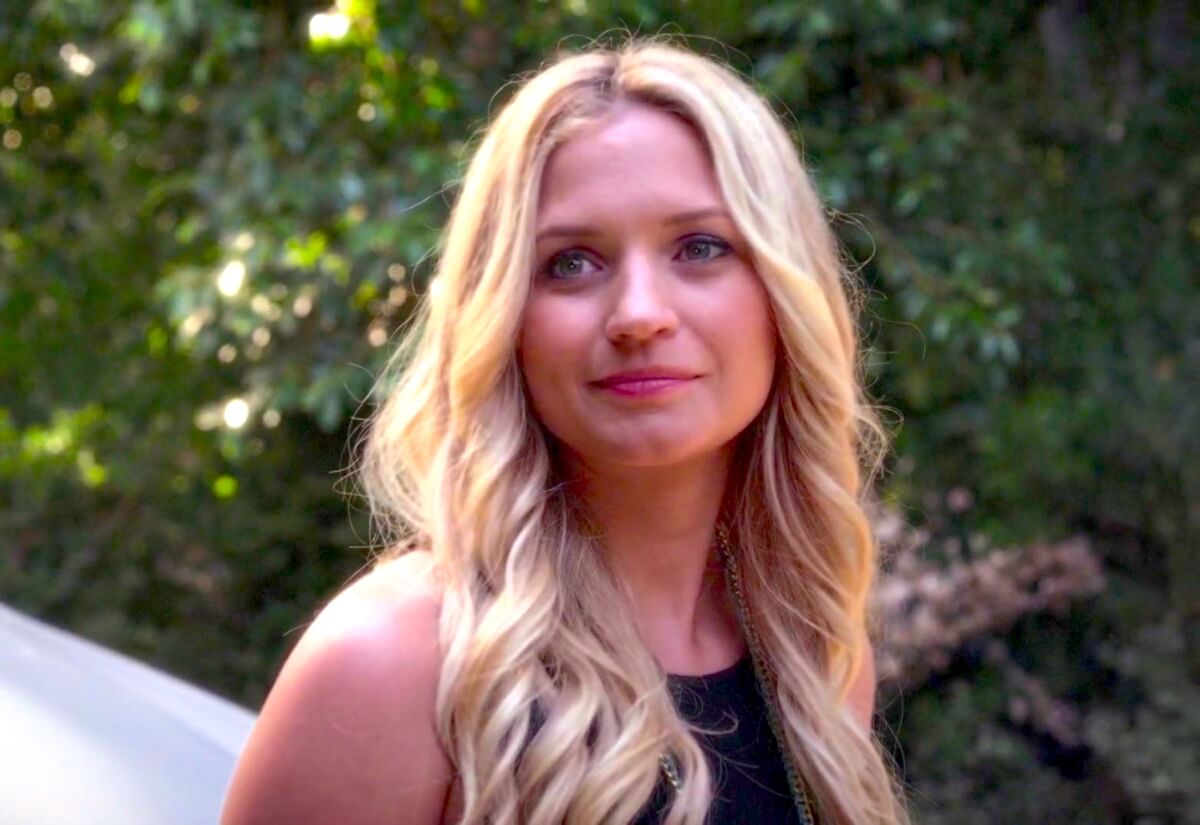 Aria is the most artistic and creative companion of the Liars as likely you are amid your friend group. It's no wonder that her family situation shakes her up so much because family and security mean a lot to Cancers. While you both tend to have a tough outer shell, there's no denying the vulnerable soul within. Because of your internal sensitivity, you're scared of change and at times tend to isolate yourself. It's no secret that you're a total romantic and may be prone to following your intuition rather than logic. But don't sweat it, at the end of the day you're a creator whether that means forming deep roots with friends and family or becoming a published author. 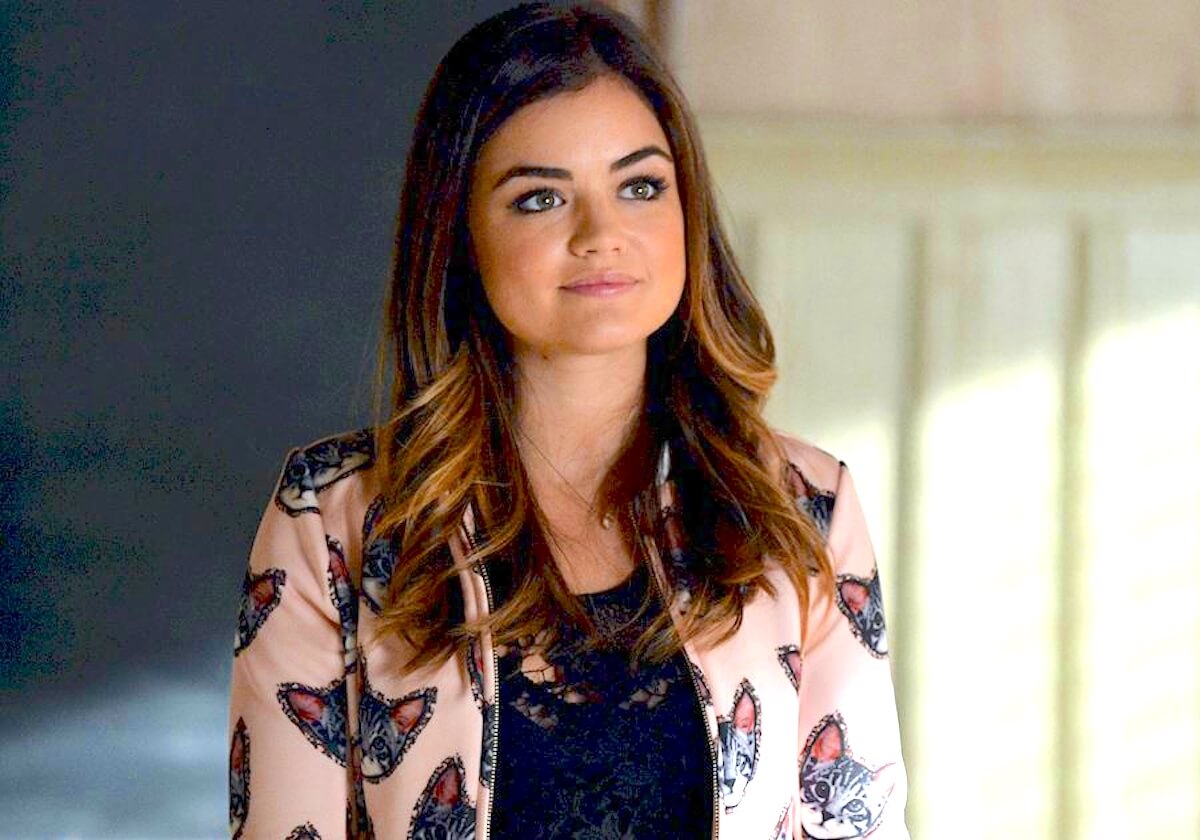 Also read about: Your Zodiac Sign Reveals Which Member of Encanto's Magical Madrigal Family You Are

Hanna's birthday may be in March but this character is a Leo through and through. You and Hanna both possess an extremely expressive personality which can be entertaining to those around you but also means you wear your emotions on your sleeve. You are a kind and loyal friend—in fact, you can be fiercely protective over your loved ones. While your courageous attributes make you shine, you also walk the line of arrogance and greed at times. Hanna did become the Queen B after Ali's disappearance, after all, and all of that attention can cause a Leo to get a little vain and, dare we say, cold-hearted. We can't forget the way she treated Mona after becoming popular. That said, you are one of the boldest signs of the Zodiac, and there's nothing wrong with a little confidence! 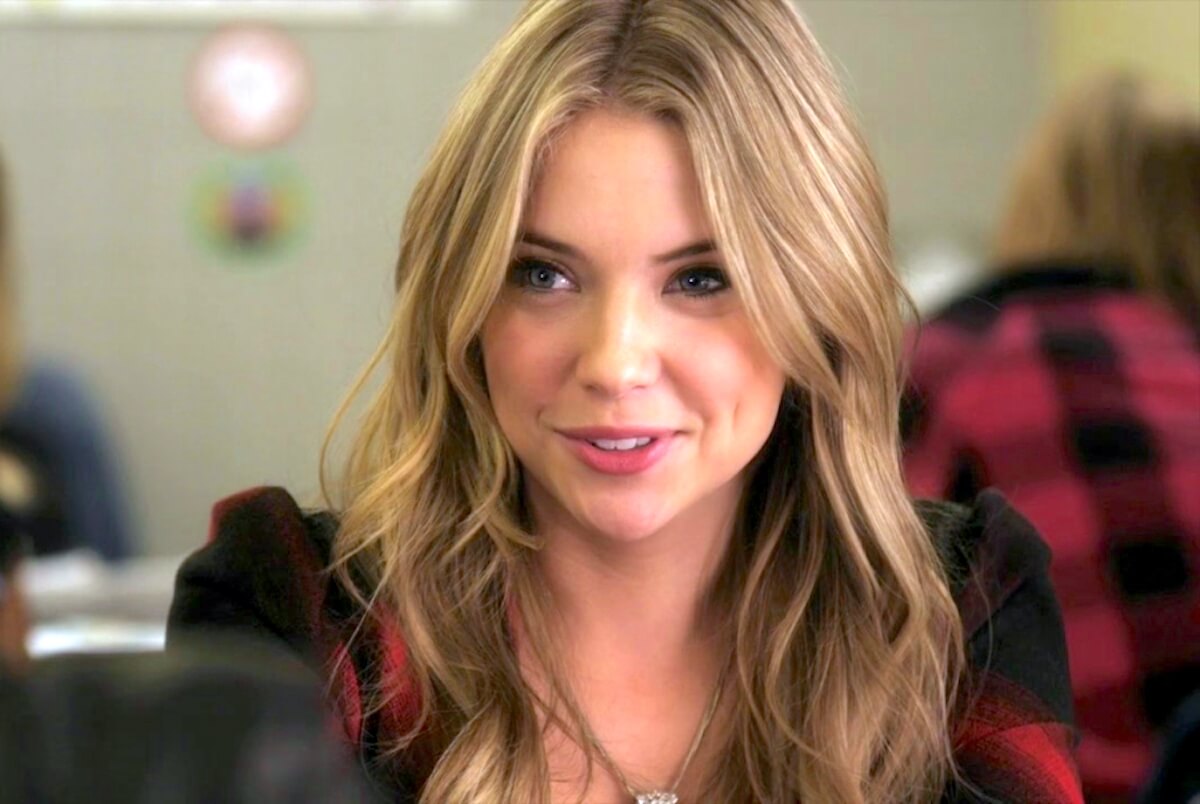 Toby may have gotten a rough start in our introduction to Rosewood but he turned out to be a total Virgo in all the best ways. He's incredibly hard-working, helpful and dedicated, though at times this nature can be a tad self-destructive. Unlike many of the other signs, neither you nor Toby feel the need to shine in the limelight, which makes you a super supportive friend. You may be a little shy at the start but when people get to know you and Toby, they find that there's a caring soul under that misunderstood facade. 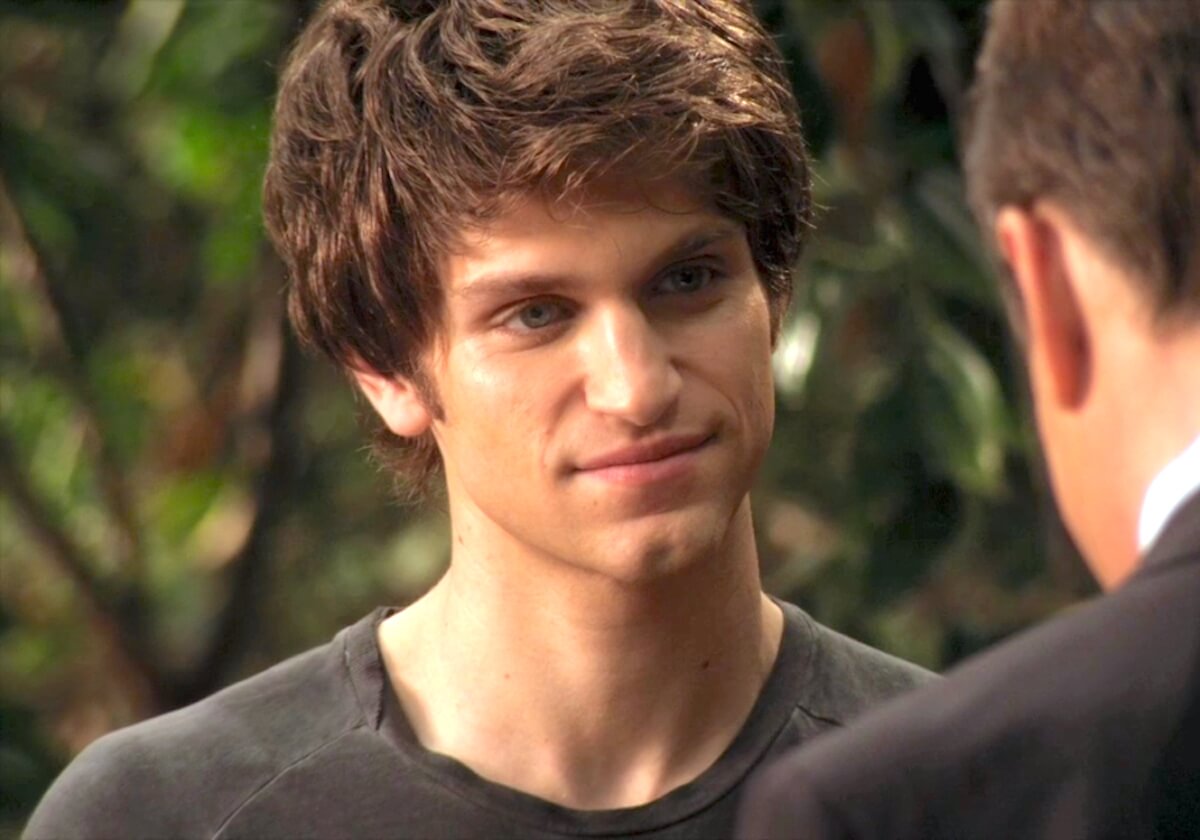 Libra is all about creating balance and equilibrium—which may explain Mona's incessant need to punish her bullies. Sure, Mona turned out to be the OG A, but before dabbling with evil, she was a lovable friend. You may not go to as extreme lengths as this character when it comes to promoting fairness, but as a fellow Libra, you may understand her motives. In addition to balance, you're also incredibly charming and sincere. Sure, you and Mona may both exhibit signs of manipulative behavior from time to time, but no one can deny your innate attention to beauty and style. 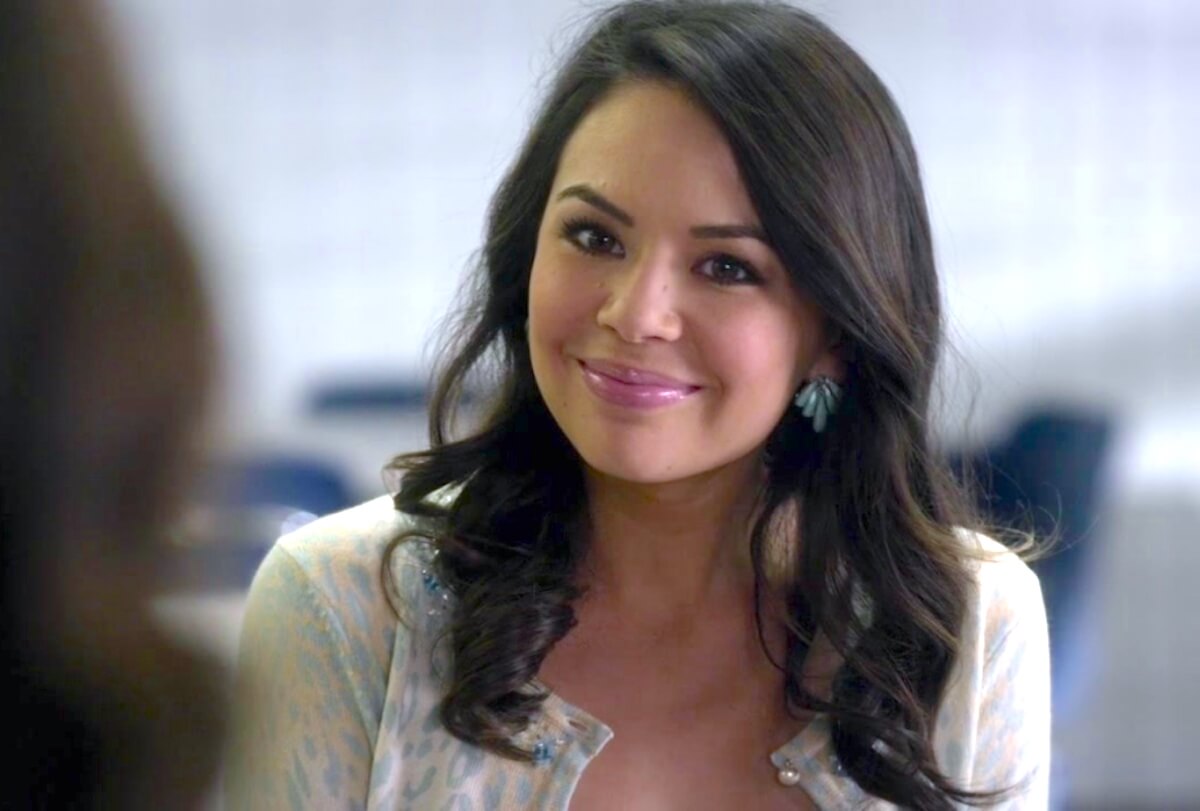 While Emily's birthday is known to be Nov. 19th, we've gotta say that the real Scorpio among the Liars is Ali. Scorpio is the sign of life, death and resurrection, which means it has the ability to continually reinvent itself. Sounding familiar? But just because we know Alison's not-so-pretty past, remember that Scorpio is one of the most misunderstood and mysterious signs of the Zodiac. Yes, she has a knack for calculated and manipulative schemes, but this little liar is also loyal, passionate and brave just like you. While secrets don't always make friends, they often lead us to places we aren't usually brave enough to face on our own. After all, if it wasn't for Ali, our four favorite girls wouldn't have the strong bond they do today. 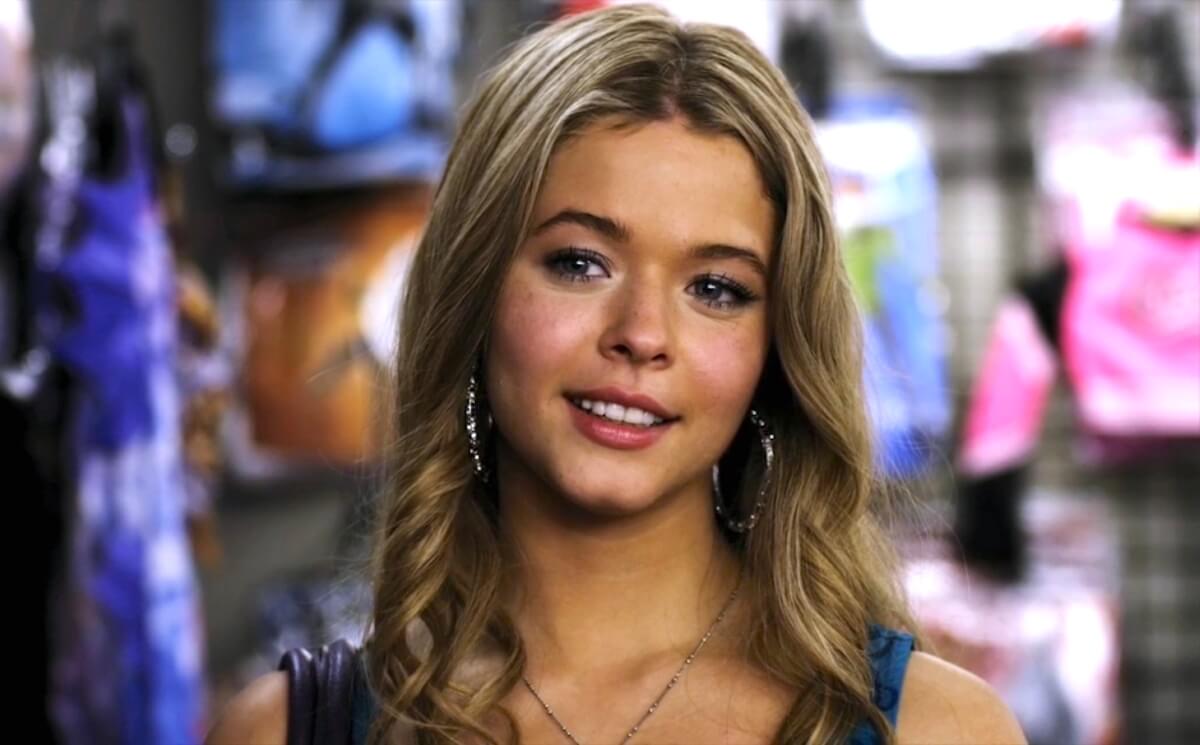 Also read about: Here's the Classic Rom-Com You Should Watch, Based on Your Zodiac Sign

Being that Ezra was an English teacher, it's only suiting that he would align with the Sagittarius sign as these individuals are known for their hunger for knowledge. Just like Ezra, you're always up for an intellectual conversation because of your desire to learn and grow. You can also be a risk-taker—we all know that Ezra took an enormous risk on Aria—and are prone to taking leaps of faith. Many of you may have caught the travel bug as Sagittarius also has a nature for wanderlust. While you and Ezra are optimistic and dedicated people, your thirst for adventure can lead you to be reckless and, dare we say, flaky. 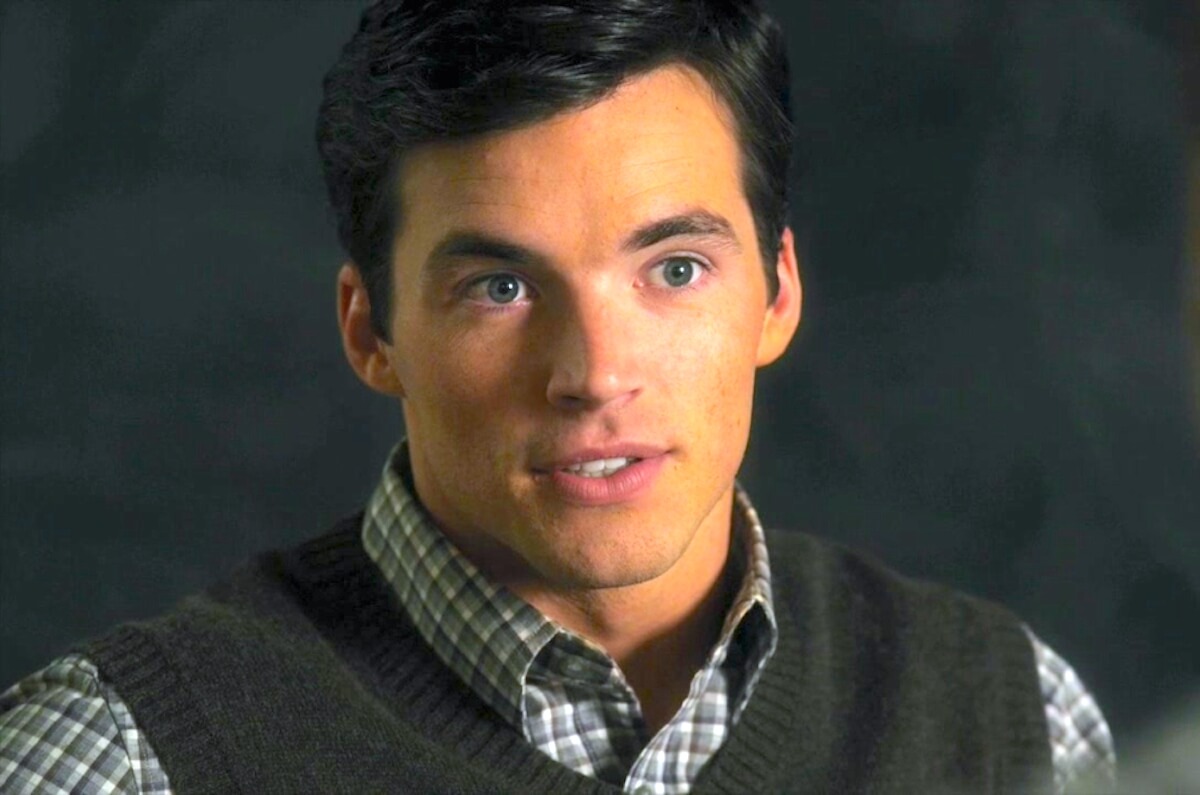 Resilient, willful, determined—are we beginning to see how much of a total Capricorn Jenna Marshall is? Just like Jenna, you're a completely goal-oriented individual. Once you both set your minds on something, you won't stop until it's reached. After "The Jenna Thing," her Capricorn ways made it difficult for her to forgive and forget—which, by the way, is pretty understandable. But putting the bad blood aside, you and Jenna both share a hard-working attitude that epitomizes the phrase, "slow and steady wins the race." As traditionalists, you aren't interested in using the Waze app of life—you'd rather take the simplest path even if that means it takes a bit longer. 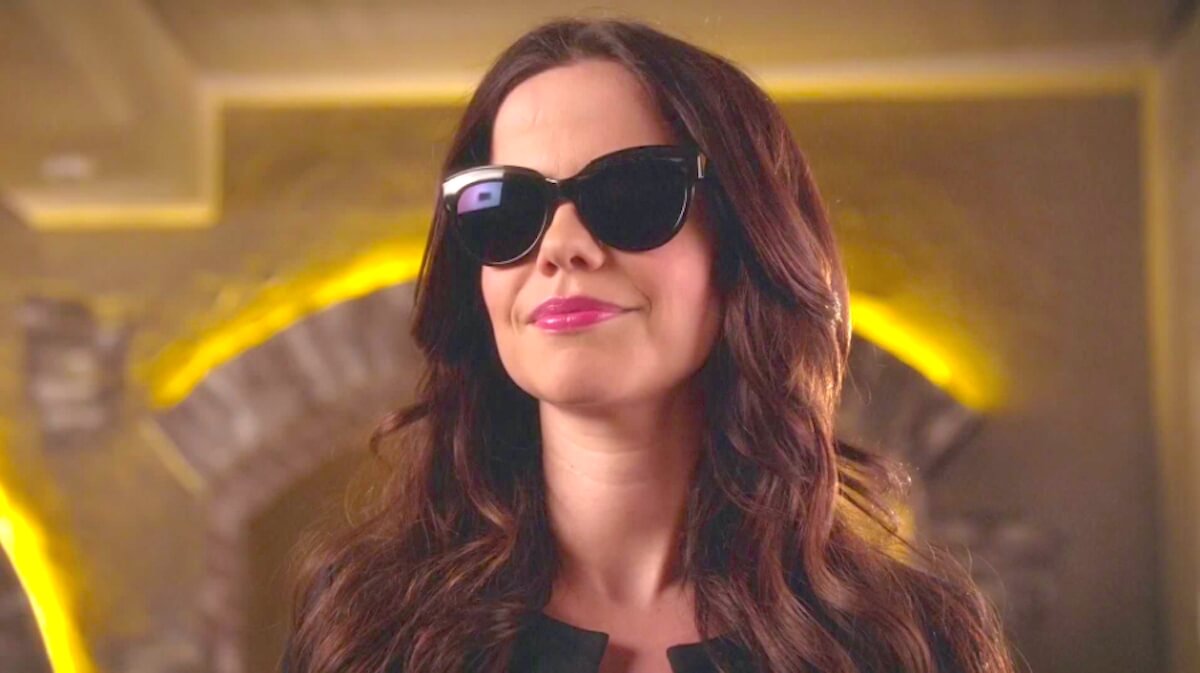 Congratulations, Aquarius, because you're the most innovative sign of the Zodiac. Like Caleb, you have an experimental nature that keeps you open-minded while also making you interested in adventurous hobbies, whether that's coding and technology (we'll never forget Caleb's hacking days) or extraterrestrial sightings. Sure, people may raise an eyebrow at your ideas at times, but that just means you're before your time. While Aquarius is also known for connecting and bringing people together, they can have a reverse effect by becoming detached and guarded. 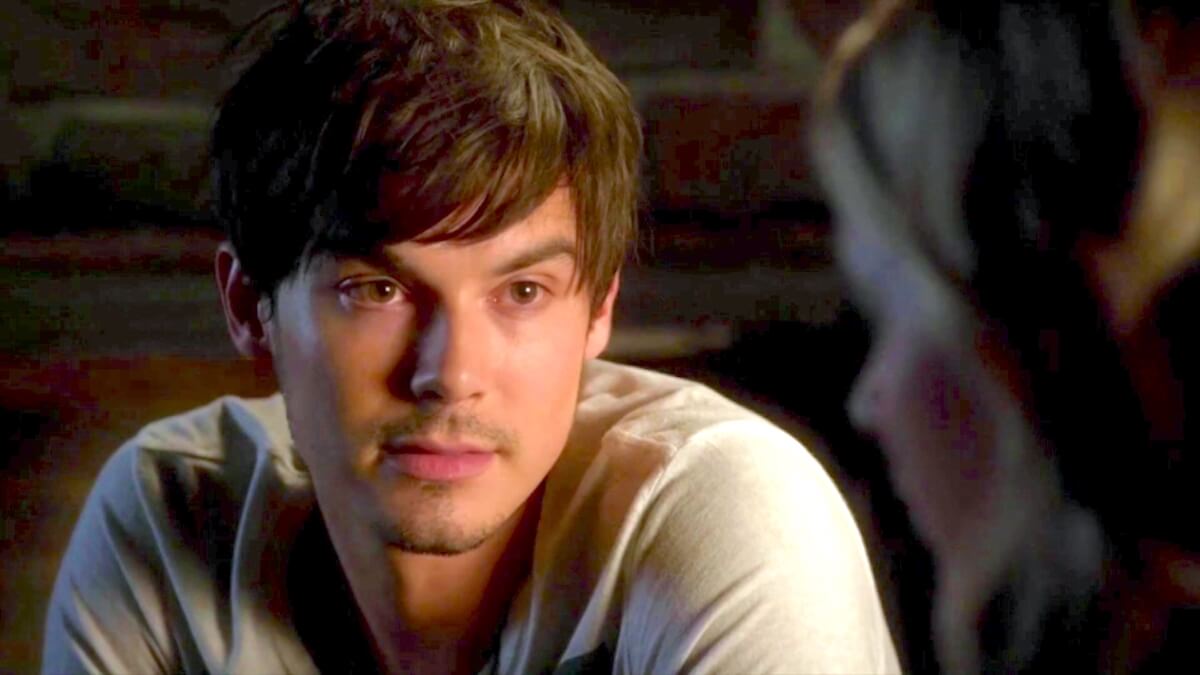 Also read about: Here's the French Fry You Are, Based on Your Zodiac Sign

Emily, like you, has an extremely empathetic personality. Being a Pisces means that you're able to absorb the emotions of the people around you and often reflect them back. Okay, it's just a coincidence that the Pisces sign is a fish and the element is water, but we can't ignore these obvious parallels to Emily's skill for swimming. Maybe her natural talent for the water mimics the element's tranquility because Pisces is also known for being gentle and wise. If there's one thing that this sign needs to watch out for, it's your overly-trusting nature which at times can walk the line of gullibility. 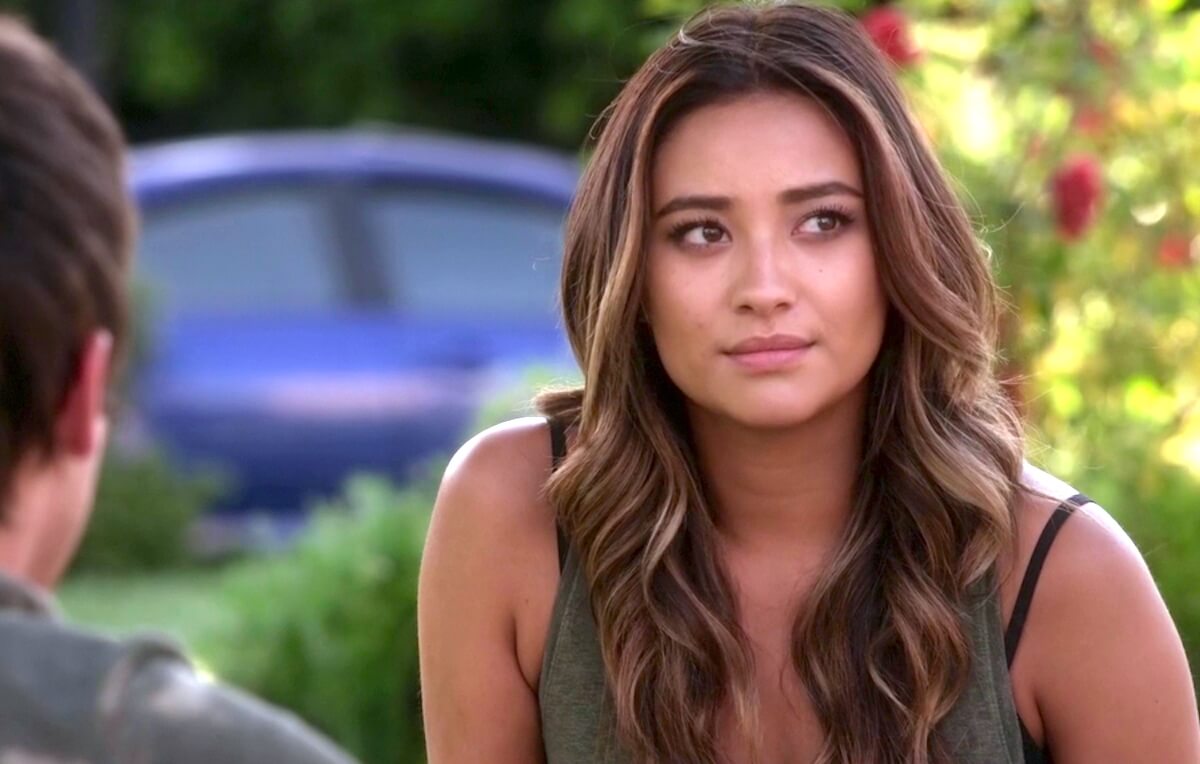 Love learning about the signs? Click HERE to find out which good luck charm would be perfect for you, based on your zodiac sign.