Cassandra Lin is the 15-year-old founder of Project T.G.I.F. (short for Turn Grease Into Fuel), which takes waste cooking oil from restaurants and turns it into clean-burning fuel for homes in need! 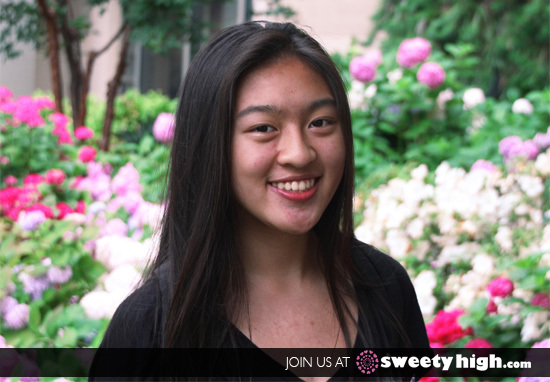 We chatted with Cassandra about her idea to revolutionize the way we think about energy.

Cassandra came up with the idea when she was just 10.

"I got together with a group of friends who wanted to do something to help the environment and the community as a team," she said.

Cassandra and her team researched the problems facing her community, and looked for straightforward solutions to those problems.

"We found out that a lot of local families couldn't afford to heat their homes, and that local charities were running out of funds," she said.

The solution they came up with was brilliant. They learned that used cooking oil and grease could be converted into biodiesel fuel to safely and cleanly power diesel engines.

Turning used grease into fuel is a simple enough process that many families do it in their garages.

"We did it ourselves for experiments," Cassandra explained.

The process involves combining the old cooking oil with methanol and lye, heating it, and filtering out excess waste. At the end of the process, Cassandra's team is left with the biodiesel and a gel called glycerol.

"It's an easy process," Cassandra said. "But we do it on a large scale, so we don't convert it all by ourselves. We have a contractor."

Project T.G.I.F. collects its used cooking oil from 132 participating restaurants, as well as receptacles all across the state where individuals can deposit their used grease and oil.

This oil gets converted into biodiesel, which helps 210 local families heat their homes.

"It's a really amazing feeling," Cassandra said. "When you're in 5th grade, you never think what you do will be able to have this big of an impact. It's cool accomplishing so much, and being congratulated for great work."

Though Project T.G.I.F. has always been a coed operation, Cassandra said she has always thought there was a girl power element to it.

Cassandra has traveled to South Korea and Sweden to spread the word about Project T.G.I.F., and even participated in a United Nations summit in Indonesia.

"We've really gotten to travel a lot for the project," she said.

They also do presentations both locally and out of state at elementary schools.

Cassandra's older brother is the assistant coach for Project T.G.I.F.

Asked about her inspirations, Cassandra brought it right back to Project T.G.I.F.

Do you have a revolutionary idea of your own? Share it with us at Sweety High to get feedback from other tween and teen girls!