With prom season approaching, I'm sure many of you have began imagining the perfect dress that will be the cherry on top of an equally perfect evening. But there's one major flaw in that picture.

Looking good may often go hand-in-hand with feeling good, but when it comes to prom, the perfect dress is far from the highlight of your night. 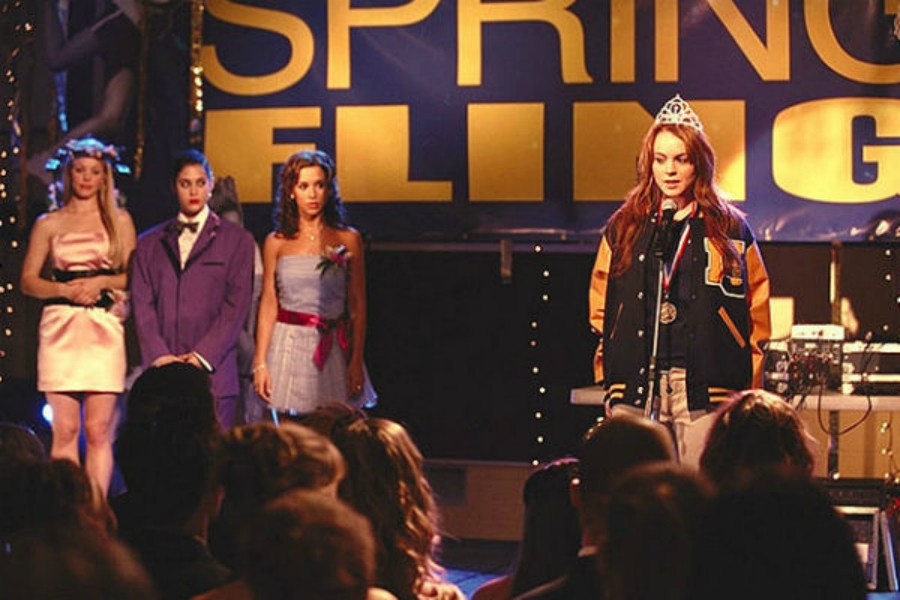 Take some advice from me as I paint you a picture of my prom night, full of fun, laughter, friends and a relatively regrettable gown:

My senior year of high school was coming to a close which meant the best night of my life was approaching. I'd dreamt of senior prom my entire life. Glamorous decorations, gowns, updos, limos—what wasn't there to eagerly anticipate? Of course, my entire image of prom was based on teen movies, which probably had a much larger budget for decor than the average student council. Regardless, I knew this was going to be a night to remember.

I was convinced that I had to look absolutely flawless for this event because it was going to be the biggest night of my young life. After getting more than frustrated with browsing through racks at local department stores, my mom decided that my desired dress required a little road trip. Off to Santa Barbara, California, we drove to window shop along the famous State Street. While this excursion was a more lavish shopping experience than I was used to, SB was still only about an hour away from home so, you know, it's not like I flew to Paris or anything!

Still, this was shaping up to be the most exciting shopping day of my life. Once we arrived to State St. we immediately grabbed two large coffees—for obvious reasons—and then took to the shops. I didn't exactly know what I wanted my dress to look like, but I was finding a slew of dresses I knew I didn't want, which wasn't totally helpful for our gown hunt.

The theme of my prom was 1920s New York City. I decided to start there. What instantly came to mind was a straight, shapeless dress, flapper fringe, feathers and fur. Being a complete sucker for themes, this look was something I was starting to get behind. I mean, why else have a themed dance if you aren't going to dress the part? 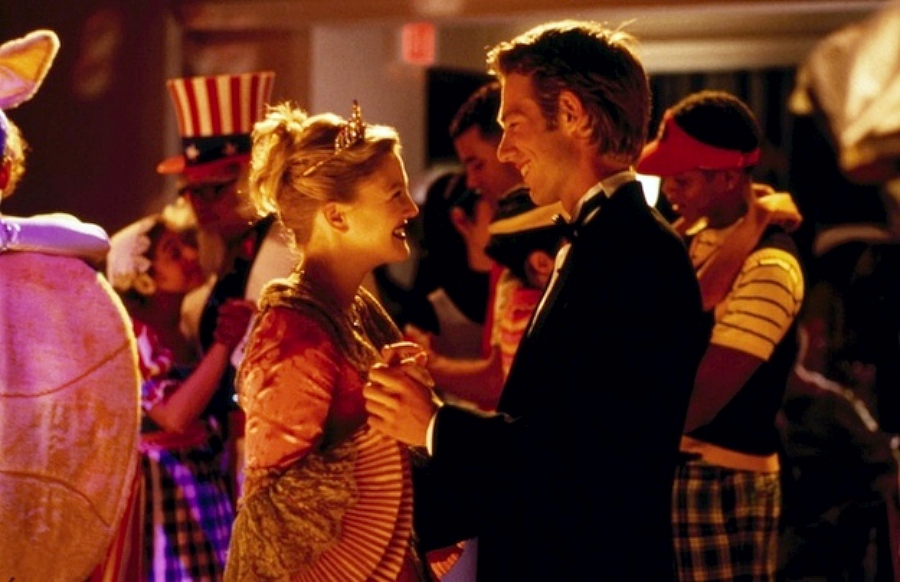 Eventually our window shopping brought us to a Betsey Johnson boutique. If you aren't familiar with this designer's look, imagine bright bold colors that combine the styles of punk rock and flower child. Yep, her look definitely makes a statement.

Looking through the selection, I found a beautiful blue and silky spaghetti-strap dress with an embellishment at the bottom of the skirt that gave me definitely flapper vibes. One look at the price tag and I was ready to put it back on the rack when my mom urged me to try it on. Hesitantly, I pulled the dress on to find that it matched all of my retro criteria with a modern shine. A few minutes later, I had the most expensive article of clothing I've ever owned wrapped up in a tiny hot pink shopping bag. Did that really just happen?

To finish off my look, I made my own hair piece out of felt and feathers and found a multi-string necklace that glimmered with fake jewels and pearls. I was the epitome of 1920s New York meets Modern SoCal girl. And then I showed up for pictures… 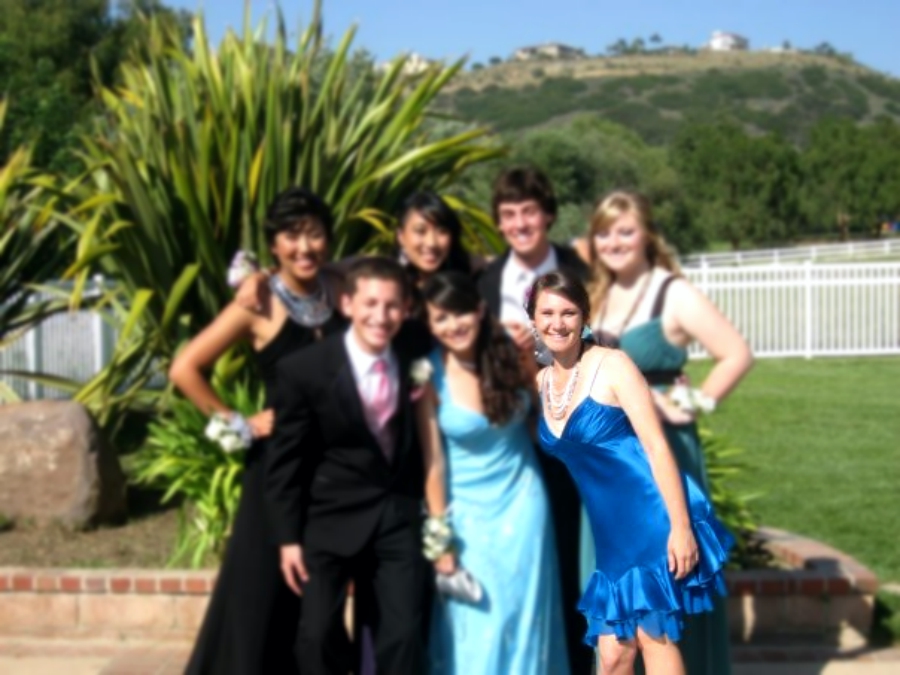 Not a single one of my friends dressed to impress in our prom theme. Most of them wore floor length gowns with elegant beading, while others took a chance on more daring, yet prom-appropriate princess dresses. I felt completely out of place, and, to be honest, was really beginning to question my look.

After snapping photos for what seemed like forever, we all piled into party buses to officially begin our prom adventure. Once we pulled onto the road and waved our final goodbyes to our parents who were still trailing the buses with flash photography, I began to settle into my look. It was almost as though our outfits no longer mattered—the only thing that was important from that moment until the last dance was having a total blast with friends.

As we arrived to prom and slowly ebbed onto the dance floor, many of my friends noticed other people in their same gowns (one thing I could bet my allowance wouldn't happen to me), though the moment of caring about it was fleeting. Everyone looked amazing, whether their look was your cup of tea or not, but more importantly, everyone was having a ball. 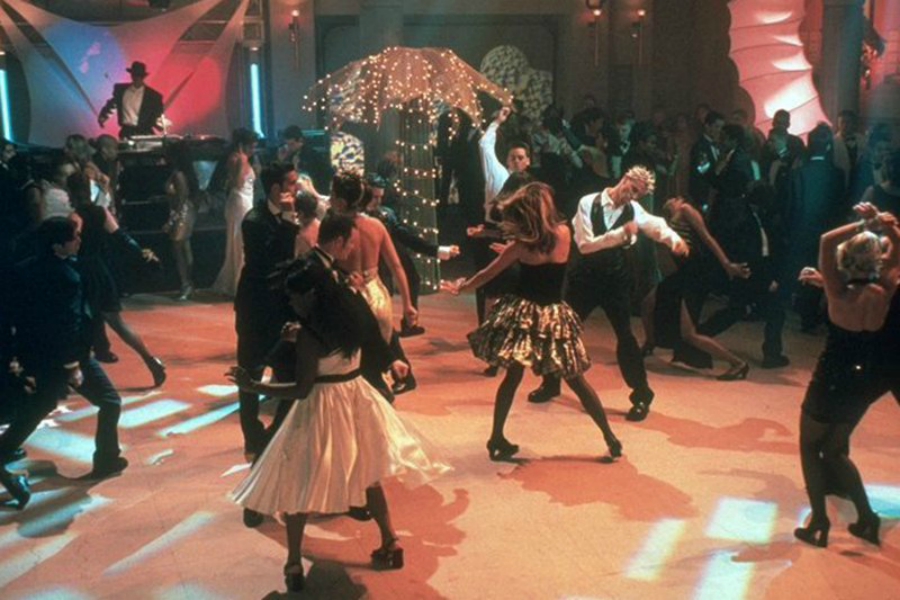 Less than halfway into the night, all of the girls had stashed their heels behind decorations (which, by the way, were nowhere near the standard of teen movies) and most of the updos had fallen down. A trend I was noticing among some of the most impressive dresses was they seemed really difficult to dance in. When it comes to prom night, you won't want something like a wardrobe malfunction keeping you from enjoying the biggest bash of your high school career. I was definitely glad that my dress didn't sideline me for the evening.

Any ounce of stress I felt about my '20s-inspired look was just like the theme: a thing of the past. Was the night as perfect as I had imagined all of those years? Far from it. But the memories I made with my friends greatly exceeded expectations.

A week later I marveled over the prints I took with a disposable camera. When I looked at my dress, I remembered not only the amazing night I had with friends, but also the adventure I went on with my mom to find the less-than-perfect dress.

To this day, I wouldn't trade the experience of my perfectly-themed imperfect prom look for something more conventional. If you're starting to feel the stress of looking like you've stepped out of a Vogue fashion shoot, my advice is to stop worrying ASAP. Your look may not last a lifetime, but your memories are sure to bring a smile to your face forever.

Even though it's likely prom isn't the first school dance you're attending, we could all benefit from revisiting the basic do's and don'ts of prepping for a formal dance HERE.