Ever since I can remember, I've always been fascinated by the paranormal.

I wholeheartedly believe that spirits roam this earth without a care in the world. After all, energy cannot be created or destroyed, so it has to go somewhere when you die.

Because of this curiosity about the spirit world, I've been known to visit haunted establishments whenever I get the chance. Of course, I'm no ghost hunter, so my experience basically consists of me aimlessly walking around hoping a ghost will befriend me (a la Casper). Sadly, I haven't made any ghoulish besties yet. 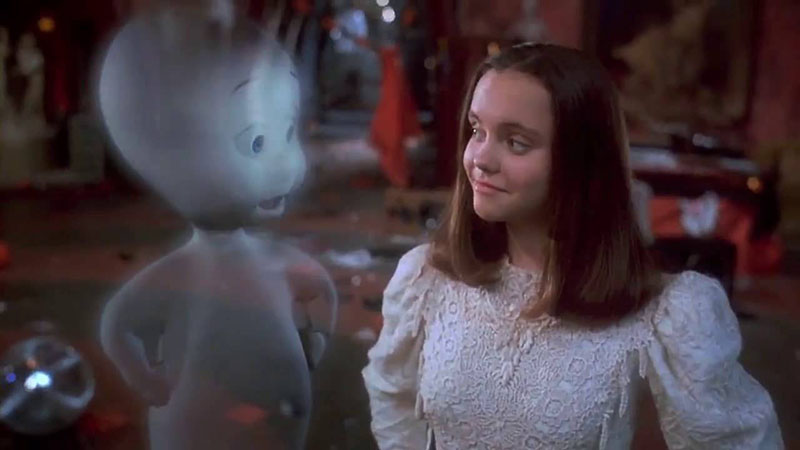 As a Long Beach native, one haunted attraction I've always wanted to explore was the Queen Mary.

A luxury cruise ship-turned-wartime machine, the Queen Mary has quite a history. There have been several reports of guests seeing ghosts or hearing strange noises while visiting the now-docked ship. 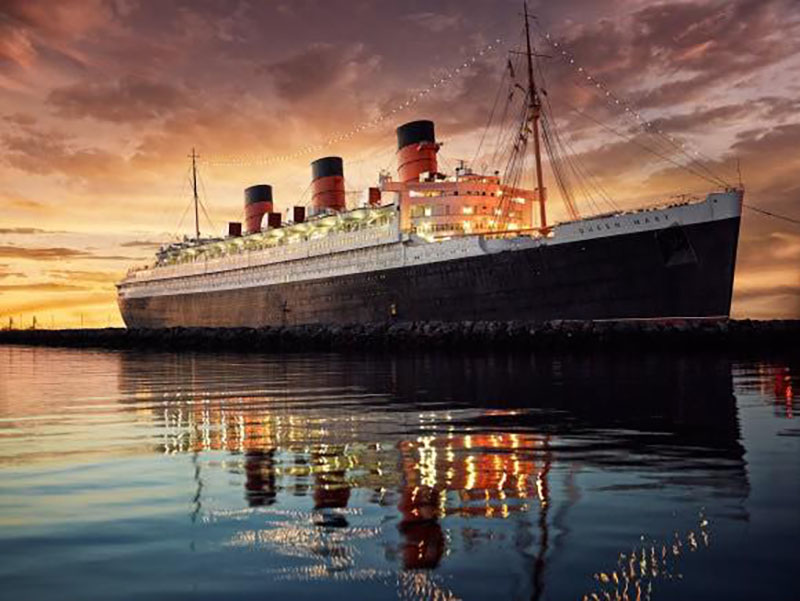 I figured now was as good a time as ever to finally do a little ghost hunting aboard the ship, so my friend Shawna and I signed up to attend their Paranormal Investigations tour this past Friday, Aug. 18.

Let me just start by saying this isn't your run-of-the-mill ghost-hunting excursion where you basically just visit a haunted establishment and hope you make contact with a ghost. Oh, no.

With the help of our paranormal investigator tour guide, Matthew Schulz, we learned just about everything there is to know about being an expert ghost-hunter.

Matt started the tour by telling us about the various tools he uses pick up ghost activities. 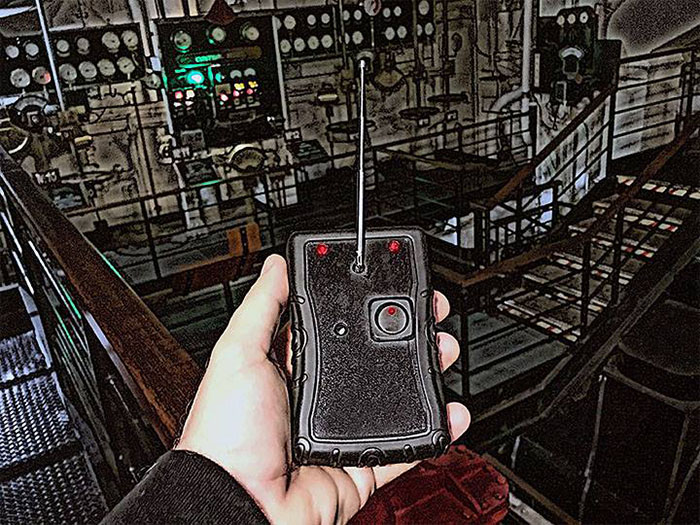 First, he told us about an EVP (electronic voice phenomenon) recorder. This nifty device picks up on possible spirit audio that cannot be heard to the naked ear. It's one of the most popular ways to gather evidence. Plus, you can even use your iPhone's Voice Memos to record, so there's no need to buy any sort of fancy equipment.

Next we learned about EMF (electro magnetic field) measuring tools. One is a digital EMF reader that measures activity in tenths of a point. The other is a trusty ol' compass. Both sense a disruption in the magnetic field, which generally signifies a spirit is around. You can even ask the spirit to move the compass to see if it wants to interact with you.

The final tool we learned about were dowsing rods. It's one of the oldest known ways to connect with ghosts. To use them, you steady the rods parallel to each other at about hip height and ask the spirits to move them in certain directions to make their presence known.

With all this knowledge, it was our turn to do some ghost-hunting. We were allowed to roam freely throughout the ship's boiler room to attempt and make contact with some poor unfortunate souls.

Shawna and I picked the dowsing rods as our tool, because I was too scared I would break or lose Matt's fancier equipment.

We were able to get various spirits to cross the rods a few times, but we also weren't too sure if we were, without knowing, moving the rods ourselves. Matt also noted that we weren't leaving enough time in between the questions we asked, so we may have been confusing the spirits… whoops! 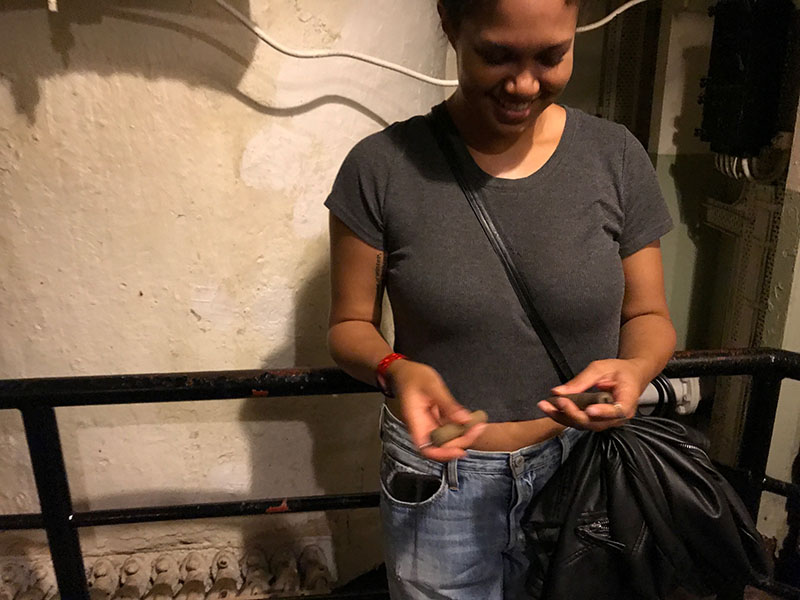 Once we all finished exploring on our own, we came together for a group EVP recording session in the engine room.

With our recorders ready, Matt guided us through the session allowing us all to ask the spirits questions. Unfortunately, there weren't any audible answers from the ghosts aboard. And when I listened to the recording the next day, I didn't notice anything either.

Next, we moved onto the propeller room. Matt noted that many attendees had panic attacks in this room and had to lie down or lean against the wall. Neither Shawna or I experienced this sensation, though I did have quite the urge to jump into the water below. That might've been because there was a plentiful amount of coins and even dollar bills on the propeller.

After our brief stay in the propeller room, we made our way to the nose of the ship where we participated in a spirit box demonstration. Essentially, a spirit box is used to contact ghosts through radio frequencies.

Again, Matt asked the ghosts who were aboard the ship to make themselves known and answer a handful of questions. I didn't hear anything out of the ordinary, but a few people in our group noticed a whispery voice coming from the far front of the room we were in. 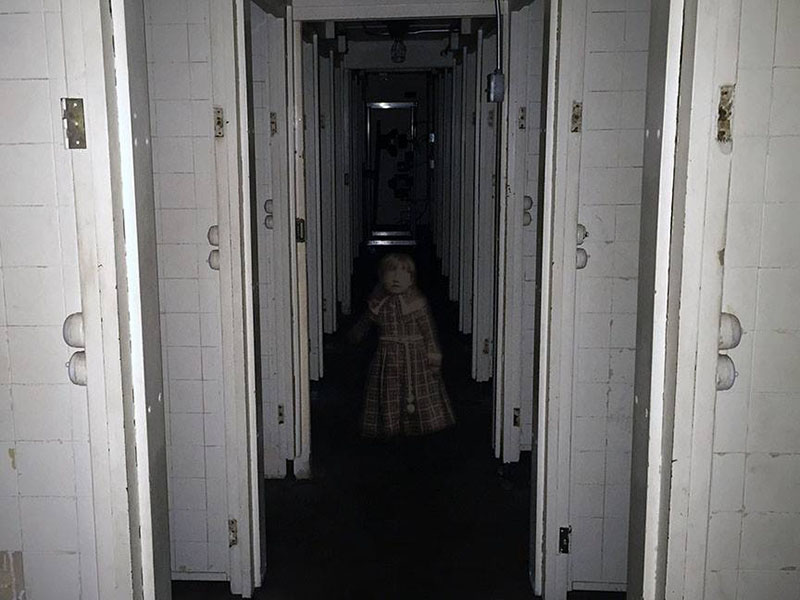 We concluded the tour with a brief look into the notorious room B340, which is known as the most haunted cabin on the ship.

Upon entering, Matt quickly told us that the legend behind this room was fake. Nothing crazy or out of the ordinary occurred in this room. It was a simple, abandoned office space, but somehow it gained the title of being the most haunted area on the ship.

After nearly four hours aboard the Queen Mary, our tour came to an end around 3 a.m.

Though I didn't make any notable contact with the ship's countless ghosts, I still had a great time.

This tour is definitely for those of you, like myself, who are thoroughly interested in learning how to be a proper ghost hunter. It's not for those of you who are expecting an apparition to appear out of nowhere, spewing some sort of chilly warning. As Matt noted when he first greeted our group, that sort of stuff does not happen.

You also have to have a lot of patience for this tour. I was definitely a little over it at moments because I wanted a ghost to say something or touch me or do anything to let me know I was in its presence. That doesn't always happen, because spirits don't always want to engage with the living, which is pretty understandable when you think about it.

I even listened to all of the recordings I took while on the tour, but I didn't pick up on any EVP. To be fair, I also didn't record the whole time I was on the tour, because I didn't want to drain my battery in case a vengeful spirit decided to disrupt our tour.

I really did learn a lot about ghost hunting from Matt, which I really do appreciate. It gave me a better understanding on how to properly make contact with the spirits.

Hopefully the next time I go ghost hunting, I'll be able to make contact with a ghost, thanks to my newly acquired skills.

Feeling adventurous? Other than the Queen Mary, HERE are eight of the most haunted locations across America.