9 Questions I Have After Watching Chilling Adventures of Sabrina

After releasing Chilling Adventures of Sabrina on Oct. 26, Netflix once again proved that they are the masters of entertainment.

Despite knowing very little about the series, given that I never read the comics or watched the original Sabrina the Teenage Witch, I was immediately caught up in the spooky storyline. It was complex and nuanced while still being simple enough that you could follow along with ease. Plus, I can totally relate to risking everything for a cute boy—I mean, who hasn't considered that at some point in their lives?

However, as much as I loved this Netflix original, I finished the final episode with a few lingering uncertainties that I need to voice. Keep scrolling for nine questions I have after watching Chilling Adventures of Sabrina.

Chilling Adventures of Sabrina doesn't seem to belong in any one time period, which is all very confusing. The show has an unmistakable '60s vibe, due primarily to the style of dress, old cars and super outdated landline phones. Not to mention the fact that people actually choose to call each other, and texting and social media isn't referenced at all, which is definitely not of this time period. However, the characters also use laptops and Harvey Kinkle even has a smartphone, though it doesn't get used very often. It shouldn't be a surprise that I'm confused about the timing of Sabrina's battle against evil, especially because the show itself can't seem to decide on a definite year. 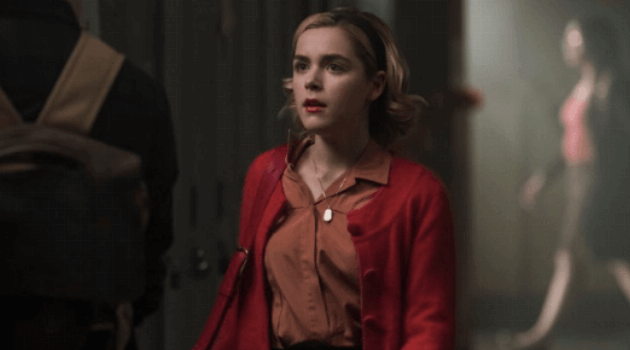 2. How does Sabrina attend both schools?

Part of the storyline revolves around the fact that Sabrina is allowed to attend both Baxter High and the Academy of Unseen Arts full time, but literally how? Does Baxter High hold classes during the day and the Academy holds classes at night?  Was her weekend visit indicative of the fact that she only heads to the Academy on weekends? And why does she seem to spend way more time at Baxter? After the first weekend when she totally schools the Weird Sisters on the dangers of harrowing, she's shown many times attending regular classes at Baxter and only seems to drop into the Academy when there's a problem.

Beyond the actual timing of this dual-enrollment, which makes no sense to me, I'm also confused about how she would manage the workload from two schools. One high school education is hard enough to keep up with, but two? Forget about it. Point being, Sabrina's actual school schedule doesn't make any sense, but given all the trouble she got into without a formal witchy education, maybe spending less time at the Academy is for the best.

3. Do all the witches live at the Academy?

Sabrina's attendance at the Academy of Unseen Arts seems shoddy at best, especially in comparison to the other witches. Which brings me to my next question—do the rest of the students live at the Academy? During her orientation weekend, Sabrina sleeps at the Academy in a big, dorm-style room. After that weekend, the Weird Sisters are regularly shown in the same set-up surrounded by other witches, implying that students of the Academy claim the school as their full-time residence.

If that's true, where on earth are their parents? No wonder children are dying, the only adult figure around to enforce the rules on hundreds of witches is the already-shady Father Blackwood! These poor witches need some parental guidance, not a man who's already proven he doesn't have much taste for punishment or consequences. 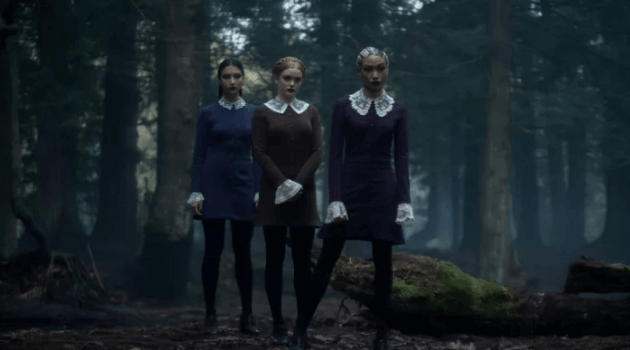 4. Why do I love Madame Satan so much?

Ms. Wardwell, aka Madame Satan, aka Lilith, aka Sabrina's personal manipulator, literally spends the entire series slowly turning Sabrina towards the Path of Night. She kills the real Ms. Wardwell, feasts on human flesh and separates Sabrina from all the people she loves so that Sabrina can take her place as the Mother of Demons and Lilith can ascend to Satan's right hand as the Queen of Hell. Madame Satan is a demon and a terrible person—so why do I love her so much?! Seriously, her attitude is incredible, she steals every scene she's in and she's just so sly and cunning it's hard not to get on board with her evil plan. I should totally hate her, but I don't. No one else can make bad look that good.

5. Why is the Dark Lord so obsessed with Sabrina?

Sabrina's entire story hinges around the fact that Satan just can't let her go. And it definitely seems to be bigger than the original "I had her first" claim that Father Blackwood tried to run with when they found Sabrina's name in the Book of the Beast. But with so many super loyal witches and warlocks already following him, why is Satan so obsessed with making Sabrina one of his believers? Prudence was literally willing to be eaten for him, while Sabrina is covertly planning his destruction! And yet he still chooses to torture the Spellmans?? We're some getting some major Regina George "why are you so obsessed with me?" vibes and we need some answers. 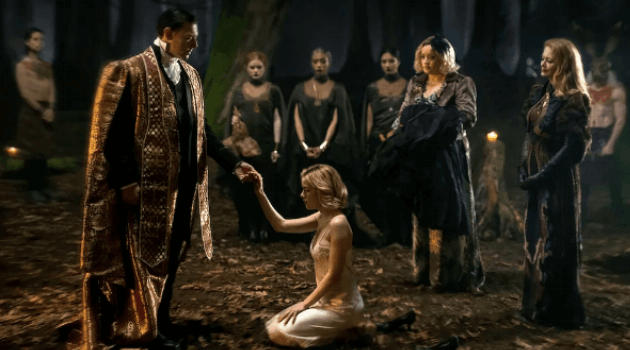 6. Why is Nick so obsessed with Sabrina?

Following in the same vein of Satan's creepy Sabrina obsession, why is Nick so obsessed with this half-mortal witch? I know Sabrina is pretty and she's definitely a firecracker, but why is Nick so overwhelmingly into her? He hardly knows anything about her, but he basically does anything she wants, including stopping Prudence and Dorcas from remedying the Tom problem and risking his own life to keep Harvey's family safe from the Crimson Rider. It's a little much if you ask me, especially because Sabrina has made it very clear that she doesn't have eyes for anyone except Harvey.

7. Did Madame Satan ever reveal that Sabrina was planning to take down the Dark Lord?

Since Sabrina doesn't know who Ms. Wardwell is, she stupidly shares way too much personal information, giving Madame Satan all kinds of leverage to manipulate her into following the Path of Night. At the end of the 6th episode, she even reveals that she's planning to outwit the Dark Lord.  But even though she's an incredibly loyal follower, Ms. Wardwell just… never addresses it again?? Obviously everything works out in Madame Satan's favor, but it was just weird to me that she heard about Sabrina's plans to take down Satan and just kind of shrugged it off and moved on. Some follower she is. 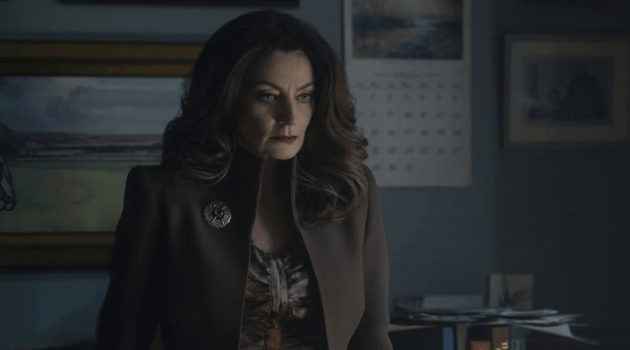 8. Can we really trust Luke?

I'm all about Luke and Ambrose's relationship, but I have to admit—I'm getting some not-so-great vibes about Luke. First of all, there's the small issue that Ambrose met Luke at Connor's funeral, who's shady death we still haven't figured out. Then, there's the added issue of Luke definitely being in cahoots with Father Blackwood, who I don't trust for a single second. Finally, he got in the way of Ambrose protecting the mortals at the school and then just so happened to confess his love for Ambrose in the same moment. It all feels a little too planned out and perfect, and I'm just not quite on board with this character yet. Call it intuition, call it a fiercely protective nature when it comes to Ambrose, but I don't quite trust this warlock yet.

9. What is going on with Cerberus?

Honestly, all I want in this whole series is for Aunt Hilda to be happy. Sure, I'd love to see Sabrina save the day, but if Hilda's happy in the end I can accept some failure from the other characters. Which is why I need to know exactly what is going on with Dr. Cerberus. After Hilda finally got a moment all her own by kissing Cerberus in the final episode, his eyes changed color and he looked confused as he walked away. Has he been possessed by a demon? Is he a demon? Is he some other supernatural creature? I need answers—Hilda must be protected!!

Chilling Adventures of Sabrina isn't the only way to get your fix of spooky entertainment. Click HERE for six novels to read this month is you love the supernatural.