With viral hits including "Chaos!" and "Crazy Devotion," it's clear that 18-year-old singer-songwriter and TikTok sensation Quinton Griggs is already making his mark on the music world—and we firmly believe he's just getting started.

You might not have guessed it, but Quinton was actually a talented football player who had dreams of going pro before an injury sidelined him. As he recovered, he started making TikToks—and the rest is history.

Today, Quinton is known not only for his music, but also for his eye-catching fashion sense. It fuses pop-punk rawness with elements of '70s and '80s glam rock, which shine through in both his music and his bold sense of style. Each of his songs is deeply personal and close to his heart while also striking a chord with his devoted fans. It's no surprise, then, that  Fall Out Boy's Pete Wentz has quickly become a fan and supporter, even co-writing "Crazy Devotion" with him. We can't wait to see what he does next—and here's everything we learned about him as our latest Man Crush Monday. 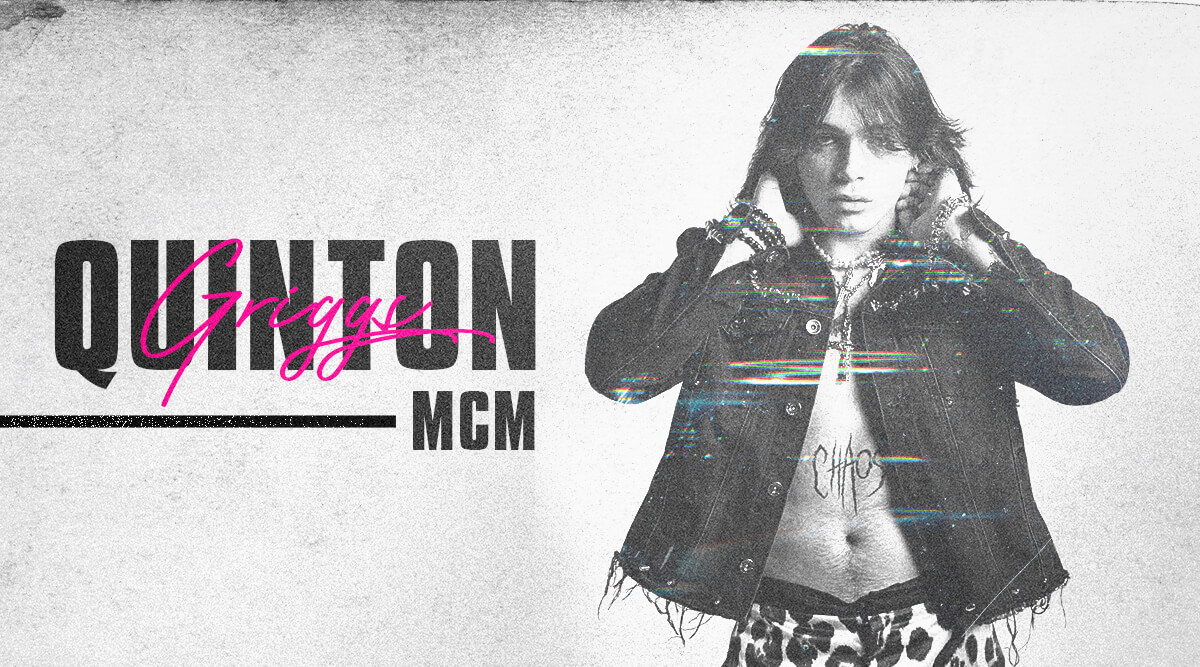 1. Quinton makes a point to always stock his house with a bunch of food and

"I always make extra food for breakfast just in case the homies stop by and are hungry."

Also read about: Everything You Wanted to Know About Japanese Idol Band SixTONES

2. His favorite thing about himself is probably his style.

"I spent a long time wearing the same thing as everyone else, and now what I wear feels super authentic to who I am."

3. He uses his phone a lot less than the average person.

"I'm not on my phone much, but if I'm on it, I'm just scrolling through social media or looking for new music."

4. Seeing people have a good time never fails to make him smile.

"It's also one of the things I love about live music, just watching people enjoy themselves. That and bowling. I'll challenge anyone to a game!"

Also read about: Everything You Should Know About Country Singer-Songwriter Spencer Crandall

"Unfortunately, I don't have any of my own right now, but I always had a couple dogs growing up."

6. What's one thing that Quinton wishes he would have learned earlier on?

"To not give a s*** about what people think of me. As long as I'm happy with myself, can't no one bring me down."

7. His weirdest habit is constantly pacing and walking around non-stop.

Also read about: Everything You Need to Know About American Idol Winner Noah Thompson

8. In three words, he'd describe himself as excitable, grateful and driven.

9. His biggest pet peeve is being fake.

"I can't stand when people try to put on a false face or pretend they're something they're not."

10. Above everything else, Quinton is always true to himself.

"No matter who you are or what you like, the coolest version of you is the original thing."

Curious about who else we're crushing on? Click HERE to find out why OMEGA X's Hangyeom was your MCM last week.