I'm sorry, but I apologize way too much (ugh, see what just happened there).

In fact, sometimes I say sorry for no reason at all. I say sorry as a filler word, as a word to express I'm seeking approval, and I say sorry just because it's a habit. 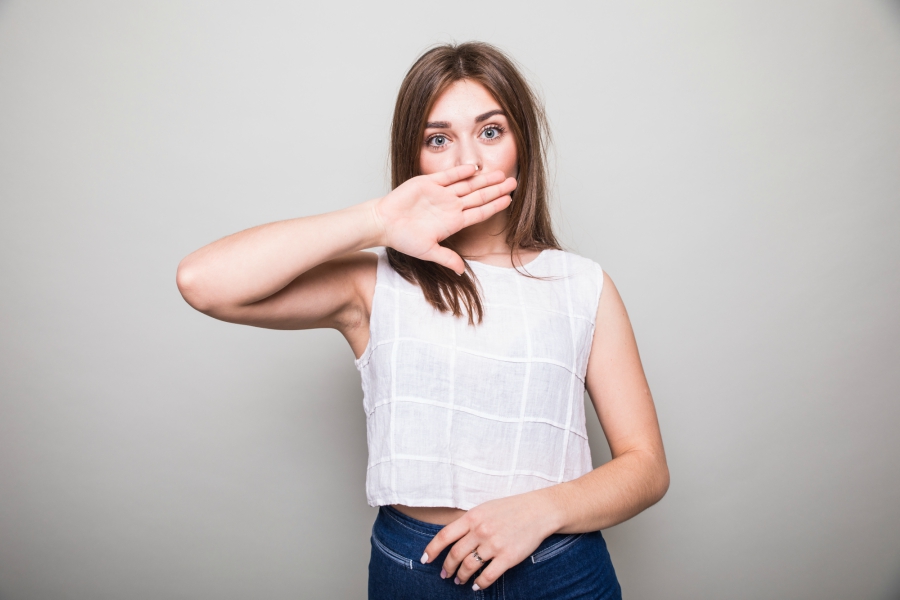 I don't understand why I apologize for every little thing I do—and, quite frankly, I'm not proud of it, so I decided to challenge myself to cut out the word from my vocabulary for a week. Scroll below to see what happened and the lessons I've learned.

The morning this experiment began, I told my family, friends and co-workers that I would be conducting this challenge. I knew that they would be the ones to call me out and hold me accountable for when I began to apologize.

To be honest, Thursday morning was very tough for me. I was hyperaware of everything I was saying, doing and feeling. I feared that if I opened up my mouth, the "s" word would slip, and I'd already be on my way to failure.

So, I stayed quiet.

About half way through the day, my first slip-up occurred. I had a question about an article that was going up that day, so, without thinking, I said to my co-workers, "Sorry, but can I ask you a question about this email I'm going to send out to a publicist?" 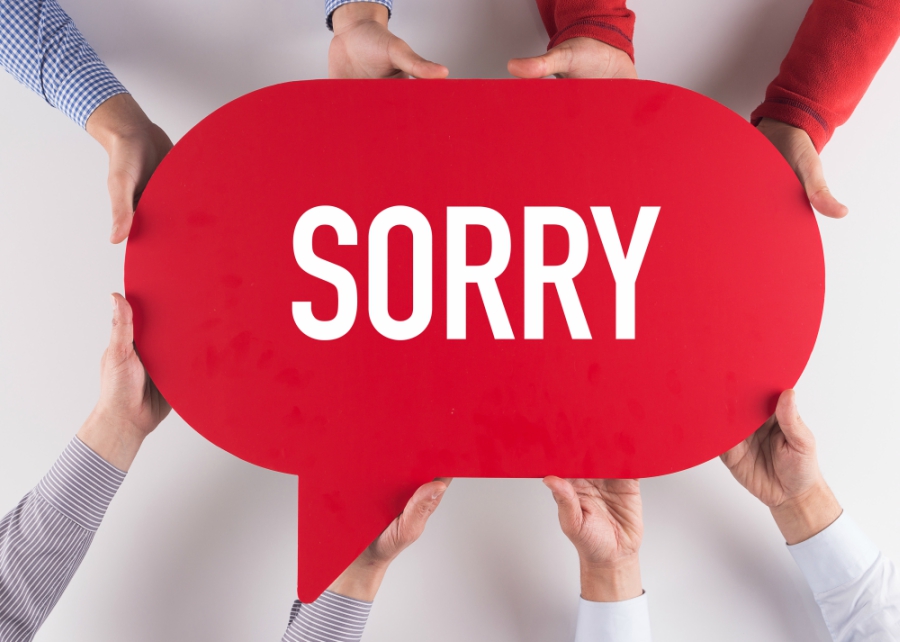 I was immediately called out for my apology, and I couldn't help but feel embarrassed that I hadn't even made it to lunch time without making a careless error.

My second mistake happened when I began to read them the email I was hoping to send. The first sentence read, "Sorry for the delayed response."

Again, I was called out.

I had a feeling this was going to be a long week.

Day two of the challenge started out rough.

Within ten minutes of being in the office, I apologized to my co-worker Ashley for handling some personal business before beginning my day of work.

When she stopped to ask me why I was saying sorry, I had to think about it for a minute.

Hmm, why was I apologizing? I was an hour early for work, so technically I should have been able to handle whatever personal business I needed to get done until then.

I realized then that the only reason I apologized was because I feared judgment. Would she judge me because she was working and I was not?

I concluded I need to not be so focused on what others are doing.

The third day of the challenge was a Saturday morning and I was totally relieved that it was finally the weekend. At last, I'd be relaxing—an activity that surely doesn't lend itself to any apologies.

I started out my Saturday morning with my routine trip to Starbucks. I was in such a good mood—maybe because I would finally get some much-needed rest, maybe because I knew my iced coffee was only seconds away from being delivered. I was happy. Happy, until, a lady cut right in front of me in line. 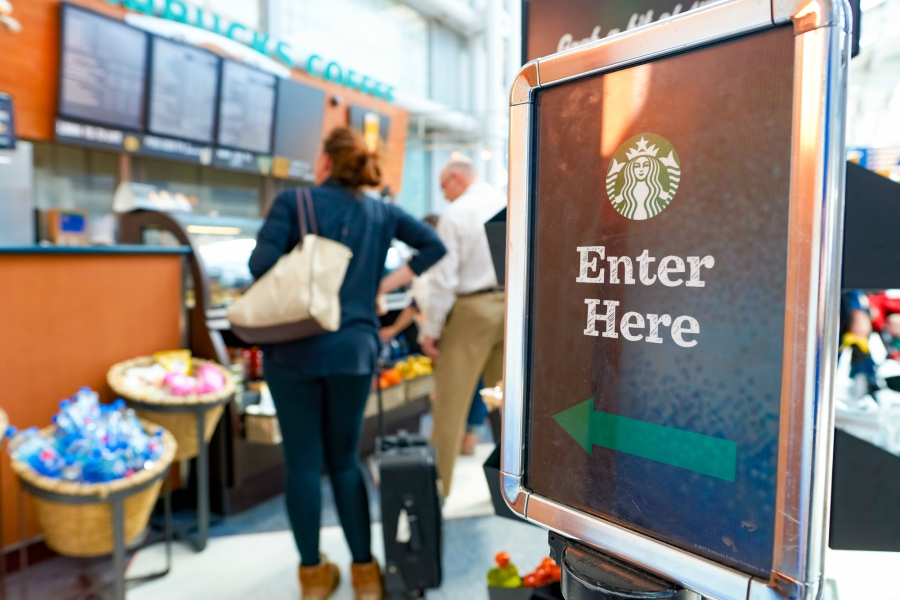 I was pretty appalled at her action, and wasn't really thinking, so I mustered up the courage to say something to her. The first thing that came out of my mouth was that dreaded five-letter word, of course. "I'm sorry, but the line actually starts back there."

Don't ask me why I said it, because I was not sorry, but I said it. Can you believe it? I actually apologized to a woman who had rudely behaved.

Fortunately, the lady moved to the back of the line. Although that problem was solved, the real problem of why I use this word in an uncalled-for situation was not.

Sunday I spent my day reflecting on what had happened the previous day.

The more I thought about it, the more I realized that it was not the first (or probably last) time I said sorry to someone who had done me wrong.

Because I was so worked up about the previous day's event, I worked extremely hard to monitor everything I said that day.

No sorrys were uttered. My first successful day. ????

On Monday, I was back to work. I was honestly feeling pretty confident in myself and I was ready to mimic the success of Sunday. I had a feeling work was going to be an apology-free zone that day.

In celebration of my day, I went over to my aunt's house for the night to watch a movie. You'd think I could have made it through a movie without apologizing, but guess again.

Right as the movie was beginning, my aunt's dog Bonnie tried to hop on her white couch next to me.

"Sorry, but you're not allowed up here," I told her. I quickly realized that I had said the "s" word and laughed.

Day six was a great day for me, minus one minor incident.

After a long day of work, I headed over to my boyfriend's house to have dinner with him. He had to stay at work later than expected, so I decided to whip up something to eat and surprise him.

When he arrived, he was so thrilled to see that I had chicken tacos and chips and guac ready to eat.

Even though it was evident by the giant smile on his face that he was pleased, I said, "Sorry if you weren't feeling tacos tonight." 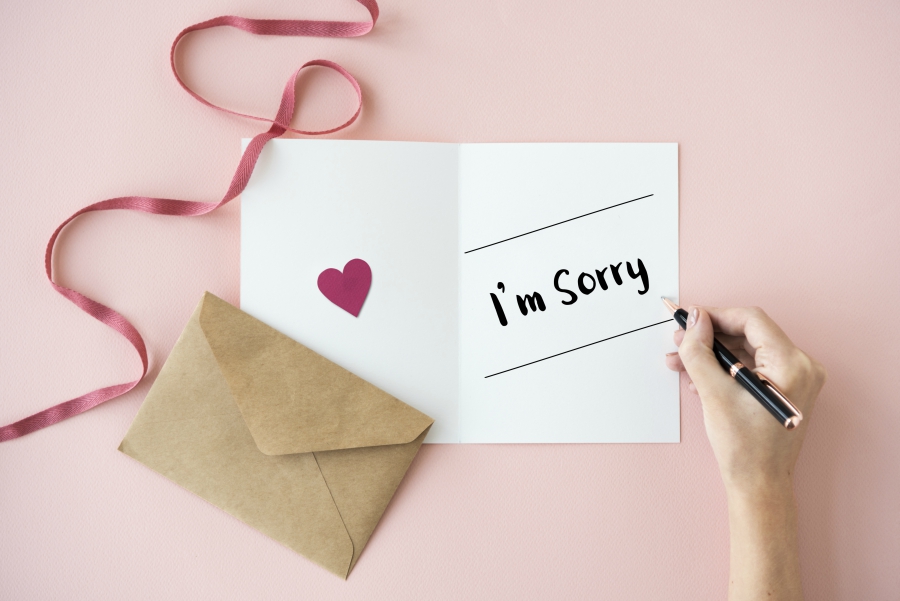 The final day was a day of reflection, I spent some time thinking about the week and trying to evaluate why I've made saying regretful comments a habit.

I talked to my co-workers about it and asked them if they had noticed an improvement at all, and they agreed that I had definitely reduced the amount of apologetic comments. It was nice to hear that they noticed even the smallest of change.

I honestly thought I was in the clear, with a week of as little apologizing as possible, but then, it happened. I said one last sorry.

As I was working, I actually asked my co-worker Amanda if I could ask her a stupid question. The moment I said the word "stupid" her eyes darted my way.

"Brittney, don't say that! Claiming something you're asking is stupid is just as bad—if not worse—than saying sorry," she said.

And that is how I ended my seven day challenge. With a sincere apology.

What Did I Learn?

By conducting this experiment, I've learned two main things. A.) I love apologizing and B.) It's not easy breaking a habit that has become such an integral part of who you are.

I've spent the majority of my life apologizing for things I shouldn't. I now realize there's a time and a place for being sorry. Sometimes an apology is owed, and sometimes it's not. It's my duty to determine when one is necessary.

So will I stop apologizing? Probably not. But will I make an effort to use the word carefully and sparingly? Absolutely.

Bad habits are hard to break. Click HERE to find out how to break some of your worst ones this year!