Actor Rahart Adams is best known for his role as the rebellious wizard, Jax, on Nickelodeon's Every Witch Way. The fourth and final season of the show debuts tonight, July 6th, and we spoke with Rahart to get the inside scoop! 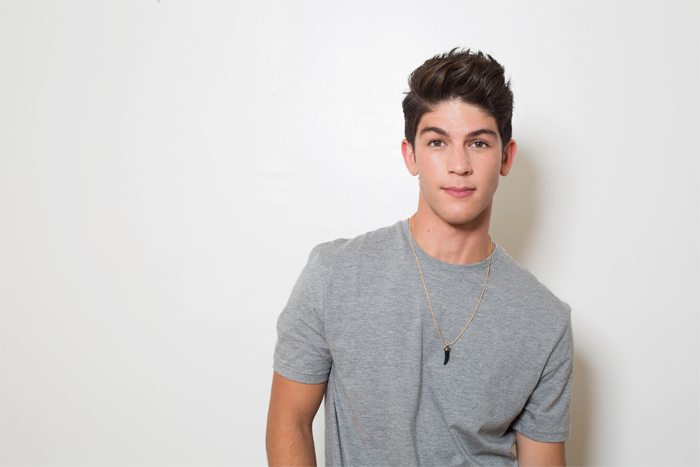 The introduction of Jax in season 2 really shook things up. What has it been like to join the cast? Did you ever feel like the new kid at school, not being around in season 1?

I only felt the "new kid" for about the first five minutes on set because everyone, cast and crew included, were all so welcoming and supportive. They were just as excited for Jax as I was, I think.

What's it like to have magical powers on TV?

It's actually a lot of fun. I get to pretend to be a warlock wizard who doesn't care for authority; probably the best thing about having magical powers on TV is that a lot of the younger audiences really do believe that I have magical powers.

A lot of fans want Emma and Jax to be together, while other fans are still supporting the Emma and Daniel relationship. What is it like to be involved in that kind of Team Edward vs. Team Jacob dynamic? Do you have any personal feelings about who she should be with?

It's pretty interesting, the Demma and Jemma fans get pretty intense on social media about it. Sometimes I get pretty shocked by the comments I read about the whole Team Jax vs Team Daniel thing. I don't have any personal preference as to who Emma ends up with on the show but I'm glad she chose Jax because I love working with Pao.

What can we look forward to in season 4 of the show?

Which superhero's power would you steal?

Superman's for sure, because his powers are almost unparalleled and they're also low key and hideable so that he can live a normal life. I think that's pretty cool.

If you could live in a movie, which one would it be?

If I could instantly master a skill it would be to be able to pick up any instrument and play it perfectly.

What language would you love to learn?

I would love to be fluent in Urdu, French, Spanish and Mandarin.

If you were to become famous for something other than what you're best known for, what would it be?

Leave your thoughts on Rahart, and season 4 of Every Witch Way, in the comments below, and check out past interviews with the rest of the cast below!