Definitive Ranking of the Most Iconic Disney Love Songs

Disney definitely knows how to bring the emotion.

From their beautiful storylines to their iconic characters, we're all wrapped up in our feelings by the end of every Disney movie. And part of our emotion is definitely due to the amazing music found in every Disney film.

But which Disney love song is the absolute best? We decided to find out.

Keep scrolling for a definitive ranking of the most iconic Disney love songs.

10. 'Some Day My Prince Will Come' — Snow White and the Seven Dwarves

This is the song that Snow White sings to the seven dwarves as she's recounting her love story with the Prince. It's sweet and simple, but unfortunately, we're not big fans of the idea that Snow is just waiting around for a prince to save her. It's still a decent tune, but much better melodies have graced the soundtracks of Disney movies since the release of this song. 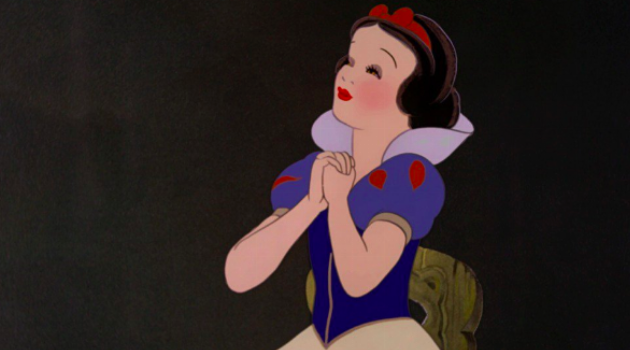 (Snow White and the Seven Dwarves via Walt Disney Pictures)

Much like "One Day My Prince Will Come," this gentle melody is fairly outdated. It's absolutely iconic and very sweet, but it just doesn't totally wow us. Plus, it's a very short addition to the movie, which I guess makes sense considering Cinderella and the Prince barely know each other, so they don't have much  to say. 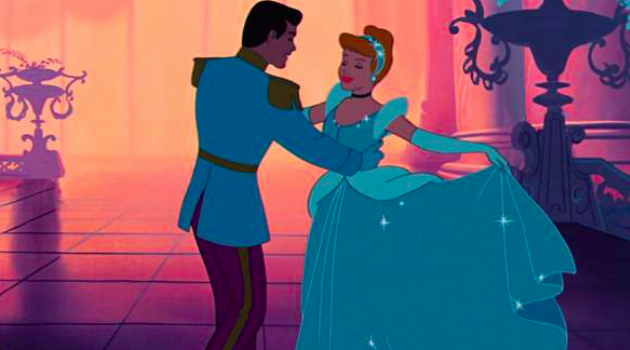 8. 'Once Upon a Dream' — Sleeping Beauty

"One Upon a Dream" is the slightly more upbeat tune that Aurora sings when she meets Prince Phillip. She's meandering through the forest, imagining her perfect prince and suddenly Phillip is standing in front of her. They proceed to duet together while they dance through the forest and fall in love. It's a sweet scene, and the song perfectly captures the feel of a young girl fantasizing about a great love. Definitely a classic, but it doesn't quite tug on our heartstrings like some of the other Disney tunes. 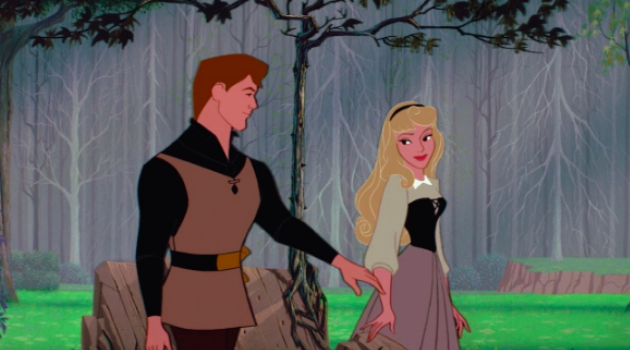 Honestly, if this song weren't so darn catchy we would put it at the bottom of the list, considering it's all a lie. This is the song Anna and Hans sing when they're allegedly falling in love. It has some ridiculously catchy lines, but the wonderfully pure nature of the song is completely ruined when you find out that Hans never loved Anna. We can still jam out to this tune, but we always do it with a little bit of sorrow in our hearts. 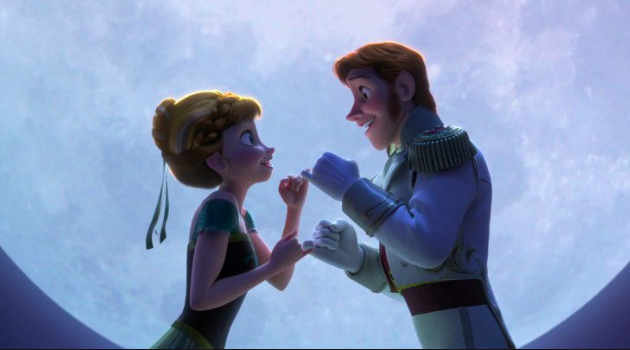 "A Whole New World" marks the moment that Aladdin and Jasmine truly start to fall in love. They soar through the air on the magic carpet perfectly harmonizing with each other in an absolutely breathtaking scene that had us dreaming of a great romance… and a genie to grant all our wishes. Jasmine starts to come out of her shell and open her heart up to Aladdin, and they both get to explore places in the world that they've never seen before. It's a wonderful tune and a perfect way to capture the moment that these two truly come together. 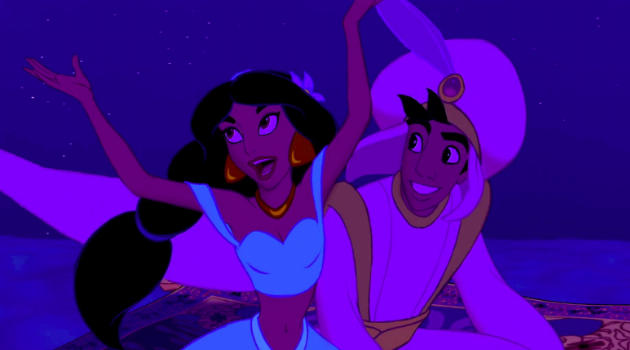 Beyond the fact that we absolutely love everything Meg does, we also love this tune from Hercules because it's just too relatable. Meg is obviously in love with Hercules, but she's scared of getting hurt and she doesn't want to make herself vulnerable once again. So she sings an entire song about the fact that she's absolutely not in love, even though we all know she is. It's a perfect dose of dramatic irony with a catchy beat—what's not to love about this song? 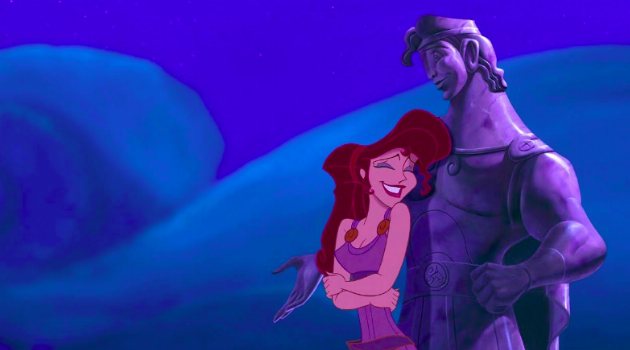 Rapunzel and Flynn are definitely one of our all-time favorite Disney couples, and this song is such a beautiful moment in their romance. While Rapunzel is living her lifelong dream, Flynn is coming to the conclusion that his feelings for Rapunzel have gotten much more serious than he was intending. Over the course of the song you can see the moment where they both accept and embrace their feelings for one another. It's a beautiful tune and an important moment in their romance, so we're happy to listen to this song any time. 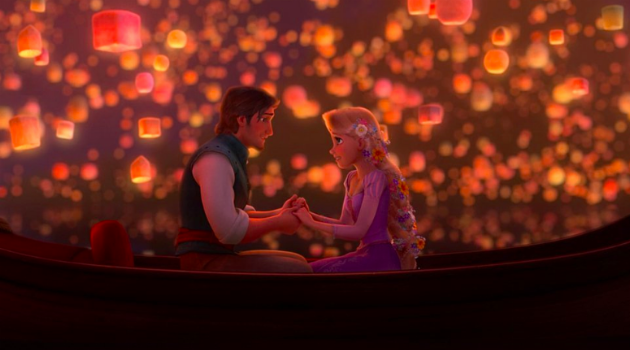 We love everything about this iconic tune from The Little Mermaid. It's a beautiful moment not just for Ariel and Eric's romance, but also for our understanding of Ariel's relationship with her friends. Despite his frustration and disagreement with Ariel's actions, Sebastian is still looking out for her and trying to set her up for success. The song is a perfect description of the struggles of getting that first kiss from someone you like, and we love the romance it infuses into the scene, even if Ariel's perfect kiss is ultimately foiled by Ursula's eels. 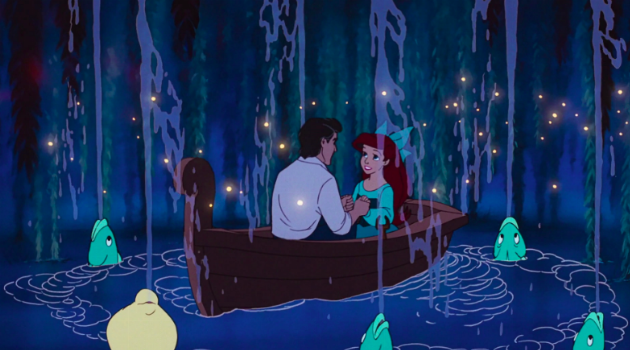 2. 'Can You Feel the Love Tonight' — The Lion King

This song definitely marks one of the most romantic scenes in any Disney movie. Simba has finally been reunited with his childhood best friend, stirring up quite a few confusing feelings. We love that Simba and Nala are still trying to sort out the exact nature of their new relationship while getting to know each other all over again. Plus, the song itself is just so romantic that it's easily become one of our favorite love songs of all time. 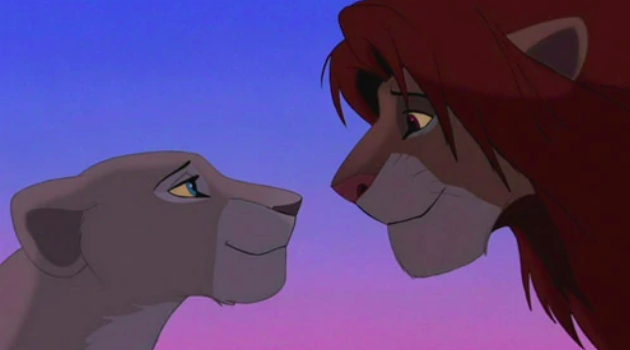 There's no song more iconic than Disney's "Beauty and the Beast." It perfectly transitions Belle and the Beast's relationship into romantic territory in a way that feels totally seamless and normal. Beyond that, it's also a perfect description of the beginning stages of any romance. This song has us feeling all kinds of emotion every time we listen to it, which easily places it at the top of our list. 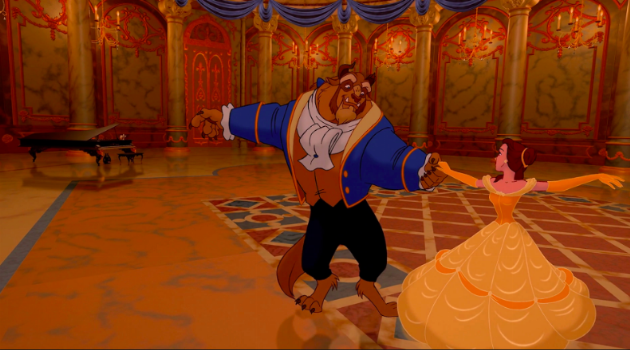 Looking for more content about your favorite Disney characters? Click HERE for a definitive ranking of the 12 best Disney villain sidekicks.