A Definitive Ranking of the 12 Best Disney Villain Sidekicks

When it comes to Disney movies, heroes get all the credit.

Yeah, we get it—they save the day, they're not trying to ruin anyone's life, they're all around better people—blah, blah, blah. But you know what it takes to create a great hero? A villain who can legitimately threaten their success. 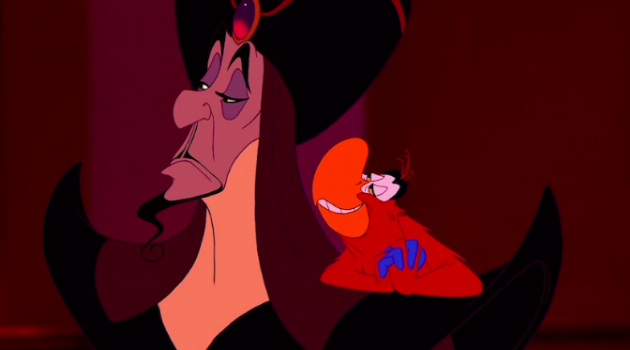 And behind every sinister villain is an (often) lovable sidekick messing up all of their well-laid plans. Maybe we shouldn't love these little assistants, but we can't help holding a special place in our heart for this very distinct category on the evil side of the Disney universe.

What's the best way to show our appreciation for these little helpers? Through a ranking, of course!

Keep scrolling to see our definitive ranking of 12 of our favorite Disney villain sidekicks.

Remember when we said that most Disney villain sidekicks were at least a little bit lovable? Well, that is definitely not the case for this wicked little bird. There's nothing we hate more than a sidekick who can't think for themselves, and this raven's undying loyalty to Maleficent and her evil plans has made him a product of our hatred for years. Plus, he always looks like he's judging us and we're not big fans of that. 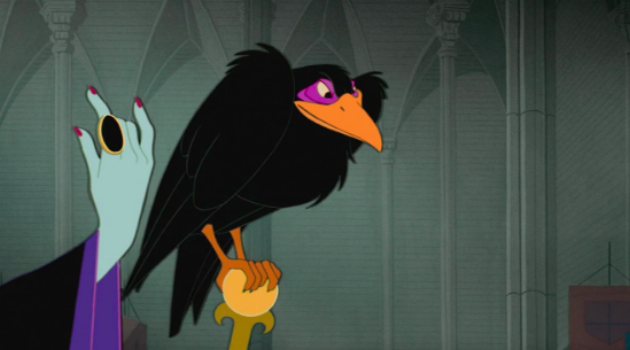 11. Flotsam and Jetsam, The Little Mermaid

These guys are creepy. Where most Disney sidekicks offer a small taste of comedic relief, these sinister eels never even remotely delve into the realm of humor. They're also very smart and willing to do everything Ursula asks of them, which means they mess up quite a few things for our gal Ariel. Overall, we're not big fans of this duo. 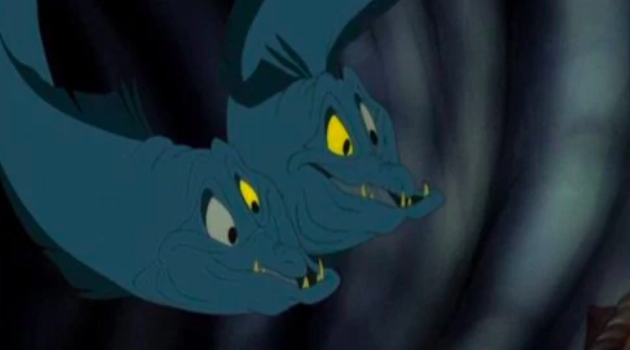 We weren't really cat people to begin with, but Lucifer from Cinderella totally cemented our dislike of the feline species. Honestly, Lucifer is just a jerk. He really enjoys making Cinderella's life harder for no reason at all, and he's constantly trying to hurt the mice when they're just trying to be helpful little critters. If you mess with Gus, you mess with all of us, earning Lucifer the 10th spot on our list. 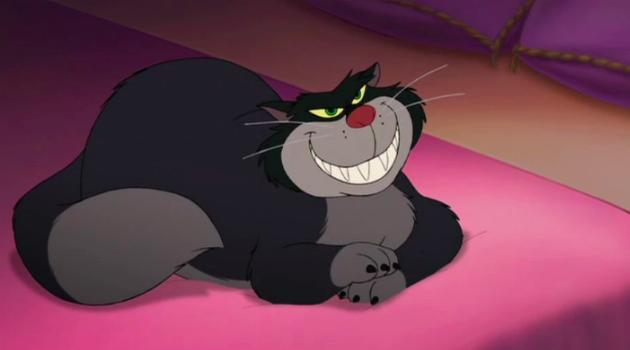 Honestly, who tries to steal puppies? We don't care what your reasoning is, there's just no excuse for this behavior. 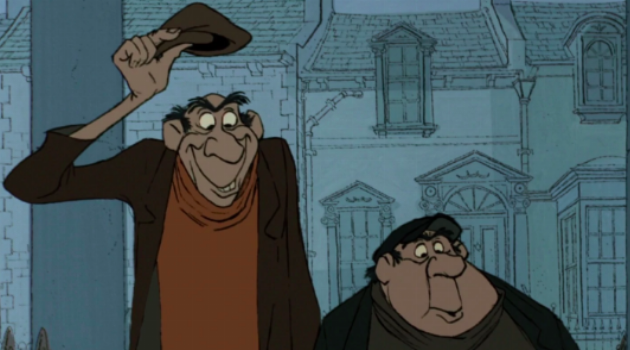 Honestly, there's a big part of us that feels for the hyenas. They're just trying to live their best lives and move out of their crumbling elephant graveyard and they accidentally align themselves with a murderous lion who doesn't really care about them. Still though, they tried to kill Simba and they're pretty annoying with all their uncontrollable emotions and laughing. 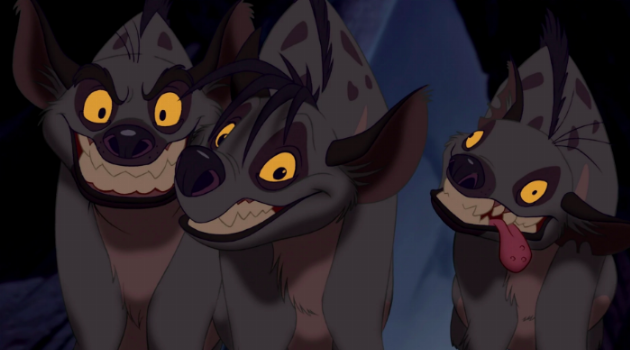 Iago is a pretty iconic and complex Disney sidekick, but we have to admit we've never been a big fan of this bird. He's way too loud and aggressive with his opinions, and his voice can get pretty grating after about 15 seconds of listening to him talk. Still, we appreciate his character development over the course of the Aladdin franchise, so we'll let him chill at No. 7 on our list. 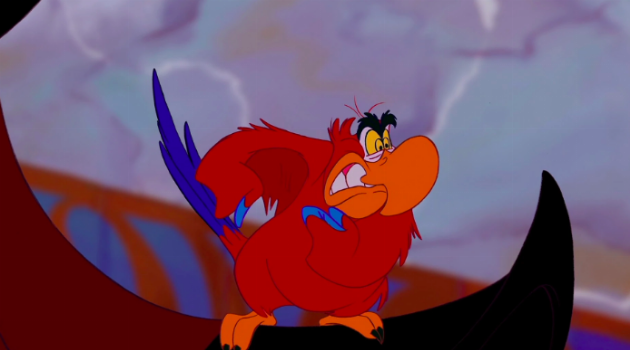 6. LeFou, Beauty and the Beast

While we totally acknowledge that LeFou has basically no redeeming qualities, we still can't help but love this bumbling little fella. All he really wants is to be accepted by Gaston, which gets him in all kinds of trouble. But is that really his fault? I mean, look at him—he wasn't built to be evil. 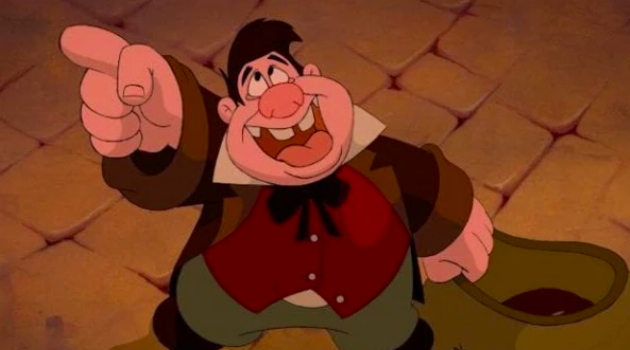 Ugh, Wiggins. You can't help but love this guy. Despite his status as a technical villain sidekick, we're convinced he doesn't have an evil bone in his body. He just wants to make everyone happy and comfortable, create gift baskets and enjoy the New World, and Ratcliffe keeps ruining it with his intolerance. Wiggins, we would totally accept your gift baskets. 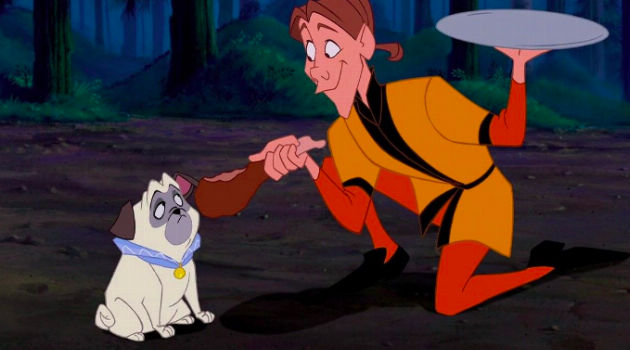 These little guys are definitely evil, but we still love these shape-shifting little monsters. Honestly, if we got stuck in service to Hades we would probably do all we could to please him, too. Plus, their incompetence and self-preservation mentality technically saves Hercules' life, so how bad can they really be? 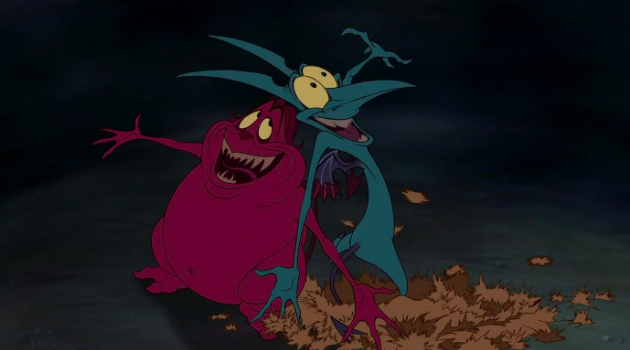 Smee! Much like Wiggins, Mr. Smee is a character that we just can't believe is truly evil. It mostly seems like he's just trying to keep the peace and keep Hook's volatile personality in order. He's also ridiculously loyal to Hook without ever performing any truly wicked acts, which is a very difficult balance to maintain. 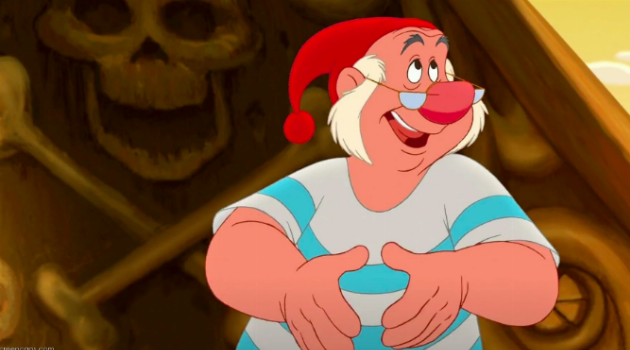 Honestly, how can you not love Morph? He's a little loose with his loyalties, but we like to think of him as a pet that simply loves too many people. All of us could use a Morph in our life. 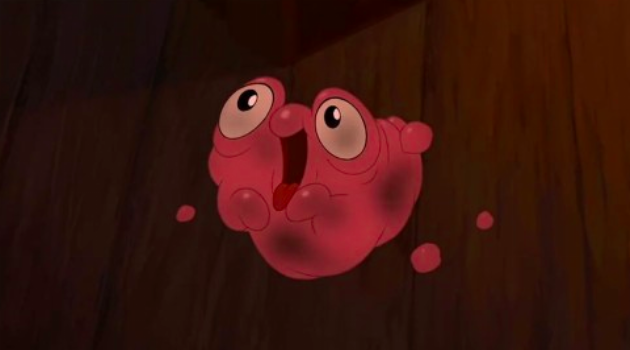 Kronk is the best Disney villain sidekick. Not only is he the perfect dose of comedic relief, he's actually a pretty complex character who struggles with the balance of right and wrong. He's loyal to Yzma, but he tries to compromise that loyalty with doing the right thing. He'd also be totally happy just focusing on his squirrels and cream puffs, and we think that's adorable. 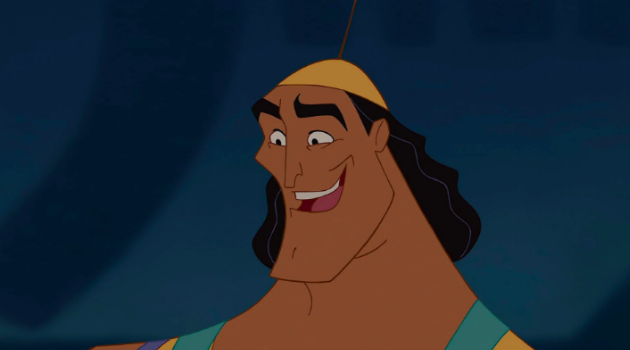 Looking to show off your Disney love? Click HERE for 10 Disney princess quotes that make the most inspirational Insta captions.