The Definitive Ranking of Every Season of Grey's Anatomy

For 14 years, we've been watching the drama of Grey Sloan Memorial Hospital unfold on the small screen.

That's right, 14 years of death, sadness and disaster, as well as a few happy moments along the way. And while we'd stick by our lovable surgeons through anything, we're not opposed to acknowledging the seasons that have fallen short of our Shondaland expectations.

Keep scrolling for a definitive ranking of every seasons of Grey's Anatomy, from worst to best.

We can't lie, the later seasons of Grey's Anatomy just aren't up to snuff. The show doesn't seem to have any intention of ending, but since Cristina Yang left, things just haven't been the same. And season 14 is no exception. Owen's sister resurfaces, which feels like the writer's scrambling for some way to ruin Meredith's new romance with Riggs, and Amelia deals with a brain tumor, which is now a storyline we've seen a hundred times. A lot of characters came back, including Dr. Herman and Teddy Altman, but they all felt random and unconnected to the storyline. Plus Arizona and April both leave, which gives us even more reason to believe that the show is headed downhill. 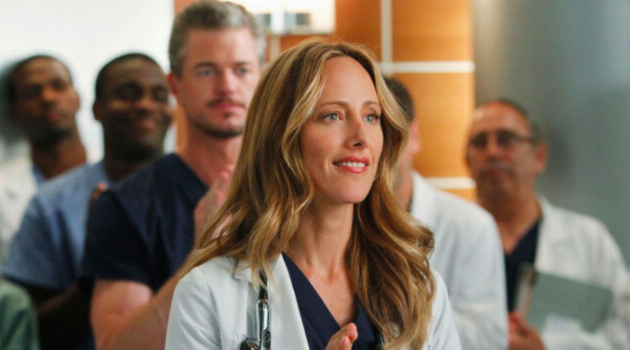 Season 13 starts to devolve into romance drama in a way that we haven't seen happen since the earlier seasons of the show. At this point, the characters are much older and the love-triangle between Maggie, Riggs and Meredith feels way too overdone. On top of that, this season messes with Bailey, causing fans to see her in a bad light, which is just ridiculous since Bailey has been one of the most consistently lovable characters since the very beginning of the show. In scrambling for a storyline, none of the characters seem to be true to themselves, which makes it difficult to watch.

In season 12, Meredith has to cope with the fact that she no longer has Derek or Cristina to rely on. While she is the main character of the show, she's quite annoying, so her ability to carry the storyline without fan-favorites softening her sharp edges was questionable. The redeeming quality is the developing relationship between her and Karev, but it's just not enough to carry the season. Meredith's relationship with her sisters feels forced and flat, and Amelia and Owen decide to get married even though they're totally wrong for each other, which seems to be a theme with Owen. April's pregnancy scene is meant to be dramatic and redeeming, but it just comes off kind of gross. Overall, not a very interesting season to watch.

Honestly, season 10 just wasn't great. The best moments centered around April and Jackson's relationship, and even those were a little cheesy and upsetting. It's the first season that starts to focus on Meredith being a mother, which creates some tension between her and Cristina that no fans wanted to see. Maggie Pierce joins the cast, but it feels like a highly recycled storyline at this point—how many secret half-sisters can Meredith actually have? On top of all of that, Cristina leaves the show, which was a huge hit to the Grey's Anatomy fan base, considering she was one of the most beloved and appreciated characters. 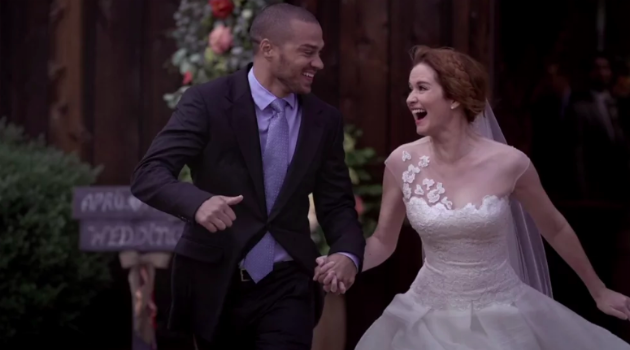 After Cristina left the show, fans were hoping for a truly amazing season in which their love for Grey's Anatomy would be re-ignited. Season 11 delivered some shocking moments, but they didn't quite land as well as we would have hoped. Derek's death was the major twist of the season, which was undeniably heartbreaking and upsetting, but was slightly ruined by the fact that he hadn't appeared in the majority of the season and had been having an emotional affair with another woman while he was in D.C. On top of that, April and Jackson and Callie and Arizona's relationships both fall apart, which felt like the writers were scrambling to create some drama and leave issues for the characters to work through in future seasons. The drama of the season felt kind of random and unconnected, which is not what we've come to expect from Grey's Anatomy.

Unfortunately, season 4 brought us the horrific romance of George and Izzie, which should have never happened. It also centers on the drama of Cristina dealing with the fallout from Burke leaving her and George repeating his intern year, which can get a bit slow at times. There's also the iconic candle-house scene between Meredith and Derek, but it's a little ruined by the fact that they spent the rest of the season in a will-they/won't-they type of situation where Derek wasn't the kindest or most upstanding guy. Beyond Lexie joining the cast and Addison leaving, nothing that interesting really happens in season 4.

Season 7 was a bit of a letdown for Grey's Anatomy fans. While it must have been hard to follow the drama of season 6, we saw many of our favorite doctors acting completely out of character, which made it frustrating to watch. Dealing with PTSD, Christina gives up surgery, but then comes back after fishing, which no one ever really understood. She then kind of jumps into a marriage with Owen, even though it's highly obvious that they don't want the same things. Meredith and Derek come so far in their relationship, only to totally regress back to their season 1/season 2 selves when Meredith interferes with the Alzheimer's trial. Callie has Mark's baby, which totally ruins his relationship with Lexie and throws a wrench into Callie's newly fixed romance with Arizona. While big things happen this season, they seem to happen a little haphazardly for the sake of drama, and the constant bombardment of new tragedies was a little overwhelming. 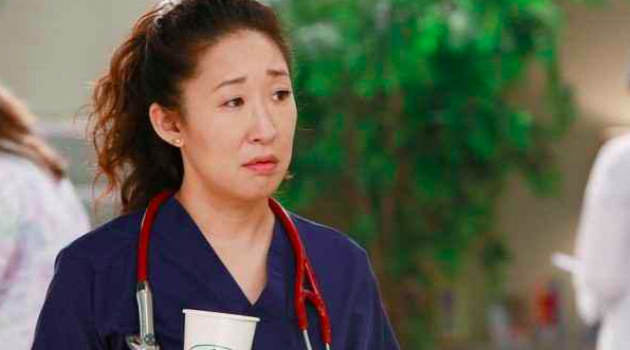 Season 3 mostly follows the characters as they deal with the fallout from their season 2 decisions. It starts with Burke and Cristina fighting through their relationship as they make the unfortunate decision to hide his hand tremor and ends in their wedding where Burke leave Cristina at the altar—one of the most heartbreaking and impactful scenes in the entire series. However, season 3 also introduces us to George and Callie's irritating romance, walks us through Alex and Ava's confusing relationship and centers a lot on Meredith being a complete jerk to her extended family members. Not to mention there's the whole ferryboat scene, which shows us a side of Meredith that no one really liked or wanted to see. It was a good season, but it was far from the best.

Season 9 primarily deals with the fallout of the plane crash in season 8. It marks huge changes for many of the characters as they cope with their trauma and learn to move past the deaths of their close friends. Callie and Arizona's relationship suffers as a result of her leg amputation, Derek deals with his injured hand and Richard's wife dies. However, Bailey also gets married to Ben in a truly beautiful moment, and Alex and Jo start their relationship. The season shows all the characters improving and getting past their trauma, only to end with Richard getting electrocuted in the basement and Callie cheating on Arizona. Despite that ending, season 9 represents a lot of hope for the characters, making it a fantastic season overall.

By season 8, Grey's Anatomy really hit its stride in bombarding the audience with tragedy, but it did so in a way that didn't mimic the chaotic drama of season 7. The defining scene was definitely the plane crash, where we lost both Lexie Grey and Mark Sloan (though we didn't find out about Mark until season 9). However, season 8 also starts the relationship between April and Jackson and includes the storyline of Henry's death, which is one of the most heartbreaking plots in the entire series. Season 8 sets up the series for big changes and launches the characters into new storylines and traumatic situations, which the show definitely needed after eight years. 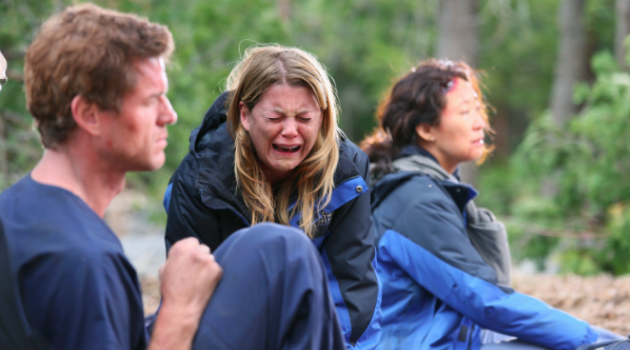 The first season of any show is often new and exciting, as it introduces us to the characters and shows us what we might expect from a new storyline and plot, and season 1 of Grey's is no different. The chemistry of the cast was incredible, and it truly felt like we were getting a sneak peek into the behind-the-scenes lives of hospital staff. The season was rather short—only nine episodes—but it gave the characters a strong foundation from which to build the next thirteen years of the show. The drama was focused more on the actual patients and relationships between the staff, which was perfectly acceptable at the time because the show as so new.

Season 5 represents some of the best and one of the worst storylines of Grey's Anatomy. We're introduced to Owen Hunt, we watch Izzie battle cancer, Izzie and Alex get married, the interns take their teaching into their own hands and Meredith and Derek actually have a semi-functional relationship that turns into an engagement. The culminating moment, however, was George's death at the end of the season. While it was incredibly upsetting to lose one of our favorite characters, it was also the first time that Grey's fans realized that no one was immune to the constant death that plagues the hospital. It was a great season, and with so many amazing storylines, we can almost forgive Izzie's scenes with Denny's ghost. Almost.

Beyond Izzie's frustrating and highly confusing departure from the show (why save her from cancer just to fire her?), season 6 shows some of the best that Grey's Anatomy has to offer. Derek and Meredith get married via Post-It note in one of the most adorable scenes that shines a light on the positive parts of their relationship that are all-too-often hidden. Seattle Grace merges with Mercy West, introducing new and highly beloved characters like April Kepner and Jackson Avery.

But as disastrous and upsetting as it is, the hospital shooting is what really defines this season. The characters are put to the test in ways they never have been before, and fans were on the edge of their seat wondering about the fate of some of our all-time favorite doctors. It included the shocking twists, heartache and tragedy that we've come to expect from Grey's Anatomy in a way that didn't feel cheesy or overdone, making season 6 one of our favorites. 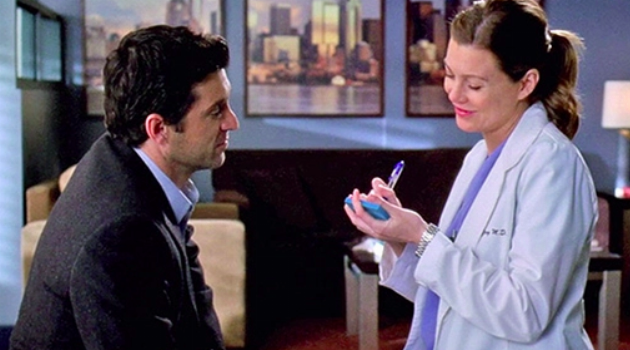 Although season 1 set Grey's up for success, season 2 is when things truly start to take off. It starts with Derek and Meredith dealing with the arrival of his wife, Addison, and it only goes up from there. Season 2 brought us the absolutely heart-wrenching romance of Izzie and Denny, the scene with the homemade bomb, Bailey having a child and Burke being shot. Not to mention the arrival of Mark Sloan and Callie Torres and the iconic "pick me, choose me, love me" scene with Meredith and Derek. Season 2 not only kicked up the drama of the show, it also brought us some of the most incredible moments that are often the first to come to mind when we think about Grey's Anatomy.

Wondering how you would fit in at Grey Sloan Memorial Hospital? Click HERE for how you would die on Grey's Anatomy, based on your zodiac sign.