Iron Man has been one of the most beloved characters in the MCU since he first appeared on the big screen in 2008.

To pay homage to the OG Marvel superhero, we've decided to take a walk back through some of his most courageous decisions. Keep scrolling for our definitive ranking of Iron Man's most heroic moments from every MCU movie.

There's so much more to being a hero than just fighting the bad guys. It's about making the world a better place, through both small and large actions. Tony's decision to mentor Peter Parker marks a less-flashy decision in his hero journey. He's finally learned what being a hero means to him, and he's ready to pass on his knowledge and expertise to someone who can use it. He encourages a new generation to fight for good, knowing that he won't always be around to do it himself. It's not as jaw-droppingly awesome as some of his other decisions, but we'd consider it heroic all the same. 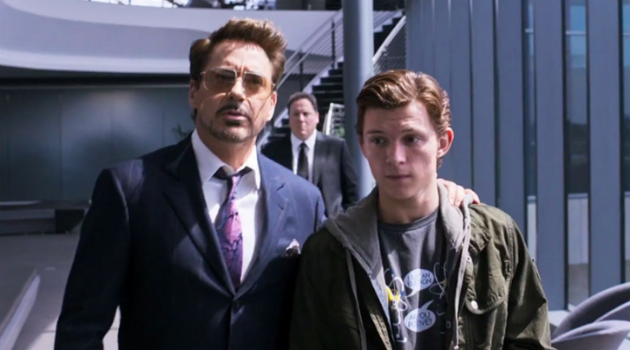 When we first meet Tony Stark, he's an egotistical billionaire who only really cares about himself. His goal is making money, and he does it primarily by selling incredibly dangerous weapons. When he's captured by terrorists in the first Iron Man, his attitude changes. After his escape, in large part due to the help of Yinsen, he returns home and immediately calls a press conference to state that he's shutting down his weapons division.

This action is two-fold. First, it honors someone who made a serious sacrifice for Tony's well-being, showing that his time in captivity changed him from a self-serving jerk to a person with actual feelings. In addition, it puts the health and well-being of people all around the world ahead of Tony's own profit. He loses valuable money, but he's committed to making a better world. It's one of his very first heroic acts, and one with a lasting impact. 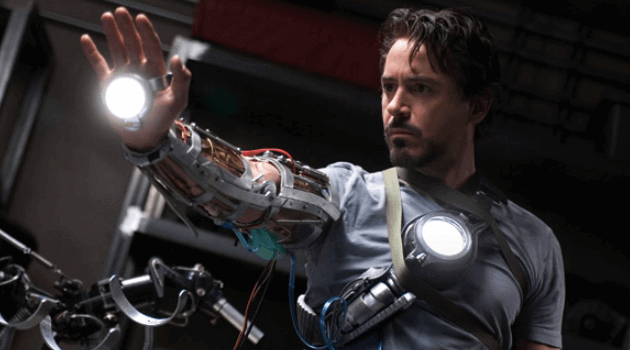 At the start of his Iron Man career, Tony maintains his typical narcissistic, egotistical behavior. He decides that he's a superhero, but he doesn't want to accept help or bow to the will of anyone around him, despite the fact that he might present a security risk. At the end of Iron Man 2, however, he realizes that he can't do everything by himself.

He fights off Ivan Vanko with Rhodey by his side, using his friend's abilities to his advantage. It's the first time he accepts that there might be more benefits to being on a team than there are to fighting alone. It's this attitude that eventually leads him to accept his place on the Avengers squad. He vanquishes a villain and experiences some personal development—all the markings of a true hero moment. 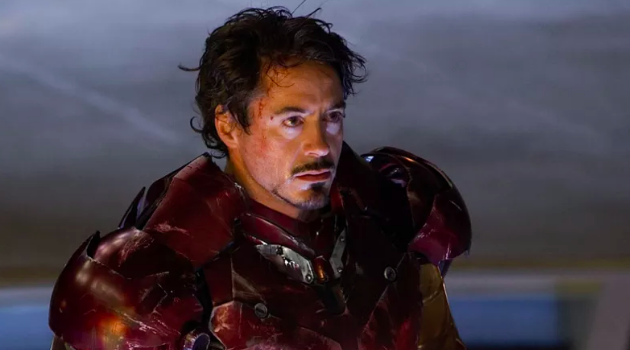 In his superhero journey, no moment really cements Tony's place as Iron Man quite like his decision to remove the arc reactor from his chest. Throughout all of Iron Man 3, Tony battles various opponents in order to learn the ultimate identity of the Mandarin. He does so using faulty suits or no suits at all, while simultaneously battling his own PTSD from the Battle of New York. Eventually he defeats Aldrich Killian and ends his reign of terror on the world. Heroic? Definitely.

But his true bravery comes in his decision to undergo surgery to remove the shrapnel near his heart—rendering the arc reactor useless. Up until that point, Tony tied his identity to his suit. His ability to be Iron Man hinged on his toys and gadgets, not on his own heroic decisions. By removing the arc reactor, he embraces the idea that he's a hero on the inside, not only on the outside. It makes him into a true hero, instead of just a guy in a suit. 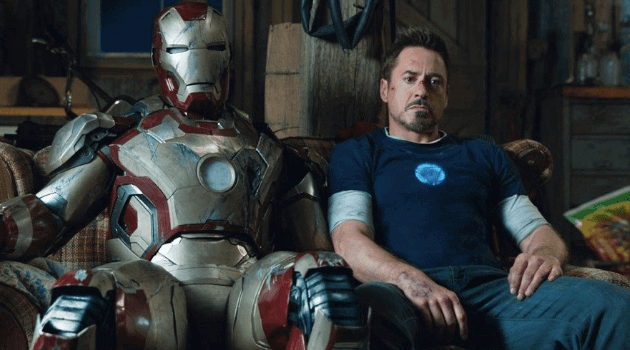 When Tony finally accepts that being a superhero is about more than just donning a suit, his attitude towards everything begins to change. This is most clearly shown through his controversial decision to sign the Sokovia Accords, leading to the battle between him and Captain America. No matter who was right or wrong, Tony's decision to submit to outside governance was a heroic act. He understood that he didn't always have the right answer, and he accepted that regulating the actions of the Avengers might be in the best interest of innocent civilians.

It was a huge divergence from his attitude in previous films. The Tony of earlier MCU movies didn't want anyone telling him what to do. By signing the Sokovia Accords, Tony basically admits that he doesn't always have the right answer. He's open to guidance if it means helping the people of the world, which is a heroic act in itself. 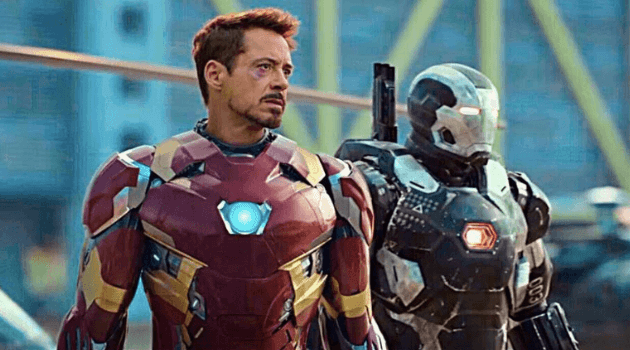 When Thanos first appears on Earth in Avengers: Infinity War, Tony is finally on a good page with Pepper. In fact, they're engaged and even discussing the possibility of children. However, as soon as Tony realizes the world is in danger, he drops everything and goes to help. He battles Thanos and even follows Doctor Strange into space to ensure the safety of the Time Stone. This heroic act sets off a chain of events that eventually leads to his epic showdown with Thanos. It's a heroic moment because it shows that  Tony will always be there to help, no matter what the personal cost might be. 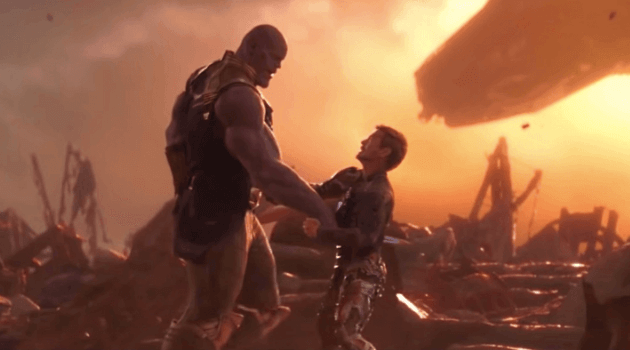 Just as Tony is finally happy with Pepper Potts, the Avengers show up to ruin his life, per usual. Five years after Thanos' snap, Ant-Man finally appears and tells the Avengers about his time travel theory. They immediately consult Tony, who's happily living a quiet life with Pepper and his daughter. He initially refuses, but he eventually discovers that Scott's theory might just work. In the interest of saving the rest of world, he agrees to help the Avengers in their quest to undo Thanos' snap.

At this point in the MCU, Tony's decision to help was nearly a given. However, it's still heroic. He has a happy life. He's moved on from the snap. He doesn't know what he'll be sacrificing if their plan isn't executed perfectly. And yet, he still chooses to help because he knows that the Avengers won't accomplish anything without him. Once again, he puts the needs of people around the world ahead of his own—making it one of the most difficult, and most heroic decisions, he ever has to make. 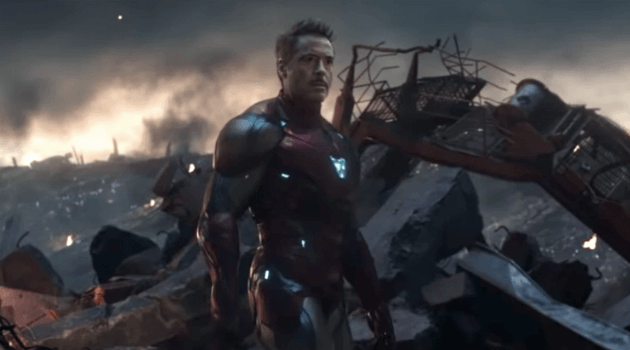 In the very first Iron Man movie, Tony battles an old friend who's co-opted his newly invented Iron Man suit. In an effort to beat Obadiah Stane, Tony instructs Pepper to overload the large arc reactor in a Stark Industries building, despite the fact that he's standing right in the crossfire. Of course, things work out well and the arc reactor destroys Iron Monger while Tony's life is preserved. However, it's the first time we see that Tony is willing to sacrifice himself for the greater good. He wasn't sure how things were going to work out, but he knew he had to defeat the villain.

From the very beginning, Tony's heroism is obvious. Is he still a self-centered jerk at times? Of course. But he's also someone who cares more about the well-being of innocent people around him than he does about himself. This is just the first in a line of actions that prove that mentality. 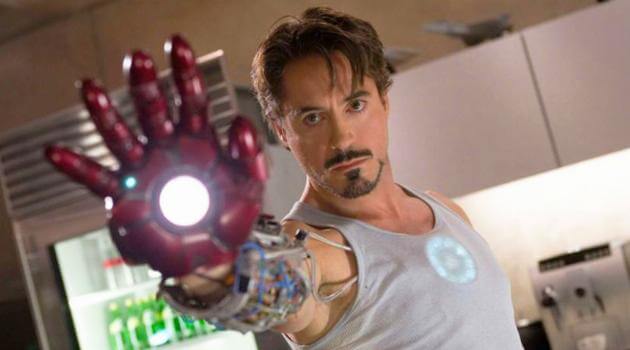 The Battle of New York was an iconic moment for all the Avengers, but none more than Tony Stark. After defeating Loki, the Avengers were faced with the problem of stopping the Chitauri, all while dealing with a nuclear missile fired by the World Security Council to end the invasion. Upon Fury's instruction, Tony intercepted the missile and guided it through the portal toward the Chitauri fleet.

While the act was heroic on its own, it was made even more impactful by the fact that Tony didn't know if he was going to survive. He fell back through the portal just as it closed, narrowly escaping death. Once again, Iron Man proved that he was willing to sacrifice himself if it meant safety and protection for others. 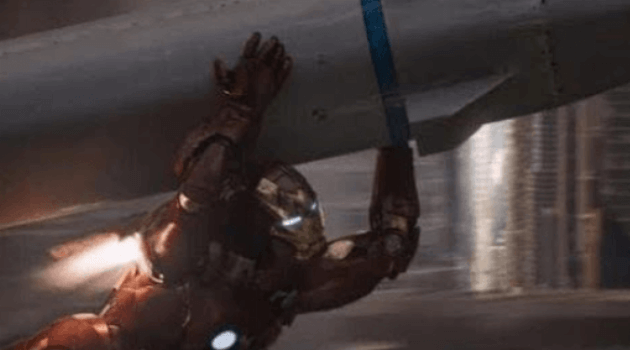 Of course, Iron Man's most heroic moment of all has to be the snap—the sacrifice that saved all of humankind. In Avengers: Endgame, Thanos decides that wiping out half the universe just isn't going to cut it. Instead, he has to wipe out everyone and rebuild the world from scratch. He gets his hands on all six Infinity Stones and snaps, only to realize that Iron Man has transferred them to his own glove.

Knowing that he has little chance of survival, that Pepper and his daughter are waiting on him, and that he's giving up the happy life he always dreamed about, Tony uses the Infinity Stones to wipe out Thanos' army, killing himself in the process. He gives up everything he ever cared about to make sure everyone else gets the happy ending they deserve. It's  the ultimate hero moment, and one that will not soon be forgotten. 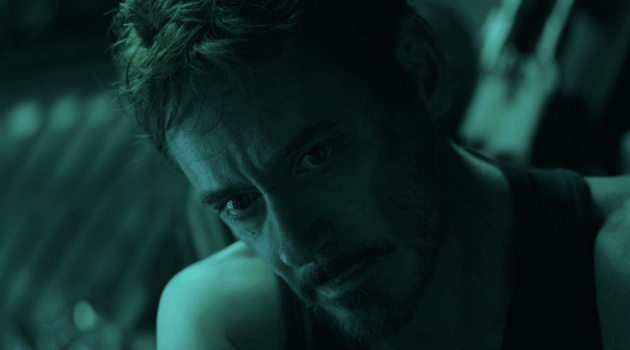 Still not over the events of the last MCU movie? Click HERE for 10 Avengers: Endgame quotes that double as perfect Instagram captions.