A Definitive Ranking of All 20 Nintendo Switch Online SNES Games

Last week, Nintendo did what we'd all been hoping and praying by dropping 20 Super Nintendo Entertainment System games on Nintendo Switch Online.

Among the new titles were some unrefuted classics, deep cuts and hidden gems—but which ones are which? I played, and ranked, every single one of the games so you can cut to the chase and start playing the best ones ASAP.

Maybe there's a gem of an RPG hidden within Breath of Fire, but anyone digging through Nintendo Switch Online's SNES library would have to possess the patience of a saint to find it. The opening to Breath of Fire is a slog, bombarding the player with exposition and plot for a number of minutes before they're given a chance to jump into the game's generic turn-based action. Even the fact that the city is on fire and under attack from dragons can't make it very exciting. If you're a diehard fan of old school RPGs it may strike a chord with you, but otherwise, feel free to give it a pass.

Sports games rarely click for me, and Super Soccer is no exception. Even when I made the game completely imbalanced, giving myself the team with the best stats and the computer opponent the team with the worst, I didn't manage to score a single goal during my match. The game gives players a weird downfield perspective, which means when the action is happening toward the screen, you can't tell what's going on at all. Since the goals swap sides, this means that half the time you can't see what's happening. It's not a great experience. Soccer-lovers may get more mileage out of the game, but it's unlikely to win many converts. 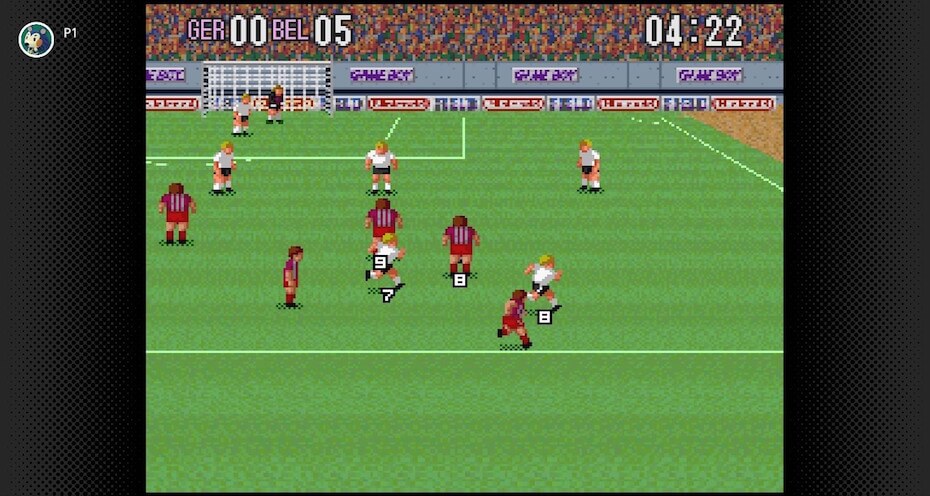 Super E.D.F. is a pretty run-of-the-mill shoot 'em up game. While it offers plenty of options in terms of weaponry for your ship, each with their own pros and cons, it's too punishingly difficult from the getgo to allow players to ever truly get the hang of what they're doing. Rather than lives, you have shields, and once your shields run out (which can easily happen without the player even noticing) you're forced to use one of your three Continues. The game does get better if you can make it through the first stage, but it can take many, many attempts to get there—and by then it might be too late. 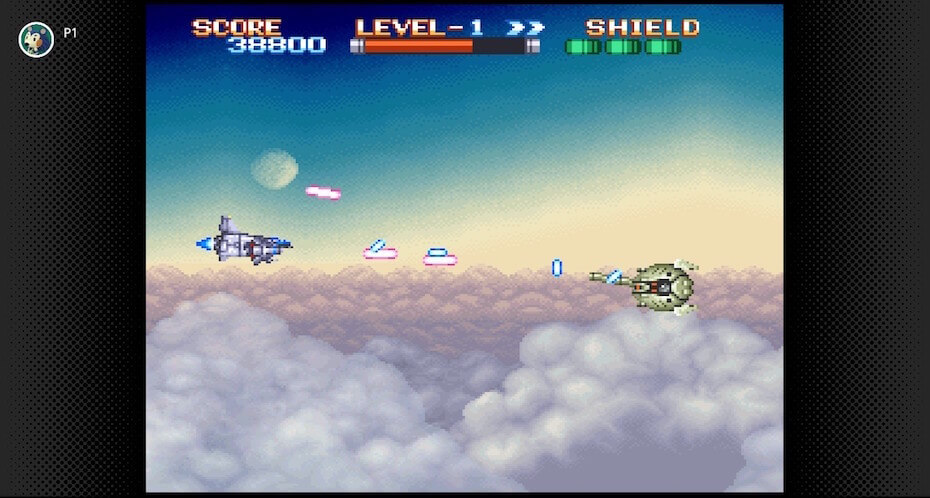 Even with five different fighters with their own unique move sets, Brawl Brothers' novelty can wear off fast. It's a classic side-scrolling beat 'em up, and while it's plenty of fun at first, the levels and enemies quickly become predictable and repetitive, and it certainly doesn't help that it's difficult to consistently land hits on them. If you love side-scrolling beat 'em ups, you may get a kick out of it, but it won't offer anything you haven't seen before.

Kirby's Dream Course is an interesting experiment, taking a minigolf setup and injecting it with enemy targets, with Kirby as the ball. It's a brainteaser more than anything else, with the challenge ramping up further and further as you progress. While it isn't the deepest experience in Nintendo Switch Online's library of SNES titles, it'll definitely keep some fans engaged for a while.

I think of Stunt Race as a chiller version of F-Zero. It's a racing game in which the cars are stunt vehicles, and you must be careful not to run into many obstacles and build up damage. The chunky graphics aren't beautiful, but they're quirky and they get the job done. On the other hand, 3D visuals can be a bit tricky to read at times, particularly when a corner or obstacle appears suddenly. While the controls can take a bit of getting used to, there's still plenty of fun to be had with it. 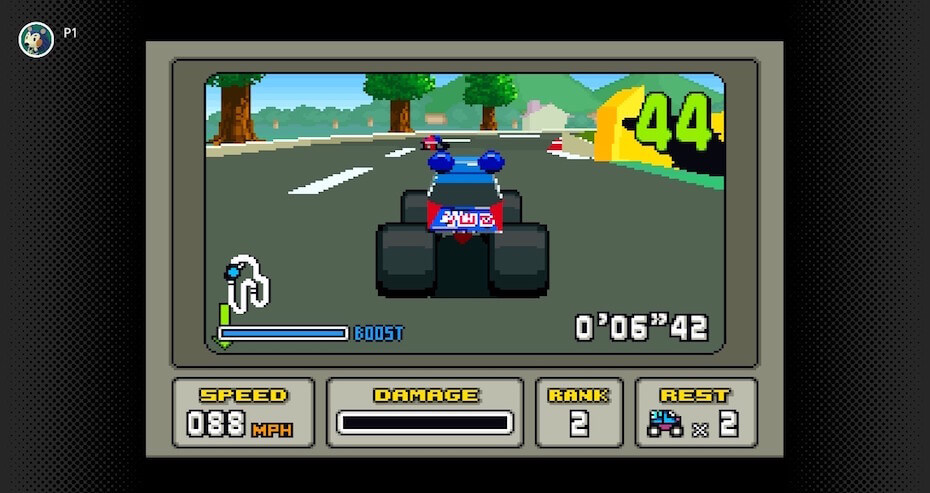 Super Tennis is a surprisingly solid little sports game. While it looks incredibly simple on the surface, the different types of shots give it a lot of depth, and the different aspects of the game are tough but satisfying to master. While there isn't much to the game, tennis fans will be hooked. And do yourself a favor and run through all of the wacky character designs, too. 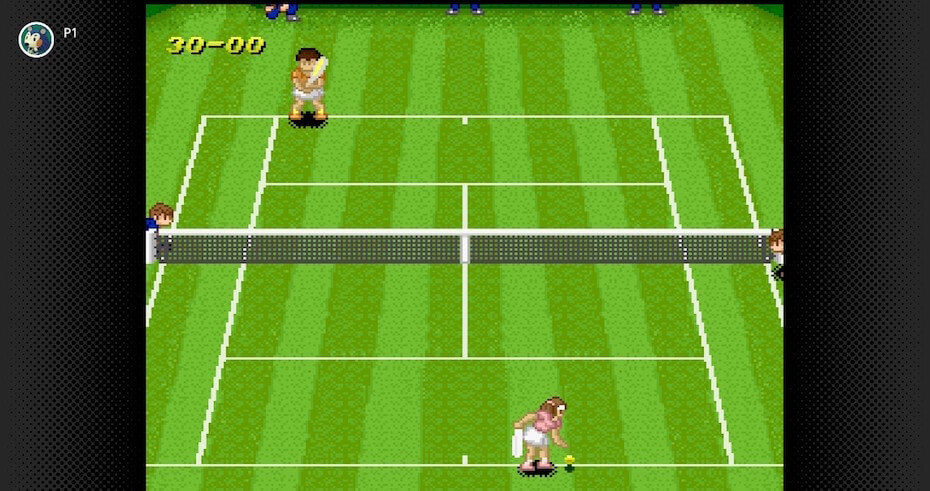 While I acknowledge this game's cult status as an iconic SNES title, I just find it too darned hard to enjoy it as much as other people do. Obviously, the game boasts some incredible design and awesome music, but it can only be experienced if you can stand up against the game's notorious difficulty. Nintendo Switch Online's rewind system does make the game slightly more bearable, as I can utilize it to correct any errors, but the game still takes serious skill to overcome. Maybe with a little practice, it'll manage to climb even higher on this list.

I hate to rate a Kirby title so low, but as charming and gorgeous as this little game is, it simply isn't that engaging. The buddy characters are adorable and flesh out the gameplay a little bit, but the pace is incredibly slow, and the obstacles don't offer up that much of a challenge. It's fine if you're seeking a more laid-back experience, but you're not going to find too much excitement here. 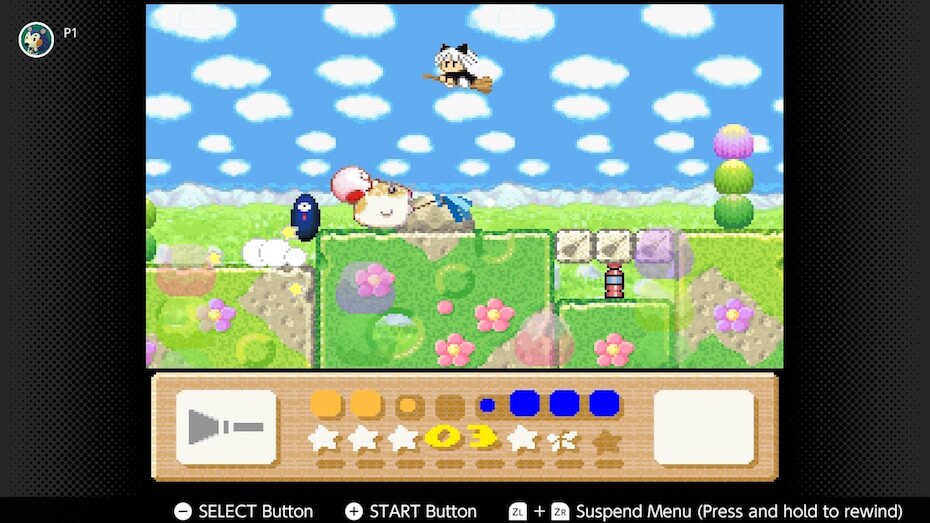 I may be slightly biased on this one, because I remember renting this game from the Video Circle down the road and having a blast with it. Clearly, it was a different time. But Joe & Mac 2 still provides some great entertainment. It's a 2D platformer featuring cavemen protagonists in a world where humans and cavepeople cohabitate, and while it's quite challenging, it's also a delight. 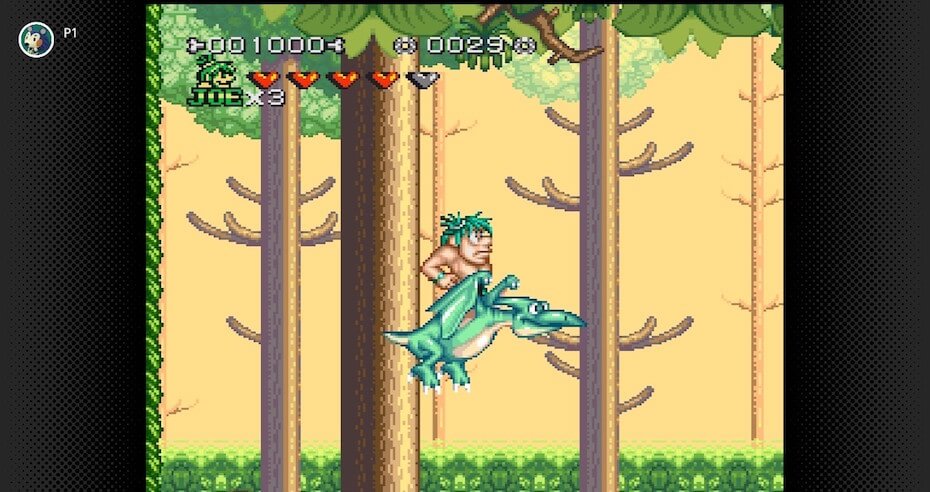 I've been intrigued by this series ever since I first got my hands on Puyo Puyo Tetris, and this title fully delivered on what I was hoping for. Its simple puzzle mechanic stands the test of time, and its campaign mode against strange and adorable creature pits the player against various characters with their own strategies and analyze and emulate. Once I started, I refused to put the game down until I'd beaten every last one of them. 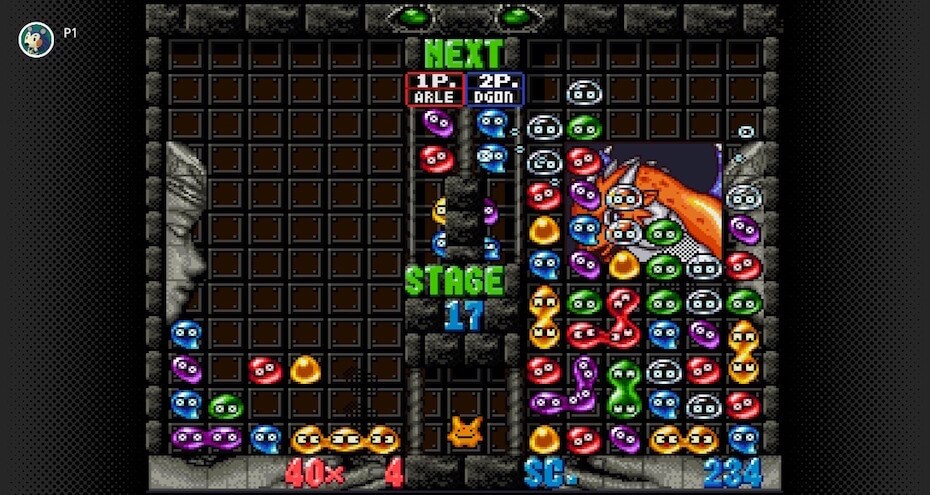 Star Fox was graphically revolutionary for its time, but it hasn't aged all that well visually. Unfortunately, the outdated polygons detract from the gameplay and not just the aesthetic. The game's very basic shapes can make it tough to comprehend what's happening on screen, particularly during boss battles when being focused is most critical. However, if you can make sense of the game's blocky shapes and odd textures, there's some strong gameplay here that makes it easy to understand why Star Fox went on to be such a beloved franchise.

There's something about the ridiculous speeds achieved in F-Zero that always make it a thrill to play, even though I'm not that good at it. The fast-paced action always feels exciting and dangerous, particularly when you know that at any moment, you could make a wrong turn and your car could explode in the middle of a race. Even all this time later, the game feels fresh and compelling. Speaking of, it's probably time we got a sequel for the Nintendo Switch.

Pilotwings is an odd little game, but I've been struggling to put it down. It's a flight simulator, putting players through a number of certification lessons such as landing a light plane, hang gliding, skydiving and using a rocket pack, and grading them on their success in each one. With the Nintendo Switch Online's rewind feature, it's especially tempting to achieve perfect scores with each one. Plus, once you've cleared all four instructors' courses, the game finishes with a bizarrely intense mission. It's all over far too fast, but the fun is great while it lasts. 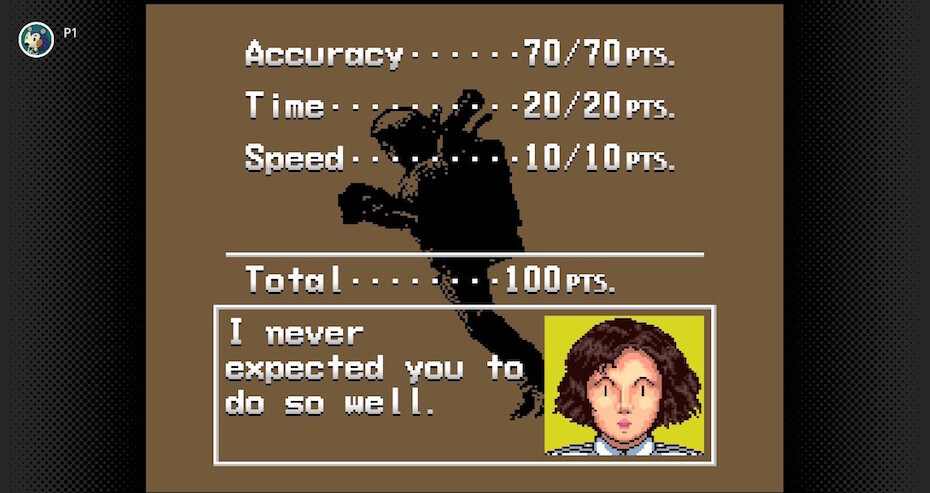 Where has Demon's Crest been all my life? The game is technically a spinoff of Ghosts 'n Goblins starring the villainous Firebrand, but it manages to be much more accessible (and fun) than any of the games in that series with more responsive gameplay and a flight move with tons of amazing applications. The game boasts impressive visuals, and as you progress through the game, you unlock different demon forms with their own unique abilities, which you can swap through with the pause menu. The game is as seriously fun as it is challenging, and I'm legitimately upset no one told me about it sooner. 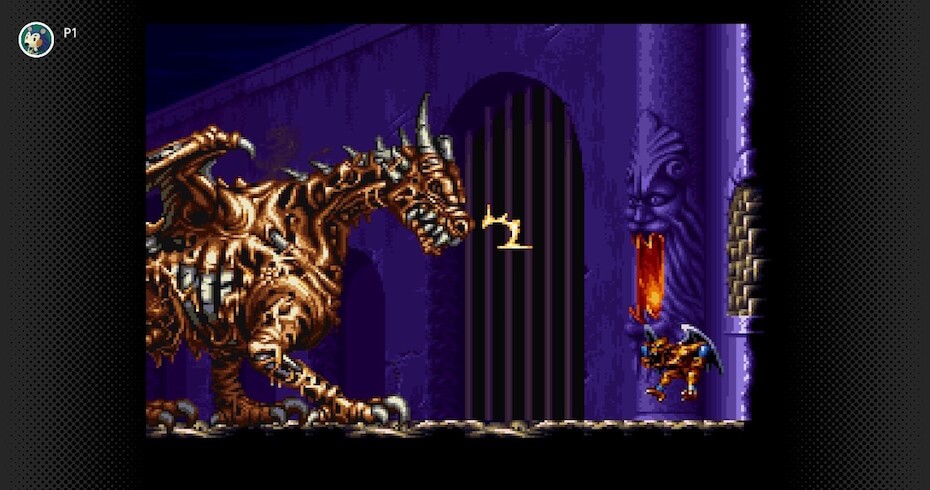 Super Mario Kart takes everything that worked from F-Zero and expanded upon it to create one of Nintendo's most successful franchises to date. It's racing with that perfect Mario twist, featuring Mario and his friends and enemies as the racers and whimsical themed racetracks. Even the items were Mario-inspired, and their inclusion meant for even more chaos and fun. Even with its old school look, it's still just as playable today as it was all those years ago.

Super Metroid took the groundwork laid in the first two Metroid games and polished them into something beautiful, haunting and endlessly playable. Many people consider this the best title in the series thanks to its massive map, challenging exploration and the way it perfectly blends horror and sci-fi to create a singularly creepy atmosphere. It's not the best game to play if you can't stand being lost and not knowing what to do next, but it's a classic and genre-defining Metroidvania that pushed the system to its limits.

The Mario games defined the 2D platformer genre, and Super Mario World is one of the best there is. It takes everything established in Super Mario Bros. and Super Mario Bros. 3 and makes them bigger and better, with branching paths to secret worlds, and the introduction of Yoshi as Mario's dinosaur companion. The game is an undeniable classic, and it's just as much fun to play today as it was 27 years ago. 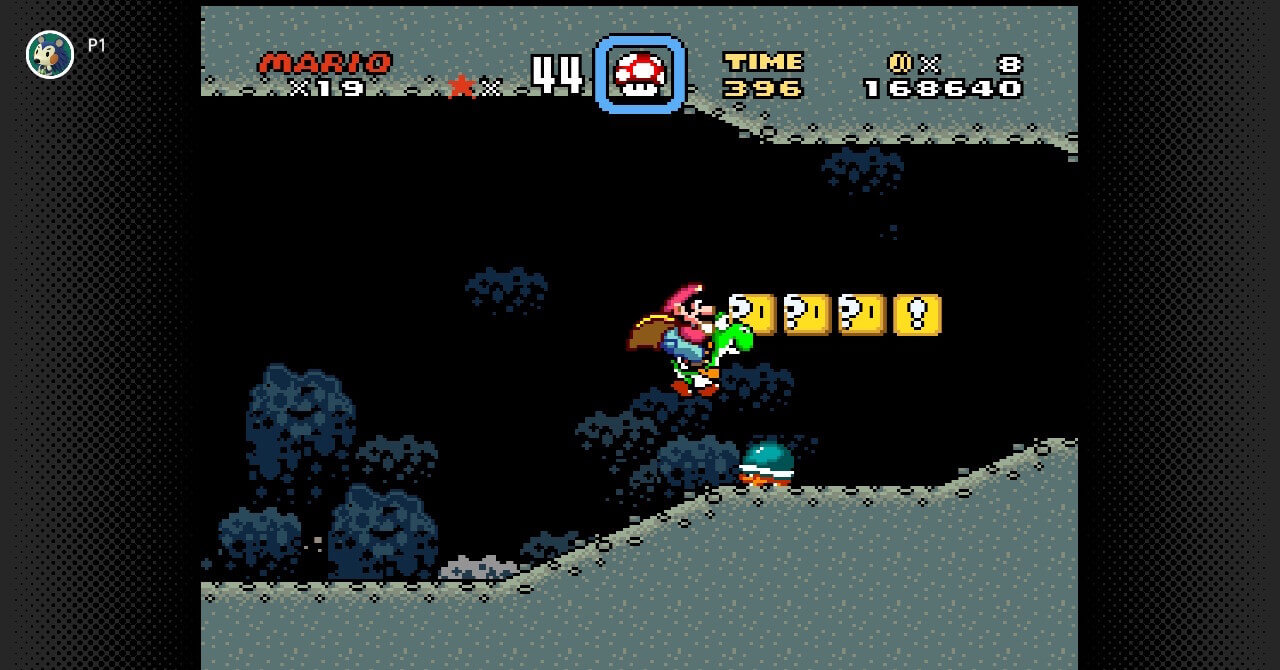 Slightly unpopular opinion, but I happen to like Yoshi's Island even more than I like Super Mario World, and that's saying something. It's also a 2D platformer, but this time, you play as Yoshi, carrying Baby Mario on your back as you try to thwart Baby Bowser's plans and reunite Mario with his brother. It introduced the egg-throwing mechanic and fluttering jump that have since become Yoshi staples, and the world is filled with stunning landscapes and even better music. This game set the gold standard for all of the Yoshi adventures that followed, and it's just as iconic as the game that came before it.

1. The Legend of Zelda: A Link to the Past

Historically, this game would have ranked a little bit lower on this list, but on my last playthrough of A Link to the Past, something completely clicked and I fell in love with it all over again. While the game limits what you can do at first, each additional item you collect expands the world further, until it's so wide and sprawling it can be daunting to decide what to do next. And that's before you even unlock the Dark World. Packed with amazing music, great combat and some of the very best dungeons in the Zelda franchise, it's a must-play if you're curious about Link and his adventures. 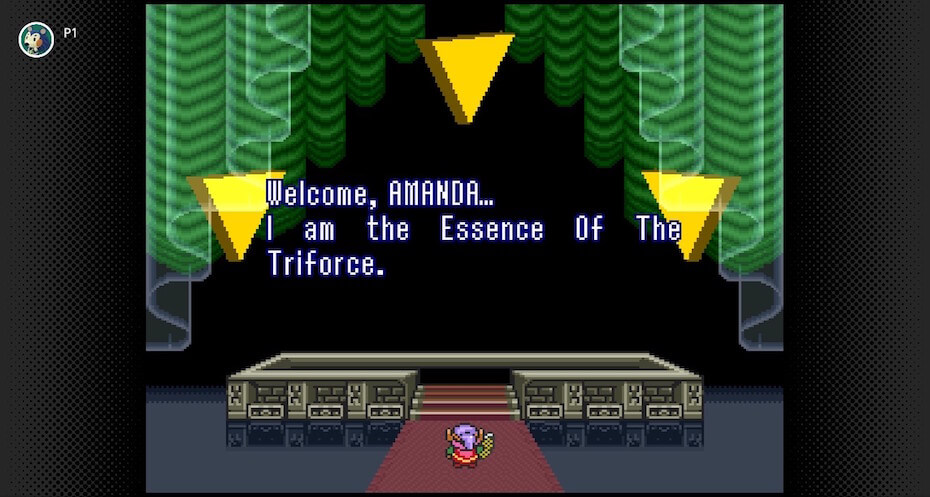 (The Legend of Zelda: A Link to the Past via Nintendo)

If you're looking to add some great games to your Switch library, click HERE to find out the Nintendo Switch game you need to play, based on your zodiac sign.