6 Reasons Zendaya Will Be The Ultimate RDMA Host

Yesterday, we learned that Zendaya will take the stage on April 25 as the 2015 Radio Disney Music Awards host, and we don't think the show could be in better hands. The show is still a month away, but we're gearing up to with our favorite Zendaya RDMA moments ever!

By the way, you can enter for a chance to co-host the RDMA red carpet. Contest details here!

1.We're still in love with her funky, fun and totally on point shorts and blazer from 2013

2. And Z and Dancing With the Stars dance partner Val Chmerkovskiy were too cute dancing to the state to present the Ultimate Breakout Star award at the 2013 RDMA

3. Her airy white and pastel outfit was flawless yet again in 2014

4. And we loved when Zendaya shared her "Replay"-themed Radio Disney signoff with us last year on the carpet 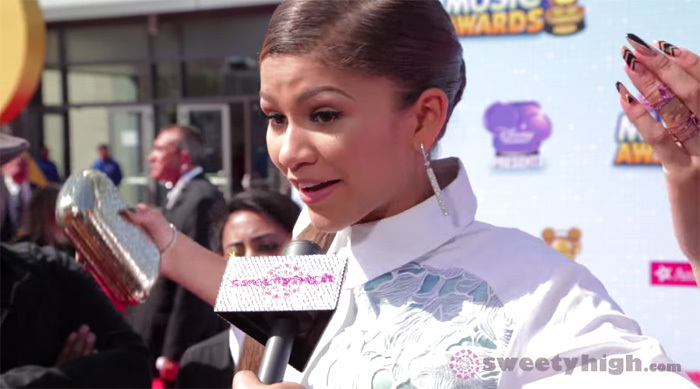 5. Plus Zendaya's performance of "Replay" was STUNNING

6. And she totally deserved to win the You've Got Swag style award last year. Maybe she'll win again in the So Fierce category?

"People say swag is dead, but we keeping it alive"

What's your favorite Zendaya at the Radio Disney Music Awards moment of all time? Share with us in the comments and join our ZSwagger community at SweetyHigh.com.