The release of the next James Bond flick, No Time to Die, has been delayed yet again for a 2021 release, but no matter when it comes out, it'll be Daniel Craig's last outing as the iconic character.

That leaves an opening, and some very big shoes to fill. There are a number of incredible young actors who could potentially take up the mantle as Bond, and although he's outright denied rumors that he's in the running, we're utterly fascinated by the idea that Harry Styles might become 007.

Whether it's wishful thinking or something that could actually happen down the line, here are a few reasons he'd be excellent in the role.

The Man Can Rock a Suit

When we think of James Bond, dashing tuxes and well-tailored three-piece suits immediately spring to mind. Elegant suits are, without a doubt, Bond's signature look, so it's essential that whoever is cast to play him can wear them proudly and look incredible at the same time. We don't think we have to explain, but Harry knows his suits. And not just plain, traditional looks either. He's as confident in wild and outlandish patterns as he is in something totally classic, which could come in handy if Bond is headed in a new direction with the next films. And if the franchise is going back to its '60s roots, as some have suggested, we think he'll be very comfortable embodying that era.

He Has the Acting Chops

When Harry was cast as Alex in Christopher Nolan's 2017 war epic, Dunkirk, his fans were ecstatic, while Nolan film buffs mostly met the decision with skepticism. When the film finally released, both parties were pleasantly surprised by his enviable acting ability. Not only was his performance subdued and grounded, but Harry wasn't afraid to go a little dark, playing a character who lets his fear and sense of self-preservation get in the way of his thinking. His performance was impressive, leading to a second big role in Don't Worry, Darling opposite Florence Pugh, Chris Pine and Gemma Chan. He's only getting started as an actor, and we're curious to see where that will lead him. 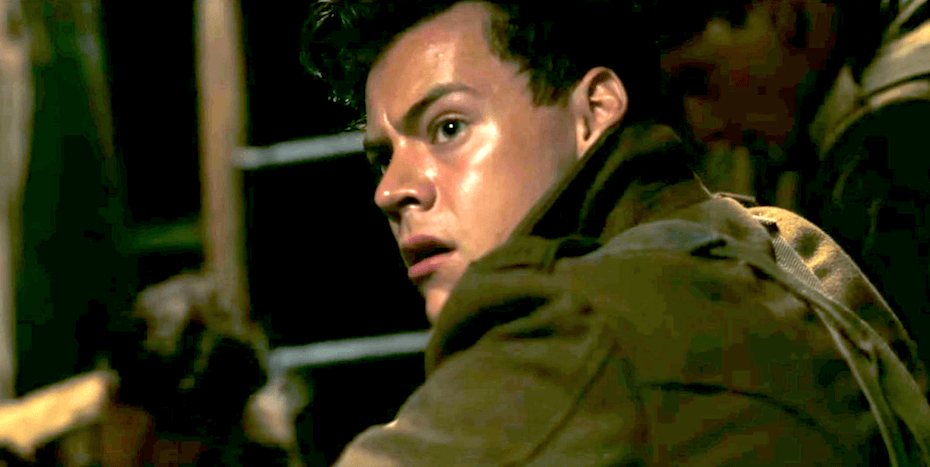 Unless you've been following Harry's journey from the very start, we wouldn't blame you if you didn't necessarily recognize him from year to year—or even month to month. Harry's look has been known to change over time, and even though he's developed a unique style that's all his own, he's also shown that he can adapt to any situation. For Dunkirk, for example, he chopped off his long hair to appear as an English World War II soldier, and totally looked the part. Even if you think Harry doesn't have quite the aesthetic needed to be James Bond, we bet you'd be surprised by the transformation he could make. Plus, since Bond is a spy, Harry's changeability would enhance his espionage skills.

He's Already Got the Jetsetter Thing Down Pat

James Bond is an international spy who's constantly traveling the world to exciting and exotic locales. Often, the nature of his work (as well as the films' exciting action set-pieces) is informed by his travels. While this kind of jet setting might be new to many actors, Harry Styles is no stranger to exploring the globe. As a member of one of the biggest boy bands in history, touring was a routine part of the gig, and even his solo work has involved some scenic detours. It's almost like he's been 007 this whole time.

His Theme Song Would Be Epic

Since the second James Bond movie, 1963's From Russia With Love, each film has been accompanied by a theme song performed by a popular pop artist of the time. No Time to Die's titular theme song, for example, was stunningly performed by Billie Eilish. But if Harry were to be Bond, we think it wouldn't be out of line for him to record a theme song of his own. No Bond actor has ever sung his own movie song before, but there's no reason we can't start a new trend.

Love all things Harry? Click HERE to find out what happened when we listened to Harry Styles' Calm app sleep meditation.