For centuries, prom has been lauded as the pinnacle high school experience.

Everything you've done has amounted to this moment. It doesn't get much better, right? I beg to differ.

My prom experience was nothing like those shown in movies and on TV, not in the slightest. Where most girls are excited and eager to attend the dance, my story is quite the opposite. I was forced to go to prom by my mother.

I didn't want to attend, but my mother (against my will) made it happen. To this day, I'm still bitter about her making me go. Keep reading to discover all the valid reasons why!

She Forced Me to Go

When I say she forced me to go, I mean it. I had absolutely no say in the matter. The second I entered high school, I knew prom wasn't for me. I was adamant about not wanting to attend, but my mom had other plans. I begged and pleaded with her not to make me go, but she said I had to do something somewhat memorable before I graduated. So, without my consent, she purchased my prom ticket for me. I had never been more upset with my mother in my entire life than in that instance. I don't think she realized that going behind my back to purchase a prom ticket made me not want to go even more. And I already did not want to attend my senior prom. Yet, I still went along with it to appease her, though she was the one constantly holding me back throughout the whole process. This brings me to my next point.

She Wouldn't Let Me Get the Dress I Wanted

I didn't want to go to prom, but I did dream about the dress I would wear if I ever did attend. As in any pivotal scene from a high school flick, I wanted to show up dressed to the nines, as if I had my own fairy godmother getting me ready. I wanted to make an entrance and receive justice for going unnoticed all throughout my high school experience, as I cascaded down a flight of stairs in a flowy ball gown while Jimmy Eat World played in the background.

After days of flipping through hundreds of Seventeen magazines, I found the dress that would allow this ridiculous dream of mine to come true. It was a pristine white satin gown with a sweetheart top trimmed with rhinestones. This description does not do it justice, but picture the dress Hilary Duff wore in A Cinderella Story with a lot less tulle in the skirt. Anyway, my mom nixed the dress upon discovering the price. Though it was expensive, it was the only gown I would willingly ever spend hundreds of dollars on. When I say "hundreds," I'm 90% sure that dress was close to $1000. Far too pricey, but man was it beautiful.

Though I, once again, begged and pleaded for her to buy it, she told me to look elsewhere. I did. I didn't find anything. Then the day before prom (it might've been a handful of days before, but as I have a flair for the dramatic, we'll say it was the evening before prom), I found a red dress at David's Bridal (which you will see later in this piece). It wasn't anything showstopping, so it wouldn't aid in my grand entrance, but it was a dress and it would do. I believe I still have that dress in my closet, so if you'd like to borrow it, let me know. 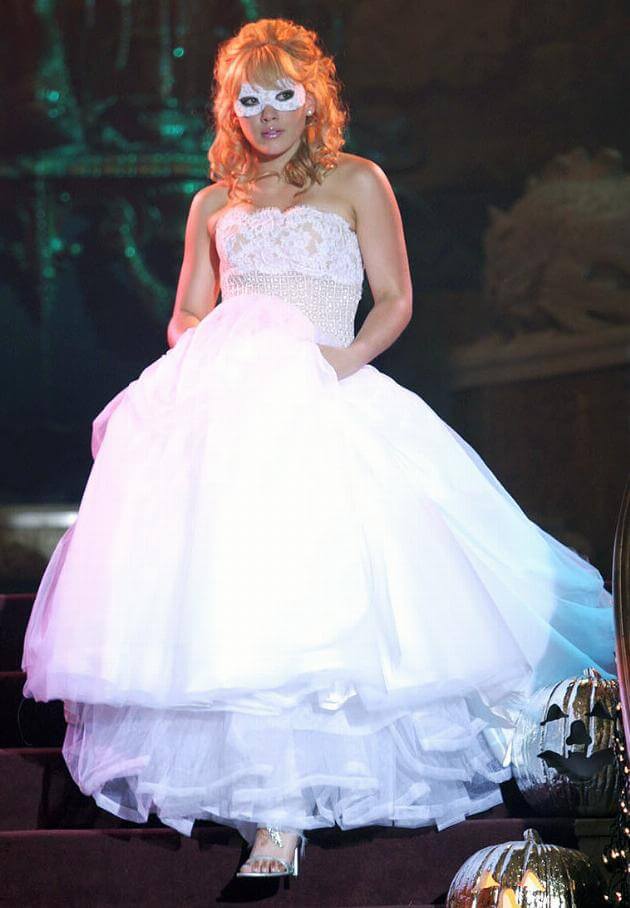 Apart from not really helping me with my dress, my mother didn't offer any aid when it came to my hair and makeup. I don't entirely remember why, but I'd bet it was because she thought it was too expensive. And this, ladies and gents, is where I get my frugality from. Anyway, back to my mom being a nightmare, I was left to find someone to do my hair and makeup. I had two of my closest friends come over beforehand (they somehow lucked out of not going to prom) to do it for me. Because I didn't exactly know what I wanted, I ended up walking out of the house a complete and total hot mess. My friends really did try to fix my hair up nice and do my makeup in a way that accentuated my features, but alas, it didn't work. If you keep reading, you will understand why.

She Wasn't Even There for Pictures

On the day of prom, my mother was (wait for it) nowhere to be found. I remember my stepdad being the only one around, so he snapped a quick photo of me before he drove me to my friend's house where we would (unfortunately) take more photos that would be shared on Facebook. And though I tried to untag myself in all of them, they still exist. But back to my mom being absent from this whole experience. She wanted me to do this, but she wasn't even around for the big reveal. To this day, I still don't know why, but I don't really care to remember. The important thing is that she was not around for something she forced me to do. 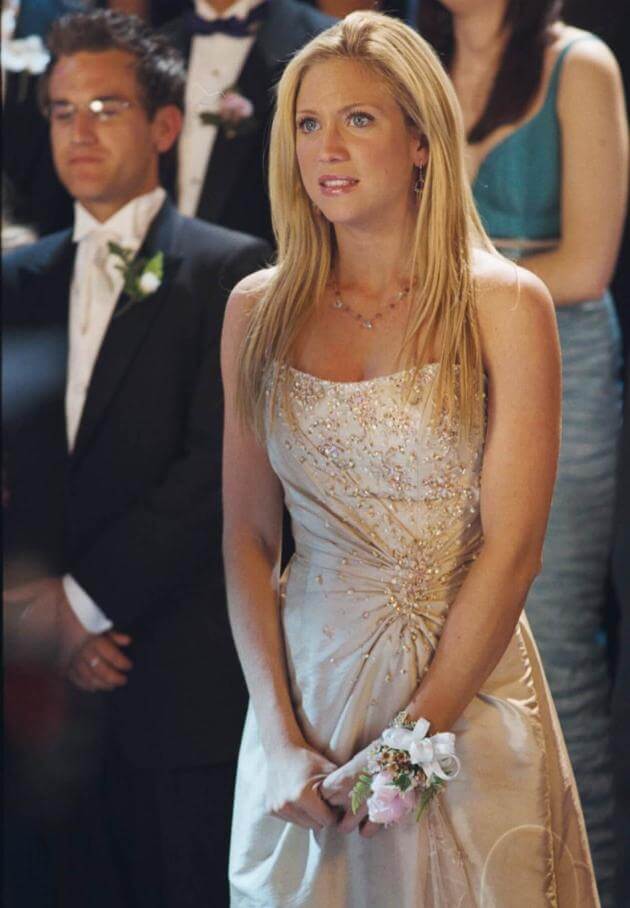 She Complained About All the Expenses

Not only was she unwilling to splurge on my prom dress and a hair and makeup appointment, she complained about every little expense—including the ticket price, which she paid for without my consent. I'm fuming just thinking about making me feel guilty for all the money she "spent" on me to be involved in this unnecessary high school tradition. From the dress to the food, she was irritated by the price of it all. To be fair, I get it, but that was part of the reason I didn't want to go in the first place. Everything about prom is really a waste of money, in my eyes. But when my mom wanted me to go, she had no right to complain about this aspect. I'm sure she'll say she didn't act this way, but I have a memory like an elephant; I never forget.

I'm Mortified by My Prom Pictures

Here it is, the moment you've all been waiting for—my horrible, awful, terrible, vile, disgusting, gross, vomit-inducing prom pic (Yes, you're only getting one). I want to say it's not that bad, but it is. It's that bad. I almost didn't share this with the world, but it already exists on the internet and someone was bound to find it regardless. So, enjoy. You can literally see the uncomfortableness oozing out of every single one of my pores. Looking at it, I'm not sure if I want to laugh until my stomach hurts or cry until I'm dehydrated. Moral of the story, don't let your friends do your makeup and don't settle for a cheap prom dress. Most important of all, don't let your mom force you into going to prom. 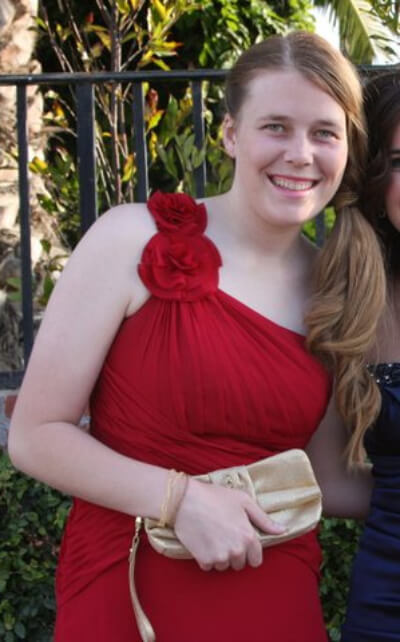 (Photo courtesy of one of my high school friend's parents)

Prom Wasn't All That Memorable

Apart from the moments leading up to prom being a nightmare, prom really wasn't all as memorable as it has been made out to be. It's supposed to be the most magical night of your high school life, but I don't really remember much of the dance. I remember showing up, sitting at a table until it was over, then leaving with my friends to go home and eat all the leftover catering. That was it. That was the moment I'd been waiting for. I still don't understand the hype surrounding the silly little function. To me, it's a waste of time, energy and money. You're far better off doing something you'll actually enjoy and remember, like going to Disneyland. Sure, it's expensive, but at least the happiest place on earth will never disappoint you.

Attending your high school's prom isn't for everyone. If you're adamant about not attending the dance, use THESE Instagram captions for all your anti-prom pics.