If you love Pokémon, you'd be doing yourself a disservice by not checking out the new Pokémon Sword and Pokémon Shield games on the Nintendo Switch.

After more than 20 years, the franchise is still delivering on fantastic games full of wonderful creatures—and best of all, they continue to be massively fun. The kind folks of Nintendo sent us review keys for both Pokémon: Sword and Pokémon Shield to enjoy, though, I've been mostly been playing Shield, and here are the six huge reasons I'm completely obsessed.

The Game Is as Long as You Want It to Be

These games are special because they really feel like they're designed to allow players to progress at their own pace. As soon as players leave the first town, they can enter the vast Wild Area and immediately encounter over-leveled Pokémon that will easily overtake them unless they're careful and run away. Venture out even further, and these powerful Pokémon become plentiful. The fact that you can see Pokémon running around in the wild and pick and choose your interactions is also a boon to trainers everywhere, allowing you to strategize before you enter fights and navigate previously frustrating navigate caves and long stretches of water with ease. 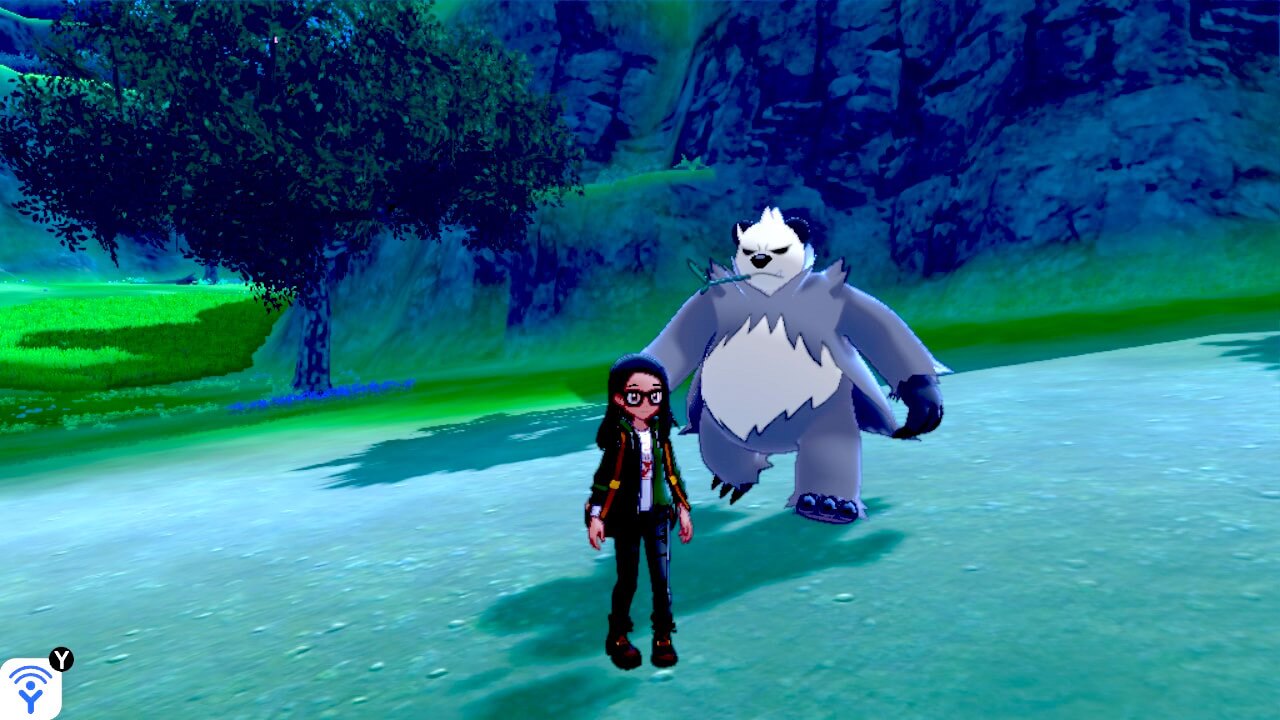 This means that, if you're particularly daring (and stocked up on healing items), you can decide to beef up your Pokémon extremely early in the game. While fighting wild Pokémon over and over to gain experience and level-up way beyond your opponents was a tedious process in the past, this game initially turns every one into an exciting challenge that also nets you the experience you need.

My own Pokémon adventure, from start to beating the champion, took me a little over 30 hours, which is a lot less time than I usually spend on mainline Pokémon games—and that was with my Pokémon consistently being 10 to 15 levels above those of the gym leaders'. I've seen other players who've invested more than 90 hours before beating the Champion, and I love that the game offers that huge variety. Still, I'm absolutely not done with my journey—and have sunk an additional eight hours into the game since "finishing" it. The game seriously makes me want to catch 'em all.

It's Not the Same Old Pokémon Story

Pokémon games have been around for more than 20 years, and it's fantastic to see that Sword and Shield are really mixing things up in terms of telling a new Pokémon story that doesn't feel identical to the ones that preceded it.

Overall, it's certainly less predictable than past Pokémon games. It introduces players to the game's legendaries at the get-go, adding an air of mystery to the entire adventure, even if we all know them already thanks to the games' box art. While I found rival Hop's overzealousness a bit much at the beginning of the game—especially given the fact that I kept beating him, badly—it was incredible to watch him transform over the course of the story and learn a little humility. 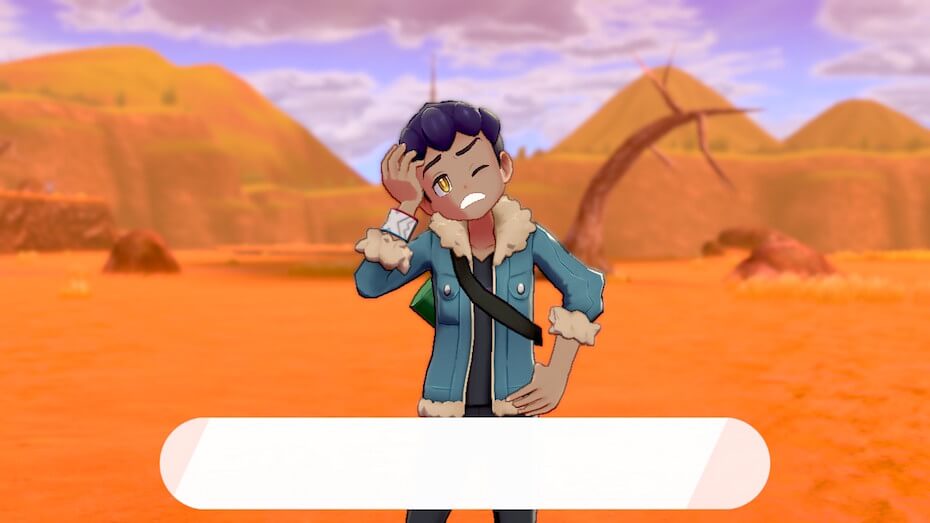 And while it's far from the first game to have more than one rival, these ones have felt the most varied and fully-realized. They're not just your pals who tag along. They each have their own stuff going on, and their own expectations to live up to. 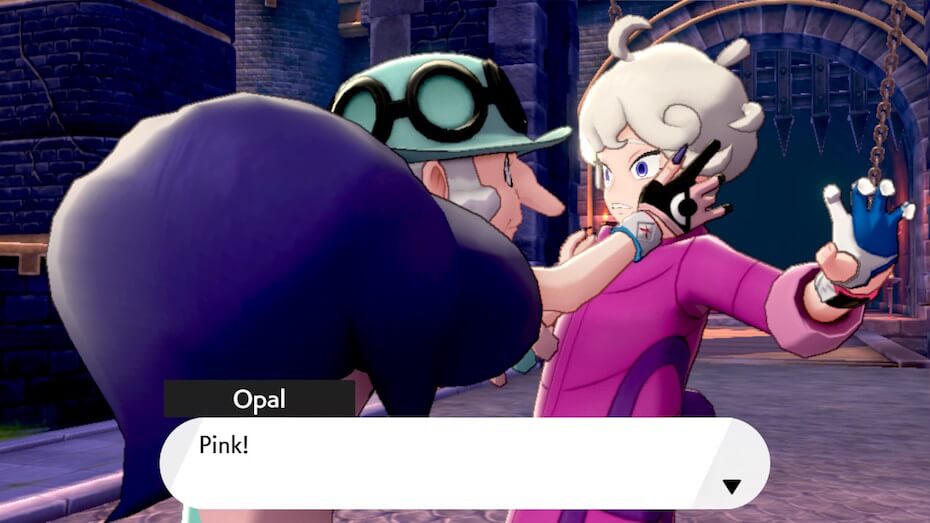 It also breaks from tradition by allowing the story to develop offscreen. When the Pokémon professor's granddaughter Sonia kept making discoveries, I was surprised every time she said she'd go check it out herself and told me to just continue on with my Pokémon adventure. I interacted with her a lot more than the actual professor, whose expectations for her seemed to weigh on her constantly. Even the game's group of "evildoers," Team Yell, are just misguided fans who grow and learn over the course of the game. 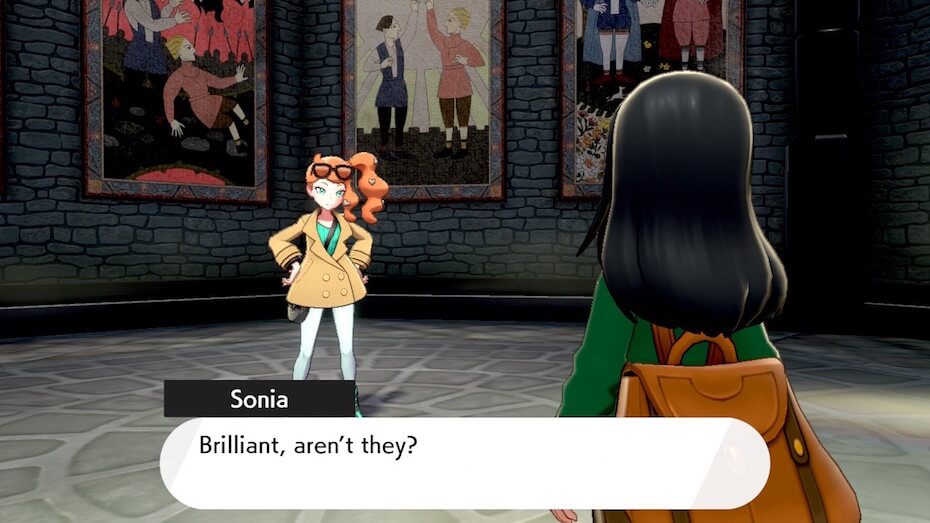 Every past game's main storyline has ended with the Pokémon League. Once you arrived there, you could expect to fight the region's Elite Four and Champion in order to be crowned the champion yourself. But things are different in the Galar region. First, you fight your fellow championship challengers before competing in elimination rounds to finally defeat the Champion, Leon—with a few interruptions in between. I don't want to spoil too much, but every time I was pretty sure the main story was wrapping up, it introduced something entirely new and went in a different direction. It wasn't following the same old formula, and I appreciated that. 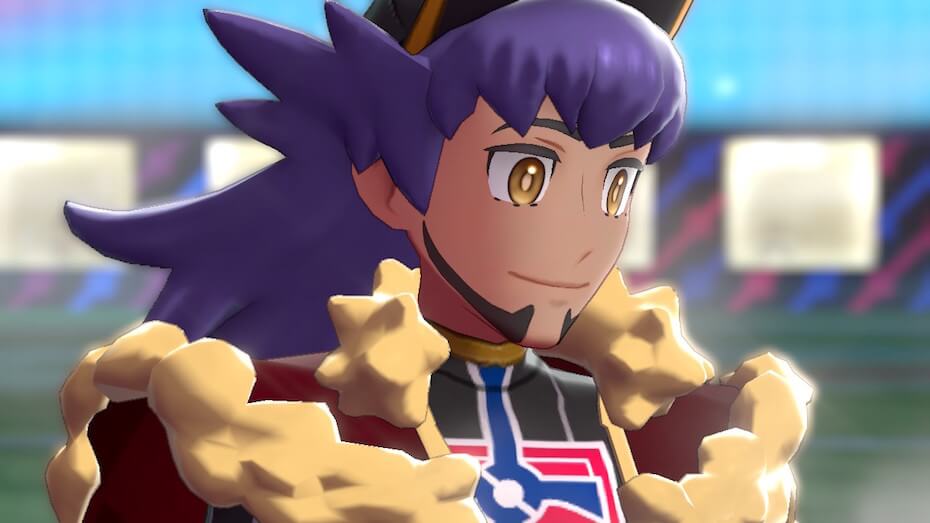 The Pokémon Selection Is Incredible

Thanks to the Wild Area, players are immediately given a lot of choices when it comes to assembling their Pokémon dream team, with a great mix of new Galar Pokémon and favorites from past generations. While I had no intention of making them my permanent team when I caught them, my starter Sobble and the Pokémon I caught in the first patch of grass saw me through the rest of my journey—with one exception. That's never happened to be before, but it really speaks to the strengths of this latest crop of monsters. 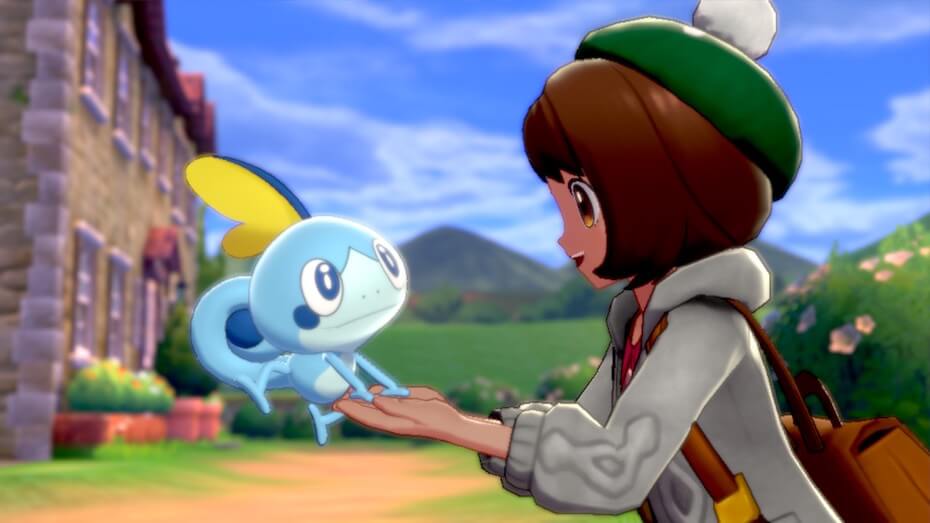 When I caught the adorable bird Rookidee, I had no idea it evolved into the awesome raven Corviknight that I was coveting, and even though I like Yamper, Blipbug and Chewtle's designs more than I do their final evolutions, they all proved valuable members of my team. Even as I refused to evolve my beloved Sobble, I toughened him up with an Eviolite held item to boost his defenses. 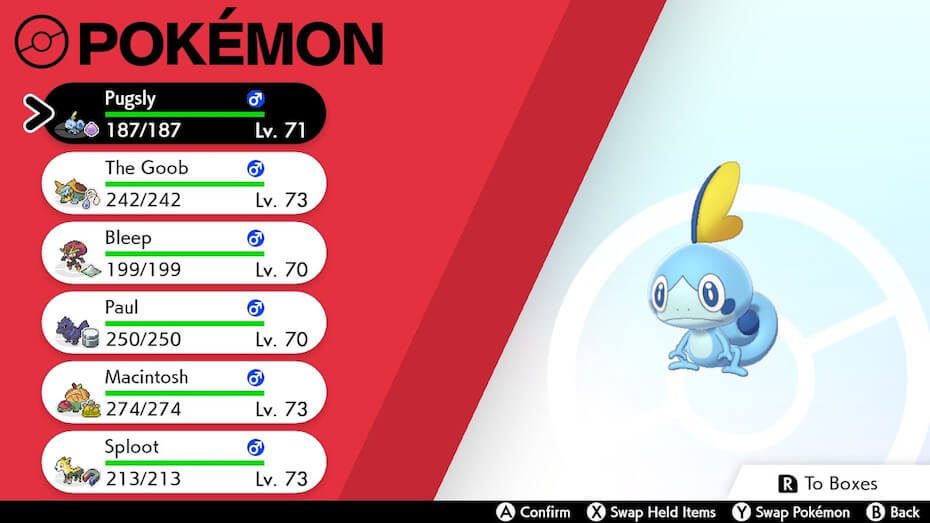 Unfortunately, I did have to ditch my squirrely Skwovet once he evolved into the awkward Greedent, but thankfully a lot of the new Pokémon designs are absolute gems. As I was searching for its replacement,  I encountered a weird apple Pokémon called Applin and immediately fell hard for it. Then I got extremely lucky—its evolved form in Shield turned out to be an apple pie-shaped dragon named Appletun. 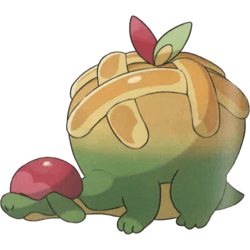 Upon seeing it, I knew I'd filled the last space on my roster that took me all the way to becoming champion—even if the delightful Clobbopus came very close to replacing someone else on my team. 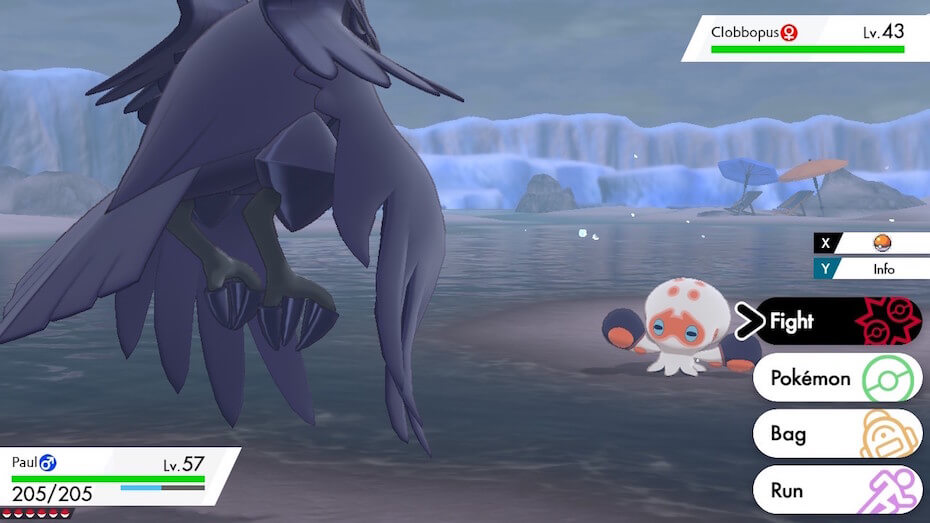 Battling Is Better Than Ever

The battling in Sword and Shield may not be the next-gen brawl that some fans were waiting for, but it still feels bigger and better than it ever has before. Gym battles take place within crowded stadiums, making the fights feel epic and momentous. With roaring crowds cheering me on, every one felt like a big deal. The final showdowns in the game are Super Bowl-level massive, with thousands of spectators, whereas past matches against the Elite Four felt like they took place in a secret backroom somewhere. 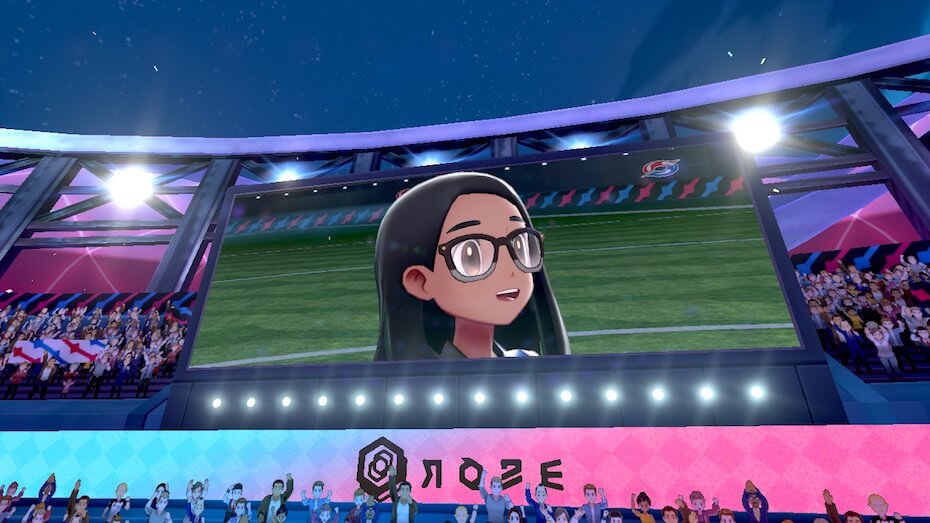 The fact that certain trainers even interrupt the battles with dialogue made them feel more alive than ever. Some of the game's characters are seriously strange and packed with personality, making them unforgettable.

And then there's Dynamaxing. When the concept was first introduced, I thought it was just a silly gimmick to simply inject a new idea into the Pokémon universe. Luckily for us, it winds up being so much more than that. Making your Pokémon enormous (and sometimes changing their form through Gigantimaxing) enhances their stats and moves for just three turns, making when and how you use it a key part of your battle strategy. The writers even managed to strongly like it to the narrative and the themes of the game. 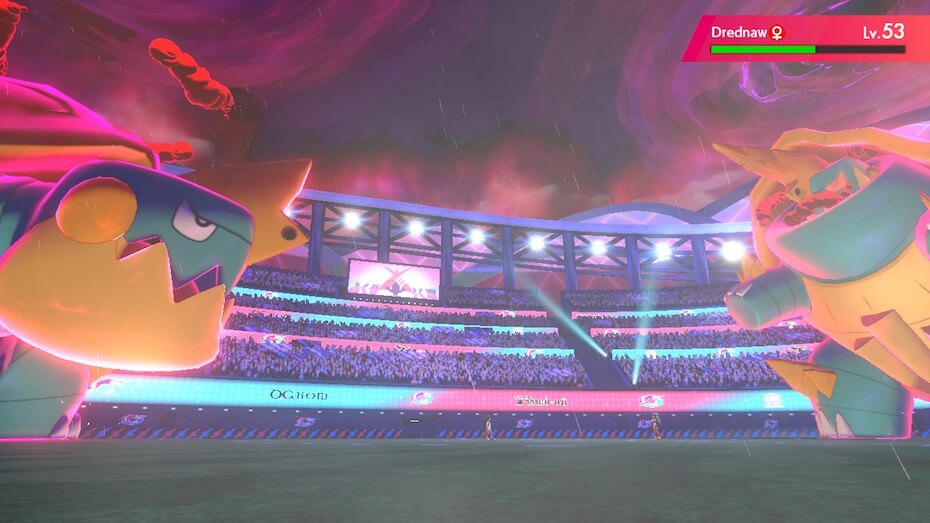 It can also make for some really great in-game moments. In the very final battle of the main game, I assumed I'd easily be able to take down the champion Leon's fire and flying-type Charizard with my rock and water-type Drednaw. Even though he was Gigantamaxed, morphing into a special form, and I was simply Dynamaxed, I thought I had the battle in the bag. Of course, he was faster than me and surprised me with a grass-type move that devastated Drednaw with a single hit. It was a rude awakening, but it made for a tense and dramatic final battle with the rest of my team that was a lot more interesting than if I'd one-hit KO'd him instead.

It Makes You Want to Catch 'Em All

There are 400 Pokémon available to catch (so far) in Sword and Shield, and to me that seems like the perfect not-too-big, not-too-small number that really makes me want to catch 'em all. One new game feature is current recommendations in the Pokédex, which highlight uncaught Pokémon that you catch in your current location and weather conditions.

This made catching Pokémon seem like doable guided quests, rather than the completely overwhelming undertaking of tracking down 400 critters at once.  As someone who loves making to-do lists breaking down each detail, and checking things off often in order to feel accomplished and propel myself forward, this has been incredibly helpful for me. My Pokédex is currently at about 220, and it's growing every day. 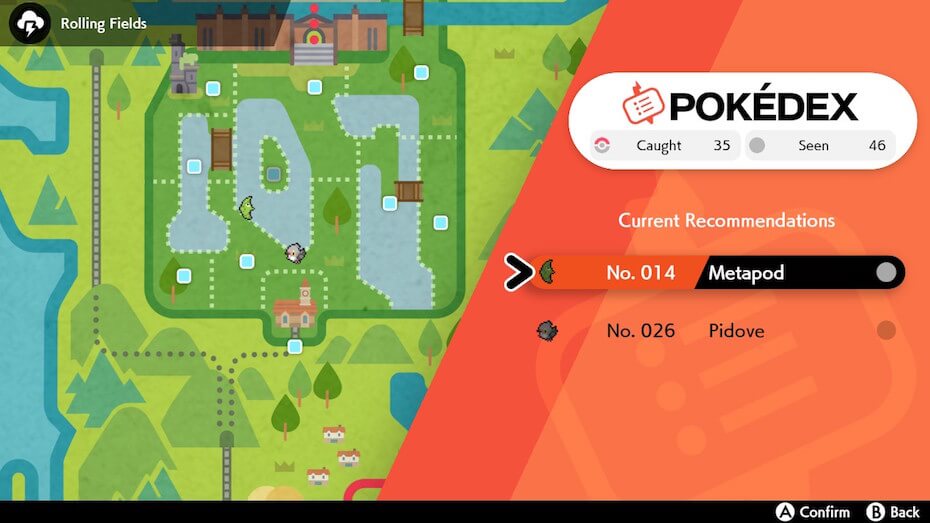 Pokémon Camp Is So Sweet

There's something quite special about seeing your whole Pokémon team interact together in Pokémon Camp, and it's become one of my favorite new features in the game. I've loved seeing the dynamics between different Pokémon resulting in playful chats or full-on fighting, and there's something sweet about playing catch to bond with your Pokémon. It feels a lot more personal that the gameplay in Pokémon Amie and other past iterations of those bonding games. 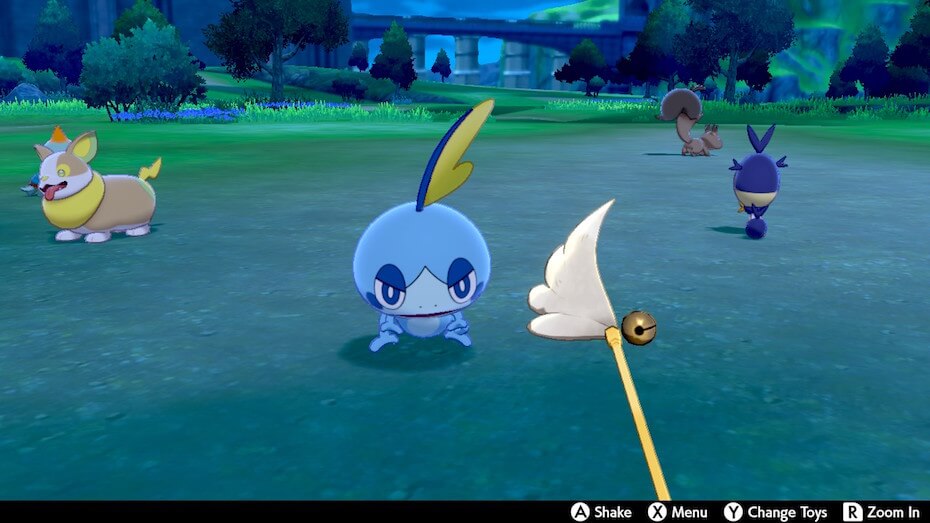 But mostly, I've gotten weirdly obsessed with making curries for my Pokémon. By combining berries and other ingredients, and then cooking your meal to perfection, you can create various curries that restore your Pokémon's health, boost their experience and make them adore you. Toward the end of my adventure, I got weirdly obsessed with trying to make a top-tier Charizard curry, and when I finally did I was thrilled.

Finally made some of that GOOD curry today #PokemonSwordSheild pic.twitter.com/CgQaIxZIT3

Trying to catch them all yourself? Click HERE for some tips on how to make Pokémon easier to catch in the game.