My Favorite Pajama Shirt Is Made out of Bamboo

No matter how many cute, expensive-looking pajama sets I get from my family every holiday season, oversized T-shirts remain my go-to PJs.

They're comfier and more relaxed than nightgowns, and easier to wear than pajamas with multiple pieces or lots of buttons. But they're also not built for sleeping, so I need a new one every night if I want to feel clean and cozy at bedtime.

That's why I'm a little bit obsessed with Recliner's night-tee sleep dress, a pajama shirt that replicates the feeling of sleeping in a baggy boyfriend tee while still being actual pajamas built for sleep. 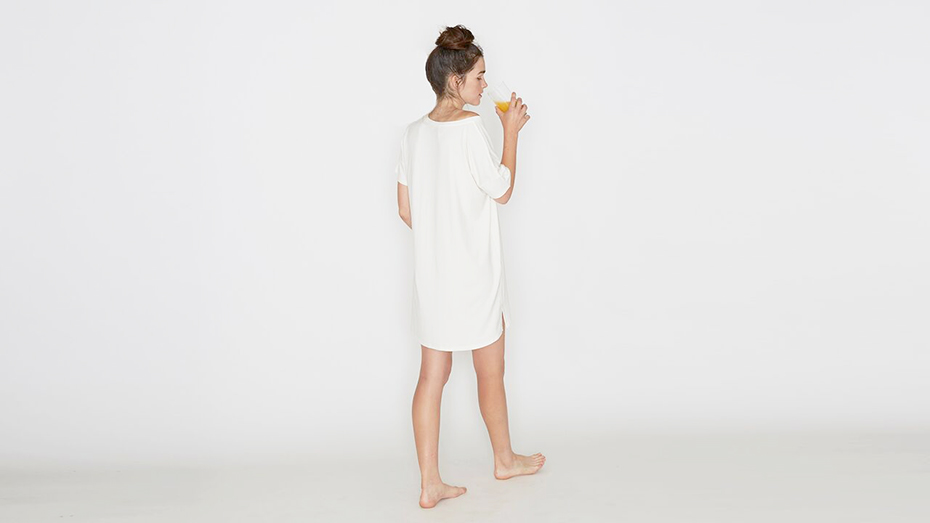 The sleep dress boasts a unique rayon fabric made from bamboo. As far as I know, I've never worn bamboo fabric before, but I'd love to wear more of it. I expected it to be coarse, but it actually feels like silk on my skin.

Bamboo apparently has long fibers, causing the fabric to be moisture-repellant. As I've worn the sleep shirt on and off over the last month or so, I feel like sweat hasn't been an issue. It's been nice not having to toss it into the hamper after just a use or two.

It also keeps nice and cool on hot nights, while retaining heat on chilly ones. While I've only worn it during the spring season, I'm hoping it'll stand the test of both summer and winter temperatures.

Of course, comfort is No. 1 when it comes to pajamas, and this shirt is comfy. My typical giant pajama T-shirts definitely don't feel like silk. It's got a boat neck that's anything but constrictive, and the body is flowy without ever feeling too loose. It looks like a straight-cut T-shirt, but with the length of a dress, and with side slits for easy movement.

And even though it's built for bed, it's also great for lounging around the house before bedtime—or the majority of a lazy weekend morning. It's also modest enough to wear around the house, so you won't have to throw something on over it when you answer the door for the pizza delivery person. 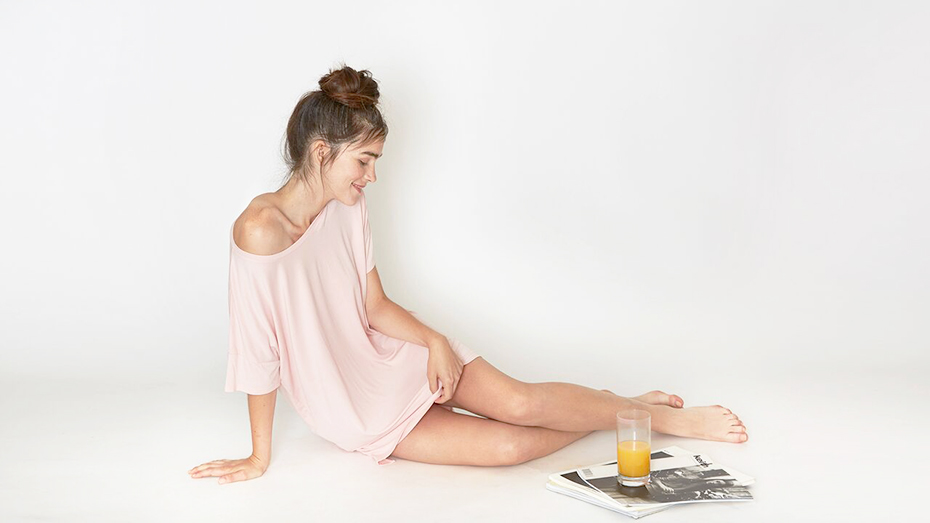 I don't have anything negative to say about the night-tee itself, but its $70 price point is definitely above the average cost of the big T-shirt or bargain store pajamas I'm used to. But given the softness and heat-regulating quality of this pajama shirt, I think it's totally worth it.

Need to add more cute pajamas to your collection? Click HERE to see what Disney has to offer.