Regular Show Is Ending: Here's What You Should Know About the Series

After more than six years on the air, the final episode of Regular Show airs tonight on Cartoon Network.

We're not ready to say goodbye to Mordecai and Rigby just yet, so we put together some of our all-time favorite trivia about the show. How many of these did you already know? 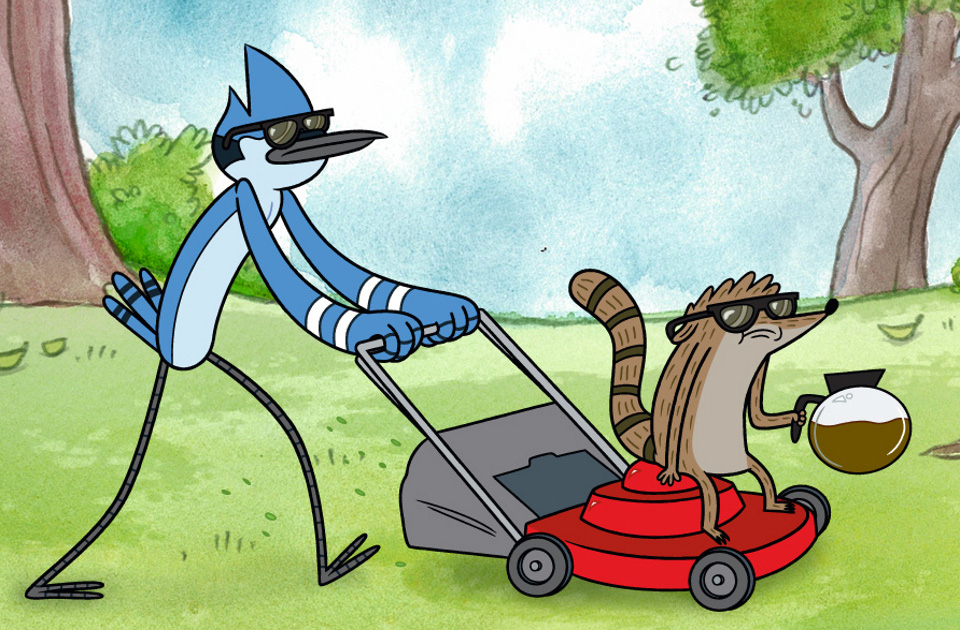 1. In the original concept for Regular Show, it was called Normal Show and it was about animals who take care of humans on display in a zoo.

2. Regular Show creator J.G. Quintel went to the California Institute of the Arts where he was friends with Pendleton Ward, the creator of Adventure Time.

4. High Five Ghost is the only Regular Show character with a shadow. 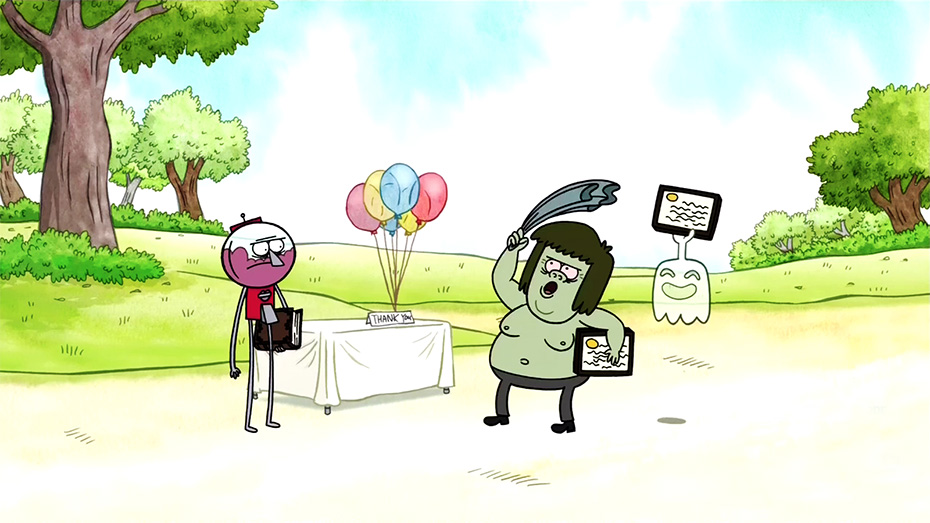 5. The character Skips is voiced by actor Mark Hamill, who you probably know better as Luke Skywalker from Star Wars.

6. For the eighth and final season of Regular Show, the series was renamed Regular Show in Space, with all of Mordecai and Rigby's adventures taking place in outer space.

7. The episode "Eggscellent" won Regular Show an Emmy for Short-Format Animation in 2012. The episode was inspired by J.G. Quintel's real life experience trying to eat a 12-egg omelet with his brother at a restaurant called The Broken Yolk Cafe.

8. In the episode "Best Burger in the World," Mordecai and Rigby are desperate to eat a massive burger called the Ulti-Meatum. It's a cheeseburger, cooked within a bigger hamburger patty, with two other burgers for buns, plus cheese, Himalayan ketchup and other buns inside. It's been recreated several times in real life, including the image pictured here.

Hate seeing your favorite shows go off the air? Click HERE for our definitive ranking of every episode of Gravity Falls.