Having a crush is a stressful situation more often than not. You're always worried about whether or not they have the same feelings for you, how you should act around them, if they noticed that you cut your hair, etc., etc.

That's where Liv and Maddie actor and America's sweetheart Joey Bragg comes into play (I mean, we didn't make him our former #MCM for nothing!). From what you should text your crush to how you should go about making the first move, Joey is serving up some all-too-real advice on what you should do when you're feeling a certain cutie. Get ready, because the love doctor is in. 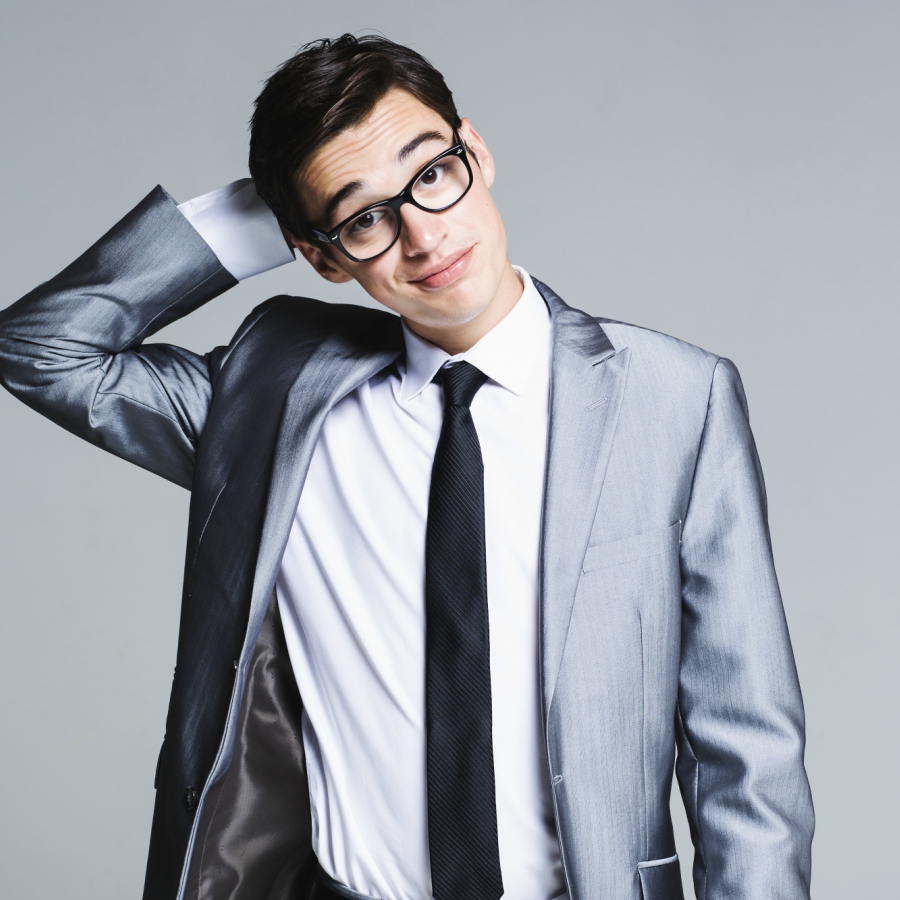 Sweety High: What do you think is the best action a girl can take when she is trying to get the attention of the guy she likes?

Joey Bragg: A lot of girls make the mistake of acting like they hate him. They're mean to him to get his attention. In my case, it's because they actually hated me. I think that the first step is to just go up, start an actual conversation and talk about something he'd like to talk about. Then he'll be like "This girl is into me! I'm going to ask her to the winter ball."

SH: Do you have any great lines for girls to use when they're trying to start a conversation with a guy?

JB: I guess you could walk up and be like "Batman works alone well, but he always needed a Batgirl." Or something along those lines. That was spur of the moment, but there are so many options.

SH: How much attention do guys actually pay to a girl's makeup and clothing?

JB: It differs from guy to guy, but I don't think it's nearly as much as the girls think we do. I definitely don't care, at least from my standpoint. I could see a girl in a sweatshirt with no makeup and that would look the same as a girl going to the Emmy's.

SH: Do guys prefer if a girl is more casually dressed as opposed to her being all dolled up?

JB: I think so! It's less intimidating. I've been dating Audrey [Whitby] for three years and sometimes she'll come out with her hair done and a dress on and then I feel incredibly underdressed.

SH: What's a one line text a girl could send to a guy that would more than likely get him to respond?

JB: It wouldn't take much. Honestly, I would respond to a "Hey" from a girl I liked. Be straight-forward. If you want to kiss his face, say "Yo, I want to kiss your face!" It's always been said that the man should make the first move, but it's 2016 and the times they are a-changin'.

SH: Do you think you can ever be too forward though?

JB: Guys can, but not girls. If a pretty girl was like "You look good in those shorts," I wouldn't be like "Ugh, disgusting!" I would maybe say "Thank you so much, let's have a conversation."

SH: If a girl's crush always likes her Instagram posts or is always watching her Snapchat Story, does that mean he likes her?

JB: Yeah, probably. I can say that from experience. When I was in high school, if there was a girl I liked, I would look at her Instagram or Facebook all the time.

SH: So what's the best way to flirt over social media?

JB: Snapchat's good because they disappear and your crush can't zoom in to see imperfections. You should not make any relationship decisions over Facebook chat though. Flirting by sending each other heart emoticons or whatever on Facebook messaging is all right. But if you want to ask somebody out, do it in person.

SH: What do guys think about a girl asking them out on a first date?

JB: I love that! Be more forward! I really think more girls should ask boys out. It's so attractive. No guy's like "Oh yeah, I love the process of asking a girl if she likes me." That's never fun. It's always nerve-racking.

SH: Then what's your advice for dealing with rejection if a girl is bold enough to ask a guy out and he turns her down?

JB: I have always been an advocate for not letting things be awkward. I deal with everything with humor and I deflect it. Tell the person how you feel in a joking manner, without any heftiness to it. Keep a lighter tone. I feel like that always makes everything easier.

SH: What's your single best piece of advice you can give to a girl regarding her interaction with her crush?

JB: Be chill, dawg. You'll be fine. Nothing bad is going to happen. The worst they can say is "No" or "Get out of my face," but in a few years none of that will matter.

Apart from giving excellent relationship advice, there are many more reasons we'd like to share as to why Joey is worthy of our #MCM title HERE.