How I Coped After Being Dumped Out of the Blue

When I was in high school I suddenly became one of those "relationship girls."

It first began with a few boys who came and went like lab partners, each having their own place in my relationship road, but none who really made my heart race.

This was until I met Ryan*, who would become my first long-term boyfriend. Once we met, our relationship took on a life of its own, and before I knew it we were celebrating our one-year anniversary at the Cheesecake Factory—I know, I know.

While things weren't always perfect, I was beginning to picture Ryan in my future. That is, until he suddenly broke up with me out of the blue for seemingly no reason.

Continue reading for my tale of heartbreak and how I healed through that rough time:

Ryan and I were very different people which made our coupling a little confusing to both of us. We knew that we liked each other and that we had undeniable chemistry, though our interests couldn't have been more different.

It was for this reason that we were prone to arguments. At times I began to resent him because he insisted we always hang with his friends, and that he felt like an alien in my world. But whatever the case for contention, we always came out on the other side.

One thing that permanently frustrated me was his lack of lovey-dovey interest online. At the time, Myspace was the major social network, and once we started dating, almost all of my profile pictures included him. It irritated me—though I hated to admit it—that I was all but completely absent from his profile.

One night I was scrolling through his page when I noticed a major red flag. He changed his relationship status to "single." My jaw literally dropped when I saw that one-word lie where a declaration of love should have been. 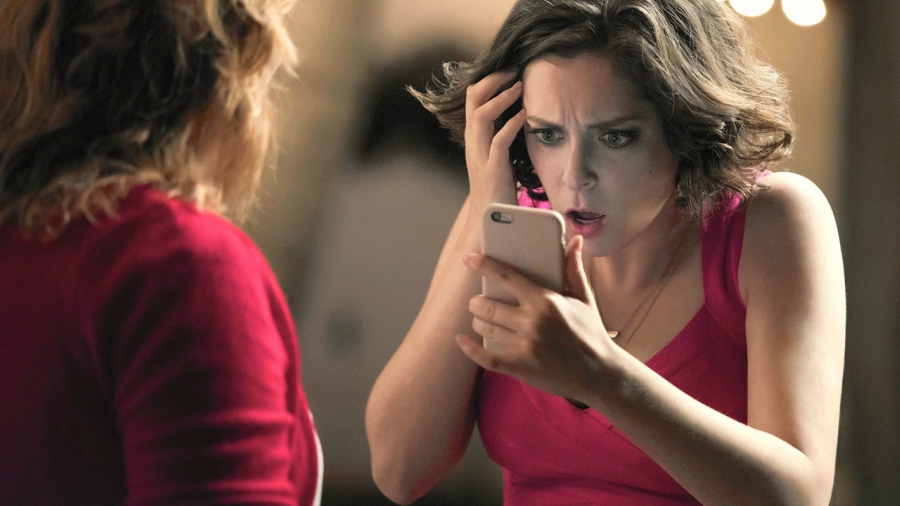 (Crazy Ex-Girlfriend via the CW)

I immediately called him, because of course. When he answered, he fumbled over some obvious lies, the most popular being, "It was an accident."

Not only was this sudden switch totally disrespectful to me as his girlfriend, but also as a person because it was so blatantly untrue. It was like he was questioning my intelligence! In no stretch of the imagination can you "accidentally" change your relationship status from "in a relationship" to "single." It's not like leaning on a light switch and causing the lights to go out. It takes deliberate action.

After a few minutes of my interrogation, he finally changed his story. Only this one didn't make me feel any better.

He told me that he didn't want to be with me anymore but didn't know how to tell me. The conversation was incredibly brief and I was so surprised that I couldn't even think clearly. It seemed like a dream—like I was trapped in some type alternate ending, the one that was obviously thrown out in favor of the better more romantic happily ever after. 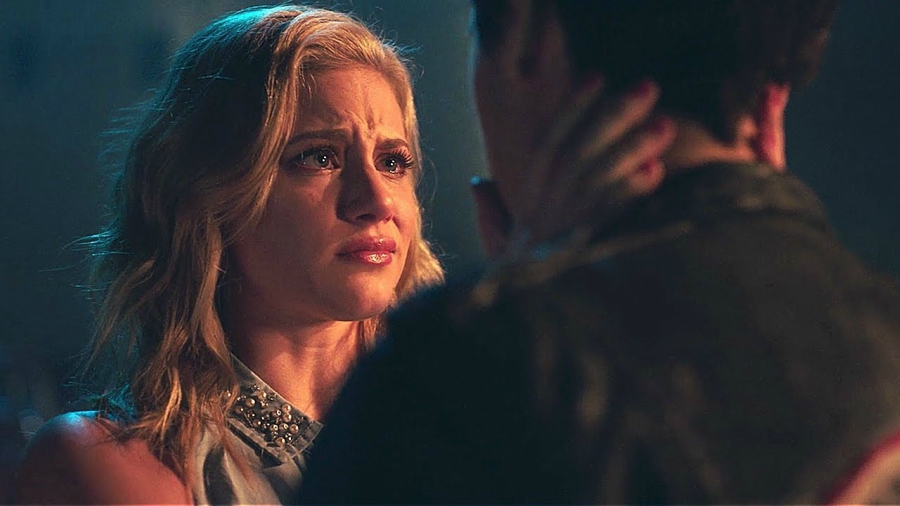 We hung up, and with that, the relationship was over.

Without even processing what had just transpired, I called my best friend. As the phone rang and rang I remembered that she was at Disneyland with her family that day. But this was an emergency. When she didn't answer I quickly dialed her mom's number and waited.

To my great relief, my BFF's mom answered, and sensing my desperation, passed me over to my friend. I sobbed to her that Ryan had just broken up with me out of nowhere and I didn't know what to do. Unfortunately there wasn't much that she could do either as her family Disney day wasn't anywhere near over. She told me to try and calm down, that it was probably a misunderstanding, and that it would clear up tomorrow.

Only it didn't clear up the next day.

Ryan had made up his mind that we were through, just shy of a year-and-a-half of happiness. Sure, we fought at times, but it was so far from my brain that we were nearing a breakup that I had began daydreaming about forever. 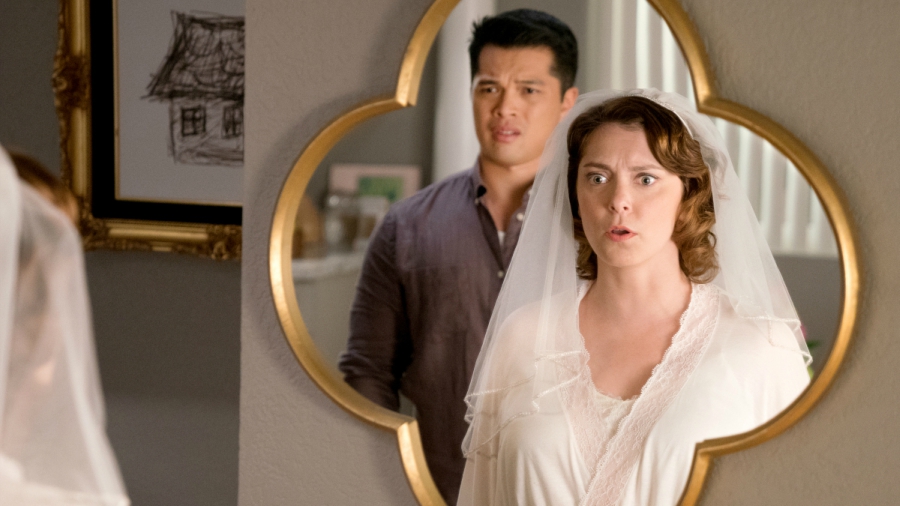 (Crazy Ex-Girlfriend via the CW)

Of course looking back on it now, that was never going to be an option, but at the time it's easy to get so wrapped in love, especially your first love, and you can't imagine a day when you're apart.

As I began to realize that the breakup was here to stay, I felt completely helpless. For days I couldn't eat or sleep much—late night is always the hardest time when your heart aches.

In order to heal, I spent many nights a week at my best friend's house. We stayed up late talking about both the good and the bad, and after some time I was able to gain my sense of humor back. Though, no matter how late we both stayed up, there was always the hour that she fell asleep and I took to her private bathroom to cry alone.

I felt such a heavy weight of sadness in my chest that I honestly thought would never leave. I wanted more than anything to just be alone all the time but thankfully my BFF knew better and made sure I was always with her. She dragged me along to hangouts and placed my favorite foods beneath my nose until I got my appetite back.

After about two weeks of feeling completely numb, I felt myself thaw. I was doing the impossible, I was living without him. It seemed like I would disappear into nothing without Ryan in my life, but the truth was that I was doing just fine. I had much more time for my friends, which was so much more fun than spending time with his.

Within a month I was completely back to normal. Of course I continued to think about him, sometimes expecting that I'd suddenly wake up to find this entire heartache was just a passing nightmare. I even daydreamed about him walking into one of my classes, interrupting the teacher, and asking to have me back. That said, these were just fleeting thoughts and I knew deep down that it was over for good.

Having my best friend at my side saved me through those months. I spent so much time blaming myself, wondering what I did wrong and second-guessing our entire relationship. Did he ever really love me? Would anyone else ever love me? While these thoughts are nearly impossible not to have, they certainly aren't productive. Just because one relationship doesn't work out doesn't mean that the rest of your future love life is doomed.

Having friends around to reassure that these thoughts were, for lack of better words, dumb, was the best thing I could have done. There is no one who can take your pain away, but surrounding yourself with love and friendship is a good way to speed up the recovery. 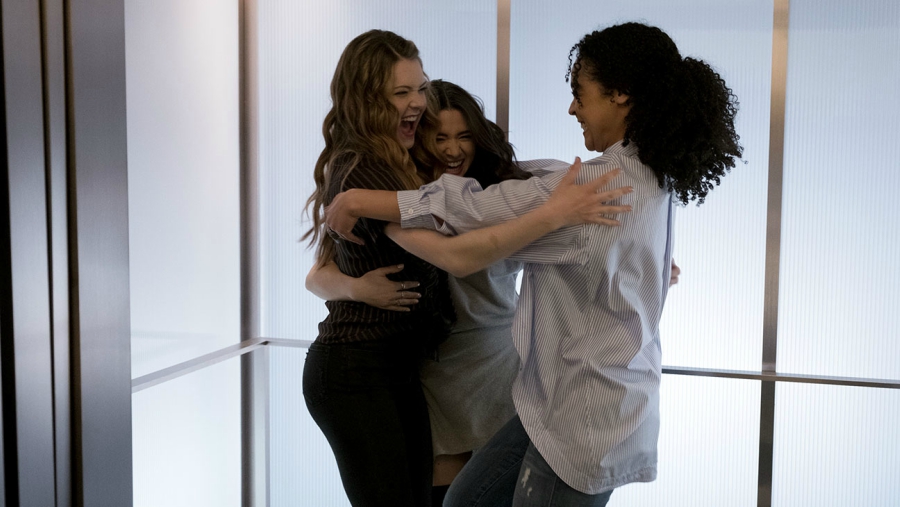 The time I spent isolated was definitely the least beneficial to my self-healing. Sure, a little alone time is a must, and of course tons of tears are a guarantee, but a healthy balance of both is what really got me back on my feet.

For anyone experiencing a total life altering break up that came out of the blue, I suggest you dive deep into the cuddle puddle that is your best friend group. They're more help than you could ever imagine. And, someday soon, I promise, you'll begin to feel like yourself again.

If you're currently single and finding it hard to mingle, click HERE for seven things to remember when you think you'll be alone forever.